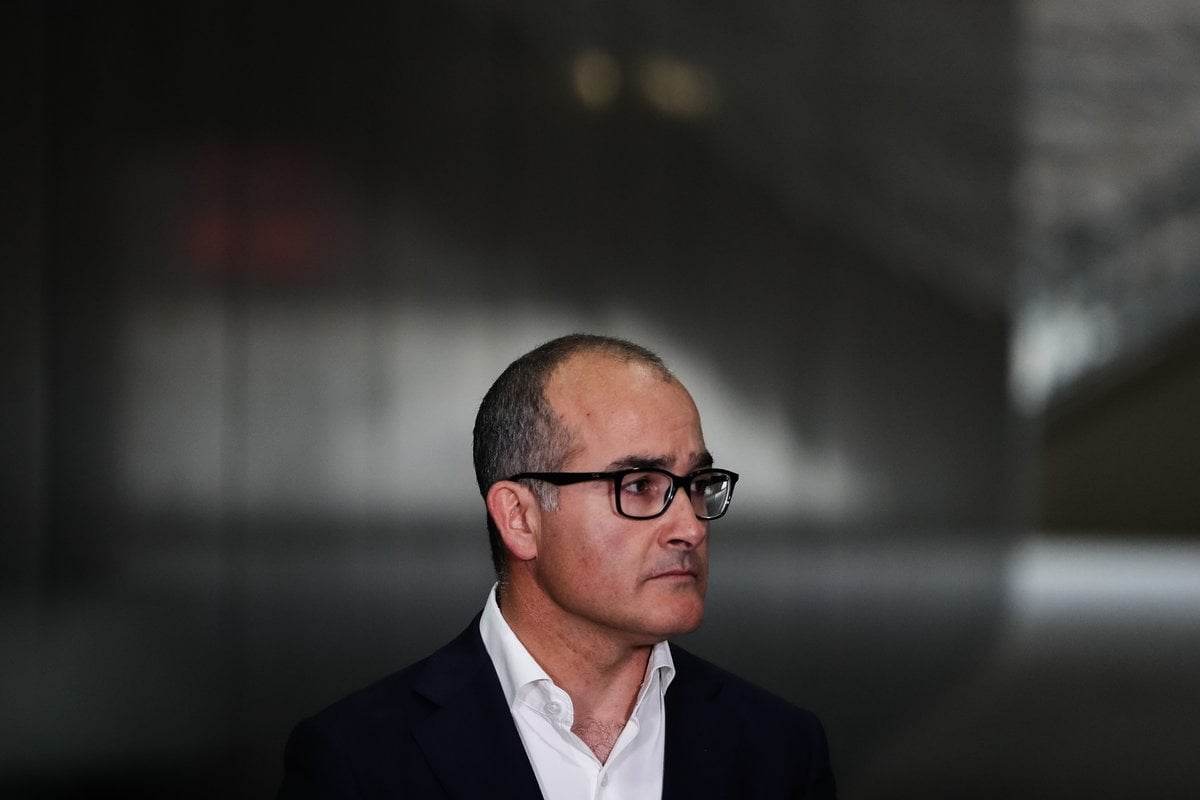 The Victorian Government has announced a 7-day lockdown to slow the spread of the virus, as the state recorded 12 new locally acquired cases on Thursday,

As of Thursday morning, that has now grown to a total of 26 cases and 80 sites.

There are now five reasons to leave home, instead of the original four that has been used in previous lockdowns. People can leave their home for:

On Wednesday, Chief Health Officer Brett Sutton was confident authorities had "run down multiple generations of transmission", but he was concerned about the amount of time positive cases have been out in the community.

He said any lockdown would be broad rather than confined to the city's northern suburbs, with confirmed cases travelling to Bendigo and as far north as Cohuna on the NSW border.

"We've got significant spread of exposure sites at the moment so it's not something that we would look to at a postcode level," Professor Sutton said.

A sense of déjà vu as a line of cars flood the Royal Melbourne Showgrounds testing site. It’s set to open at 8am. @9NewsMelb @TheTodayShow pic.twitter.com/MPIWc2u8xT

An infected person attended the Collingwood-Port Adelaide AFL game at the MCG on Sunday, while one was also at the North Melbourne-Essendon clash at Marvel Stadium later that same day.

Since Tuesday, a number of restrictions have been implemented in Greater Melbourne, including gathering limits of five people at homes and 30 in public, along with mandatory masks indoors.

The outbreak is linked to SA quarantine.

Genomic sequencing shows the City of Whittlesea outbreak is linked to the case of a Wollert man, who contracted the virus in SA quarantine earlier this month.

An official SA report released on Wednesday found it likely he caught the virus through aerosol transmission due to the "close timing of doors opening and closing" from an adjacent room with an infected guest.

A rush for vaccines.

The outbreak has led to a rush by Victorians to get vaccinated, according to official figures. The number of doses delivered by the state government rose from 8,269 on Monday to 15,858 on Tuesday.

The federal government administered a similar number of doses via GP clinics and in the aged care and disability sectors, also on Tuesday. 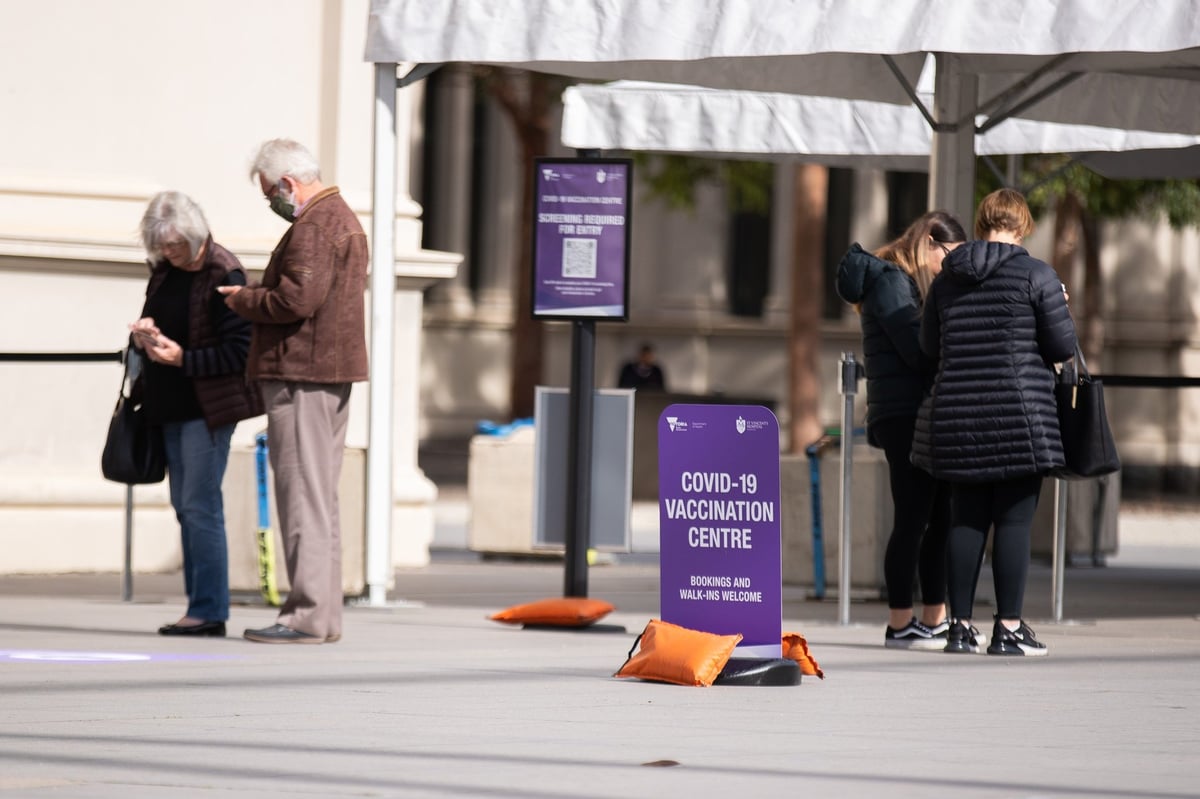 Federal Health Minister Greg Hunt said Tuesday was a record vaccination day right across the country, with 104,000 vaccines delivered on that one day.

An extra 130,000 AstraZeneca doses will be allocated to Victoria over the next six weeks to cope with the demand.

The federal government has offered an additional 40,000 doses this week and 15,000 more doses per week for the next six weeks.

With the latest outbreak, other states and territories and New Zealand have reinstated travel restrictions with Victoria.

South Australia became the first state or territory to close its border to Greater Melbourne, announcing the travel ban from 6pm Wednesday.

Anyone who is not a NSW resident who has been in a place of interest must not enter NSW.

Residents who have been to a hotspot must return home and self-isolate for the remainder of 14 days since they were at the place of concern. 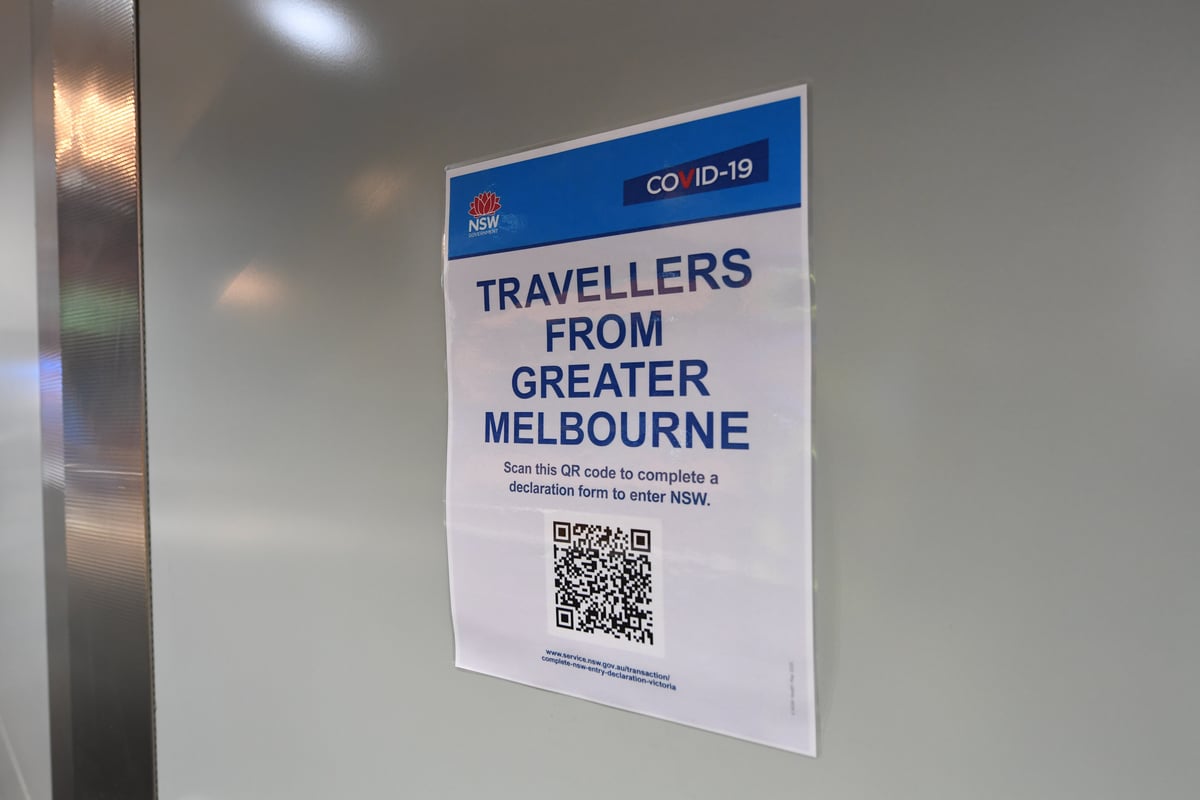 NSW is also urging residents to reconsider travel to Melbourne and parts of regional Victoria, with NSW Health issuing a public health alert for Greater Melbourne and Bendigo.

Late on Wednesday, NSW Health said it was contacting people from a sporting club based in Tooleybuc, in the western Riverina region, who attended an event in Cohuna, Victoria, on Saturday.

This event was attended by a confirmed case of COVID, and anyone who attended must immediately self-isolate and await further advice.

All Victorians arriving in Western Australia need to be tested and isolate until they receive a negative result.

Travellers who have spent time in this area in the 14 days prior to their arrival in Tasmania are not permitted to travel to Tasmania unless approved as an Essential Traveller.

Travellers currently in Tasmania and who have spent time in the Whittlesea LGA on or since May 6 must self-isolate immediately and get tested.

Anyone arriving into Queensland who has been in the City of Whittlesea local government area on or since May 11 will go into hotel quarantine unless they have a valid exemption.

From Thursday, everyone arriving into Queensland from Victoria will be required to complete a border pass.

The Northern Territory shut its border to those travelling from hotspots, including the Greater Melbourne and Bendigo council areas, from Thursday.

Anyone arriving into the Northern Territory from or through a declared hotspot must undertake mandatory supervised quarantine.

Anyone who is not an ACT resident, and who has been to a Tier 2 exposure location, is not allowed entry to the ACT.

Federal MPs from Victoria have been warned about travelling home for the weekend in case of changing restrictions that would prevent them from returning to Canberra.

The New Zealand government announced flights from Melbourne would be paused for 72 hours from Tuesday 6pm AEST.

NZ Director General of Health Ashley Bloomfield said officials were keeping a "close eye" on Melbourne and the decision would be re-evaluated on Thursday, with a possibility the pause could be extended.

Read more: Everything you need to know about Victoria's snap 7-day lockdown.