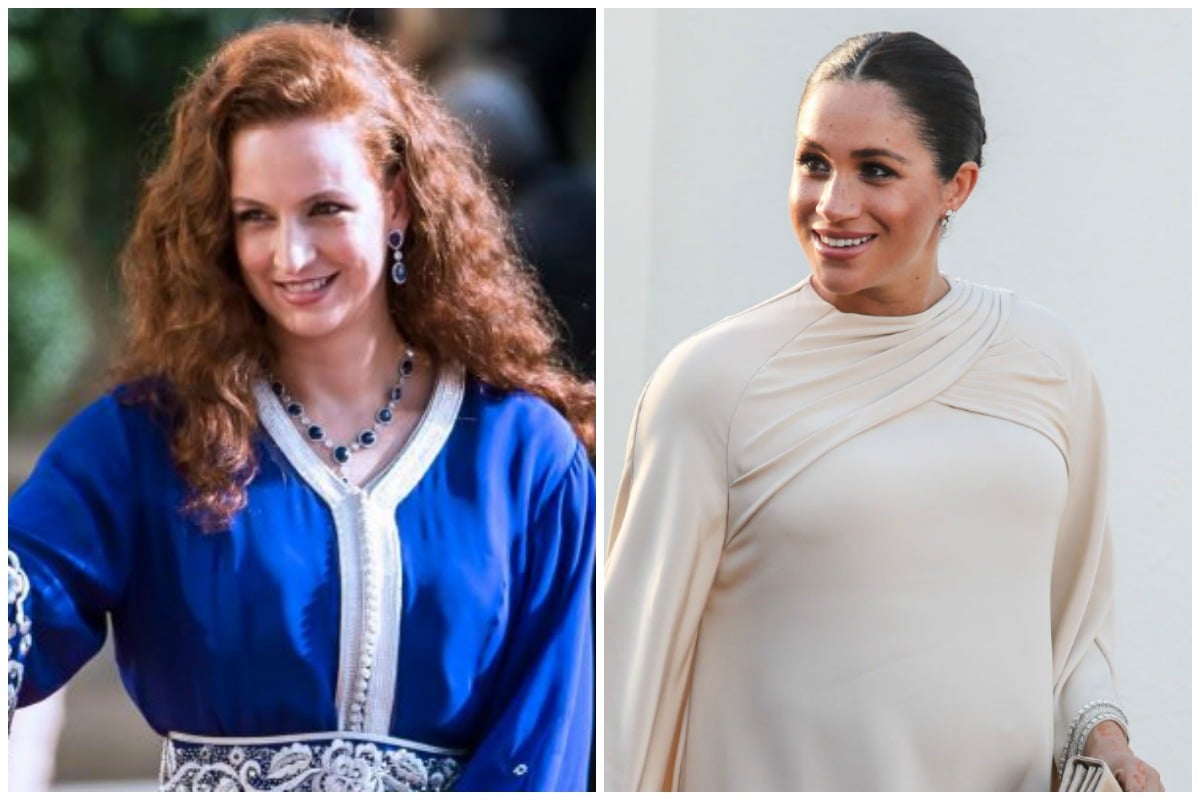 Meghan Markle and Prince Harry’s royal tour of Morocco has been heavily focused on gender equality, a cause very close to the Duchess’ heart.

They’ve visited a school which promotes education for girls in rural areas and met with influential women at a reception at the residence of the British ambassador to Morocco Thomas Reilly.

Meghan spoke about equality and feminism at the event, with The Mirror reporting that she told guests that women in the North African country and all over the world need to push the boundaries to advance their cause.

“Women have to challenge everywhere in the world,” she told a group of female executives and entrepreneurs.

Of course, the royal couple have been followed everywhere by cameras and journalists. As they champion female empowerment and equality, they’ve also had many discussion with local Moroccans.

But there is one topic that is yet to come up – The whereabouts of Princess Lalla Salma, the 40-year-old wife of the country’s ruler who had not been seen in almost two years.

Born as Salma Bennani to a upper-middle-class family in Morocco’s capital, Princess Lalla Salma has a master’s degree in computer science.

She - another strong advocate for equality - married King Mohammed VI of Morocco in 2001 and made him announce that he would take no other wife but her. The couple have two children - a son destined to be the future King born in 2003 and a daughter born in 2007.

Typically, the wives of Moroccan rulers are kept private without titles. Upon her marriage to the King, Princess Lalla Salma became the first wife of a monarch to the acknowledged publicly and given a royal title.

For much of their marriage, the extremely popular princess carried out public engagements and represented the king throughout the world.

In October 2017 she opened the Yves Saint Laurent Museum in Marrakech and has not been seen since. There has been no official word why.

In 2018, Spanish media reported King Mohammed and Princess Lalla Salma had divorced but the Moroccan Royal Court have never confirmed or denied this.

She even failed to reappear when her husband underwent open heart surgery in France. A photo shared by the king following the surgery featured his brother, sisters and children by his side. His wife (or ex-wife) was notably absent.

The Moroccan media don't dare dig into the mystery, but international reports have speculated as to her whereabouts.

Some believe she is still in Morocco, being paid for her silence, while others suggest she is in exile in the United States or living on a Greek Island.

Wherever she is, Royal Central reported in 2018 that she may have limited contact with her two children and her husband will have full custody of them.

Her current involvement in her namesake cancer charity Lalla Salma Foundation remains a mystery (she was awarded a gold medal by the World Health Organisation for her work against cancer just months before her final public appearance).

During their royal tour, Prince Harry and Meghan are being hosted by King Mohammed at a royal palace. They met with Mohammed and Princess Lalla Salma's son 15-year-old Crown Prince Moulay Hassan but his mother, of course, has been absent.

As the British royals touched down in Casablanca on Saturday night, British officials said they had no idea if they would ask about Princess Lalla Salma, given their focus on gender equality during this visit.

It currently remains a very awkward elephant in the lavish palace room.

Perhaps the Princess is hanging out with David Miscavige's wife.

And didn’t one of the Saudi princesses ‘disappear’ after trying to escape? They’re probably all off together somewhere.

Don't worry. Meghan Markle, Private Eye is on the case.

Oh. My. God. That would be awesome.

She's hiding in Australia under the pseudonym Leigh Sales.