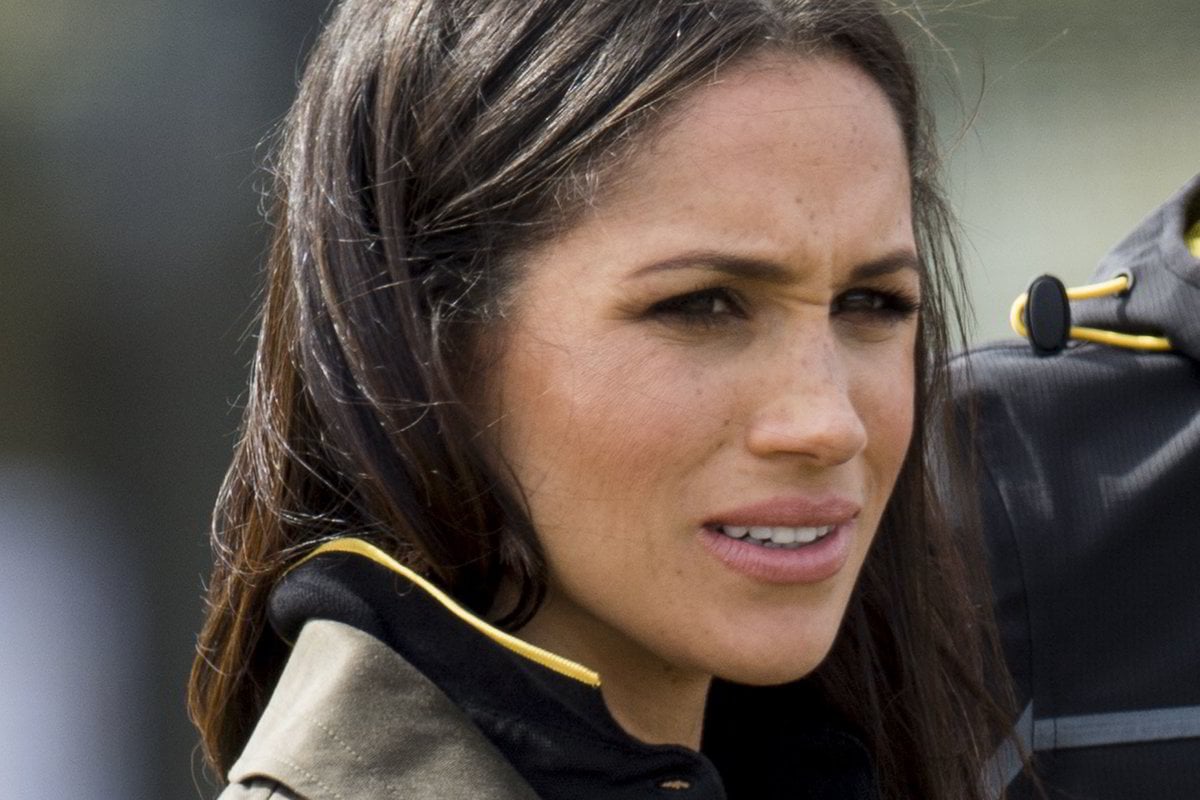 To catch up on all things royal family, make sure you check out our ﻿Royal H﻿ub. We’ve got you completely covered.

Cool, we guess. Good for them.

Harry & Meghan: From birth to now. Post continues below video.

But no... no. We simply must talk about how the estate in which their house is built was once owned by a man with schizophrenia, who was also a sex addict who carried his slippers around his house in his arms like pets.

This is all very important, relevant information that is clearly all their fault, just like how Meghan's favourite snack (...avocado) is fuelling drought and murder".

How very dare she?﻿

This week the Daily Mail ran a story about the 'spooky' history of Meghan and Harry's new home called 'The Chateau'... involving a sex addict with slipper-pets. 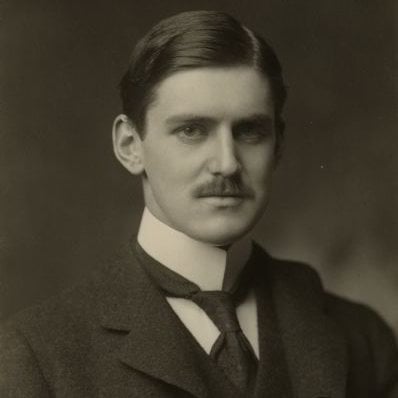 The cooler story here is how his wife, Katherine McCormick, funded most of the research necessary to develop the first birth control pill with the money she inherited after his death.

But back to Stanley and his slippers.

The McCormick family made their fortune with the invention of the McCormick Reaper, a machine that revolutionised agriculture.

The family owned the Riven Rock estate in Santa Barbara; they purchased it in 1896 and built a large two-storey home on the premises. The home was demolished after being damaged in the 1925 Santa Barbara earthquake, and later the land was sold and subdivided.

Stanley McCormick and his wife Katherine lived at the estate. Stanley was confined there, living with schizophrenia and a sex addiction for much of his life. He displayed bouts of violence and had a team of all male doctors and nurses who had to restrain him when women were in the room.

According to a 1998 book by T.C Boyle, he slept in a leather harness that kept his hands next to his ankles "all night so he couldn't touch his penis", had an obsessive foot fetish, treated his slippers like pets and had "an unusual nightly ritual with his pajamas". 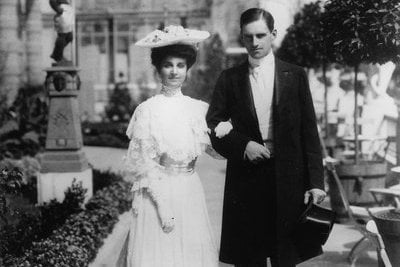 As his condition deteriorated, his family hired behavioural scientist Dr. Gilbert Van Tassel Hamilton to help. Dr Hamilton set up a primate laboratory on the estate and worked to find a cure for Stanley's conditions.

"His experiments on monkeys - a fact which will surely make the skin of animal lovers Harry and Meghan crawl - failed to produce any help for the multi-millionaire's regular bouts of dementia and violence," the Daily Mail's story reads.

Meanwhile, his wife Katherine McCormick spent a lot of time in Boston, where she was "a feminist pioneer and trailblazer - a fact surely of interest to woke feminist the Duchess of Sussex".

She just generally sounded awesome; a leading suffragette and a major advocate for birth control, she smuggled more than 1000 diaphragms into the US from Europe in the 1920s.

She had long suspected her husband's problems were caused by a chemical imbalance in the brain and established a research foundation at Harvard Medical School.

The story describes how McCormick's condition got so bad his wife and mother were unable to be near him, instead having to view him from afar with binoculars.

Honestly, it's mostly just a sad tale about mental health.

McCormick died of pneumonia in 1947 and his wife inherited his millions. The estate was eventually subdivided into land that now carries luxury homes and mansions - like Harry and Meghan's. 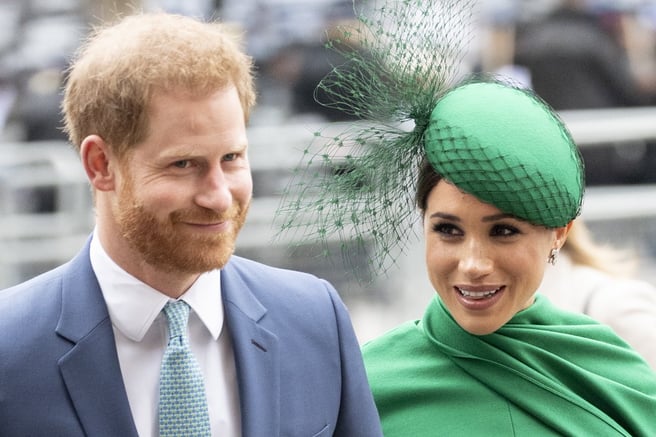 The link back to the Duke and Duchess is... tenuous, but in a world where we blame exploitation in a fruit trade on a woman who just likes avocado on toast, it is hardly surprising.

But I guess that explains the strange appearances in their recent Zoom appearances. 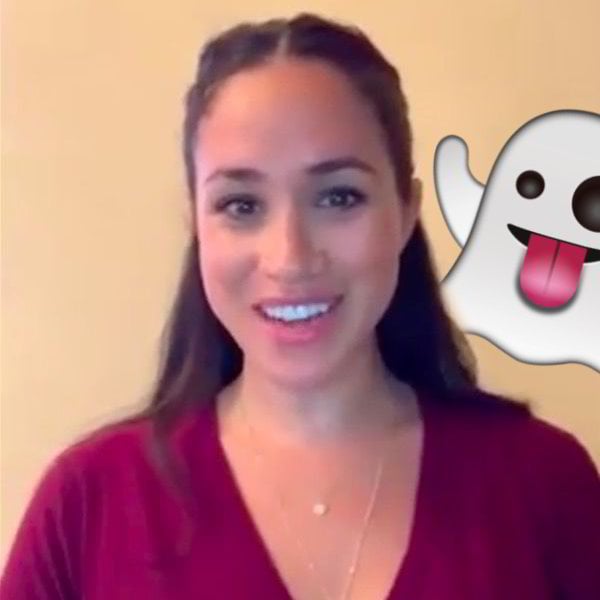 British tabloids have also cottoned onto more recent history of their home.

It is also not very relevant to the couple, except that it is because everything Meghan and Harry do is worth scrutinising thank you very much.

As reported by The Mirror, The Sun and Daily Mail, they bought the house from Russian investor Sergey Grishin.

Grishin is currently embroiled in an "intense" legal battle with his ex-wife Anna Fedoseeva, who accused him of domestic violence.

The publications quoted Fedoseeva as saying she did not think Harry and Meghan's advisors had done due diligence about who they were purchasing the home from.

Harry and Meghan reportedly took out a mortgage on their new home instead of receiving financial help from Prince Charles.

"They have settled into the quiet privacy of their community since their arrival and hope that this will be respected for their neighbours, as well as for them as a family," the couple's spokesperson said.

Quiet except the ghosts, obviously.

Reply
Upvote
96 upvotes
I really want Prince Harry to make things right again with his family.  🤴
He used to be so close to the Duke and Duchess of Cambridge, his grandmother, father and cousins. 👸🤴👑💂‍♂️
Now, it seems like he's a bit lost and like a fish out of water in LA.  🐟
G
guest2 2 years ago