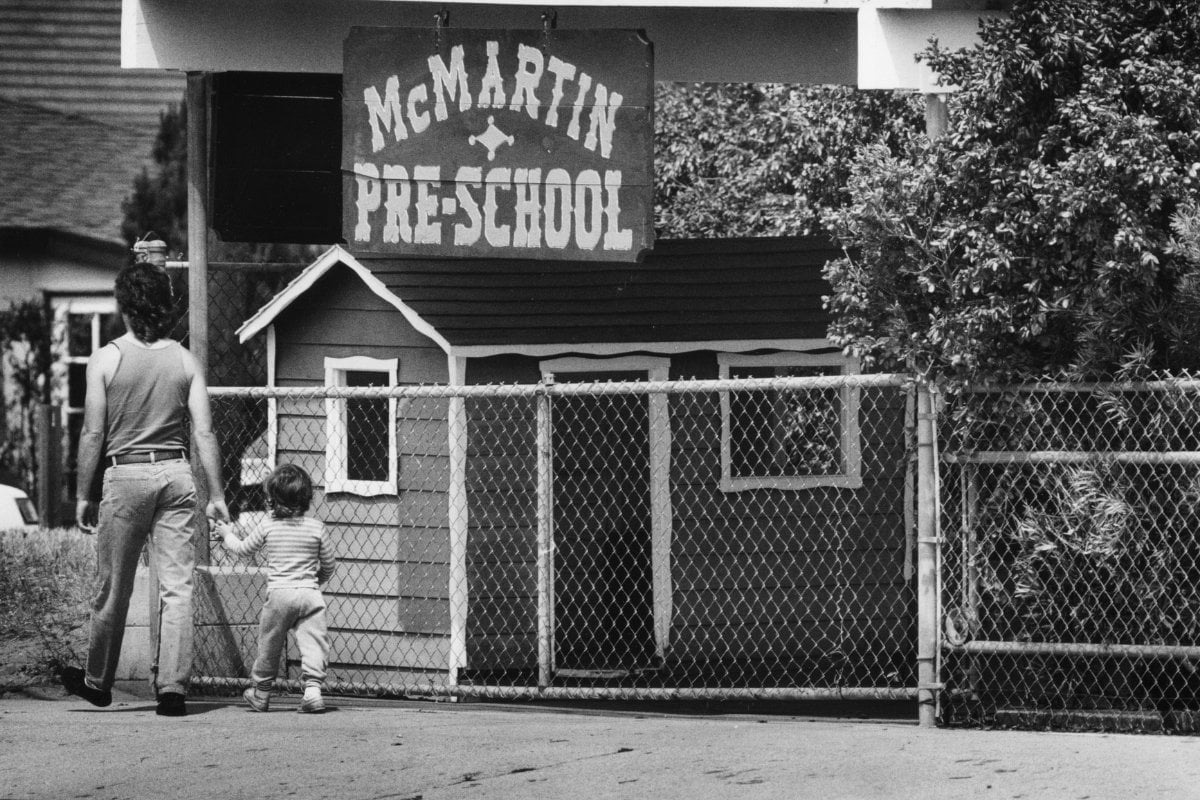 Content warning: the following deals with child sexual abuse and may be triggering for some readers.

In the 1980s, the United States found itself in the grips of a bizarre moral panic. One about an apparently growing subculture of people who worshipped the very symbol of evil — Satan.

There were media reports that Satanists and occultists were rife across the country, performing terrifying rituals and committing animal sacrifice.

But the most potent claims of all were those that Satanists were operating daycare centres where they'd commit ritualistic abuse against children.

Over the course of the decade, US courts heard several such cases, the most infamous of which became one of the longest-running and expensive cases in US criminal history. And it all started with a claim from a sole terrified mother.

In the summer of 1983, a letter was distributed to the families of 200 current and former students of McMartin Preschool in Manhattan Beach, California.

It was from police, and it began:

This Department is conducting a criminal investigation involving child molestation. Ray Buckey, an employee of Virginia McMartin's Pre-School, was arrested September 7, 1983, by this Department.

The following procedure is obviously an unpleasant one, but to protect the rights of your children as well as the rights of the accused, this inquiry is necessary for a complete investigation.

The letter went on to list possible forms of abuse including the taking of naked photographs, oral sex, molestation, and sodomy that may have been committed under the pretence of "taking the child's temperature". 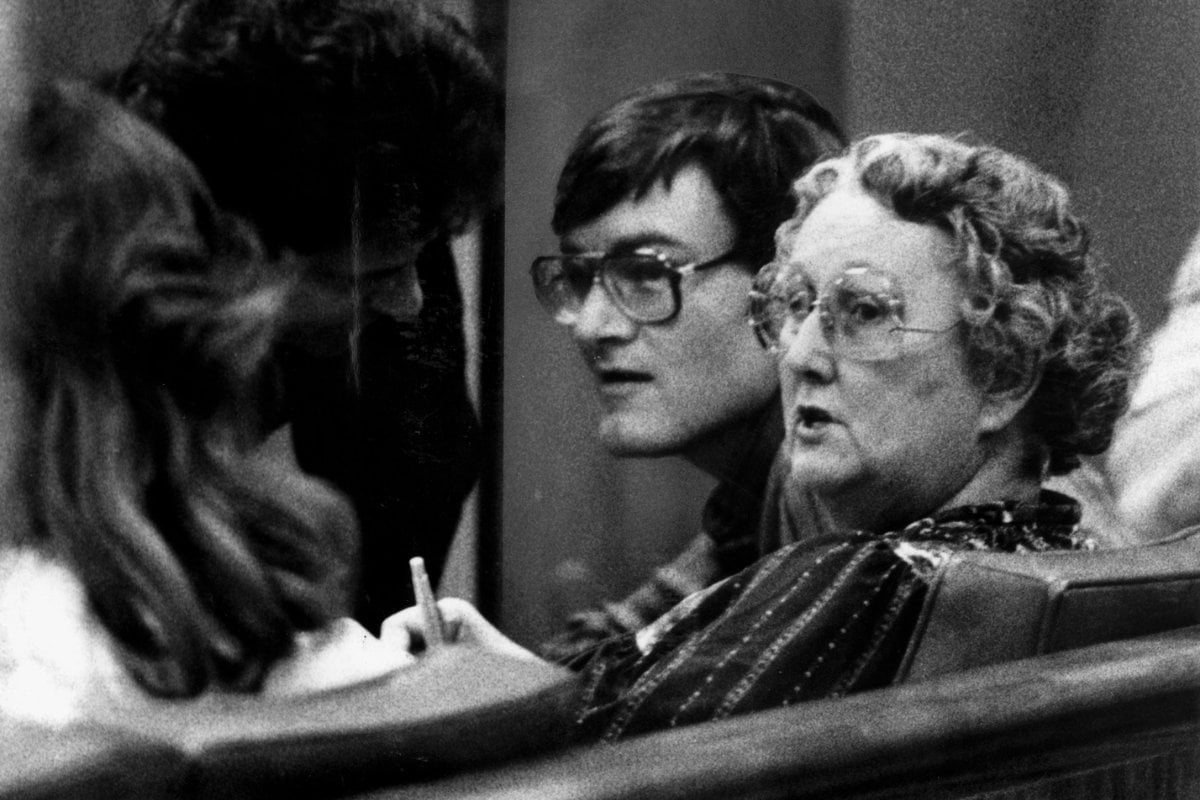 The letter followed a single report by preschool parent, Judy Johnson, who had contacted police with abuse allegations against Buckey, who was an educator at McMartin and the son of school administrator, Peggy McMartin Buckey.

Johnson claimed that her 2.5-year-old son told her that he'd been molested by Buckey and that two physicians had concluded the toddler had been sodomised.

After Buckey's arrest, some 400 children were interviewed by a team of therapists. Of those, at least 360 claimed to have experienced some level of abuse at the hands of McMartin staff.

Charges were initially laid against seven of the preschool's employees, but only those against Buckey and his mother proceeded to court (evidence against the rest was determined to be "incredibly weak").

By then the 'McMartin case' was on the lips of people all across the US, not only due to the sheer scale of the allegations but also due to the occultist themes that emerged within them.

As The Washington Post reported at the time, multiple children claimed to have witnessed animal sacrifice. One claimed to have been "taken to a circus house and molested after seeing someone in an elephant costume". Another said he was taken to a cemetery to watch the exhumation and mutilation of a corpse.

There were also claims of abuse occurring in secret tunnels beneath the preschool and even in a hot-air balloon.

But after a court process spanning seven years, neither of the Buckeys were convicted. 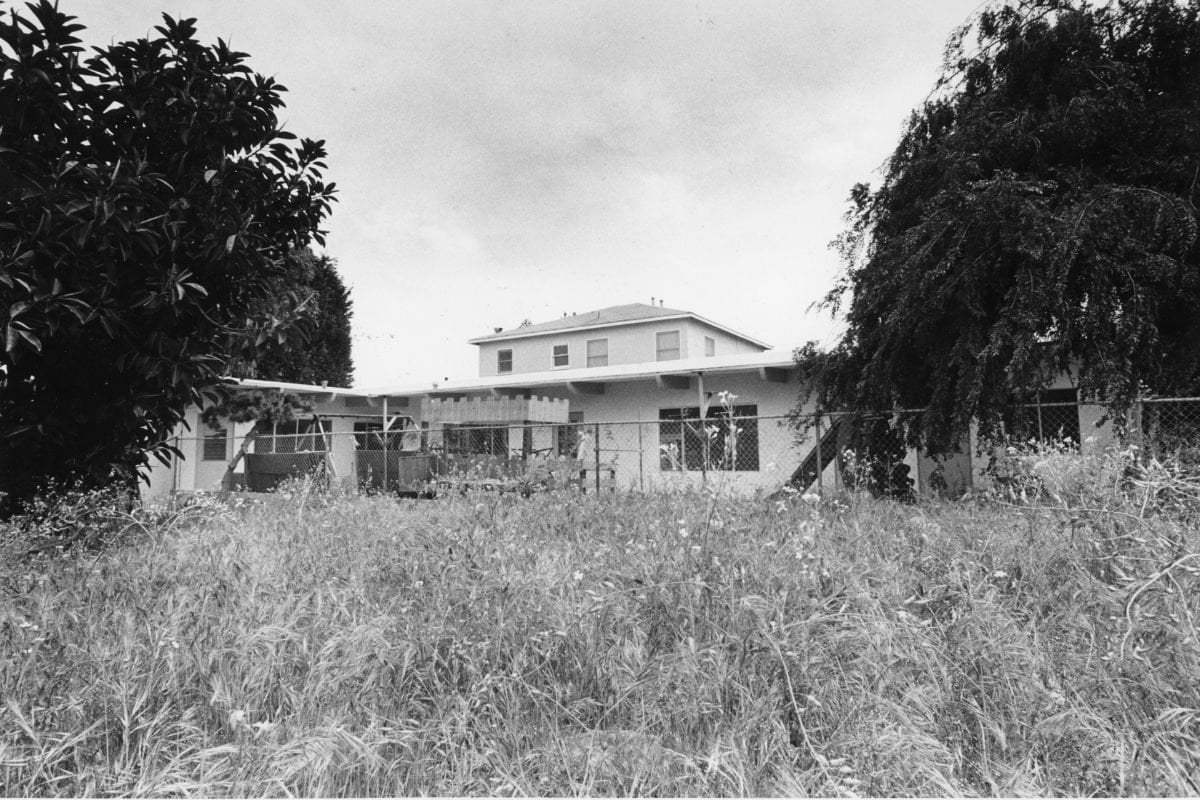 McMartin Preschool (pictured here in 1988, overgrown with weeds) was closed for good amid the investigation. Image: Getty.

In the years since, the prosecution's case has been broadly discredited. Not only was there no robust physical evidence to support many of the allegations, but there were also claims that the children were asked leading questions and prompted to speculate during their hours-long interviews.

At least one of those children later conceded that he lied about being abused both to the team of therapists and in court.

Speaking to The Los Angeles Times in 2005 about his initial interview, he said, "Anytime I would give them an answer that they didn’t like, they would ask again and encourage me to give them the answer they were looking for. It was really obvious what they wanted. I know the types of language they used on me: things like I was smart, or I could help the other kids who were scared.

"I don’t remember how many days or if it was just one day, but my memory tells me it was weeks, it seemed so long. It was an ordeal. I remember thinking to myself, 'I'm not going to get out of here unless I tell them what they want to hear'."

The McMartin case came in a moment that was primed for moral panic.

The election of Ronald Reagan as president in 1981 had ushered in a new era of cultural conservatism in the States, rejuvenating traditional, Christian family values and stoking fear of forces that chafed against them.

Throw in growing awareness about child abuse, concern about the children of career-focused mothers being 'abandoned' in daycare, and the spread of conspiracy theories about Satanists, and you've got a nation ready to believe the bizarre and baseless.

Including, for example, that consumer goods giant Procter & Gamble used its profits to fund devil worship.

Listen: Mamamia speaks to crime writer Ruth McIver about the McMartin Preschool hysteria and the Satanic panic that followed.

In the early '80s, the company was inundated with calls from thousands of concerned customers, after a leaflet was circulated that claimed its CEO had confessed on television to being a Satanist. He hadn't, and P&G spent decades waging legal and public relations battles to squash the claims.

As well as doggedly pursuing cases like that involving the McMartin Preschool, police officers publicly expressed concern about a possible rise of Satanism. And high-rating, influential current affairs programs did the same.

"I think it's a combination of law enforcement having this belief that there were the satanic and occult groups practising. And that youth were out of control, that drugs and heavy metal music we're leading them down this path," she said.

"Then you get that supported by the media, which cements and solidifies this idea that this is a reality, that this is something to be feared.

"I think it's just something that was an unfortunate belief that was somehow widely held, and then reinforced by cases that made a precedent."

The McMartin case's legacy is a complicated one. It sadly dragged a family and hundreds of children into a potentially traumatising situation, but it also helped improve the way child victims of abuse are questioned by law enforcement, due to concerns about their suggestibility and the potentially damaging effects of false memories.

As for the frightened mother at the centre of it all...

Judy Johnson was later revealed to be suffering from paranoid schizophrenia. Her mental state was questioned during a pretrial hearing after it emerged she had also told prosecutors that Ray Buckey "flew" in the air, that Peggy McMartin Buckey drilled holes in a child's armpits and that her dog had been sexually assaulted, The Los Angeles Times reported.

She died of liver disease in 1986, before the first trial commenced.