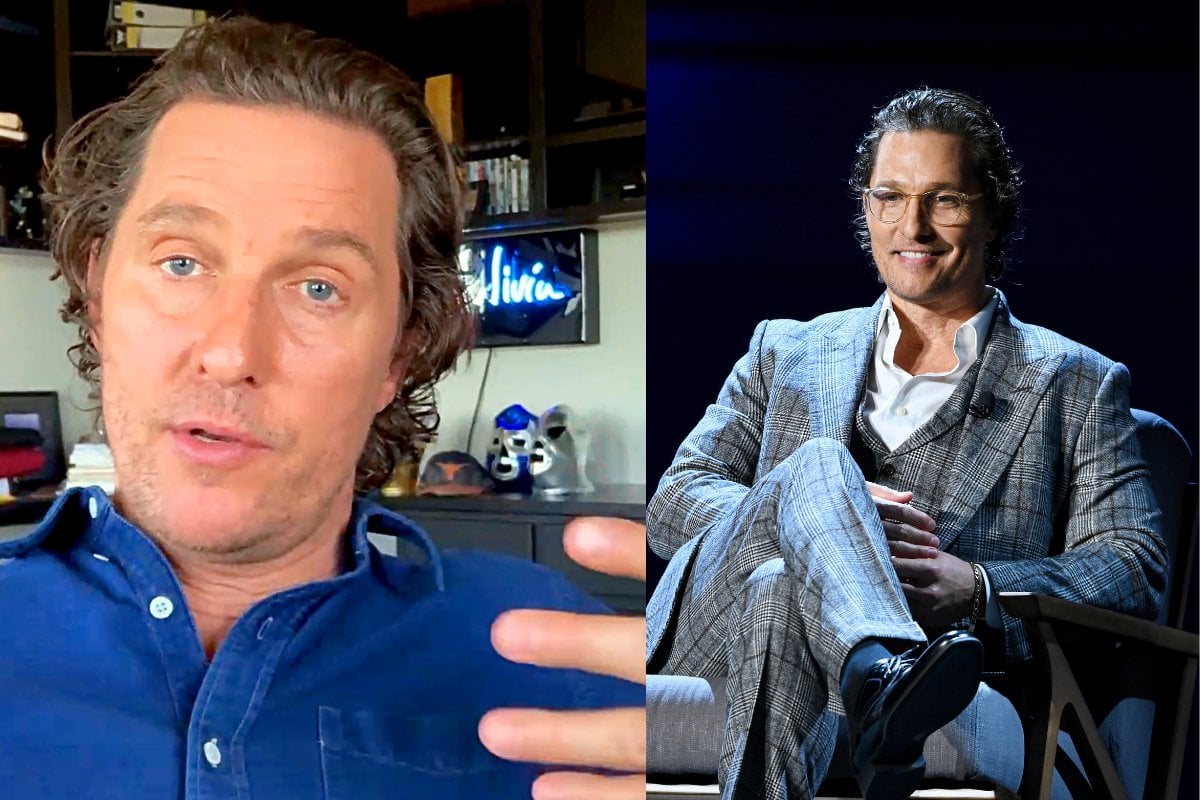 There are some ANZ bank customers on the Central Coast of NSW who probably don’t realise that a young Matthew McConaughey was handing them their money back in 1988.

Back then, McConaughey was on a Rotary student exchange. Having already graduated high school in Texas, he struggled with returning to a classroom in Australia.

“I left America with a car, a job and some cash in my pocket, a girlfriend and some awful freedom,” he told GQ. “Then suddenly I got there and there were school uniforms and I was writing creative English papers.”

When McConaughey started skipping classes, the principal suggested he do work experience instead. That’s where the ANZ bank came into it – along with 10 other jobs, including carpentry and helping out golf pros.

Looking back, McConaughey says that year was one of the most important years of his life.

“I was forced to spend time on my own. I did more reading and writing than I had done in the 18 years prior. I was forced to check in with myself and that was a big rite of passage in manhood for me.”

McConaughey had grown up in a stable family unit, or so he thought. His parents – schoolteacher mum Kay and football player-turned-businessman dad Jim – actually divorced twice, but didn’t tell their kids.

“We didn’t know they ever got divorced!” McConaughey told Elle. “We thought Mum was on extended vacation. I don’t think I knew until after Dad died that those two vacations were divorces.”

In fact, when McConaughey’s dad died from a heart attack in 1992, he was with McConaughey’s mum. According to his mum, they were having sex at the time.

“On Monday mornings, he and I often said goodbye by making love,” Kay McConaughey wrote in her book I Amaze Myself!. “But one day, all of a sudden, it just happened. I knew that something was wrong, because I didn’t hear anything from him. Just nothing. But it was just the best way to go!”

She asked for her husband’s body to be taken from the house naked.

“I was just so proud to show off my big old Jim McConaughey – and his gift,” she added.

That same year, Matthew McConaughey went along to a casting session that would change his life. It was for the role of Wooderson in the movie Dazed And Confused. He ironed his shirt and shaved beforehand, which nearly cost him the part. But then he showed director Rick Linklater that he could play a stoner.

“He told me I got the job but said, ‘Do not shave. Let your hair go all scraggly,’” McConaughey told the Chicago Tribune. “I was like, ‘What a great job this is!’”

From there, nothing could stop the rise of McConaughey. He starred with Sandra Bullock and Ashley Judd in 1996’s A Time To Kill, and went on to date both women. Bullock later described McConaughey as “a powerful force in my life”, and the two are still friends. 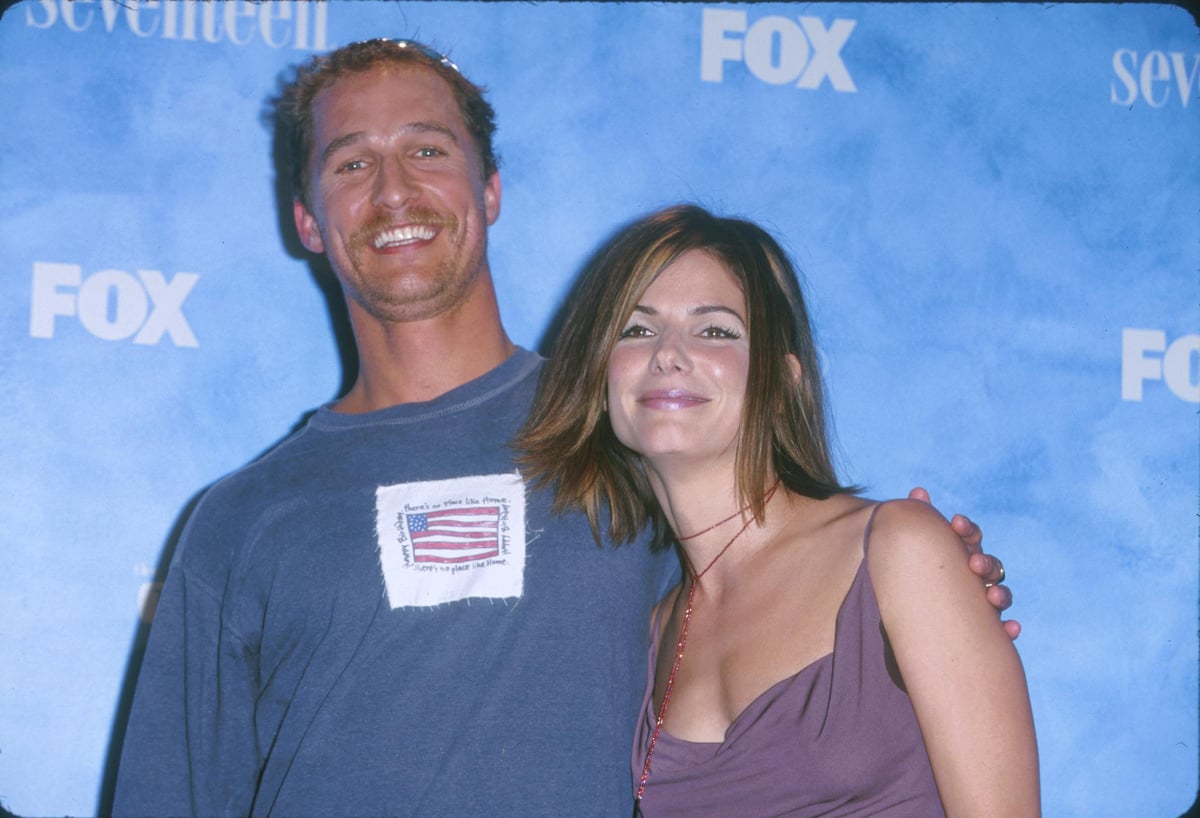 In 1999, McConaughey was arrested, in one of the most legendary celebrity arrests of all time. Following a noise complaint from a neighbour, police turned up to his home to find him dancing naked and playing the bongos. When an officer asked him to put some pants on, he allegedly refused to do it and shoved the officer. He was arrested on suspicion of possession of marijuana, possession of drug paraphernalia and resisting transportation. He spent nine hours in jail.

“What’s wrong with beating on your drums in your birthday suit?” McConaughey later said to Playboy. “I have no regrets about the way I got there.”

McConaughey went on to star in a string of rom-coms – including The Wedding Planner and How To Lose A Guy In 10 Days – frequently shirtless.

As if that wasn’t attractive enough, after Hurricane Katrina hit in August 2005, McConaughey headed to New Orleans to see what he could do to help. He came across a doctor stuck in a hospital looking after dozens of pets that people had been forced to leave behind, and he managed to help get the pets to safety.

The following year, just after splitting from Penelope Cruz, who he’d met on the set of Sahara, McConaughey was hanging out in a club with cyclist Lance Armstrong when caught sight of Camila Alves at a table nearby. He was smitten. Brazilian-born Alves had moved to the US at the age of 15 and had spent four years working as a cleaner and waitress before her career as a model took off. She didn’t immediately recognise McConaughey.

“At the time he had a really long beard, and he had this rasta hat,” she told People. “He was all covered up, and I didn’t really realise who he was.”

But Alves ended up going back to McConaughey’s place, where she slept the night in a guest bedroom. From there they started dating.

me and hot mamma hittin the #superbowl miami time

A post shared by  Matthew McConaughey (@officiallymcconaughey) on Feb 2, 2020 at 1:48pm PST

"I just said, ‘Wow, look how exciting my life is,’" he told Howard Stern. "I have more joy, I laugh louder, I have more pain, I have more sadness – but man, it’s dynamic."

This week, McConaughey again opened up about his children, while on a press tour for his upcoming memoir, Greenlights.

Talking about his children, he told People: "All three are very, very caring and kind individuals."

He also shared how they explain his popularity and fame to their children.

"We don’t want to insulate them overly from the world [or] from the success that I’ve had as 'Matthew McConaughey, actor, celebrity.' We let them know that Papa’s celebrity does not define Papa. Doesn’t whatsoever, but is Papa a celebrity? Yes. At the same time we say, 'That’s not where our worth comes from'." 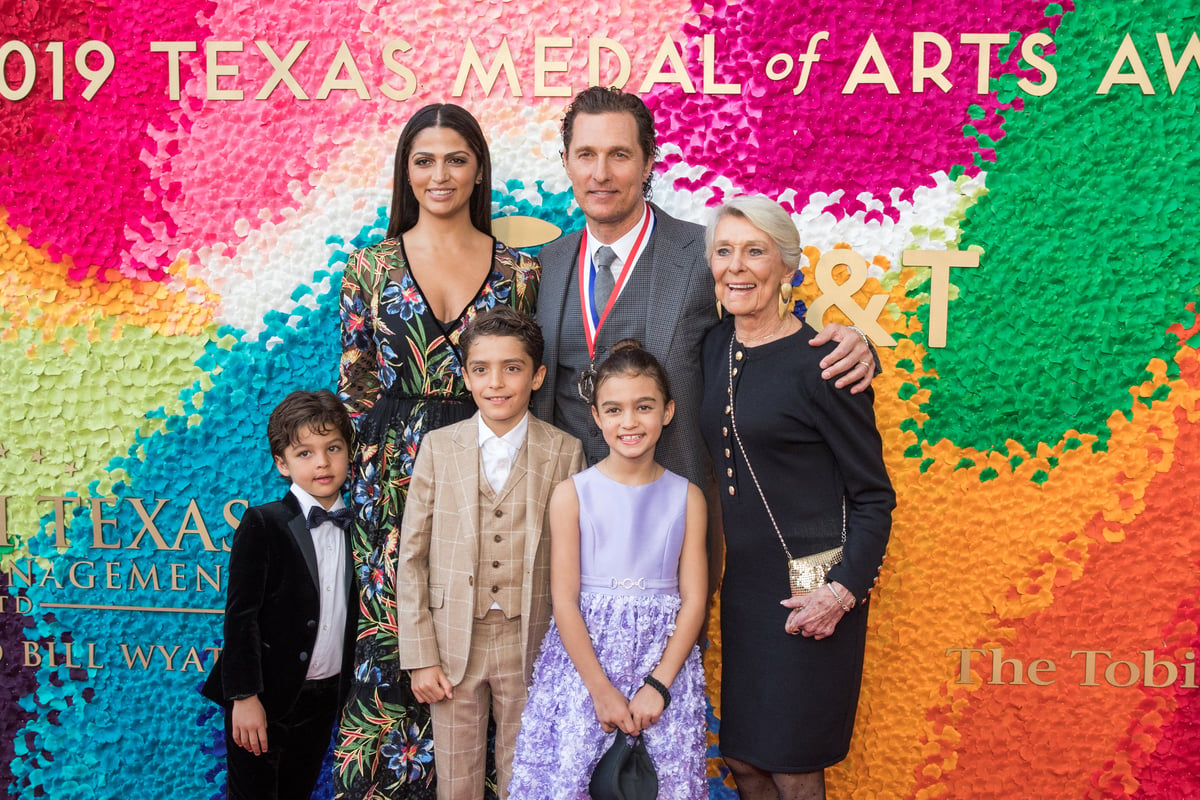 After becoming a parent, the actor said he began to choose roles that were more challenging, telling Howard Stern in 2017 that he decided to look for work that “scares me or turns me on as much as my life’s turning me on”. He took on roles in The Lincoln Lawyer, Killer Joe and Magic Mike. Critics loved it. His new direction was dubbed the “McConnaissance”.

Then came the role of HIV-positive Ron Woodroof in the 2013 movie Dallas Buyers Club. To prepare for it, McConaughey lost more than 20kg and got inside the head of the real-life Woodroof, thanks to Woodroof’s family letting him read his private diary.

“There was the man alone on Saturday night before he had HIV, and that was my secret weapon,” he told the BBC.

He won an Oscar for the role.

For now, McConaughey is happy with where he is - family and career-wise.

“If anything, the more secure I feel at home, the more I feel like I’m able to fly,” he told GQ.

When asked about possibly running for Texas governor in 2022, the Oscar winner shut it down... for now.

In a clip posted to Twitter, he revealed he had spent time listening and learning over the past two years and has thoughts about pursuing a career in public office.

"As a simple kid born in the little town of Uvalde, Texas, it never occurred to me that I would one day be considered for political leadership," McConaughey said. "It's a humbling and inspiring path to ponder. It's also a path that I'm choosing not to take at this moment."

He told fans he had been educating himself about American and Texan politics. "What have I learned? A lot," he said. "That we have some problems we need to fix. That our politics needs new purpose. That we have divides that need healing. That we need more trust in our lives."

"I've learned that freedom comes with responsibility, and that great leaders serve," he went on to say. "Whether a politician, a CEO, star quarterback, a mother, father, husband, wife, brother, friend, mentor or teacher, we lead by serving each other. We lead through our service. What is service? Service is taking on responsibility today, so we can have more freedom tomorrow. Service is making the better choice for you and for me."

In March, the 52-year-old actor addressed speculation he may have plans to run for Texas governor while on The Tonight Show Starring Jimmy Fallon.

"It's something I'm giving consideration. Absolutely," he said at the time. "What an honourable thing to even be able to consider."

However, months later he went on to admit the "challenging" nature of entering the political world.

"I'm not interested in going and putting a bunch of Band-Aids on that are going to be ripped off as soon as I'm out, I'm interested in building something that can last and I'm measuring what category that is, I don't know if that's politics," he said while on The Carlos Watson Show. "That whole embassy of politics has some redefining of its purpose."

He reiterated that while it may not be in the cards for now, it's not something he would entirely rule out for his future.

"I trust my core beliefs enough, and my values enough, to feel comfortable listening to an opposing one," McConaughey said.