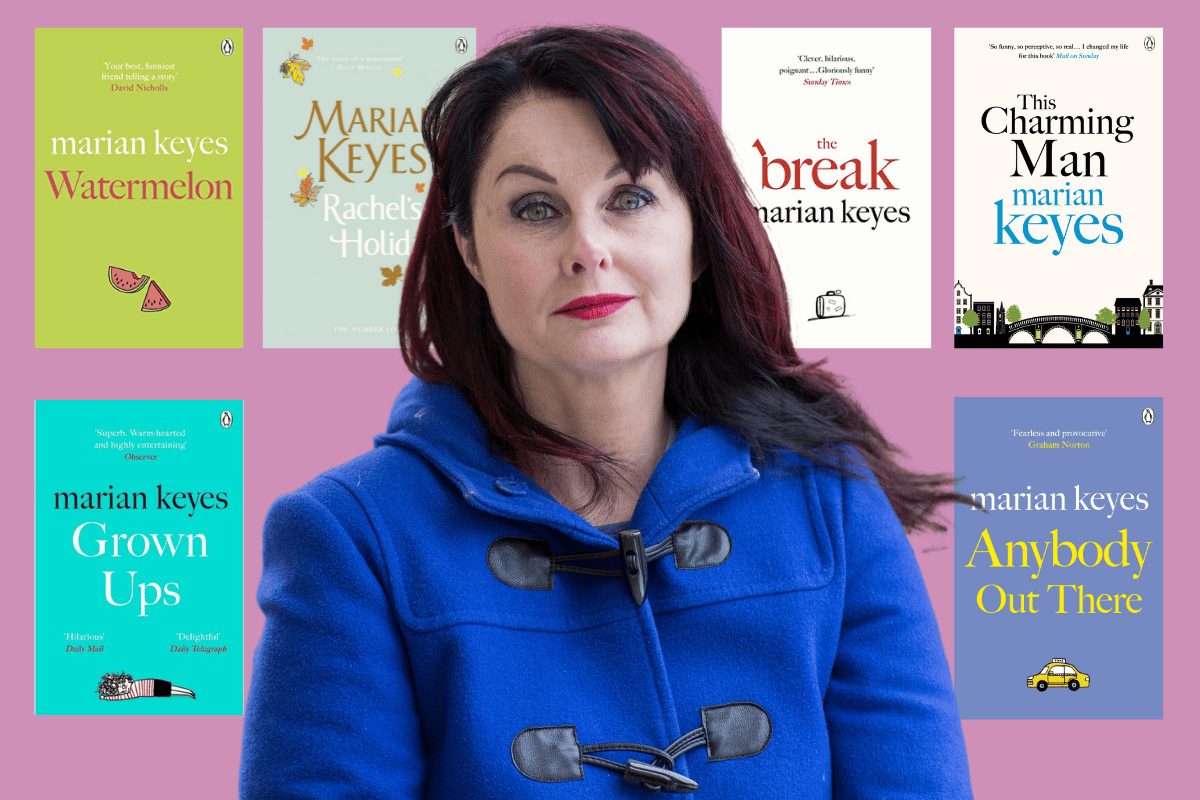 Marian Keyes is one of the most successful authors in the world. She's sold 35 million books in 35 languages and has done that by writing about women's lives in all their messiness, making them feel seen, heard and understood.

But Marian's life hasn't always been so rosy, as one would expect from a successful, best-selling author.

Rather, she's overcome significant challenges in her life, alcoholism and mental health being two of them. And it is these experiences that have given her writing the level of authenticity it has, a relatability if you will.

Here's everything we know about Marian Keyes.

At the tender age of 14, Marian began her relationship with alcohol.

"When I started drinking, I thought this is the thing I need, this is what is going to help me get through the world like the rest of them. Suddenly I could be normal."

So for a teenage Marian, alcohol became a crutch, something she initially thought provided her with comfort and confidence.

Listen to No Filter: The story of Marian Keyes. Post continues after audio.

But as she grew older, she soon realised her relationship with alcohol was tricky.

"The wheels were coming off in my final years in school and I was very angry," Marian said. "And then in college, I drank so much: it was all about alcohol. And the awful thing is the more I drank, the worse I felt, so the more I drank."

After living in London for a number of years, a then 30-year-old Marian made the decision to return home to Ireland and attend rehab.

"Alcohol stayed the most important relationship of my life until I had no choice but to stop. The world looked ugly the whole time [when drinking]. I stopped, and suddenly the world was full of colour and loveliness. I'm aware how ridiculously lucky I've been." Chatting on Mamamia's No Filter podcast in 2017 about the decision to open up about her life's struggles, Marian told Mia Freedman it comes down to personal choice.

"With sharing my own personal stuff I don't really have any boundaries. I suppose I feel I have such a connection with my readers that I don't want secrets."

She continued: "Life is so unpredictable. I thought I would get to a certain age where everything would be controllable, peaceful and steady. But life isn't like that. Things blow up in your face in the most unexpected ways. So using laughter as a survival mechanism is how I've got through. Painful stuff happens to us all, and you can cry for a while but eventually, you have to laugh about it."

Four months before Marian started her sobriety journey, she began writing short stories as a way to escape from her reality. After coming out of rehab, she decided to send her writings off to a publisher. It was one of the best decisions she ever made.

"So that they [the publisher] would take me seriously, I enclosed a letter saying I'd written part of a novel. Which I hadn't. I had no intention of doing either: I was much more into the instant gratification of short stories," Marian reflected on her website.

"But they wrote back and said send the novel, and for once in my self-destructive life, I didn't shoot myself in the foot. I wrote four chapters of my first novel Watermelon in a week, and was offered a three-book contract on the strength of it."

28 years later, Marian is one of the most successful and best-selling authors to date.

By the end of 1996, Marian was able to give up her day job and become a full-time writer.

Just some of Marian's acclaimed books include Watermelon, Rachel's Holiday, Grown Ups, Last Chance Saloon, Sushi for Beginners, The Break and The Charming Man: just to name a select few.

The overarching theme found in many of the books is about characters who are in a bad place but achieve some form of redemption.

Speaking about that common thread, Marian wrote: "I've been in the bad place myself many times, which wasn't very pleasant while it was happening. But it has since come in very handy for writing about it."

And another instance where Marian was again 'in the bad place' was in 2009.

In a recent Instagram post for World Mental Health Day, Marian shared that throughout 2009, 2010 and 2011, "my full-time job was stopping myself from ending my life".

"And yet, here I am, so GRATEFUL to be still alive. You probably won't feel this terrible forever. Life is constantly changing and often it hauls us back from the brink and offers us something different," she wrote. 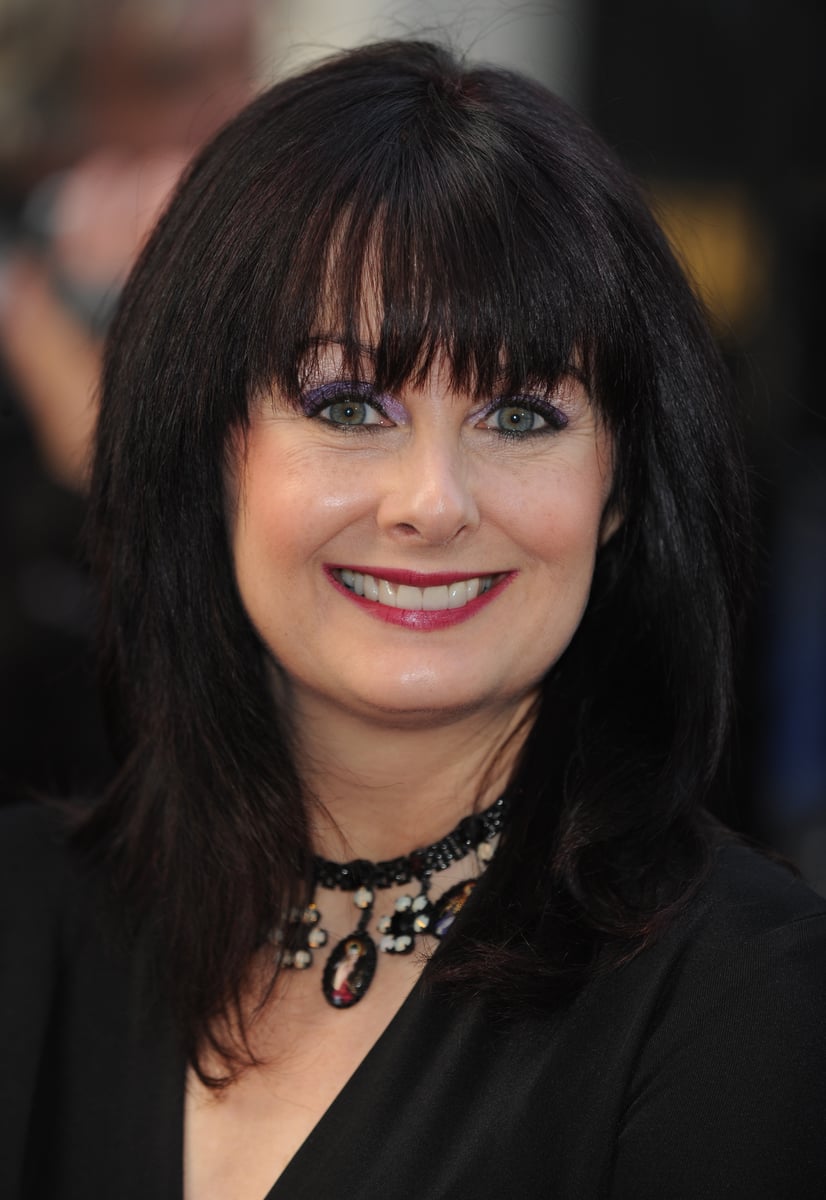 Marian Keyes in 2009. Image: Getty. Speaking about her experience of depression with Mia Freedman on No Filter, Marian shared the moment it became all too much and she needed to ask for help.

"I went through an awful spell of profoundly awful mental health. I used to write a monthly newsletter and I was even unable to do that. I thought I owed people an explanation, so I wrote a three-sentence or so paragraph saying 'I'm really sorry but I'm suffering from depression: I can't eat, I can't sleep, I can't concentrate. I'll get back as soon as I can'."

Marian says she never thought of hiding it, as she so rightly highlighted: "it wasn't my fault. I'm glad I shared: it's part of my story."

She thought her explanation wouldn't warrant a big deal from those watching on, but it became one. It was in all the papers in Ireland, and also covered in Australia, with countless opinion pieces written.

"A lot of people felt it personally. I discovered a lot of people were grateful: if somebody like her has a lovely job and a lovely family can have those horrible feelings then it's okay for us. It opened a discussion, and although there is still such a stigma attached to depression, I'm hoping it has become easier for people."

Looking back on the experience years on, Marian says she wishes her story can bring people dealing with something similar a bit of hope.

"The one thing I can offer is that I got better. It took time, but I can tell people in the horrors who feel they are never going to get out of it that I felt that way: and I got out," Marian said on No Filter. "I feel well today. I can take pleasure and joy in things."

She continued: "I would far rather all my skeletons were out of the cupboard and dancing rather than feeling afraid."

Reply
Upvote
If anyone on this site wants me to answer any questions about suicide grieving it whatever u like I'm happy 2 help . It was 12 years ago . Yes I Vividly remember it . But I hope I can be an inspiration to other families who are dealing with suicide
N
nessie 4 months ago