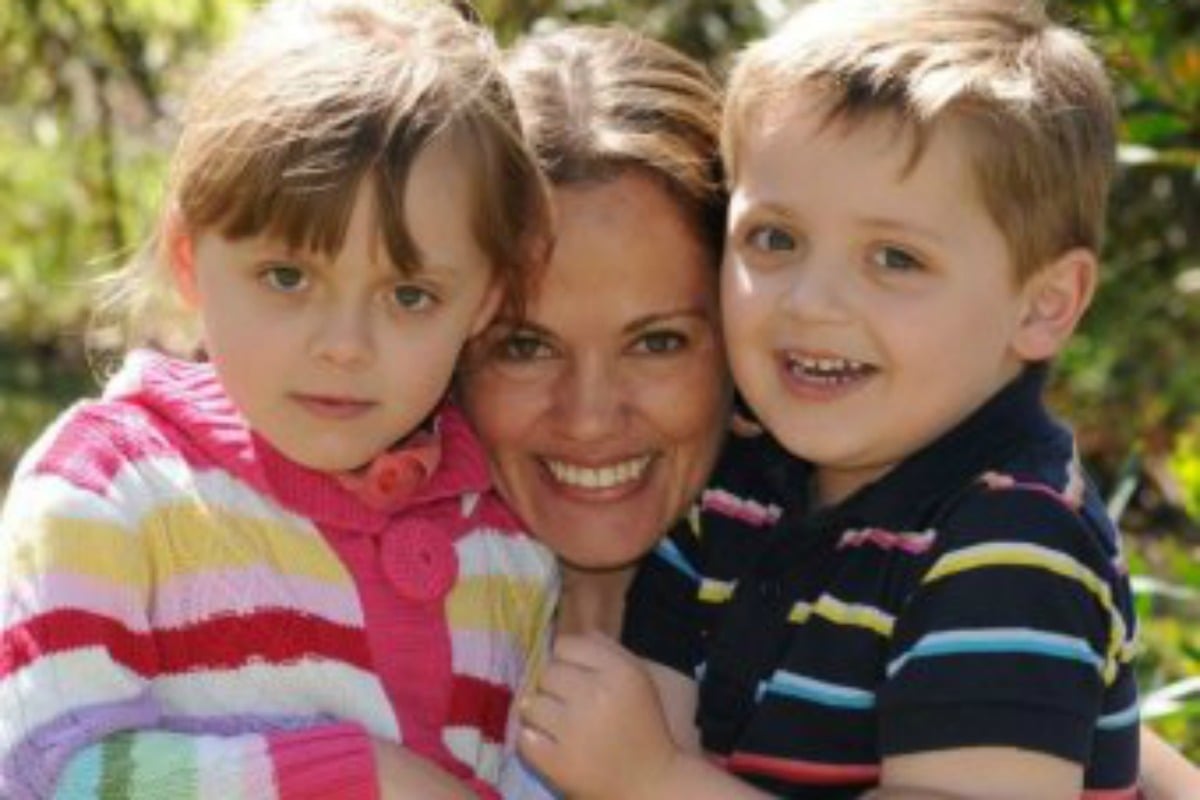 1. Sydney father was having an affair when he killed himself and his family.

A Sydney father was in financial strife and having an affair with a teenager in the Philippines when he killed himself and his family, an inquest has been told.

Fernando Manrique, 44 and his wife Maria Lutz, 43, were about to divorce when they were found dead along with their children Elisa, 11, and Martin, 10, and the family dog Tequila, in their northern Sydney home in October 2016.

They all died from carbon monoxide poisoning.

At the opening of an inquest into their deaths at Lidcombe Coroners Court, counsel assisting Adam Casselden said there was “little cause for doubt” that Mr Manrique was responsible.

“He had planned the deaths of his family over the course of some time,” Mr Casselden said on Monday.

“Maria had no awareness of, or involvement in, Fernando’s plans.”

The court heard Ms Lutz was a “dedicated, loving mother” to her two autistic children.

She was excited about the possibility of going back to work after finding out they would be receiving $50,000 from the National Disability Insurance Scheme.

“She was looking forward to life without Fernando,” Detective Sergeant Timothy Pooley told the inquest.

Det Sgt Pooley said this funding meant Ms Lutz “would’ve been better off than she had been for years”.

The family trust account, meanwhile, had just $6 in it.

Despite his debts, Mr Manrique was also supporting a woman he was in a “serious relationship” with in the Philippines, where he travelled for work each month.

The woman, known only as Jamilyn, was 17 when she met Mr Manrique in 2015 at a bar where she worked. He told her to quit her job and that he would buy her a house.

The inquest heard Mr Manrique ordered two cylinders of carbon monoxide 10 days before the family’s death and arranged for them to be delivered to his friend Jairo Campos’ house.

He also made four visits to Bunnings in a week to buy more equipment.

Mr Campos told the coroner his friend told him he needed the cylinders to run tests on “gas released by cars in underground car parks”.

Mr Manrique paid him $400 for storing the cylinders.

Det Sgt Pooley said that while Ms Lutz was at school with their children, Mr Manrique was rigging up an apparatus that would pump carbon monoxide into the family home while they slept.

Deputy state coroner Elaine Truscott made a brief statement midway through proceedings to thank Ms Lutz’s friends for “honouring her” by attending court and providing statements to police.

“(It is) very clear Maria loved her life, loved her children and had every intention of continuing a very loving, giving and productive life with her children,” she said.

Mr Casselden said it was a “real concern” how easy it was for Mr Manrique to purchase the gas he used to kill his family.

Fresh leads in the suspected murder of a young mother in Tasmania more than a decade ago have prompted police to offer a record reward for information.

Helen Munnings was 20 when she went missing in the northwest city of Burnie on July 23, 2008.

A coronial inquest in 2012 found she died on or around that day but there wasn’t enough evidence to determine how.

Tasmania Police have announced a new reward for information on the disappearance of Helen Munnings, who went missing in 2008, and will search a number of new sites in Tasmania’s north-west for her bodyhttps://t.co/0SLb0rgMw8

The reward for information that helps solve the cold case was on Monday increased by Tasmania Police from $50,000 to $250,000 – the equal highest amount for an investigation of its kind in the state.

“We believe there are people in the community that are well aware of what happened to Helen – and for whatever reason have not yet come forward.” Detective Inspector Rob Gunton told reporters.

Police will search “new areas” related to Ms Munning’s disappearance but wouldn’t say where or when.

“At the end of the day the family deserve closure in this matter and they deserve to know exactly what happened to Helen,” Det Insp Gunton said.

“The case is eminently solvable.”

Police have previously said they are treating Ms Munnings’ case as a murder investigation.

On the day she disappeared Ms Munnings told her family she was walking from their home to the doctor but instead met Adam Taylor, the father of her young son.

He is the last known person to see Ms Munnings alive.

3. A poacher has been trampled to death by an elephant and eaten by lions in South Africa.

A poacher has been trampled to death by an elephant and then eaten by lions in South Africa’s Kruger National Park, officials confirmed Monday.

“Only the skull was found, the rest of the remains were not at the scene, presumably devoured,” Kruger National Park spokesman Isaac Phaahla said, adding that the man appeared to have been eaten by a pride of lions.

A suspected rhino poacher has been eaten by lions after being trampled to death by an elephant in South Africa. South African National Parks said that after the lions had finished, only his skull and trousers were left https://t.co/wkgTnbCBky

“Some men had gone poaching…when suddenly an elephant attacked and killed one of them,” Hlathi said.

“His accomplices claimed to have carried his body to the road so that passers-by could find it in the morning.

“A search operation was launched by police and rangers… whereupon the human skull was found.”

The three suspected poachers, aged between 26 and 35, are due in court on April 12.

Last year, a suspected illegal poacher was mauled to death by a pride of lions in a private game reserve in Limpopo province.

Illegal poaching, especially for rhino horns and ivory, is rife in game parks across South Africa.

R. Kelly gave a 28-second performance and spent about half an hour more hobnobbing with fans who paid $50 to $100 to see him at a club in the Illinois capital of Springfield. https://t.co/QeoDLOV3aO pic.twitter.com/HGMqbUfqMA

R&B singer R. Kelly has made a paid appearance at a club in Illinois’ capital city, but the fans who each shelled out $US50 to $US100 for tickets got only a 28-second performance, followed by a half-hour meet-and-greet.

Hours before his appearance at the Dirty South Lounge in Springfield, Kelly posted a video on Instagram asking the media to “take it easy” on him because “this is how I got to get paid now, for right now”.

Kelly, 52, was charged in February with 10 counts of aggravated sexual abuse that accused him of assaulting four women during a roughly 10-year period starting in the late 1990s. Three of the accusers were underage at the time.

He has pleaded not guilty and denied any wrongdoing.

Since his arrest, the cash-strapped singer has struggled to get work in the US, Kelly’s lawyer Steve Greenberg wrote in a motion last month, seeking permission for Kelly to perform in Dubai and meet with members of the sheikhdom’s royal family.

Kelly has been scrambling to pay child support, legal fees and everyday expenses because of the cancellation of Illinois concerts and a record contract, as well as the removal of his songs from streaming services, he wrote.

Kelly’s lawyers later put the motion on hold. Dubai’s government denied that Kelly had any concerts planned there and the claims that he would meet with members of the royal family.

About 100 people showed up for Kelly’s appearance at the Springfield club, which has a 450-person capacity, TV stations WICS and WRSP reported.

Kelly thanked supporters, sang a line from one of his songs for 28 seconds and spent about 35 minutes taking selfies, dancing and conversing with fans. The club closed at 3am.

Some fans said it wasn’t worth the $US100 and that they wouldn’t pay again. Fans also defended showing up at the event, saying they separate the accusations from the artist, the stations reported.

5. Sydney double murderer back behind bars after 24 hours on the run.

A convicted double murderer is back behind bars after a terrifying day on the loose in Sydney. #9News pic.twitter.com/P9P4pNTIjT

A paroled double murderer is back behind bars after cutting his ankle bracelet off and spending 24 hours on the run.

Damien Anthony Peters, who was jailed in 2002 for killing two boyfriends and dismembering their bodies, was caught on a Petersham street on Monday afternoon by plain-clothes officers with dog squad assistance.

He was later transferred to Corrective Services custody.

Police have not laid any charges.

Peters had spent just over a day on the run after cutting his ankle monitor off about 4.15pm on Sunday.

The abandoned monitor was later found in nearby Kensington.

Peters pleaded guilty to murdering and dismembering two male lovers in his Surry Hills flat in 2001 and was jailed in 2002 for 21 years with a non-parole period of 13 years.

Detectives investigating the disappearance of Tereaupii Akai found the remains of one of Peters’ other lovers – Bevan James Frost – in the bath at the killers’ flat.

When he faced court for the murders it emerged Peters, then 32, had stabbed Mr Akai, 50, twice in the neck before dismembering his body and throwing it in a council bin.

About eight months later, Peters was massaging Mr Frost, 57, when he stabbed him to death and cut up his body.

He was first eligible for parole in September 2014 but was not released until November 2016, a State Parole Authority spokeswoman told AAP.

His sentence would have expired in 2022.

The parole authority, when considering his release, looked at his completion of programs and counselling, day release programs, behaviour in prison and minimum security classification.

He was released under strict conditions that dictated his movements and was ordered to undergo more counselling.

“There was also a need for the offender to have a period of parole supervision prior to the expiry of his sentence in 2022 to facilitate contact with appropriate community support services,” the parole authority spokeswoman said.

Also, what exactly are the legitimate uses of carbon monoxide? I have literally no idea!