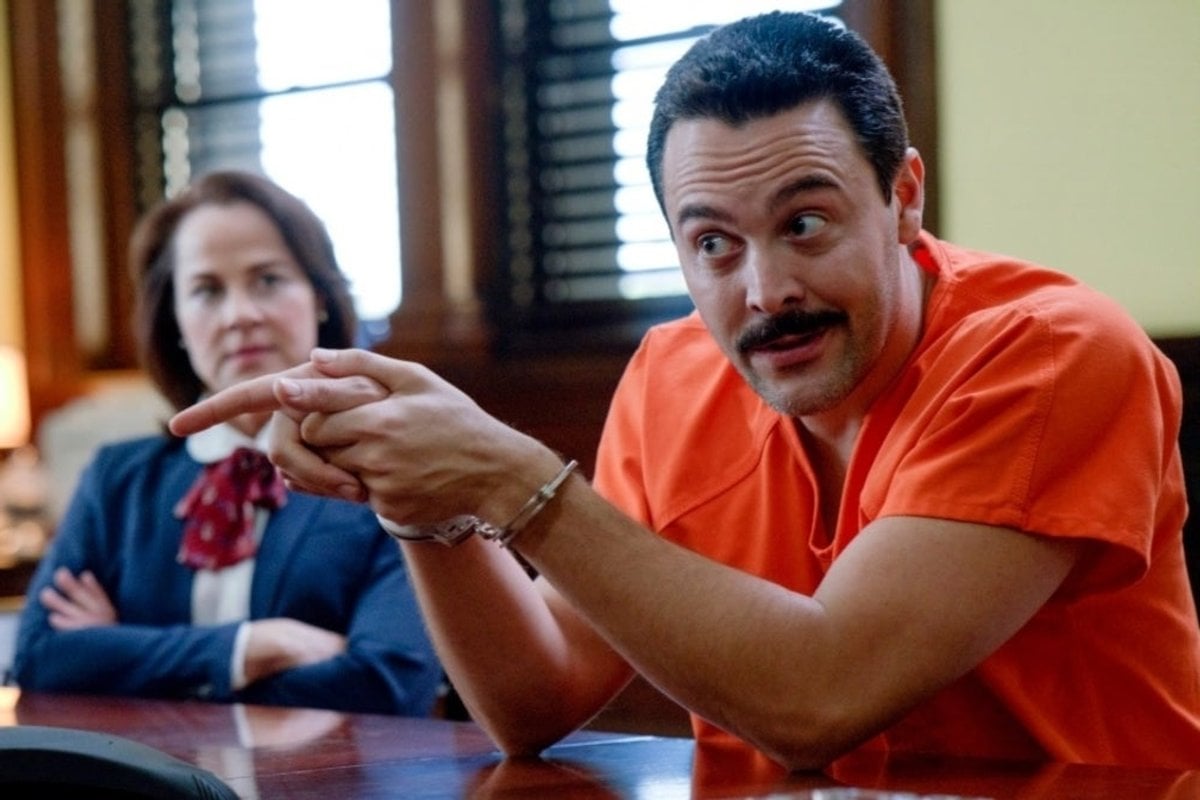 At the time, thousands of spectators had gathered in Centennial Olympic Park, the "town square" of the Olympics, for a Jack Mack and the Heart Attack performance.

Jewell, who was working at the Olympic Park as a security guard when he discovered the bomb, immediately called the police, before directing crowds away from the area

Watch the trailer for Stan's Manhunt: Deadly Games below. Post continues after video.

One woman, Alice Hawthorne, 44, was killed in the explosion. Another man, Melih Uzunyol, 40, suffered a fatal heart attack, while 111 others were wounded.

Afterwards, Richard Jewell was hailed a hero. After all, many believed the damage done could have been significantly worse if he didn't step in.

But just days later, Jewell was named as a potential suspect in the FBI's investigation into the bombing in a leak to the media, leading his status to swiftly change from hero to villain.

In the weeks that followed, the media tore Jewell apart, describing him as a failed law enforcement officer who lived with his mother, while suggesting the security guard may have planted the bomb in the hope of becoming a "false hero".

In Vanity Fair, Jewell was described as "a fat, failed former sheriff's deputy," while TV host Jay Leno quipped, "What is it about the Olympic Games that brings out big, fat stupid guys?"

Although Jewell was never charged, the FBI searched his home twice, thoroughly investigated his background, questioned his family, friends and colleagues, and maintained constant surveillance of him for more than two months.

In October 1996, Jewell was finally cleared as a suspect of the Olympic Park bombing. 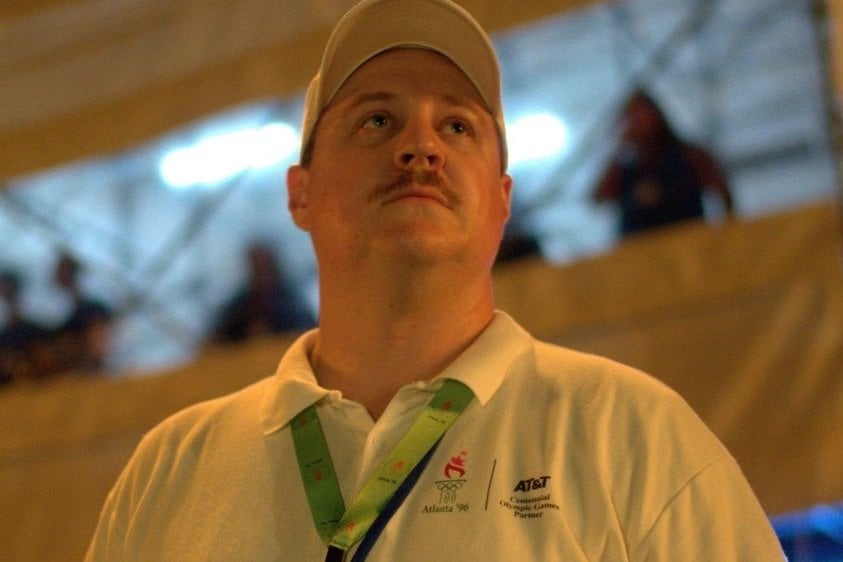 Two years later, Eric Rudolph was named as a suspect in multiple bombings – including the Olympic Park incident.

While Jewell initially took the fall for the Olympic Park bombing, the real culprit continued his reign of terror, setting off a series of bombs across the southern United States.

Then, in 1998, Rudolph set off a bomb in Birmingham, Alabama, killing police officer Robert Sanderson. 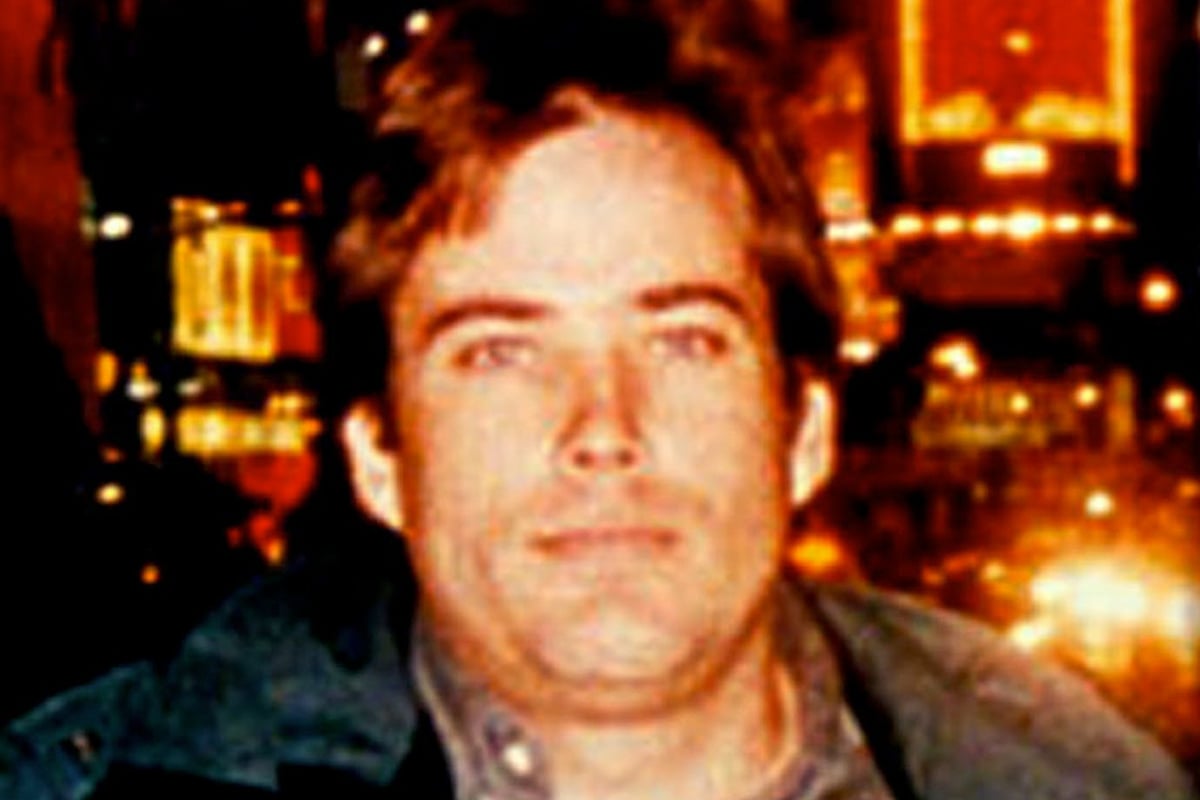 After being named as a suspect in the bombing incidents, Rudolph spent five years on the run. From 1998 to 2003, he survived by hiding out in caves and campsites in the Appalachian wilderness.

He was listed as one of the FBI 10 Most Wanted Fugitives, and was arrested on May 31, 2003, after a police officer found him looking through a supermarket dumpster in North Carolina.

Rudolph, who had a long association with Christian Identity, a white supremacist movement, eventually agreed to a plea bargain, meaning he would plead guilty to all charges in exchange for avoiding the death penalty.

On August 22, 2005, he was sentenced to two consecutive life sentences at the ADX Florence Supermax federal prison, where he remains today.

As for Richard Jewell, the security guard's life was forever changed after the incident.

After being cleared of the bombing, the US Attorney in Atlanta sent him a letter, lifting official suspicion from him. However, it didn't contain an apology.

Meanwhile, Jewell launched multiple libel lawsuits against media organisations for incorrectly naming him as a suspect in the case. The security guard received unspecified settlements from multiple organisations, including CNN, NBC, and The New York Post. 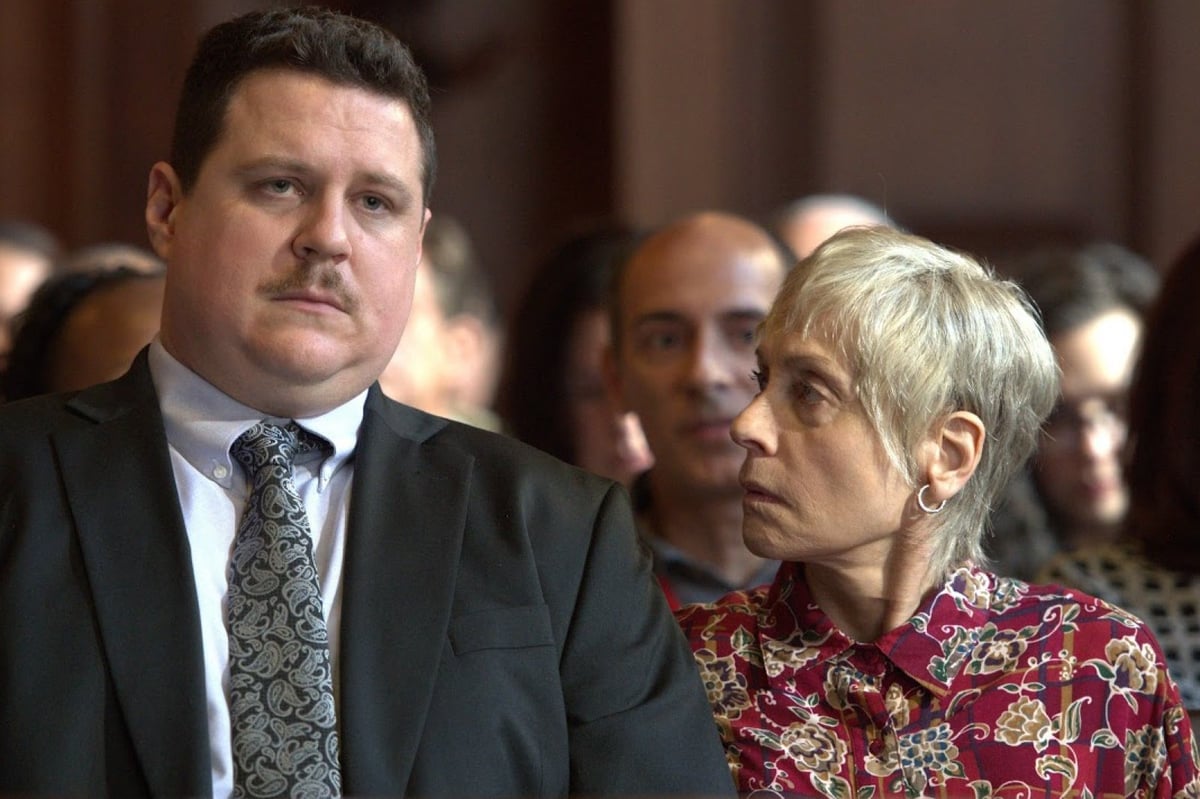 After the incident, Jewell had several jobs in law enforcement. But in 2007, Jewell's wife, Dana, found him dead on their bedroom floor.

It's believed Jewell had been suffering from health complications stemming from diabetes.

"He was worn, torn, and tattered. He really was. I think it killed him. I really do," she told ABC News, according to Newsweek.

Now, over two decades later, the Centennial Olympic Park Bombing is being examined in a new series.

As the next instalment of the Manhunt true crime anthology series, Manhunt: Deadly Games follows the years-long manhunt for the Atlanta Olympics bomber.

The 10-episode series, which is available to watch on Stan, stars Gethin Anthony, Cameron Britton, Sam Worthington, and Kelly Jenrette.

The first season of the series, Manhunt: Unabomber, followed the FBI's hunt for the Unabomber.

Manhunt: Deadly Games will premiere on March 5, only on Stan.