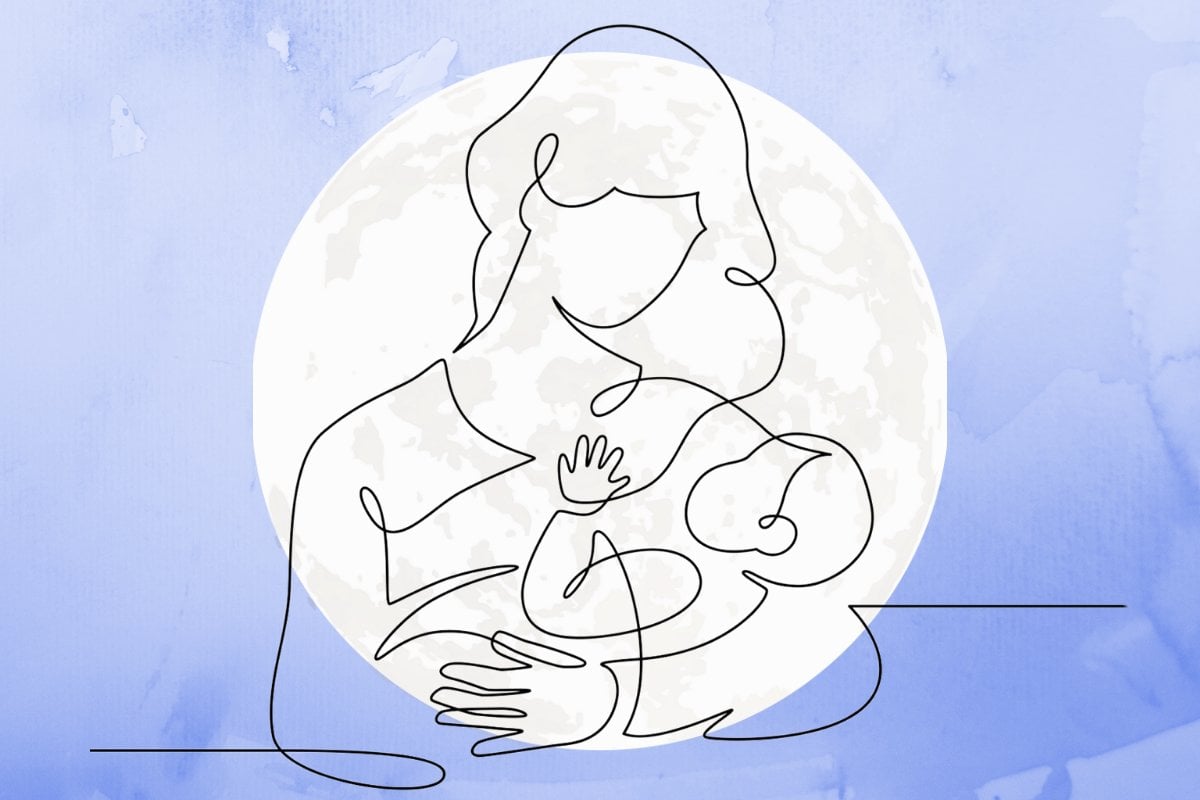 Don’t panic, but it looks like we’re about to be overrun with Lunas.

Twenty years ago, you wouldn’t have known a single baby called Luna. Now, it’s the hottest baby name for girls, according to Nameberry.

This US-based website has just released its findings on what names people from different countries have been searching for in 2021 so far.

For Australians, Luna and Arlo come out on top.

Luna is also the most-searched girls’ name among people from the US, the UK, Brazil, Canada, Germany, Japan and the Philippines. (Italians are more interested in Enola, and South Africans in Pedi.)

So where did Luna come from and why are we all so obsessed with it?

Well, pretty obviously, it’s got something to do with the moon.

Luna is the Latin word for moon, the proper name of our moon, and the name of a chariot-riding moon goddess worshipped by the Romans.

It was a first name for girls in Italy and Spain, but, for a long time, was pretty much unused in English-speaking countries.

That started to change in 2003. That year, Luna entered the US top 1000 after an 82-year break. Over the next decade it raced up the charts, till it was sitting just outside the top 100.

What happened in 2003? That’s the year that a little book called Harry Potter And The Order Of The Phoenix was released.

The book featured the first appearance of Luna Lovegood, the Hogwarts student who gave off an aura of “distinct dottiness”.

Despite the character having the unfortunate nickname “Loony”, people started using the name Luna for their babies.

As Harry Potter fans got older, Luna became more and more popular, taking off in a way that Hermione (and Hagrid and Hedwig) never quite did.

According to Nameberry, the Harry Potter series can take credit for making two names into hits: Luna and Arabella.

But it took more than J.K. Rowling to make Luna the hottest name around. It took the combined gorgeousness of Chrissy Teigen and John Legend.

Side note: Listen to Mamamia's parenting podcast, This Glorious Mess. Post continues below.

The power couple welcomed a daughter in 2016, and called her Luna. Teigen explained the reason for the name on The Ellen Show.

“And I have this love for space. I think about space camp all the time, and my time there as a youngster.”

DeGeneres had a suggestion for the name of Teigen’s next child: Urban. (As in Urban Legend. No.)

Luna entered the US top 100 in 2016, the year that Teigen and Legend announced the arrival of their Luna, and the Australian top 100 the following year.

Helped along by a growing horde of Lunas in pop culture, in everything from True Blood to Animal Crossing, the name is now rocketing towards the top spot around the world – and not just for girl humans.

Get used to hearing it. A lot.