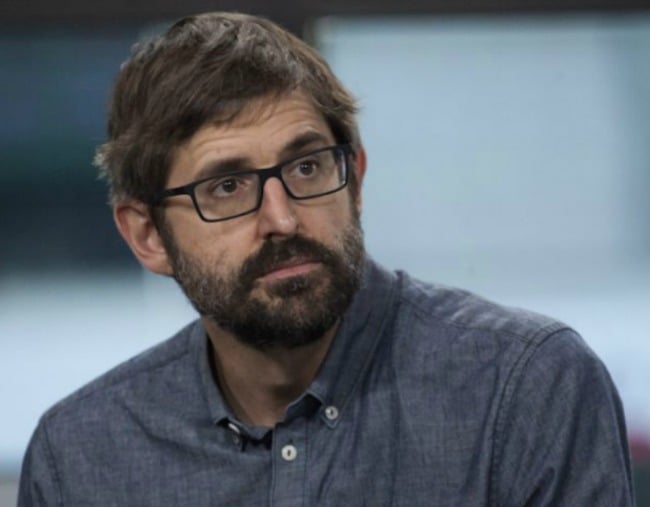 Louis Theroux has made a career of delving into the lives of others. In his unflinching documentary films, which tackle intimate and taboo subjects, he works hard to get under the skin of his subjects.

So what do we know?

In an interview for the Financial Times in 2005, he disputed the claim that he was “obsessively private”, saying: “No. Though I do think that if you are in the public eye you have to keep something back. You don’t want to become a human soap opera.”

In the same interview, he spoke in more detail about what he was referring to.

He met his childhood sweetheart, Susanna Kleeman at Westminster Public School when he was 15.

“You see, I was married,” he told reporter Sathnam Sanghera.

“What happened was that my girlfriend was living with me in New York. She was having trouble finding work . . . legally. So we got married, to make it easier for her. We never really considered ourselves married in the full sense – there were no wedding photos or anything like that. It was really a marriage of convenience. I hope that I am not going to get arrested for that.”

In previous interviews, Theroux had refused to talk about the marriage.

Theroux met his current partner, Nancy Strang, a TV director, at a BBC Christmas party in 2002. This month, on the BBC podcast Desert Island Discs, Theroux opened up about falling in love with Strang.

"I met my wife at a BBC Christmas party in 2002 and on our third or fourth date together, we were at a nightclub and this track came on. And although I knew that she was very special and that I was falling in love with her, there was this kind of catalysing moment when I saw her dance. I'd always thought of myself as a reasonably good dancer, although many would disagree. But when I saw her, I just thought 'wow'.

"The way she moved... She just seemed to transcend and go into a different dimension of physical moment. So I have a special soft spot for this song."

When asked on the Desert Island Discs podcast what kind of dad he is, Theroux says: "I'm quite a silly dad, Nancy says I'm too silly. I'm definitely down on my hands and knees, doing the Lego or the Duplo or the mega blocks... I'm kind of a classic, 'dad joke' dad."

Well, it’s nice to see that male celebs are now having random unnecessary stories about their private lives written here, rather than just the women.

And aren't we all that much richer for having these articles?

I know my life has *vastly* improved, thanks to this important information!