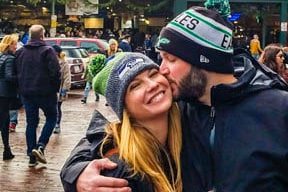 I cringe when I think about the moment when Jeff’s doctor told him he was dying. But not for the reason you might think. It’s not because of the doctor’s words or Jeff’s response that this memory brings me discomfort. No, it’s because of my own response that I recoil.

In retrospect, the doctor was doing Jeff a great kindness by levelling with him so clearly, and so directly. Though diagnosed with stage 4 esophageal cancer three months earlier, we had never used the words death or dying.

But this doctor looked Jeff straight in the eyes and introduced a new and looming possibility into that suffocating hospital room. Her voice was soft but her eyes were firm when she said:

“I’m afraid that we are losing control of this. I think you are dying.”

I was stunned into medically-induced silence. Sure, we knew things were bad. But dying? He was so strong. So young. It couldn’t be. My brain would not process this. No, I insisted to myself. Everything would be OK.

It is the only memory I have of Jeff where his eyes appear blue. He responded with his usual pragmaticism to that first use of the word “dying.” Speaking clearly despite the shine of unshed tears disguising his hazel eyes, he asked:

“How long are we talking here. How long do I have?”

It would turn out to be days rather than weeks. But that didn’t stop my campaign of fierce denial.

The moment that the doctor left the room I told Jeff that she was wrong. I promised him that he would live. Holding tightly to his hands, I willed him to believe my next words:

He nodded. Quiet. Thinking. Absorbing the doctor’s words and already sorting out how he would make the best of his last days. A tear escaped his eye and slid down his cheek.

He knew that he was not OK.

When a friend called to see how I was doing as we approached the two-year anniversary of Jeff’s death, I took a deep breath and said some words that Jeff never heard me say.

It took a year of acute grief and another year of quieter grief to really understand this lesson from Jeff’s death.

Acknowledging to myself and to others that “I am not OK” does not make me weak. Instead, this acknowledgement encourages me to face my feelings, process them, dig into what’s going on in my mind and my heart, and to come out on the other side some kind of semblance of “OK”.

I can’t go back in time and change my response that horrible day in Jeff’s hospital room. But, if I could, I would hold his hands and say “it’s OK to be not OK right now,” and I would cry with him. 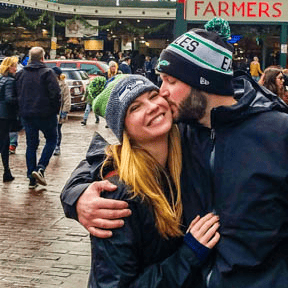 See the best in people and situations. Always.

I was tempted to write “search” for the best qualities in people, but I don’t think Jeff searched. He didn’t have to search, because he either didn’t see flaws in people or, maybe, he chose to search for strengths.

He had a way of really listening to people. Conversations with Jeff meant both light-hearted jokes and thoughtful insights.

In Jeff’s last days, his friends flowed through his hospital room, transforming a suffocating space into one made sweet with friendship and covered in the gifts of flowers and origami cranes that soon hung from every corner of his room.

The paper cranes Jeff received were as diverse in shape and colour as the people who made them. 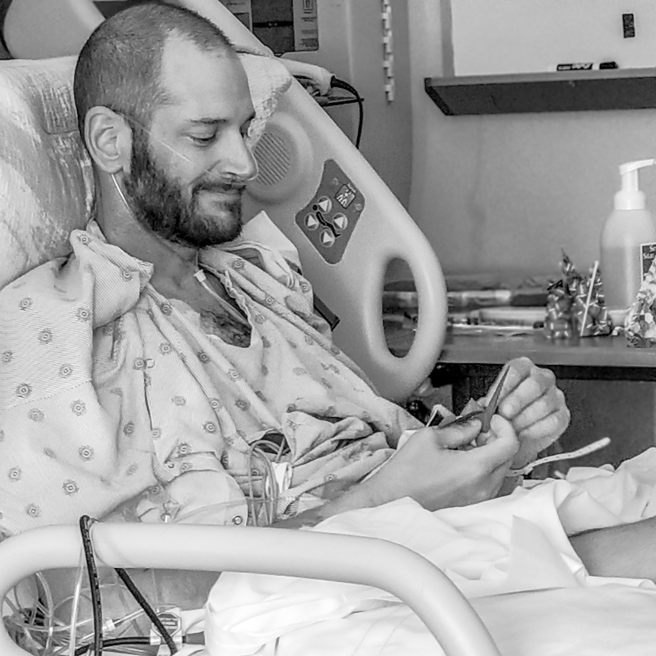 Jeff with one of the paper cranes his friends and family made for him. Image: Supplied.

Jeff loved every visit and every crane. He wondered out loud how he could be so lucky to be surrounded by so much love.

He chose to see the best in people and the best in every situation. To the extent that he could wonder in amazement at his good fortune even as he died of cancer at the age of 40.

I still work on this lesson from Jeff. But whenever I am feeling down, I think of Jeff and the way he looked at his paper cranes and saw so much more than paper. He saw simple joy and great love. He saw a life well-lived.

Sometimes, when I look back at the way that Jeff lived his life, I wonder whether he somehow knew that his time here would be short.

For all of his amazing qualities, Jeff wasn’t much of a planner when it came to his future or his finances. His ability to plan, however, was unquestioned when it came to a Halloween party, and you should have seen the meticulous packing list he once made (and kept!) for a camping trip to a music festival.

Jeff seemed to soak up every moment that he had on this earth, packing his life with fun and activities, and choosing to work in a job that paid him little in terms of dollars but made up for it in terms of joy.

Jeff worked with disadvantaged children. Kids who had failed within the school system, and were at their last-chance school — Jeff’s school. “His kids” he called them. He brought home stories about his students, finding humour in their antics, and pinning their artwork to his refrigerator.

He chose to make a difference rather than to make a buck.

Me on the other hand?

I was a travelling salesperson who ran from one city to another to make a buck, forgetting to really live along the way.

Not any more. I quit my job after Jeff died. Now I am a freelance writer. I make less and I live more, and I’ll take that trade off any day.

I took Jeff’s camping tent out last weekend. That may not seem like a big deal, but it was to me, and it would have been to Jeff.

He loved to camp and swore he would get me into a tent. I dug in my high-heels and said “No way, I don’t sleep outside!”

Why did I think that? I hadn’t camped since I was a kid. It wasn’t that I didn’t like to camp, I just shunned anything new. Anything outside my comfort zone.

I’m that girl who fell off of her bike as a kid and never got back on.

Since Jeff died, though, I’ve tried to live the way that he did. I’ve done big things like pursuing my dream to be a writer and my desire to see the world. But it’s the small steps outside my comfort zone that allows me to say that I hardly recognise that high-heeled naysayer of two years ago.

I learned to ride a bike and took off through the vineyards of France; I learned to surf and rode the waves in Bali; I swallowed my fear of crowds and danced the night away at the Full Moon Party in Thailand — alone.

And then I walked the Camino de Santiago — a 500-mile pilgrimage across Spain and lived out of a small backpack for 35 days. That’s a big change for a girl who didn’t even own a backpack.

Sometimes I tried something that I really didn’t like. For instance, I tried and failed to become a scuba diver, dropping out of my scuba certification course on the Thai islands. But now I can say that scuba diving isn’t for me because I tried it.

I once stayed in the confining but safe space of my comfort zone. I could have easily existed there, happy enough, but never truly living. Now, thanks to the lessons I learned from Jeff during his life and after his death, I know that transformative experiences are found outside of the comfort zone.

It hurt to lose Jeff and it still hurts. But I am so glad that I had the chance to love him. Because the way that he lived, and the way that he loved will forever influence my life for the better. For that, I am forever grateful.

This post originally appeared on Medium and has been republished with full permission. For more from Jen you can find her here.