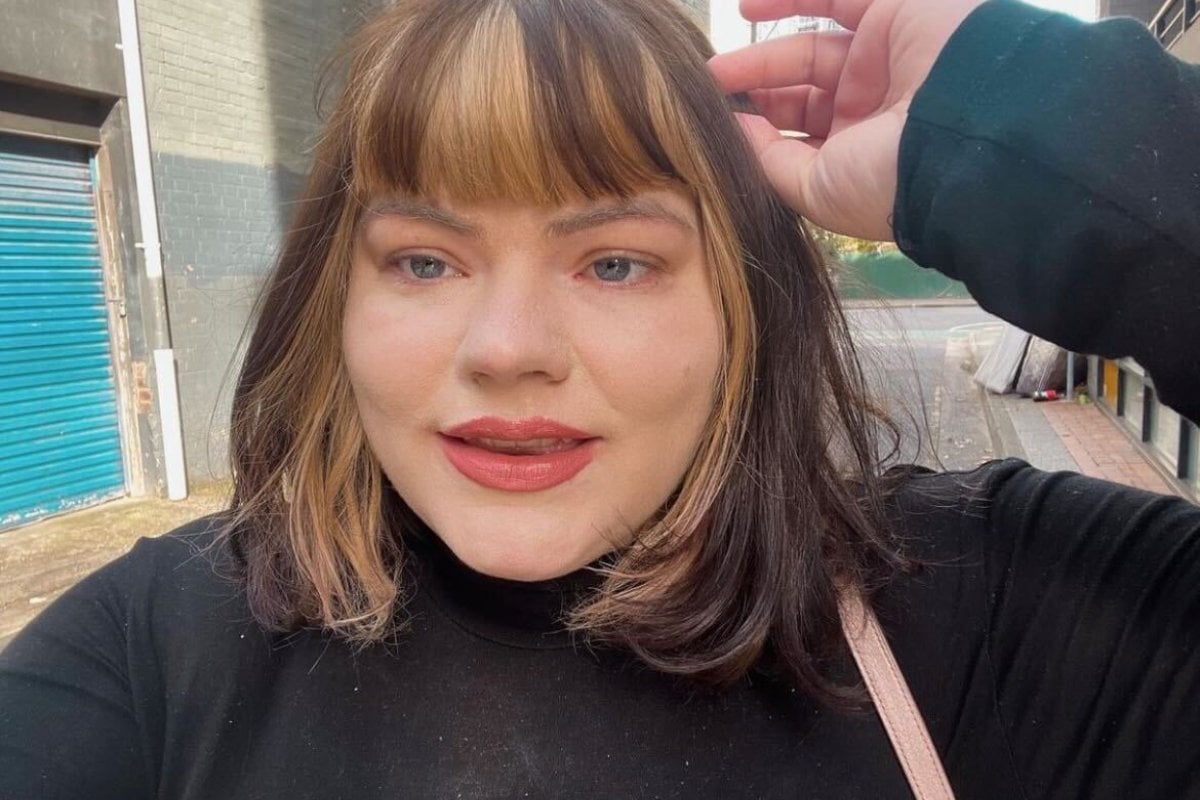 Somewhere between lockdowns, masks and 11am press conferences, I lost my drive for sex.

Everything felt mundane and draining. Having sex just seemed like something someone with zest did, not someone who was wearing the same track pants three days in a row.

Lockdown life doesn't exactly set you up to be overtaken with lust. I was stuck in a tiny terrace with my lovely boyfriend, and we were both just trying to cope with the overwhelming feeling that our lives had shrunk. We'd gone from date nights, friend catchups and weekends away to lounge hanging and googling if we were both allowed to go to the supermarket or just one of us.

It was an overwhelming time for a variety of reasons and it left me feeling depleted not sexy.

But then lockdowns lifted, life returned to a new normal, and my libido still felt low. I had assumed that once life began again, my sex life would too, but it just didn't. It was like I'd turned a light off and now couldn't find it again to flick it back on. I was perpetually living in darkness.

While you're here, Mamamia's sex survey asked Australian women intimate details about their sex lives and this is what they had to say. Story continues after video.

For ages, I just waited for it to change again. I figured as life resumed, my sex drive would pick up and things would just be fixed. But it didn't really change. It wasn't like I was having no sex, but much less sex, and I rarely felt like sex. Sex became something I did if I remembered to do it: kind of like buying toilet paper or getting an annual dental check-up.

It was also stressful with life resuming. Social hangouts felt daunting, heading to work practically felt like a voyage and everything felt very tiring. Plus, I'd gained weight during lockdown like most people, and I was adapting to a new body. I didn't magically feel like a weight had lifted when restrictions eased. Basically, I thought more about how on earth I would work in an office again and less about oral sex.

Eventually, I realised that my sex drive was very much linked to how I felt about myself and after two years of lockdowns; I felt like sh*t. I'd stopped doing everything I used to do to make myself feel good. I'd stopped getting my eyebrows done, stopped getting facials and manicures. Even, when I could do those things again, I just didn't.

The pandemic had made me feel vain and frivolous for wanting those things desperately. It felt wrong to care about how my skin felt, while people couldn't see their loved ones. I got so used to not doing things for me, even when I could again, I didn't. I was stuck in a jag of not prioritising myself, making me feel glum and very unsexy. I wanted to be in my hot girl era but instead I was in my tired girl era.

To get my groove back, I started doing things for myself. I got the facial; I got my eyebrows done; I treated myself to a massage. I started peppering my week with little pleasures. I also started buying clothes I didn't just get because I thought they'd look comfortable. I felt more like myself; it was the kick that I needed, because feeling good makes you feel sexy and feeling sexy often makes you want to have sex.

Listen to Sealed Section and join Psycho-Sexologist Chantelle Otten, as she answers all your sex & relationship questions. Story continues after podcast.

It wasn't quite like a switch. I didn't suddenly feel turned on again. I didn't go from feeling like Oscar The Grouch to Samantha from Sex And The City overnight but slowly as I pampered myself, I felt all those urges that had disappeared somewhere between restrictions and being unable to fit into my favourite pair of track pants.

It's funny because there have been so many side effects from the pandemic but I didn't foresee my sex life being one of them. Interestingly, losing my sex drive taught me to take care of myself and that an orgasm is always better when you feel good about your eyebrows. Who knew?