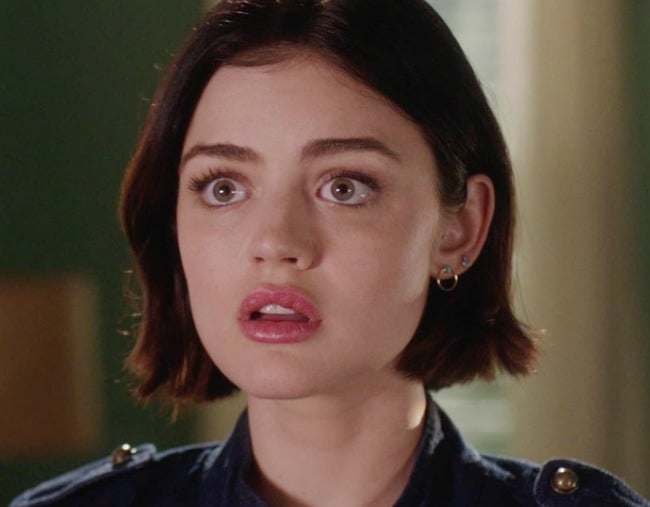 Stella Abbott was supposed to die.

So, she took part in an experimental – and costly – clinical trial. She then took off to Paris to find love while she still had time.

The 24-year-old met and fell in love with a British guy named Wes. The couple returned to her small town to announce their engagement to her family.

Lucy Hale’s TV series shows a different side to cancer…

Then Stella received the news. The cancer had just… disappeared.

The clinical trial was a success and Stella had a long and healthy life ahead of her.

Faced with a new life sentence, Stella soon discovered her world wasn’t quite what it seemed.

The pressure of the ongoing cost of her treatments, had torn her parents apart and they were only staying together for her sake.

Her older sister had given up on her dreams to stay close to Stella.

Her older brother was listless, he had sort of fallen through the cracks while the family was focused on Stella.

And the man she had hastily married four months earlier wasn’t exactly who she thought he was.

This is the side of cancer Lucy Hale’s new TV series shows us.

It doesn’t tell us the story of a lovable TV character who dies way too young. Or even one who makes a miraculous recovery only to live happily ever after.

Instead, Life Sentence shows us the gritty reality of what cancer actually does to people’s lives.

It can tear families apart. It can leave people in horrendous amounts of debt. It can make people question the very meaning of life.

But it can also bring people together, make them stronger, and show us the absolute best of the human race.

Life Sentence is kind of like Parenthood meets Transparent meets The Big C.

You can watch the first season of Life Sentence on 7plus.