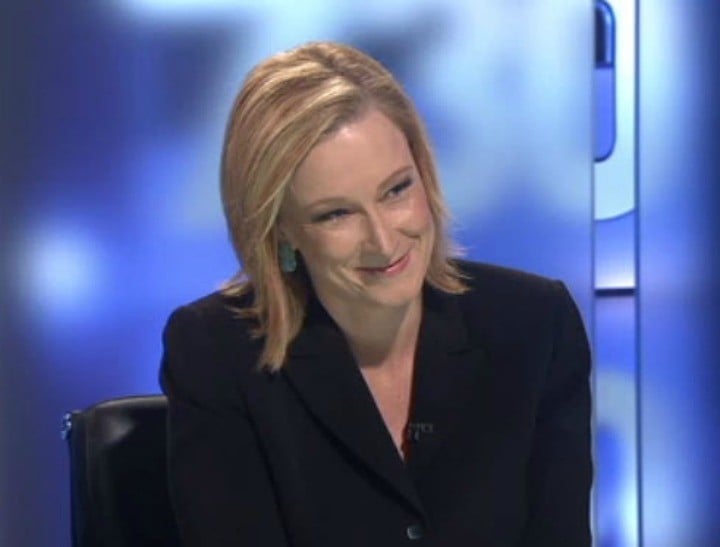 Last night on ABC’s 7.30 program Leigh Sales delivered a master class in how to conduct an interview.

For anyone who missed it, the veteran journalist refused to let a smirking Malcolm Turnbull off the hook as he attempted to dodge a series of uncomfortable questions about embattled Liberal MP Mal Brough and his copper-wired NBN.

Sales managed to remain immune to the Prime Minister’s signature charms and silver tongue as he tried repeatedly to steer her away from the stickier talking points to his relentlessly positive “innovation boom” agenda.

“I ask the questions on this program,” she replied curtly when Turnbull asked if her audience might prefer to discuss his Innovation Statement rather than his party’s controversial internal politics.

Basically, it was ‘How to interview like a boss’, according to Leigh Sales.

This is what we learned:

Fully aware that she was racing against the clock, Sales had a list of questions she wanted answered and made sure she had time for all of them.

She covered the ins and outs of the innovation package, the NBN, Mal Brough, Joe Hockey’s (then-rumoured) new role as ambassador to Washington and Ian Macfarlane’s defection to the National Party.

“You’ve lost interest in innovation, have you?” Turnbull chided.

“I haven’t lost interest,” Sales laughed. “But there’s a lotta things to get through and there’s limited time.

“There’s lots of issues. We can walk and chew gum at the same time.”

2. If you don’t get the answer you want, ask the question again.

Sales asked Turnbull to clarify how the $13 million of the new package pledged to entice girls and women into science and maths would be spent, to which he replied:

“Well it’s all to do with programs and awareness and it’s – it is a – it’s a really – you’ve put your finger on actually one of the biggest challenges we face.”

Not satisfied with this non-answer, Sales just asked the question again.

3. Cut through the bullsh*t.

Given the Prime Minister’s apparent determination to modernise Australia’s economy, the Coalition’s version of the NBN, which relies on existing copper networks seems rather backwards.

A point not missed by Sales:

“Many people in that sector and other sectors would tell you that the most critical thing for their business these days is a speedy internet. So why then do you continue to back a broadband network that relies on a decrepit copper network?”

It doesn’t matter if you’re doing vox-pops in the street or interviewing the Prime Minister of Australia, journalists have a job to do and last night, Sales did hers supremely well.

Each time Turnbull tried to deflect one of her questions or placate her with meaningless rhetoric, she looked down at her meticulously prepared notes, kept her cool and then masterfully pulled the interview back on track.

She refused to ever let her subject control the conversation:

“If every guest on the program came on and they only got to talk about what they wanted to talk about, it would be a very different program.”