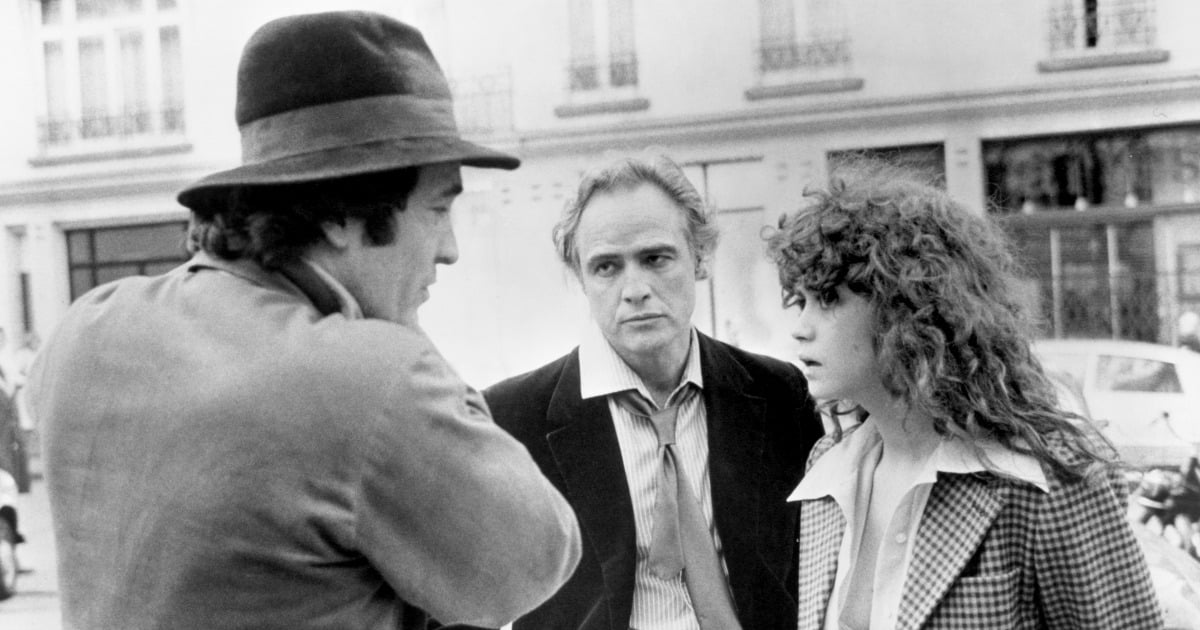 Bernardo Bertolucci’s Last Tango in Paris has long been considered a classic film, a boundary-breaking meditation on 20th-century loneliness and sexual politics.

Australian streaming service Stan has already removed the film from its catalogue in response. And film scholars – who have long regarded this film as part of the canon – must surely reassess this judgement now that we know the appalling means by which one of its key scenes was created.

It is now impossible to rewatch the movie without the air of a snuff piece about it. As viewers, we are witnessing actual abuse. It is difficult to imagine a way around that.

In the interview, Bertolucci reveals that a key scene in which Brando uses butter as a lubricant for sex was shot without Schneider’s consent. Rather, Bertolucci and Brando conspired to get a “real” reaction from the actress, who repeatedly says “no” during the scene.

We now know that it was Maria the woman and not Jeanne the character who was fighting to get Brando’s imposing figure off her back. What we see onscreen is not a simulated rape but an actual instance of sexual abuse. In the interview, Bertolucci says that he felt guilty but that he didn’t regret having shot the scene in such a deceitful way.

First things first: there are potential legal ramifications stemming from this revelation. It may be that Stan’s removal of Last Tango in Paris is only the first in a number of consequences for the film. For the film community, both the revelation and the response to it also raise several important questions.

Firstly, in a world where men dominate the film industry and perpetuate its status quo, film scholars must carefully consider the kinds of stories we tell about its history and achievements. Nor should women be left to critique the industry’s gender politics alone – one reason why we, as two men, feel the need to write this article.

D.W. Griffith’s film The Birth of a Nation (1915), for instance, was picketed at its release by the National Association for the Advancement of Colored People for its racism and is now widely thought to have spearheaded the resurgence of the Ku Klux Klan. However, it still holds a place in many film scholars’ lists of the all-time greats for its technical and aesthetic achievements.

This should not be allowed to happen with Last Tango in Paris. We should not revere artistic achievement over the genuine suffering of others.

Bertolucci’s actions are a contradiction to his persona and his body of work. Having lived and denounced fascism through films such as The Conformist (1970), it is surprising that he was such a gender fascist himself. But it is not enough simply to say that because Last Tango reaches aesthetic heights it is worth championing.

A further key question is why it took the recirculation of an interview with the film’s male director for this treatment to be taken seriously – when Schneider herself spoke about the scene and its impact on her for years. In a 2007 interview, Schneider, who suffered from mental health issues throughout her life, said that she felt “a little raped” by Brando and regretted not having refused to shoot the scene or called her agent.

But how could she refuse? There was a clear power differential between Schneider, and Brando and Bertolucci. She was an aspiring young actress, while Brando was the biggest movie star in the world and Bertolucci was considered a master filmmaker. Brando was 48. Schneider was 19. Let that sink in: she was 19 years old, barely an adult.

According to numerous acquaintances, the experience of shooting Last Tango in Paris haunted her for life. While it advanced both Brando and Bertolucci’s careers, earning them Oscar nominations, it left Schneider’s in shambles.

It is also worth remembering that Schneider, Brando and Bertolucci were not the only people present on the set for this scene. How many camera, sound and production crew have stayed silent for decades and remain complicit?

Finally, we must question the much-lauded “method” of acting and filmmaking that, in the name of greater art, has ultimately resulted in something akin to rape.

We should stand our ground and draw the line on what is permissible for the sake of art and realism. Bertolucci expressed that he wanted Schneider to feel, rather than act, her humiliation and anger. That he wanted to get her reaction “as a girl, not as an actress”. What we witness is not realistic filmmaking, it is a criminal act. We cannot excuse Brando either and let his ghost hide behind the cloak of method acting.

Directors pushing women to the limit

What Bertolucci did is not without precedent in an industry so clearly dominated by powerful men. Other filmmakers such as Alfred Hitchcock, Stanley Kubrick and Lars Von Trier are infamous for pushing actresses to the limit, imposing their status as “master filmmakers”.

Similarly, the industry continues to work with directors Woody Allen and Roman Polanski, both allegedly perpetrators of sexual abuse. It is convenient that these powerful men are allowed to assert their technical craft over young women and be lauded for their artistry as a result.

Rightfully, a handful of Hollywood personalities have expressed their disgust through social media. Actors Jessica Chastain, Evan Rachel Wood and Anna Kendrick have denounced Bertolucci through Twitter, inviting us to re-evaluate both his and Brando’s body of work. Director Ava DuVernay wrote: “Inexcusable. As a director, I can barely fathom this. As a woman, I am horrified, disgusted and enraged by it.” Other Twitter users have called for Bertolucci to be prosecuted.

The fact that both Schneider and Brando are dead is irrelevant. In a sociopolitical climate in which elected world leaders can brag about sexual assault without real repercussions, where women are routinely locked out of the film industry and where gendered online abuse is routine, this case should not go unacknowledged.

In the meantime, let’s think long and hard before calling either Brando or Bertolucci “great” or Last Tango in Paris “a classic” ever again.

Wow! Mamamia, keep this article on top for long. Everyone needs to read this.