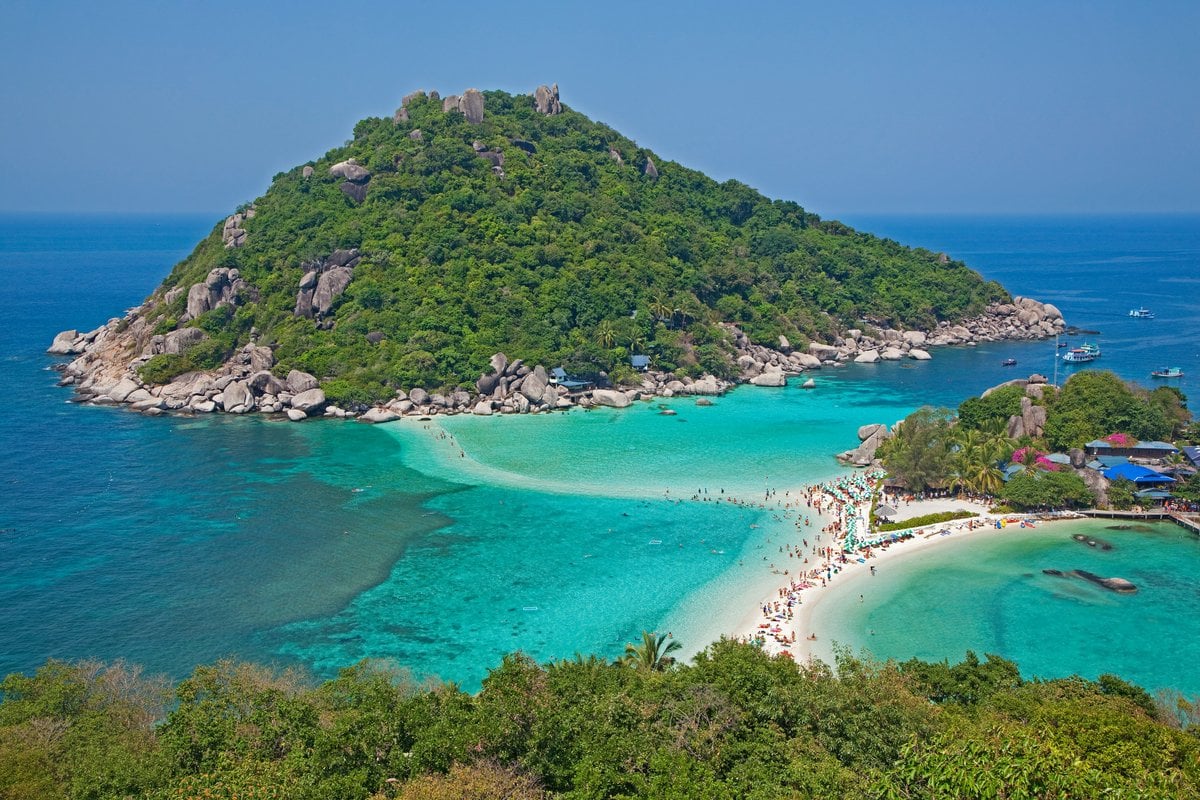 There are a few things the holiday island of Koh Tao in southern Thailand is famous for.

A popular attraction for luxury tourists, their crystal-clear and blinding-blue water is world-renowned for scuba diving, boasting its vast and vibrant marine life. There are about half a million tourists that enjoy the exquisite sight each year (in the pre-pandemic years).

But in the past decade, the small island has gained a more menacing and mysterious reputation.

Amid the backdrop of postcard-worthy beaches, Koh Tao has been the crime scene of several mysterious deaths since 2014. Now, it is infamously known as "Death Island". 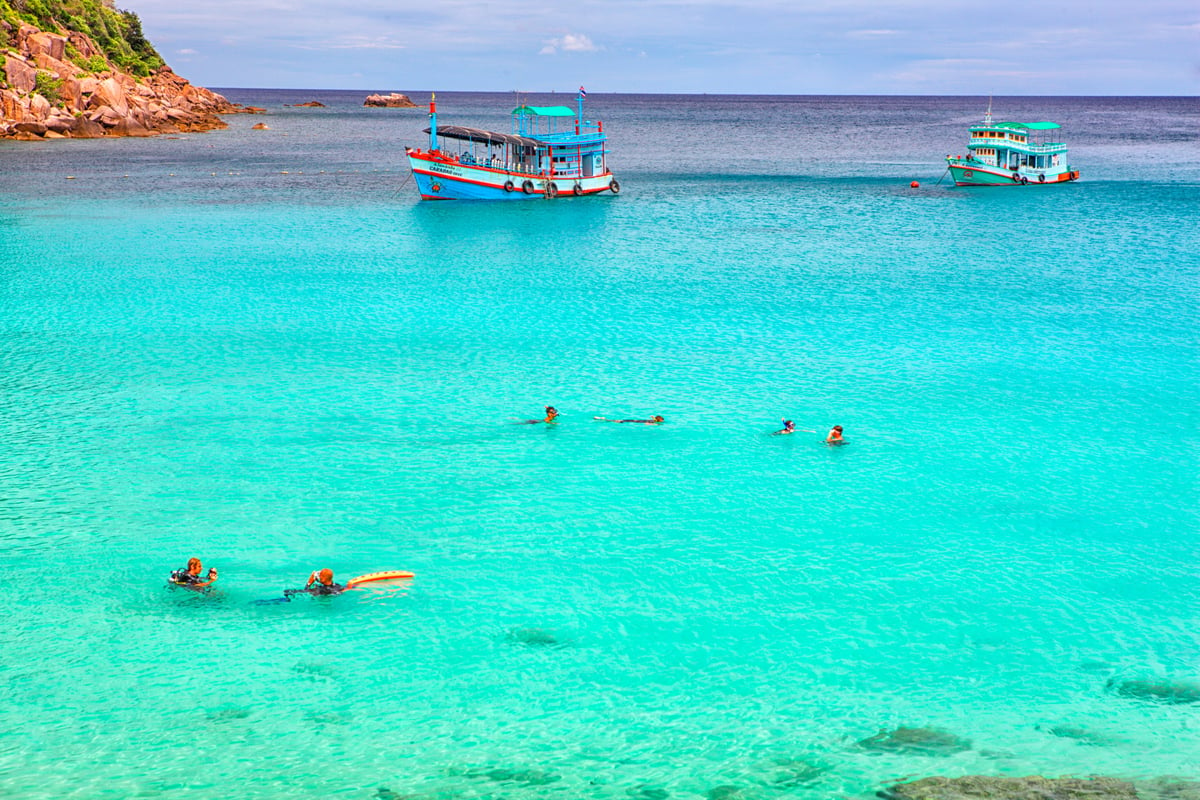 About half a million tourists visit Koh Tao each year. Image: Getty.

Ratish Sachathamakul, 34, was on holiday with his parents when he found their bodies on June 4, 2021.

The day the family-of-three checked in to the exclusive Jamahkiri Resort and Spa, Ratish went for a walk by himself whilst his parents went for a swim.

When he returned to the resort, he found his father, 59-year-old Rakeshwar Sachathamakul, and his mother, Anshoo, 55, lying dead at the bottom of the pool.

The son called for help and their bodies were quickly pulled from the 3-metre deep pool, but despite their attempts to resuscitate the pair, it was too late.

The Thai-Indian millionaire couple died at the scene, with police saying there were no apparent signs of foul play. However, police have also revealed that the CCTV equipment that covers the resort's pool stopped working at the time of the incident due to maintenance issues.

With no witnesses, officers were left to guess what happened. They say they believe that one spouse had started drowning in the pool, and the other came to help before they too drowned.

Rakeshwar Sachathamakul was a millionaire, as the co-owner and CEO of a five-star hotel in Phuket.

The couple's passing is the latest in a string of similarly suspicious deaths.

It started in 2014 with the highly documented murders of backpackers David Miller, 24 and Hannah Witheridge, 23. 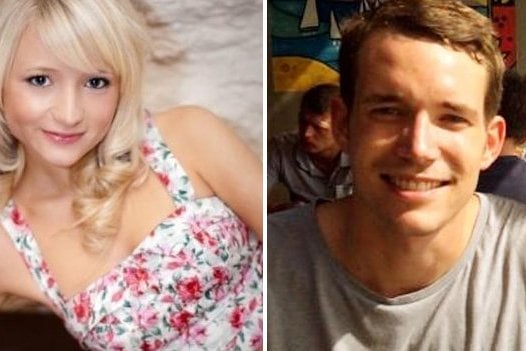 The British duo were found brutally bludgeoned on Koh Tao's popular Sairee beach in the early hours of September 14, 2014. Witheridge had been raped as well.

Two Burmese nationals were later convicted and sentenced to the death penalty (which has since been changed to life in prison, at the request of the victims' families). The men, apprehended soon after the discovery of the pair's bodies, initially confessed to the crime but later retracted their statements amid claims that police used torture to extract the confessions.

When Thailand's Prime Minister, Prayuth Chan-ocha, was asked about the killing of the British backpackers, he made a widely-criticised comment about if young women were safe in his country.

“They think our country is beautiful and safe and they can do whatever they want, wear bikinis wherever they like,” the Prime Minister said. “I’m asking, if they wear bikinis in Thailand, will they be safe? Only if they are not beautiful.” He later apologised.

Their deaths came after the body of another British tourist, 25-year-old Nick Pearson, was discovered by scuba divers on New Year's Eve in 2014. His family, who were with him on the trip, believe he was murdered.

Then, on New Year's Eve in 2015, French man Dimitri Povse, 28, was found hanging from the ceiling of a rented home. Authorities declared it a suicide, but suspicions were raised because his hands were tied behind his back.

The next month, a 23-year-old Russian woman, Valentina Novozhyonova, disappeared without a trace. Her phone and passport were still in her room when the alarm was raised.

In January 2016, 24-year-old British backpacker Luke Miller was the next mysterious death. He was found at the bottom his Koh Tao hotel pool. Despite a ruling in 2017 by a British coroner that there was no evidence of murder, Miller's family claim there were inconsistencies in the police reports into his death and suspect foul play.

Then, in April 2017, Belgian woman Elise Dallemagne was found dead in the Koh Tao jungle. Officials say she died by suicide but her family believes she was murdered.

And now, there is the mysterious death of Rakeshwar and Anshoo Sachathamakul.

With accusations of coverups and corrupt officers, it remains unclear what is going on in Koh Toa.

According to journalist Elaine Dickinson of The Independent, the answer could lie in the presence of the mafia on the island.

After speaking to local residents on the island, she reported: "They told of an island held in the iron grip of a mafia family, who demanded protection money, controlled the local police force and were not above attacking or burning down the homes and businesses of people that crossed them."

With the island's economy entirely dependent on tourism, there are grave concerns over whether Koh Toa is even a safe place to visit.