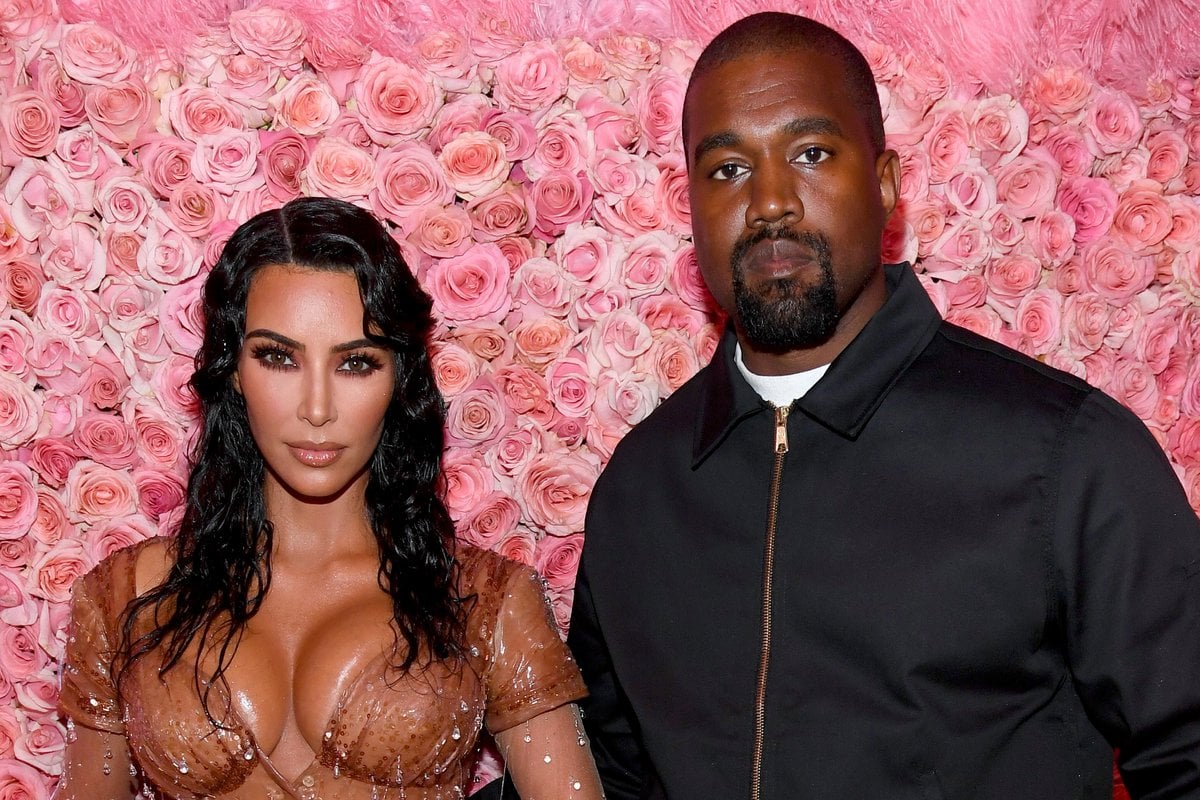 In the first week of January, reports emerged that Kim Kardashian and Kanye West's marriage was coming to an end.

As reported by multiple outlets, including People, Page Six and The New York Post, Kardashian is reportedly preparing to file for divorce from West after nearly seven years of marriage.

At the time, Page Six claimed that Kardashian had hired celebrity divorce lawyer Laura Wasser for the proceedings.

Watch the trailer for the final season of Keeping Up with the Kardashians below. Post continues after video.

"They are keeping it low-key but they are done," a source told the publication. "Kim has hired Laura Wasser and they are in settlement talks."

However, almost a month later, Kardashian and West are still yet to respond to the claims. ¯\_(ツ)_/¯

According to US Weekly, Kardashian is yet to file for divorce as the couple are still working on their settlement.

Another source agreed, adding: "Kim has had all of her and Kanye’s financials and properties ready to be split; it’s a very fair deal for everyone. Friends thought she was going to file in September, but she’s holding out. That does not mean that everything behind the scenes is already done."

While we await ~official confirmation~ from Kardashian and West themselves, here are the six definitive signs that their marriage is over.

Ah, yes. The number one sign of an impending celebrity divorce.

In recent weeks, Kim Kardashian has shared several photos to Instagram without her wedding ring.

Interestingly, most of the ringless photos are promotional shots for Kardashian's shapewear brand, SKIMS. (Free publicity, anyone?)

You know what they say...

Kim Kardashian and Kanye West have reportedly been living apart for several months.

While West has been living at the couple's Wyoming ranch, Kardashian and their four children have remained at their family home in Los Angeles.

E! News also reported that the couple have been living separately. (Does every media outlet have a mysterious Kardashian source on speed dial?)

"They've seen each other for the sake of the kids but have been living separately. Kim knows the marriage is over. She's known for a while," the source claimed.

"It's not about the marriage anymore, she'll always care for Kanye but it's over between them. Kim is only focused on what's best for the kids. It's a tough decision for her and she's figuring it out."

In further ~evidence~ that the couple are "living separately", West wasn't featured in photos from the family's incredibly over the top Christmas Eve celebrations at Kourtney Kardashian's home in Los Angeles.

Kim Kardashian is undoubtedly one of the biggest celebrities on Instagram.

However, she hasn't shared a photo of Kanye West with her 202 million followers since November.

At the time, the reality TV star shared a throwback photo with West for the 10th anniversary of his My Beautiful Dark Twisted Fantasy album.

Okay, wait. While we're on the topic of Instagram, we need to talk about Halloween.

This year, the Kardashian-West family dressed up as spiders. And just like previous years, Kanye West's face was not visible.

THERE IS NO PROOF THAT THIS MAN IS KANYE WEST.

In fact, the man inside this costume is absolutely Jonathan Cheban.

we’re all on the same page that kanye is not inside either of these costumes right pic.twitter.com/V2YfEhi5Wr

Kanye has spoken about divorcing Kim before.

In July 2020, West publicly shared that he tried to convince Kardashian to get an abortion while pregnant with their first child.

He also called Kris Jenner "Kris Jong-un" and claimed he had been trying to get a divorce "since Kim met with Meek at the Warldolf [sic] for 'prison reform'."

Kardashian publicly supported him throughout this time, addressing West's bipolar disorder in a series of Instagram Stories. 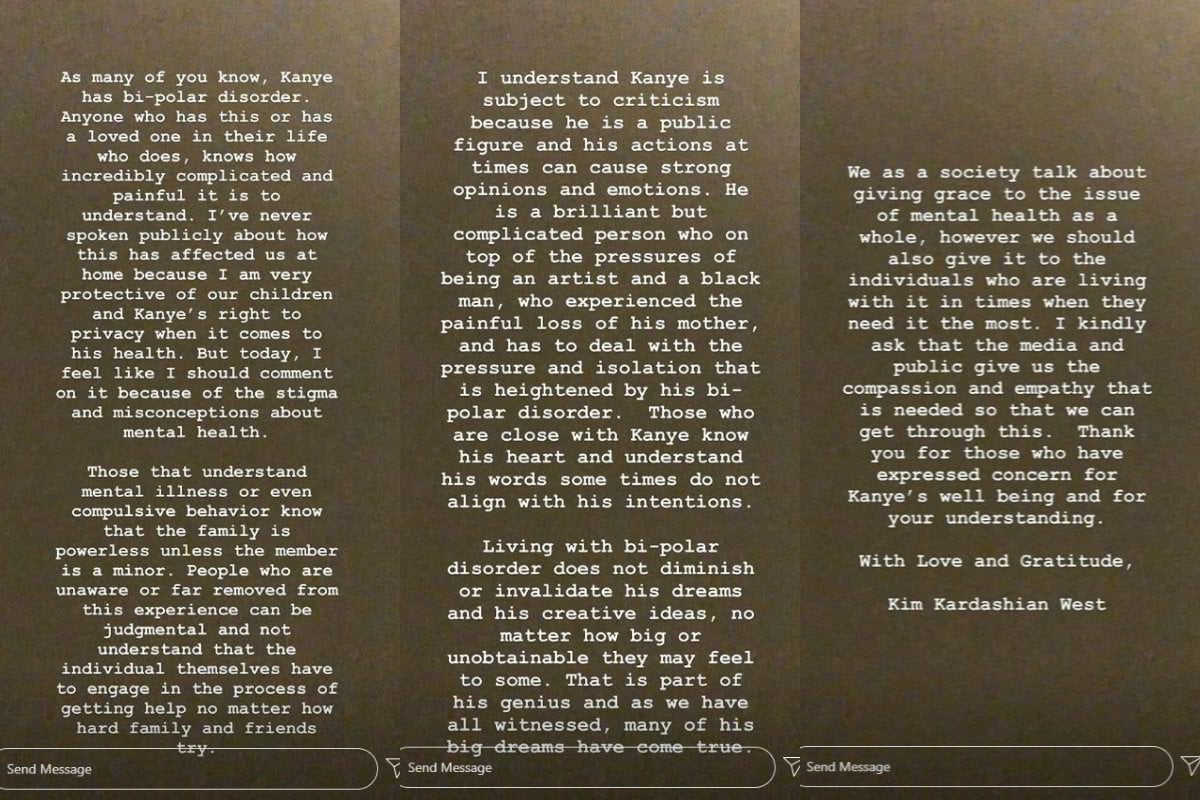 "[West] is a brilliant but complicated person who on top of the pressures of being an artist and a Black man, who experienced the painful loss of his mother and has to deal with the pressure and isolation that is heightened by his bi-polar disorder... Living with bipolar disorder does not diminish or invalidate his dreams and his creative ideas".

It's (probably) going to play out on the show.

Last year, Kim Kardashian and her family announced that Keeping Up with the Kardashians would be coming to an end in 2021.

The reality show has chronicled some of the biggest moments in Kardashian and West's marriage, including their engagement, the months-long build of their Calabasas home, and their family life.

So, what would be the best storyline for the final season? A divorce.

According to Page Six, the final season will focus on the end of the couple's marriage.

"The Kardashians intend to go out with a bang. They've filmed Kim discussing her marriage problems. But everybody involved is on a nondisclosure agreement, because the finale won't screen until later in 2021," one source said.

The final season of Keeping Up With The Kardashians will premiere on March 19 on hayu.