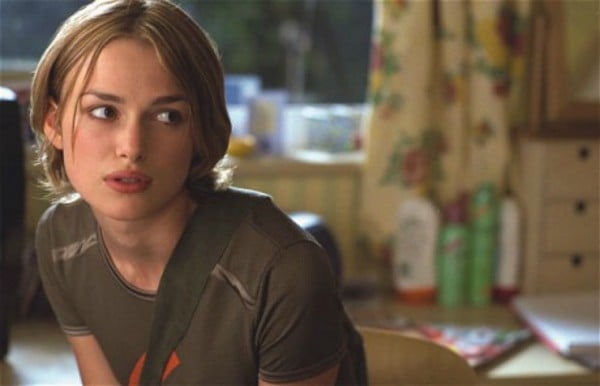 From a rebellious soccer player in Bend it Like Beckham to the title character in Anna Karenina, Keira Knightley has played some diverse characters.

“I have dyed my hair virtually every colour imaginable for different films. It got so bad that my hair literally began to fall out of my head!” she told InStyle.

Watch: We get blonde expert Deborah Grevett to spill all her hair secrets. Post continues after video.

She needed a solution, so for the past five years, Knightley’s hair has escaped harsh treatment and constant change.

“So for the past five years I’ve used wigs [for filming], which is the greatest thing that’s ever happened to my hair,” she said.

We never even noticed.

She's not alone. In 2013 January Jones told Grazia UK that dyeing her hair too much had caused it to "fall out in clumps."

"I've been blonde, red with extensions for this film, then blonde, then black, and now blonde again. I'm going to have to shave it off and wear a wig,"she said.

However experts believe that hair colour isn't strictly to blame. While constant dye can certainly damage the condition of hair, it doesn't necessary cause hair loss.

"Hair colour can dry hair, make it brittle, and even break the hair in extreme cases, but it doesn't make hair fall out. The only way to make hair fall out is to damage the root of the hair under the scalp." colourist Kyle White told Allure.

"Hair loss is a medical issue, not a hair-colour issue. It can be caused be a variety of things—stress being the number one factor—but should be addressed by a dermatologist." (Post continues after gallery.)

While the to-and-fro of dyeing for roles is over, Knightley's hair has faced a whole new challenge of late since becoming a mum to daughter Edie in May last year.

"I have naturally crazy, curly hair, and since I’ve had the baby it’s become 10 times thicker. So now I’ve been finding quite a lot of dreadlocks," she said.

"A Tangle Teezer is the only thing that works for detangling my dreadlocks. It gets rid of the kinks without snagging my hair out. I also use conditioner every two or three days. Bumble and Bumble Creme de Coco loosens my curls and makes my hair smell like coconut."