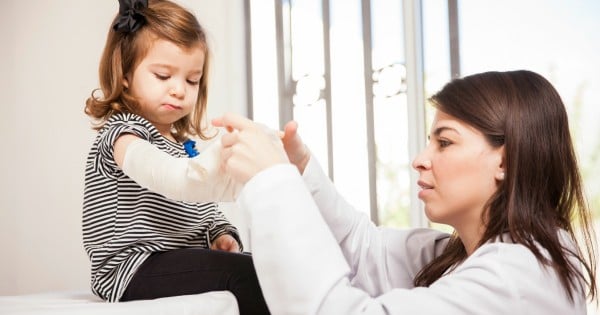 Thanks to our brand partner, Transport for NSW

On average, more than five children are killed and 47 seriously injured in driveways each year across Australia.

It’s a sad statistic that affects more than just the immediate victim and their parents – it’s also something that paramedics, nurses and doctors have to face too.

We spoke with a paediatric nurse to find out what it’s like on the frontline.

How long have you been a nurse?

I started nursing seven years ago, and have been a registered nurse in paediatrics for four years now. I work in a general paediatrics ward where we look after infants, children and adolescents from birth to 15 years in medical, surgical and orthopaedics fields.

My first few weeks as a paediatric nurse were overwhelming, exciting and scary.

Thankfully, I work on an amazing ward with such caring nurses that took me under their wingু and showed me the ropes. It wasn’t long before I was on my own and started being in-charge and running shifts.

Can you remember the first time you looked after a child who had been injured in a driveway incident?

Since I started nursing, I have seen so many accidents, traumas, broken bones and bizarre explanations for them that none of it surprises me anymore. My first memory of a driveway trauma was an 18-month-old baby who came in with a fractured femur and as a result, needed a traction – which, for people who have never seen it before, looks like some kind of medieval trauma device for stretching the bones out to align them again after a break.

Basically the child is placed in a bed with a metal frame around the top; the leg is put in a sling and lifted up over the frame with weights. The process can take up to six weeks, in which time the child is confined to the bed on their back with their leg immobilised.

Did the parents tell you how the incident occurred?

The family told the paramedics, the emergency department, the doctors and every nurse the same consistent story of what happened (which I have learnt is THE very best thing you can do in any incident like this). The father was reversing out of the driveway in a 4WD, the toddler ran across to grab a ball and fell, the father ran over his foot, which trapped it when he rolled and broke the femur.

The family were obviously distraught, but they remained positive for their child and got through it together. There are always ups and downs we see with families during their hospital stay, it’s a stressful environment for a child, it’s a strange place, there are strange people they’ve never seen before doing strange things to them, they’re in pain and they’re scared. The last thing a child needs in that situation is their family to fall apart. Children are so responsive to the world around them and their behaviour is a reflection of what they see and hear.

It’s very hard to cope with major trauma; on top of that this family were basically responsible for what their little one was going through. I was baffled by how calm they were, and how the family came together to help and support each other and their baby.

We are here to help, and we can’t do that if we have the wrong description of what happened or the wrong information to treat your child. My best advice from a medical perspective is to be upfront, honest and consistent. And just remember, accidents occur and it only takes a second for a driveway trauma to happen.

Have you dealt with other notable incidents?

Since that first case I have nursed many, many children with traumatic injuries from driveway incidents, sometimes in the hands of their own families, and some from normal child play. I’ve had families that do not cope; they blame each other and get stressed and angry. They have a tendency to take this out on nursing staff, simply because we are there at the bedside the most. That can be really hard because we come to work for long hours on nights, evenings, weekend and public holidays; we work on Christmas instead of seeing our own families and friends. So when a family becomes defensive and confrontational, it gets harder to cope physically and emotionally.

What advice would you give to parents about keeping kids safe around cars?

Always know where your children are playing and ensure they understand that the driveway is not a play area. Make sure your kids are inside or supervised BEFORE you start the car. Check and double check before reversing. Teach your children road safety from a very young age and supervise them, even when they’re old enough to tell you to leave them alone. They may think you are annoying and over-protective, but they won’t ever resent you for being too careful once they grow up to be healthy adults and become parents themselves.

Have you ever experienced a driveway accident or a near miss?