Keanu Reeves is often described as one of Hollywood's 'nicest' guys.

That reputation has been built slowly and consistently over decades, with small, selfless acts that set him apart from your typical A-list actor.

Most recently, it's been reported that Reeves donated 70 per cent of his salary from The Matrix to cancer research - a cause that mattered deeply to him because his sister, Kim, was diagnosed with leukaemia in 1991. The 1999 sci-fi film earned him over $60 million - $44 million of which he gave away to charity.

Reeves was his sister's primary carer while she fought leukaemia for a decade, and fully recovered.

But as audiences watch the now 57-year-old in the recently released The Matrix Resurrections, they may remember the stories of his devastating personal tragedies.

Watch the trailer for The Matrix Resurrections. Post continues after video.

From an absent father to the loss of a child, best friend and great love, Reeves' narrative is one of remarkable resilience.

Growing up, Reeves' family lived a nomadic life. They spent time in Lebanon, Australia and the US, before settling in Toronto, Canada. By this stage in his childhood, his father had dropped out of the picture, leaving his mother to take care of him and his younger sister Kim.

Reeves' father was later arrested for possession of heroin and cocaine, and sentenced to 10 years in jail in 1994. He was released in 1996.

"The story with me and my dad’s pretty heavy. It’s full of pain and woe and f**king loss and all that sh*t," Reeves once told Rolling Stone.

His mother later became a costume designer in Hollywood, shortly before Reeves embarked on his own acting career - having left high school without receiving a diploma.

Keanu Reeves was thrust into the spotlight in 1986, starring in River's Edge, an indie crime film following the story of a murder within a group of Californian teenage burnouts.

Carrying his growing cult status through to the early 90s, he went on to star alongside fellow edgy teen heartthrob River Phoenix in Gus Van Sant's indie drama My Own Private Idaho. 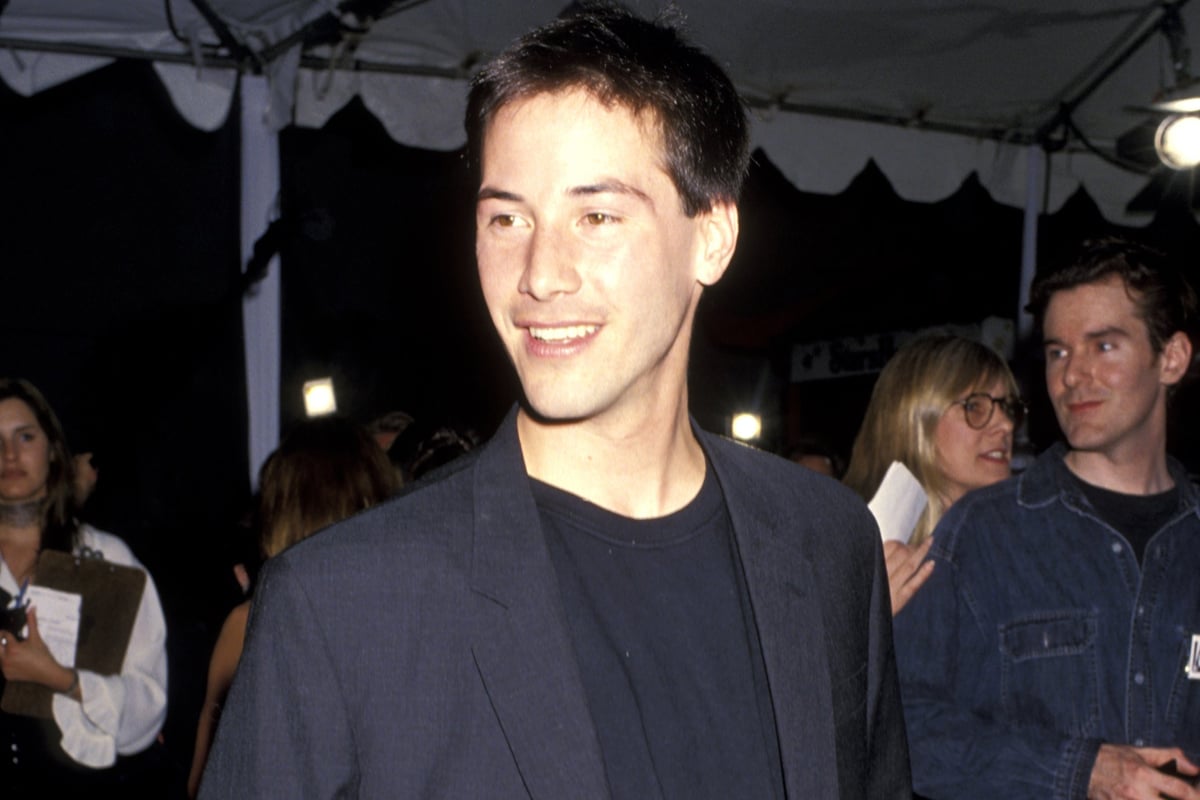 The two actors became close, but then tragically, River Phoenix overdosed on a lethal concoction of cocaine, morphine, and valium outside The Viper Room, an LA club owned by Johnny Depp. It was 1993, and Phoenix was just 23 years old.

It was, in a twisted irony, the year before Reeves' own father was caught - and subsequently arrested - with large amounts of heroin and cocaine.

During a Reddit "Ask Me Anything" in 2014, Reeves was asked about his friend.

"He was a remarkable human... and actor. We got along very well, and I miss him. I think of him often," he replied.

Throughout his career, the notoriously private actor has been linked to a number of famous women - Sandra Bullock, Sofia Coppola, Parker Posey and China Chow, to name a few.

But it was his relationship with Jennifer Syme that came to a tragic end.

In 1998, Reeves met the young actress, who at the time was working as filmmaker David Lynch's assistant, at a party thrown for his rock band Dog Star.

They immediately began dating, and a year later were expecting a child together. In 1999, Syme gave birth to a stillborn daughter - only a month before baby Ava's due date.

Manson claimed in his memoir The Long Hard Road Out of Hell that he had sent Syme home from the party with a designated driver, but on arriving home, she decided to get in her own car and drive back.

In a 2006 interview with Parade magazine, Reeves said of Syme's death: "Grief changes shape, but it never ends. People have a misconception that you can deal with it and say, 'It’s gone, and I’m better'. They’re wrong. When the people you love are gone, you’re alone."

"I miss being a part of their lives and them being part of mine. I wonder what the present would be like if they were here – what we might have done together. I miss all the great things that will never be," he added.

And the hardship continued for Reeves, when his sister Kim - also an actress - fell ill with leukemia in 1991 at the age of 25. After nearly a decade, Kim went into remission in 1999.

"When she was in the hospital, he was there with her all the time, sitting at her bedside, holding her hand. Sometimes, it’s almost like he doesn’t trust himself to have a relationship with anyone," a close friend of Reeves' once revealed to People.

Amongst all this - Keanu Reeves had his own brush with death, falling off his motorbike in 1988, an accident which led to his damaged spleen being removed from his stomach.

"I remember saying in my head ‘I’m going to die,'" he told Rolling Stone.

Yet, the Speed actor remains one of the most down-to-earth celebrities of Hollywood, seeming to have avoided some of the pitfalls of fame.

He once told fans in a Reddit AMA: "It’s easy to stay grounded. The ground is very close. And we walk on it every day."

So, has Keanu written a book or something? Is he promoting a movie and giving interviews where he’s been talking about all this stuff? Or have you guys just written an article about a celebrity’s most painful private moments for no apparent reason? Because this seems like a really random thing to write about out of the blue.

Couldn't agree with you more.

Actually, I quite like this - it's just summarising the info about a celebrity that's out there that might not be common knowledge. You're right in that they often become more forthcoming when they've got a book or film or album coming out - one of the things I noticed about James Cordren's Carpool Karaoke when it became popular - but that doesn't mean that the bits they reveal aren't interesting. I'd rather this than raking over the latest reality TV minutae

As a bit of background for an interview or something, I can see how this would be interesting to people who weren’t familiar with his story. Or if he was speaking publicly about what had happened, the way Rob Delaney has been. But a random, out-of-context story about the tragedies in his life just really rubs me the wrong way - it feels a little ghoulish.

It's probably down to Bill & Ted 3 being announced recently and people remembering hey, Keanu Reeves.