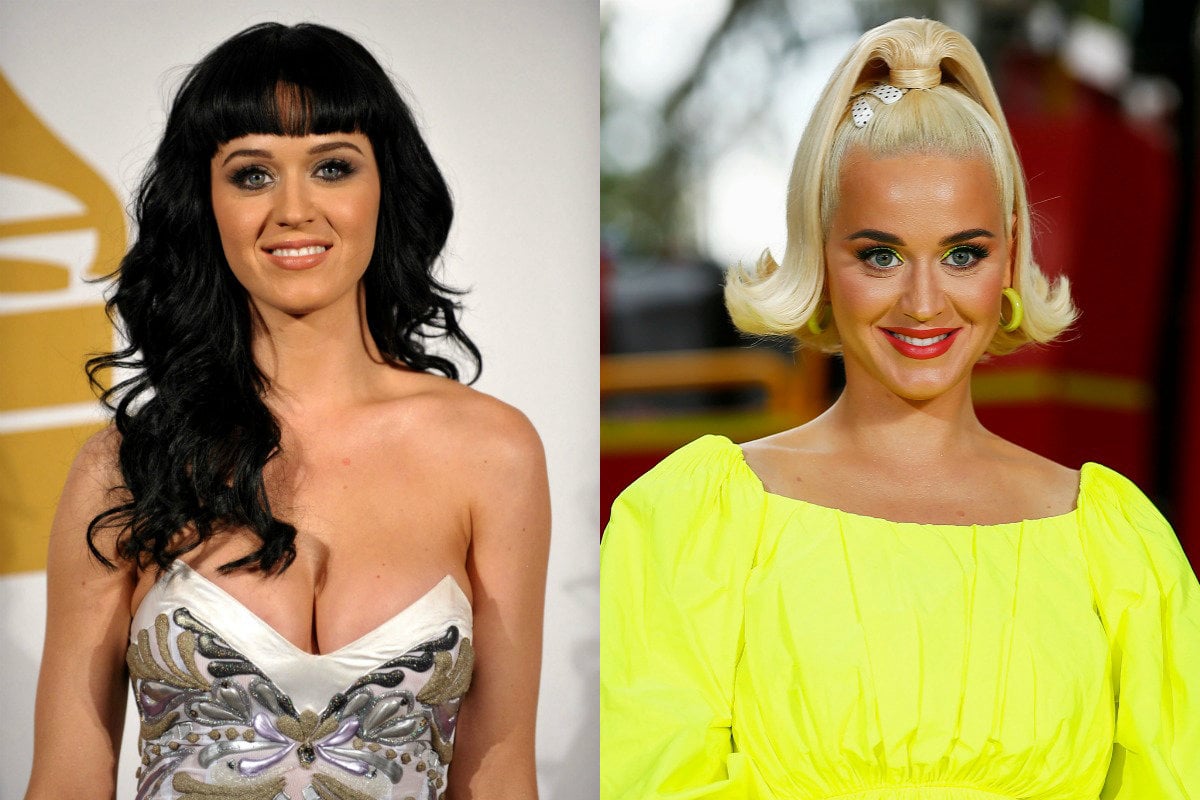 Katy Perry has opened up about hitting rock bottom after briefly ending her relationship with Orlando Bloom in 2017.

The American singer shared in a new interview that she ended her relationship with the British actor after her album, Witness, failed commercially, selling less than a tenth of her previous album, Prism.

"My career was on this trajectory when it was going up, up and up and then I had the smallest shift, not that huge from an outside perspective. But for me it was seismic," the 35-year-old recalled.

"I had given so much out, and it literally broke me in half," she added.

"I had broken up with my boyfriend, who is now my baby daddy-to-be.

"And then I was excited about flying high off the next record.

"But the validation did not make me high, and so I just crashed."

The singer went on to explain that her faith helped her through the difficult period.

"It was so important for me to be broken so that I could find my wholeness in a whole other way," she said.

"Gratitude is probably the thing that saved my life, because if I did not find that I would have wallowed in my own sadness and probably just jumped."

Amid Perry's new interview, we look back at her tumultuous life in the spotlight.

Katy Perry was born as Katheryn Elizabeth Hudson on October 25, 1984.

Perry, who has an older sister and a younger brother, was raised by two religious pastors, Mary Christine and Maurice Keith Hudson.

After having a "wild youth", which involved Perry's mother dating Jimi Hendrix, Mary and Maurice describe themselves as a "dynamic couple" of "prophet/evangelists".

Over the years, Perry has opened up about her unique and often difficult upbringing. 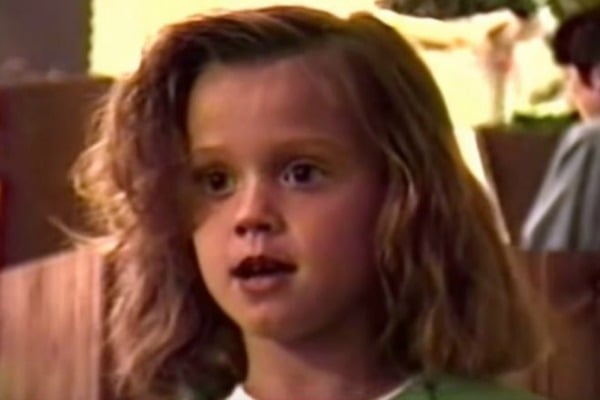 As a child, the singer was only allowed to listen to gospel music. She was also banned from reading any books besides the Bible.

The family followed strict rules, including being made to refer to devilled eggs as "angelled eggs" and not celebrating Halloween.

"Growing up, seeing Planned Parenthood, it was considered like the abortion clinic," she explained.

"I was always scared I was going to get bombed when I was there. I didn't know it was more than that, that it was for women and their needs. I didn't have insurance, so I went there and I learned about birth control."

Perry has previously described her family as "non-accepting".

In an interview with Vogue in 2017, Perry shared that she was "not allowed to interact with gay people" when she was younger.

"There is some generational racism," she added.

"But I came out of the womb asking questions, curious from day one, and I'm really grateful for that."

At 13 years old, Perry - then going by the name Katy Hudson - left her family home in Santa Barbara, accompanied by her mother, to record a gospel album in Nashville.

In Nashville, Perry was also trained in songwriting and playing the guitar.

After signing with Red Hill Records, Perry recorded her debut album, Katy Hudson, which was released in 2001.

While the gospel album received positive reviews from a number of Christian publications, it failed to gain mainstream traction, selling an estimated 200 copies.

While the singer was predominately exposed to gospel music, she soon discovered pop music after her friends began sneaking her CDs.

Speaking to Vogue, Perry shared that Queen and their lead singer, Freddie Mercury, had a particular impact on her music career going forward.

"I had never heard such an imaginative explanation of how to live," she said.

"That was my first perspective on that world, and I just loved it. I felt so free and accepted."

At 17, Perry moved to Los Angeles to pursue a music career, taking on the name Katy Perry (Perry is her mother's maiden name) to avoid confusion with actress Kate Hudson.

After experiencing minor success with recording backing vocals for a number of artists, Perry had her first big breakthrough when she was signed to Capitol Records in 2007.

Shortly after, in April 2008, her first single with Capitol Records was released – 'I Kissed a Girl'.

The single was wildly successful, but Perry's father famously denounced the song, referring to his daughter as a "devil child".

"I was at a concert of Katy's where there were 20,000," he reportedly said, according to Fox News.

"I'm watching this generation, and they were going at it. It almost looked like church. I stood there and wept and kept on weeping and weeping. They're loving and worshipping the wrong thing."

While Perry's parents were initially very outspoken about their daughter's career, the singer is reportedly still in close contact with her parents.

From there, Perry released a number of highly successful songs, such as 'Teenage Dream', 'California Gurls' and 'Thinking of You'. 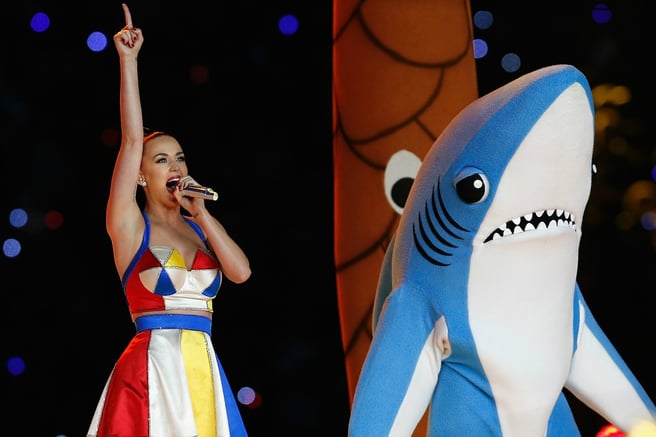 The 35-year-old then went on to appear as a judge on a number of reality TV shows, including American Idol and The X Factor UK.

She has also released a number of music documentaries including Katy Perry: Part of Me in 2012, Katy Perry: The Prismatic World Tour in 2015, and Katy Perry: Making of the Pepsi Super Bowl Halftime Show, which detailed the preparation for her 2015 Super Bowl performance.

As of 2020, Perry is one of the highest-selling musical artists of all time, worth a reported US$330 million.

Katy Perry first met Russell Brand at the 2008 MTV VMAs, when Get Him to the Greek director Nick Stoller asked the singer to appear in the film.

In a now-deleted scene, Perry's scene involved her kissing Brand.

In 2009, Perry and Brand met again at the VMAs. One month later, they shared that they were dating at Paris Fashion Week.

After three months of dating, Brand proposed to Perry outside the Taj Mahal while the couple were on holiday in India on New Year's Eve. 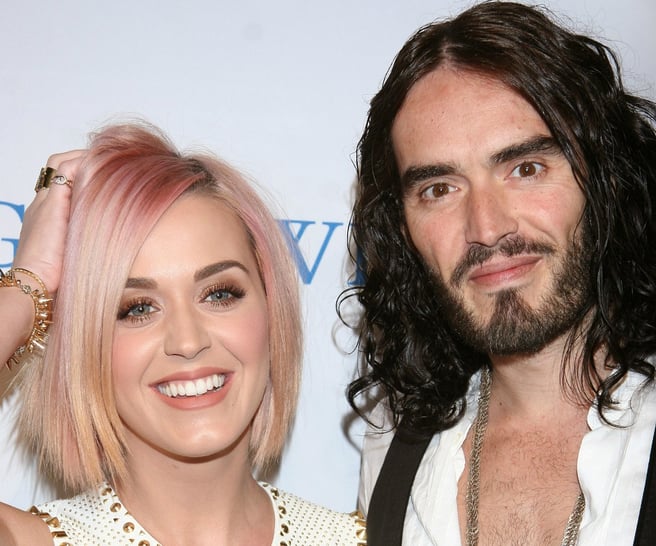 After just 14 months of marriage, however, Brand filed for divorce, citing "irreconcilable differences". Brand informed Perry by sending her a text message.

"Let's just say I haven't heard from him since he texted me saying he was divorcing me December 31, 2011," she told Vogue.

While Perry shared that conflicting career schedules led to their marriage breakdown, Brand maintained that they had separated due to the singer's commercial success.

"The marriage didn’t last for a very long time and I think that is due to the undulating nature of fame, living in those conditions."

After her marriage with Brand ended, Perry dated John Mayer on and off from August 2012 to February 2014.

Then, five years after that infamous text from her ex-husband, Perry began a relationship with Orlando Bloom.

The couple first met at a Golden Globes after party. 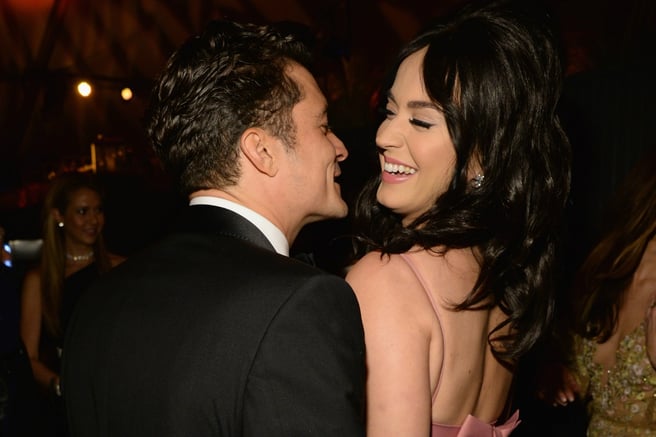 "We bonded over an In-N-Out burger about three years [ago] at the Golden Globes. He stole one off of my table," she told Jimmy Kimmel in 2019.

After several months of rumours, the pair confirmed their relationship in May 2016 while they were both at the Cannes Film Festival.

Within 10 months of making their relationship official, the couple released a joint statement announcing they were taking some "respectful, loving space" away from each other on February 28, 2017.

"Before rumours or falsifications get out of hand we can confirm that Orlando and Katy are taking respectful, loving space at this time," they wrote.

By August 2017, the pair were seen again together in public. But it wasn't until May 2018 that the pair confirmed their relationship.

On Valentine's Day in 2019, the Pirates of the Caribbean actor proposed mid-helicopter ride.

"It was Valentine's Day and I had to work that day," Perry told Roman Kemp on Capital Breakfast. "I just remember meeting him at dinner at this place, this Italian restaurant, because when I get a pass, I just want to stuff my face with pasta."

"So I get there and, I mean, he's like clean-shaven. He's not wearing tennis shoes. I'm like, 'Ah sh*t, something is going down!'" Perry continued. "I got on a helicopter and he asked me to marry him, and then we landed on this building and then went downstairs and my family and friends were there and the most flowers you've ever seen."

Now, over a year on from their engagement, Perry and Bloom are expecting their first child together.

After sharing the news in a music video for her song 'Never Worn White', the announced that they're expecting a baby girl.

While the couple were recently set to marry in Tokyo ahead of their daughter's arrival, their wedding has since been postponed due to the COVID-19 pandemic.