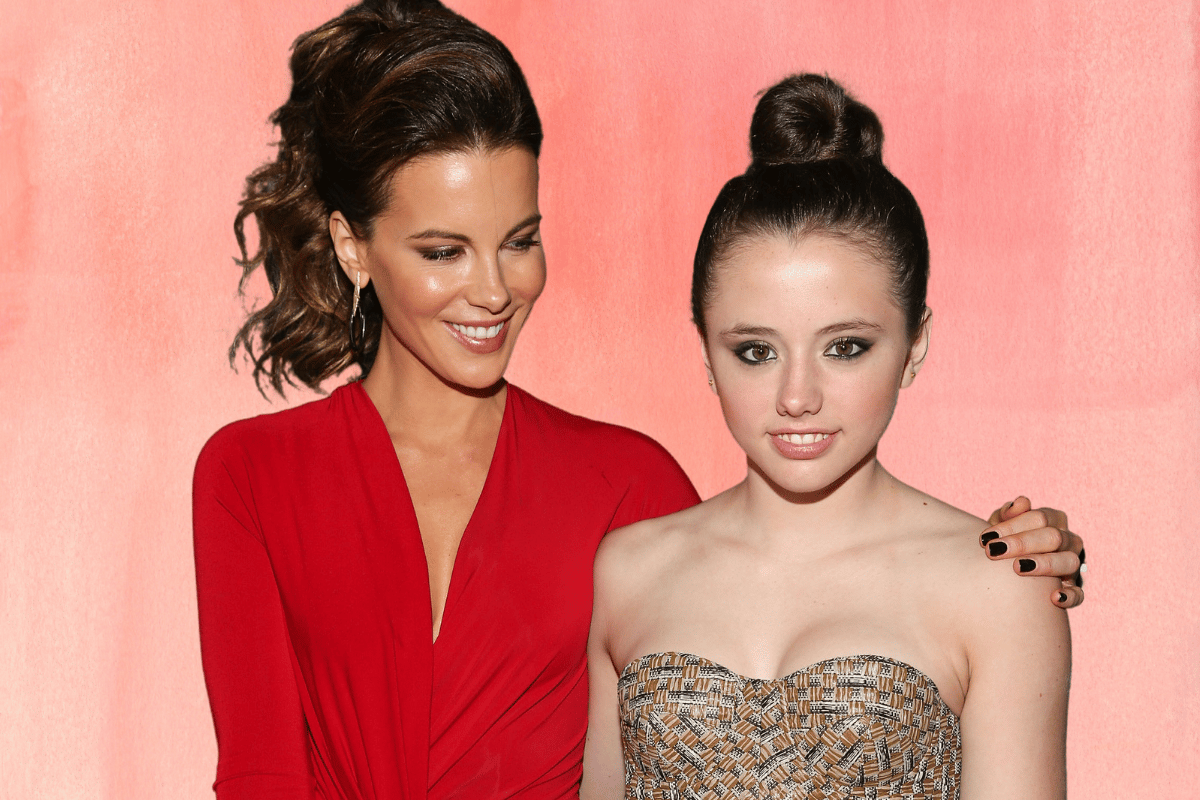 When Kate Beckinsale is asked how motherhood changed her life, her answer is usually the same.

"It has made me emotionally raw in many situations," the actor previously told Parade.

"You heart is beating outside your body when you have a baby."

The actor, who is best known for her roles in Underworld, Vacancy, and Van Helsing, had her daughter, Lily Sheen, when she was 26 years old.

Lily Sheen was born to actors Kate Beckinsale and Michael Sheen on January 31, 1999.

The couple's relationship initially began in 1995. At the time, Beckinsale and Sheen were working together in a touring production of The Seagull.

Speaking to Cinema, Beckinsale shared that her "life changed dramatically" after meeting Sheen.

It was a swift relationship. After meeting on The Seagull, the couple quickly moved in together, before welcoming their daughter, Lily, in 1999.

Following the birth of their daughter, Beckinsale famously admitted that she felt "embarrassed" during her relationship with Sheen as he never proposed.

"When I was doing the interviews for Pearl Harbour, everybody kept asking the same thing," she shared in 2001.

"And I was too embarrassed to admit I really didn't know why Michael hasn't got round to proposing to me yet. So I would make up stories like, 'When Lily's old enough to be our flower girl, we'll get married,'" she continued.

"But the truth is that Michael hasn't asked me to be his wife yet." 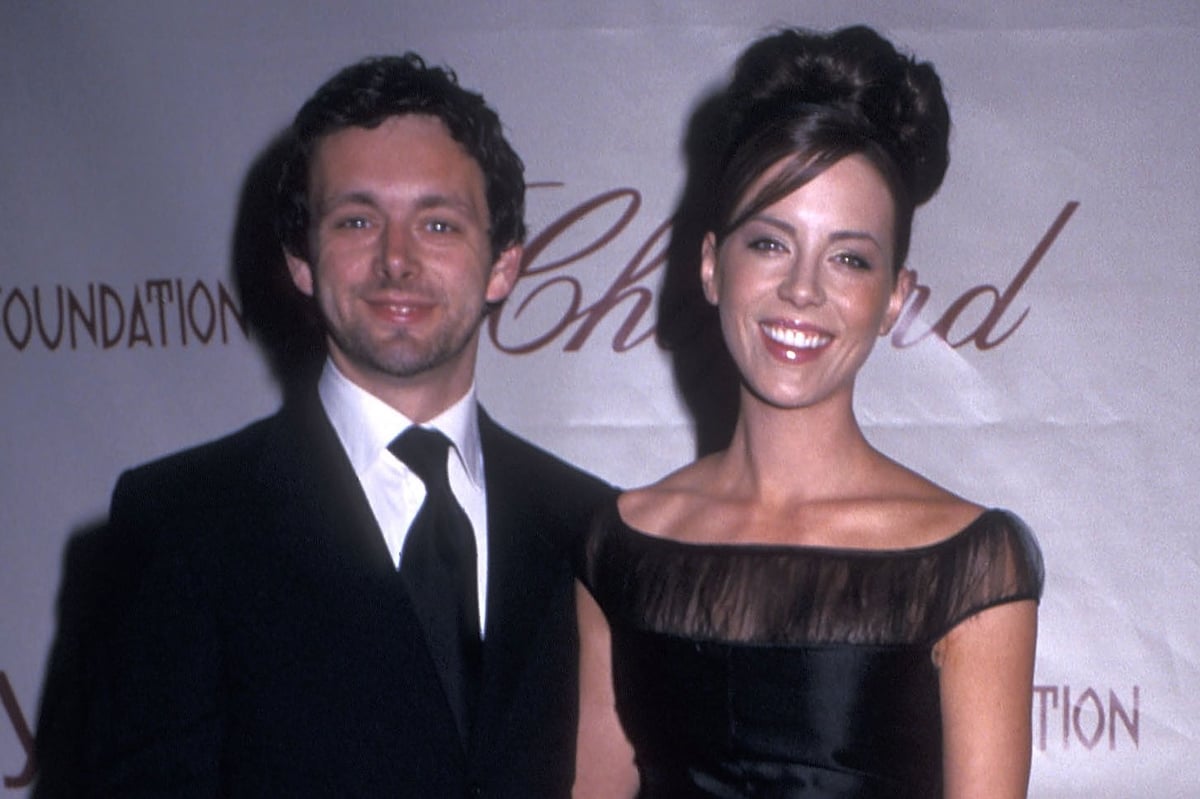 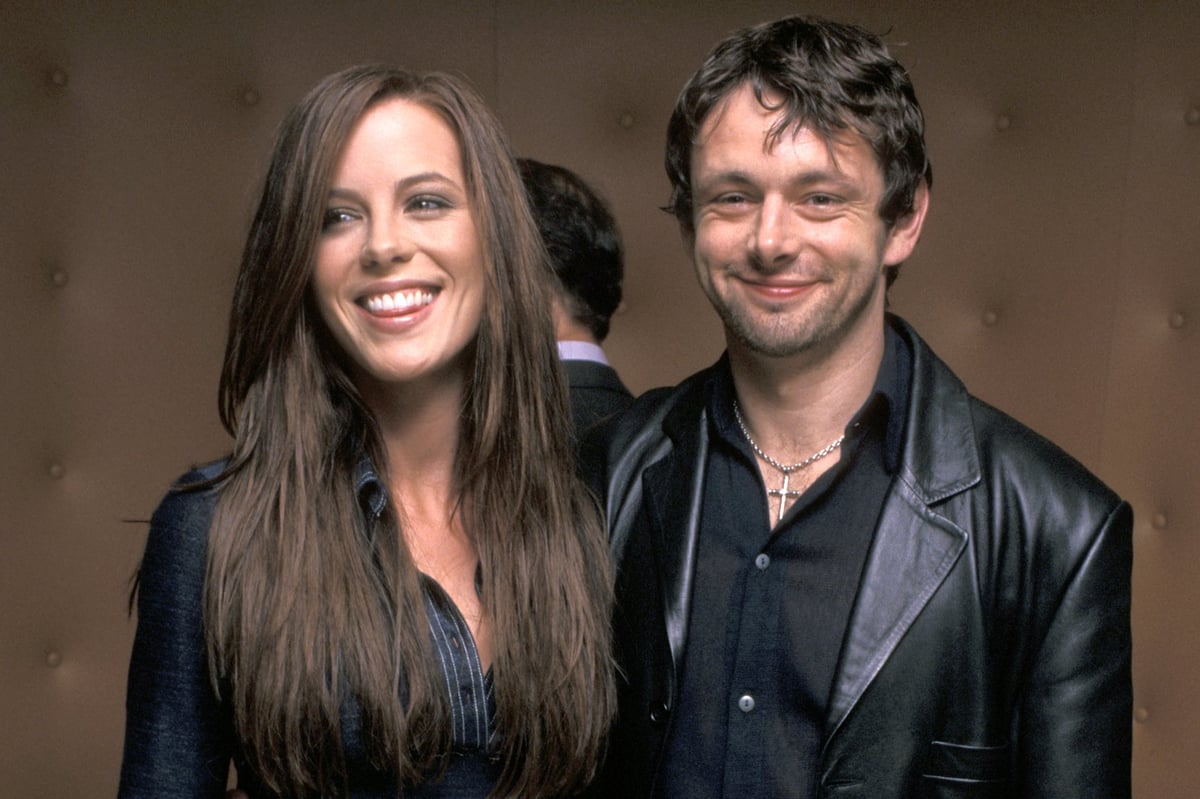 During their eight-year relationship, the couple made headlines once again when Sheen punched Beckinsale's co-star, Jeremy Northam, on the set of The Golden Bowl.

"Jeremy and I had a disagreement about something," Beckinsale recalled.

"So I’m also taking care of Lily, who was just six months old at the time, and I was still breastfeeding and then Michael came down to the set to pick her up and suddenly sees this man yelling at me. So, naturally he got very upset, and that was that," she continued.

"The truth is, [Michael has] never hit anyone before in his life and it was kind of shocking, but in a weird way it really broke the ice and it was all okay after that."

In 2003, Beckinsale and Sheen ended their relationship after working together on Underworld. 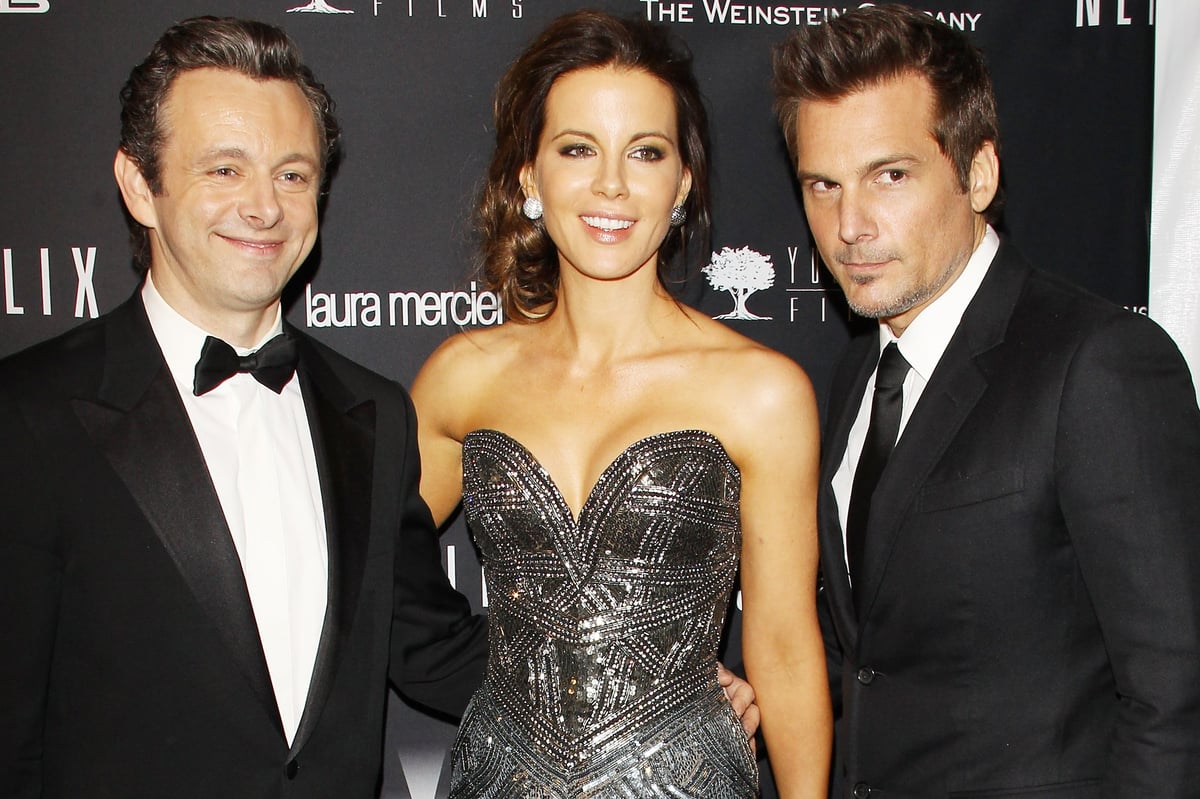 At the time, rumours arose that Beckinsale and Wiseman had an affair on set. However, the pair have long denied the claims.

"The popular notion of how Michael and I broke up — that we were on [Underworld] and I ran off with the director — is just not true," she told Entertainment Weekly in 2012.

"If that were the case, I think it would be very difficult and peculiar to have an okay [co-parenting] situation."

Beckinsale and Wiseman later got married in 2004, one year after her split from Sheen.

During their marriage, the actor maintained a strong co-parenting relationship with Sheen.

"[Sheen] loves [Lily] and I love her and Len loves her. Everybody’s nice. The guys both get along," she told The New Wave, according to Express.

"I do feel like that’s my major achievement of the last decade, that my daughter is totally unscathed and great. I am proud of that."

In a separate interview with ES Magazine, the 47-year-old shared that their co-parenting relationship is "so normal".

"It’s so normal for us. We split up ages ago. We have been not together far longer than we were ever together," she said, according to Metro.

"I really love him and like him and we make each other roar with laughter." 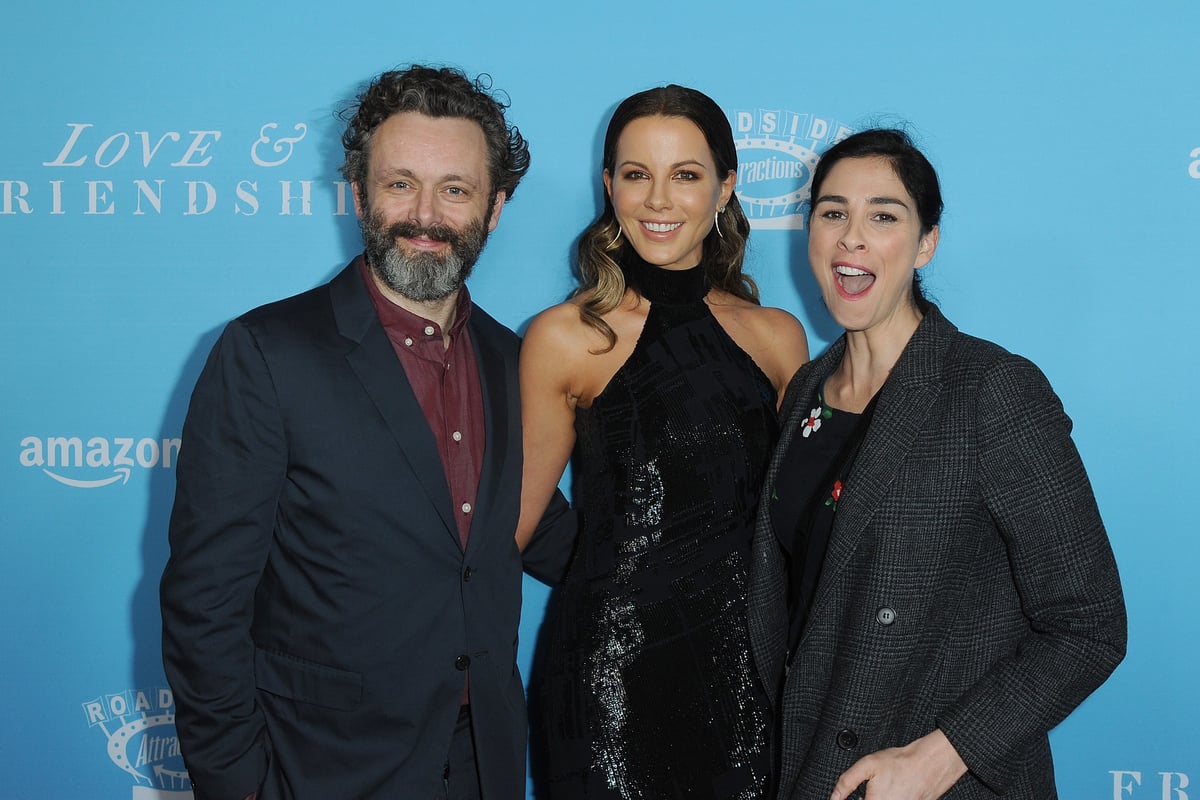 Following his split from Beckinsale, Sheen dated actor Rachel McAdams for three years, before dating comedian Sarah Silverman on and off for three years.

Now, Sheen lives in Wales with his girlfriend, Swedish actress Anna Lundberg. The couple welcomed a daughter, Lyra, in 2019. 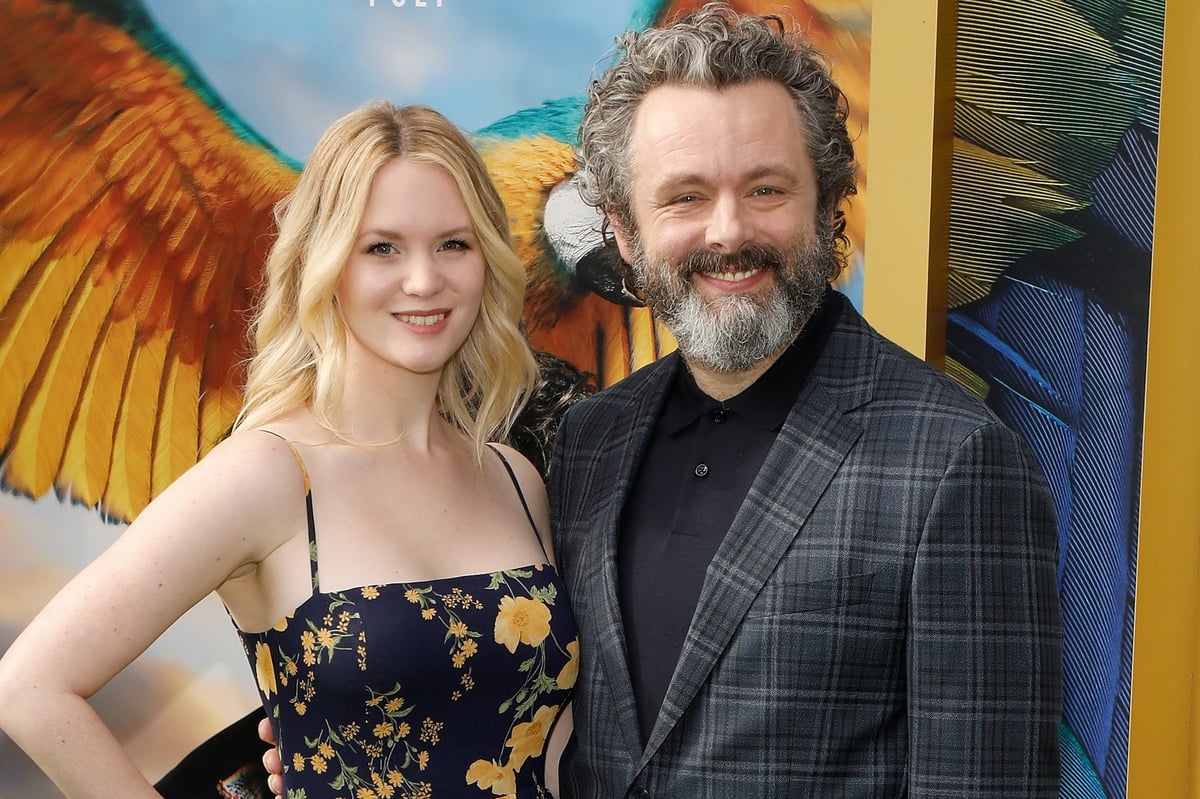 As for Beckinsale, the actor's marriage to Wiseman ended in 2016 as the couple filed for divorce, citing "irreconcilable differences".

Since then, the actor has been briefly linked to comedian Pete Davidson and musician Goody Grace.

In an interview in late 2020, Sheen opened up about the ending of his relationship with Beckinsale.

"Going through that experience of a relationship breaking down and having a young child, and then because of my daughter and her mum living in another country, having to make a life in a new place whilst going through that whole experience, which is difficult enough, that was really tough," he told Annie Macmanus on the Changes podcast.

"I had no work visa to stay in America, so every time I left, I had to go back to Britain obviously after a certain amount of time, I never knew if I would be allowed to come back in again."

While growing up, Lily had a number of small roles in her parent's films, including Underworld: Evolution, Click and Everybody's Fine.

This year, the 22-year-old will star as Nicolas Cage's daughter in upcoming comedy, The Unbearable Weight of Massive Talent.

As per her Instagram, she's currently in a relationship with David Schechter, an aspiring actor.