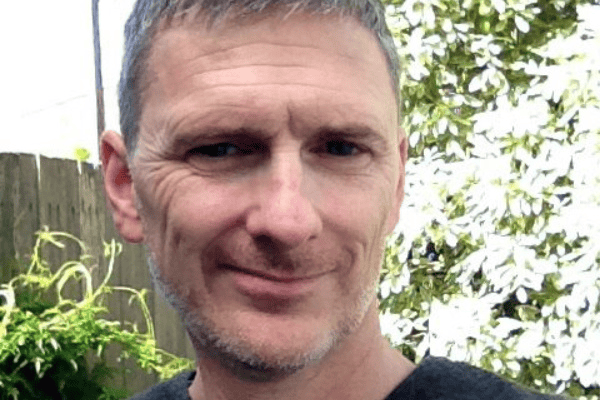 The actor, originally from Ballarat, had small parts in Blue Heelers and The Man From Snowy River, and toured a solo show based on the poetry of Banjo Paterson.

Last week, he was sentenced to death by Guangzhou Intermediate People's Court for attempting to smuggle 7.5 kilograms of methamphetamine out of China in his check-in luggage in December 2013.

Karm Gilespie has been sentenced to death in China. Post continues below video.

Around the time of his arrest, friends of 56-year-old Gilespie began to post on his social media accounts asking him to contact them. Another, a long-time pen pal from the United States, said she knew something was wrong when he didn't follow through on a promise to keep in better contact, made only days before he seemingly disappeared.

For more than six years, Gilespie's whereabouts were unknown.

Before he went missing, Gilespie taught poetry and drama in schools. In 2013, Scotch College in Melbourne wrote about his "ability to mesmerise the Year 8s with his interpretation of Banjo Paterson's works".

Gilespie turned to investing after giving up acting in 2009, and was also involved in motivational speaking and business coaching, according to his LinkedIn profile.

His social media is full of motivational posts and business advice.

In a post on Facebook, Bali-based entrepreneur Roger James Hamilton said he taught Gilespie seven years ago before he suddenly vanished.

"We spent a few years trying to find out how he could disappear so suddenly and so entirely. After that, we resigned ourselves to the idea that he had left because he wanted to start a new life," he wrote.

"Today I heard the news of what had happened to him." 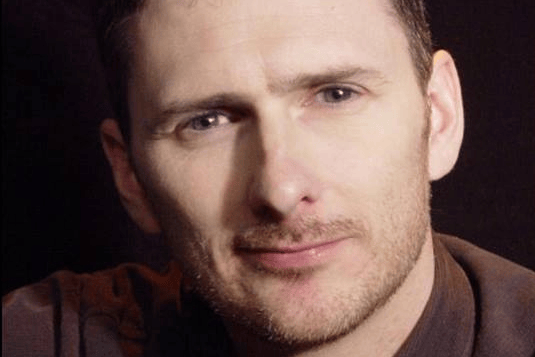 Hamilton wrote Gilespie had been "an active member" of his Wealth Dynamics community, "encouraging others to be the best they could be".

"Knowing Karm, and knowing the love he had (and has) for his wife and his children, this is not a man that deserves to lose his life," he said.

Over the weekend, Gilespie's childhood friend and pen pal Jill Parris said she was "in total emotional pain" after discovering what happened to him.

Parris said she received a phone call from Karm, who was "over the moon in love with a new woman" and excited about a business trip to Thailand shortly before he vanished.

"I was reserved with my concerns as I didn't want to be a 'Debbie-Downer" and rain on his excitement-parade," she wrote.

"I made him promise to get in touch with me when he was situated and he promised he would. The man never not called or wrote to me in the 38 past years of our lives, so when he didn't get back in touch I was immediately scared it was due to something beyond his control." 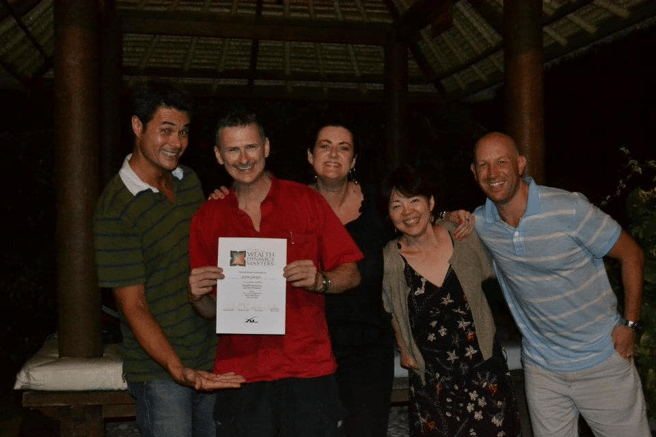 Karm Gillespie (in the red shirt) at his graduation from Wealth Dynamics Masters in 2013. Image: Facebook.

After the Guangzhou Intermediate People’s Court sentenced him to death last week, it also ordered all of Gillespie’s personal property be confiscated.

He said Australia condemns the use of the death penalty and will continue to provide consular assistance.

Gilespie's sentencing comes at a time when political tensions between Australia and China are high, following Australia's calls for an independent, international inquiry into the handling of the coronavirus pandemic.

China responded, suggesting the Chinese public may boycott Australian products if Australia continued the push. China then imposed tariffs on Australian barley and issued a travel alert urging its citizens not to travel to Australia due to a "significant increase" in "racist incidents against Asians".

Even so, Minister Birmingham told Sky News Gilespie's sentencing shouldn't necessarily be viewed as an escalation of this tension.

"This is a reminder to all Australians... that Australian laws don't apply overseas," he said.

On Saturday, a Department of Foreign Affairs and Trade spokesperson said the ministry was "deeply saddened to hear of the verdict made in his case".

"Australia opposes the death penalty, in all circumstances for all people. We support the universal abolition of the death penalty and are committed to pursuing this goal through all the avenues available to us."

Victorian Premier Daniel Andrews said on Sunday there was little his state government could do to help Gilespie.

Foreigners previously executed in China for drug charges include a Japanese national in 2014, a Filipina in 2013, and a British citizen in 2009.

Last year, China sentenced two Canadians to death and re-sentenced another Canadian, Robert Lloyd Schellenberg, to death after his previous 15-year sentence was suddenly deemed too lenient, in what were seen by some as retaliations for the arrest of Huawei executive Meng Wanzhou in Vancouver.

Dual Australian/New Zealand citizen Peter Gardner is also awaiting sentencing after allegedly attempting to smuggle methamphetamine out of the same airport as Gilespie, Baiyun Airport in Guangzhou, in 2014.

Gilespie has 10 days to appeal his sentence.