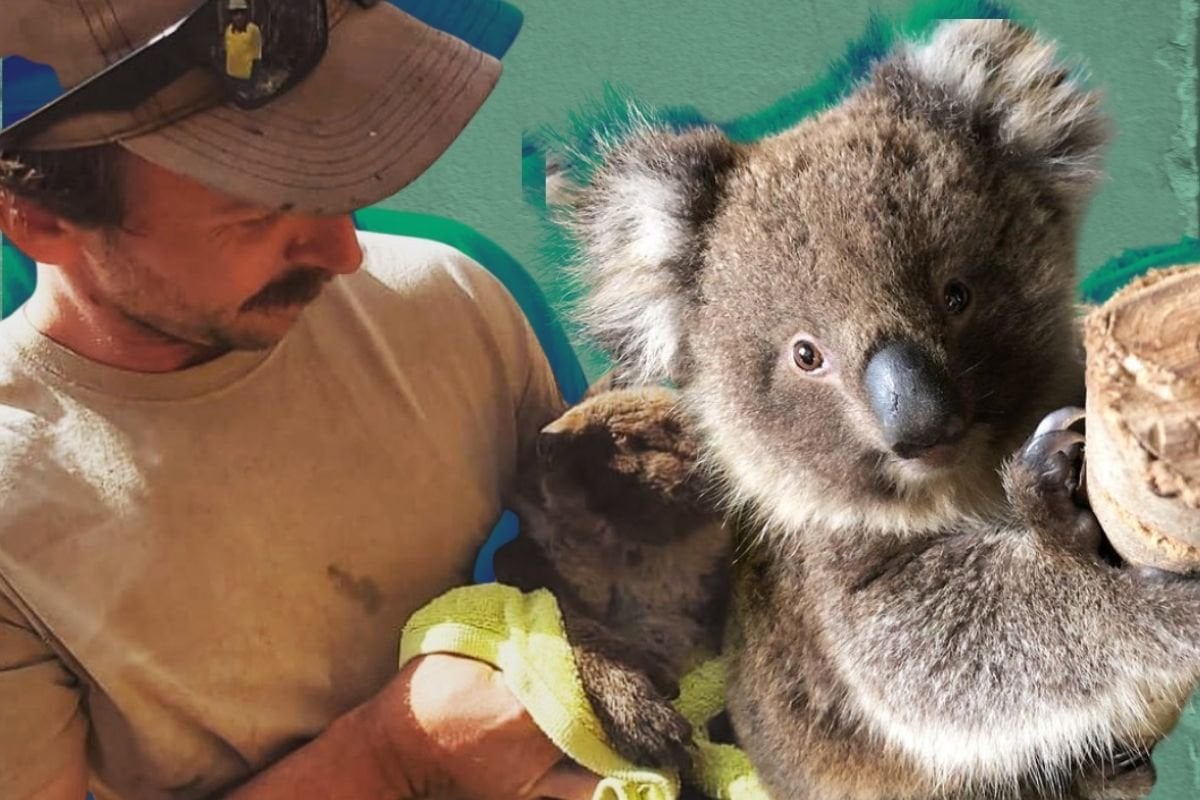 One memory Kai Wild can't shake from the time he spent on Kangaroo Island earlier this year is the smell.

The 35-year-old tree surgeon says you can be standing in a burnt area, but it's not ash or physical destruction that gives it away. It's the smell of dead wildlife.

Kai's story went viral in February when he started to document his days rescuing koalas during Australia's horrific bushfire season. Hearing from a friend of a friend that they needed a tree climber on Kangaroo Island, the conservationist got in his car and drove 1,500 kilometres to volunteer. There, he rescued over 100 koalas in a matter of weeks, and connected with tens of thousands of Australians via social media who felt helpless as the fires raged on.

It's estimated that at least half of the koala population on Kangaroo Island perished during our most recent bushfire season. But for those who followed his story, Kai and his koalas weren't synonymous with tragedy. Instead, his work was a reminder of the impact that one individual can have when the unprecedented happens.

Speaking to Mamamia about his decision to drive to Kangaroo Island - on nothing more than word of mouth - Kai says, "I had wanted to be able to help the entire fire season".

Earlier in the year he had been deployed with the SES to south New South Wales, but it was the specificity of what Kangaroo Island needed that motivated him to go on his own. "When someone says they need a tree climber, that’s something I know I’m able to do," he says.

What followed was weeks of 10-12 hour days, where he was by himself a lot.

The impact of his work, however, was seen and felt by many. At the Kangaroo Island Wildlife Park, koalas were everywhere. Makeshift beds were made from laundry baskets and towels, as vets and rescue workers did all they could to nurse the injured wildlife back to health.

Their fate was a reality Kai had to somewhat disengage from.

"If you become invested [in the fate of the koalas you rescue] you run the risk of them not surviving," he says. "All these other people are also invested in this koala… and for that koala to then die, you feel the responsibility to be honest with people about that."

For Kai, however, there was one exception. A female joey.

On February 4, Kai filmed an emotional video of himself finding a little joey by itself with severe burns. She was the first burnt joey he had found, with a burnt nose, singed face, and singed body. But upon rescuing her, he immediately felt a connection, and nicknamed her Joey Kai.

"I only really had capacity to get invested in Joey Kai," he says.

"That really helped me get through that experience. I would visit her every morning and spoil her with extra leaves, and the fact that she did actually make it the way through was so special."

Kai thoroughly documented the recovery of the joey on social media, and in September, Joey Kai became the 99th out of what is now over 200 koalas released back into the wild on Kangaroo Island.

Because of border restrictions, Kai couldn't be there to see the joey's release in person, but he did watch it via video. It was the happy ending so many of us needed. To Kai, the joey represents recovery and freedom.

Now, Kai is immortalising his favourite joey's journey in a book, The 99th Koala. In words and photos that are impossible to look away from, he introduces some of the koalas on Kangaroo Island, painting a powerful picture of Australia's unique wildlife.

It's a gripping reminder of a summer that feels like it's in our country's distant memory, thanks to a global pandemic that monopolised our attention in the immediate aftermath. As Kai says about the book's release, "it was important - even more important [to write] - now we've had COVID, because it's so easy to forget what happened."

He says our next destructive bushfire season will be this year or next, and we need to be prepared. Because despite the optimism that lives in the pages of The 99th Koala, the damage done to Australia's biodiversity scares him.

"Who knows how many lifetimes that will take to recover, if it ever will," he says.

"But it’s important to appreciate that we are lacking that biodiversity, and having that acknowledgement means you continue to place a lot of importance on the biodiversity that wasn’t lost."

The sights and smells that Kai Wild experienced in February likely won't ever leave him, but he's used them to further fuel his passion for conservation. Now, he's volunteering and working with several organisations to be better prepared for the next bushfire season.

Despite what he saw, his attitude is one of hope. If a 35-year-old man can rescue a joey who would otherwise have died, and that joey can be nursed back to health and released back into the wild, it is possible for individuals to really make a difference.

And if all of us could look at the world that way, imagine what we could do.

You can buy The 99th Koala by Kailas Wild here. 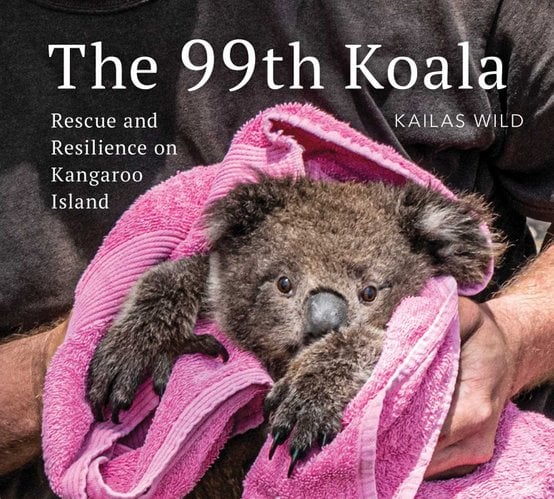