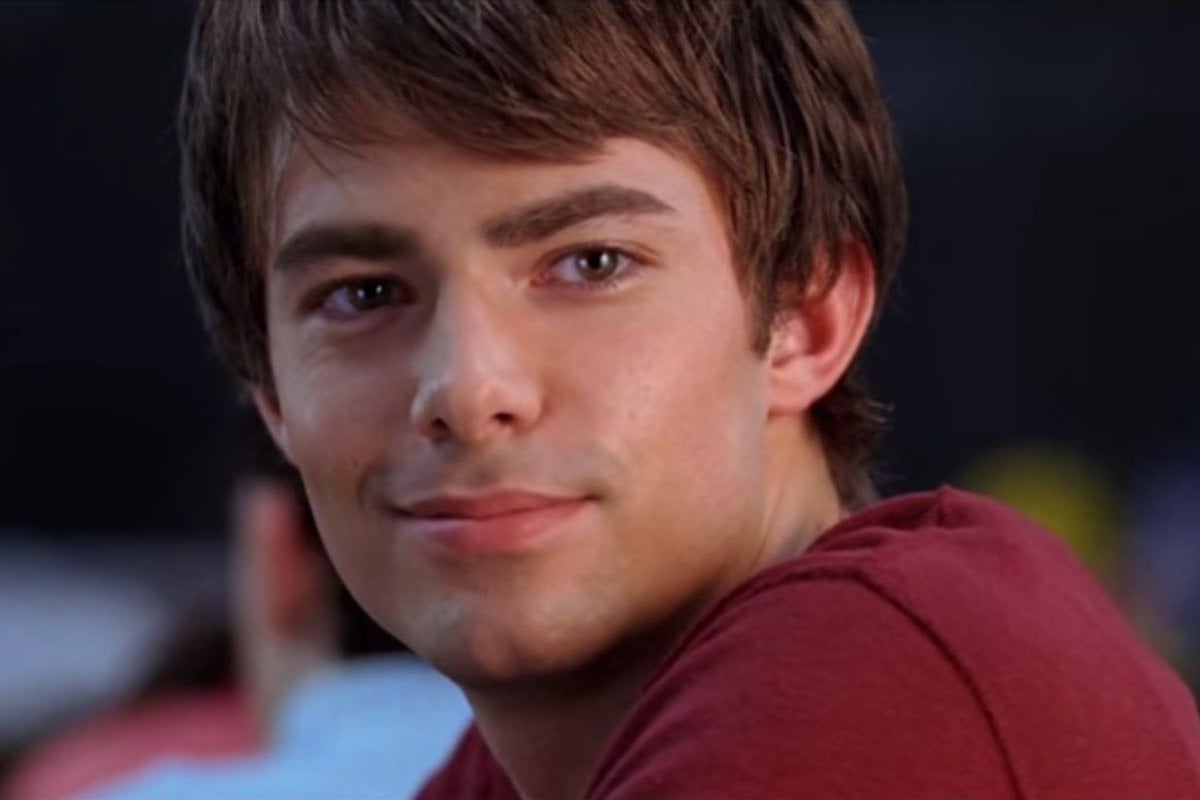 Jonathan Bennett has announced his engagement to his boyfriend, Jaymes Vaughan.

The couple, who have been dating for three years, got engaged on the set of Bennett's upcoming television movie, The Christmas House.

Vaughan, who previously appeared on The Amazing Race, proposed with an original song as he held up a sign that read: "We never did find our song, so I wrote it for you."

"That's when I knew I was getting proposed to because it was the same type of sign he made when he told me he loved me for the first time," Bennett told People. "And then I began to ugly-cry the ugliest cry anyone has ever cried."

"What we have is really special. It's the thing people make movies about or, I guess in this case, write songs about," he added.

"It feels like family being with him. I feel like there's nothing in the world we can't accomplish when we are together."

They first shared their relationship publicly in 2017, when Bennett shared a photo of the couple in matching Halloween costumes.

The world first fell in love with Jonathan Bennett in 2004, when he played Aaron Samuels in Mean Girls.

Known as one of the "hottest and most popular guys" at North Shore High School, Aaron Samuels became an iconic character in the movie when he sat in front of Cady Heron (Lindsay Lohan) in Ms Norbury's (Tina Fey's) calculus class.

While Bennett appeared in TV shows in the early 2000s, including Law & Order: Special Victims Unit, Smallville, and Veronica Mars, it was Mean Girls that ultimately skyrocketed the American actor and model to fame.

In fact, during an appearance on the Today show in 2018, Bennett shared that Starbucks baristas still write "Aaron Samuels" on his coffee cups.

But the actor doesn't resent the origins of his career.

"I owe my life to Tina Fey," Bennett said on AfterBuzz TV's Spotlight On.

"I owe every ounce of success I have to Tina Fey and Mark Walters and Lorne Michaels."

When the movie first premiered in 2004, Bennett never expected it to be as successful as it was.

Watch the trailer for Mean Girls below. Post continues after video.

"I remember my manager at the time saw a [preview] screening and said, 'Just so you know, come opening weekend, your life's gonna be different for the rest of your life,'" the actor previously told Entertainment Weekly.

"I didn't really believe him, but sure enough, he was right."

And change his life it did.

After Mean Girls, Bennett landed a role in Cheaper by the Dozen 2, granting him the opportunity to work alongside two of his "all-time favourites", Chevy Chase and Steve Martin.

After Cheaper by the Dozen 2, Bennett went on to star in Lovewrecked, alongside Amanda Bynes, and Van Wilder: Freshman Year, alongside Kristin Cavallari.

But by the late 2000s, the movie roles started drying up for the actor.

After the death of his mother, Bennett devoted himself to his fitness and became a certified spin class instructor, as he began teaching group classes in Los Angeles.

"After my mum died, I got into fitness really, really, really heavily, because group fitness was the only thing that made me able to deal with it," he shared on Spotlight On.

"I wanted to, you know, kind of give it back to try to inspire people." 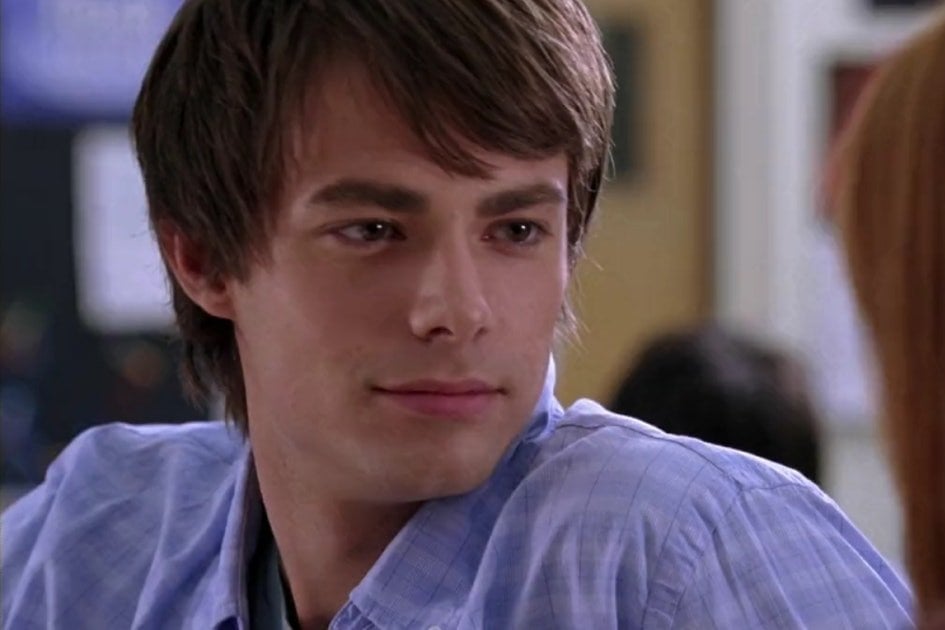 Outside of fitness, Bennett delved into hosting duties, taking on his first hosting gig for MTV in 2014 on Copycat, a television singing competition which involved contestants mimicking their favourite performers.

While the show only lasted one year, it led to new opportunities for the actor, including a hosting role on The Food Network.

After meeting celebrity chef Nikki Martin at the network, the actor released a Mean Girls inspired cookbook, The Burn Cookbook, in 2018.

The book features recipes including Gretchen's Weiners and You Go, Glenn (Hot) Cocoa.

"I was like, 'Fetch-uccine Alfredo. We have to make Fetch-uccine happen,'" he told People.

In fact, he didn't come out publicly until 2017, when he shared a photo alongside his now fiance, Jaymes Vaughan. 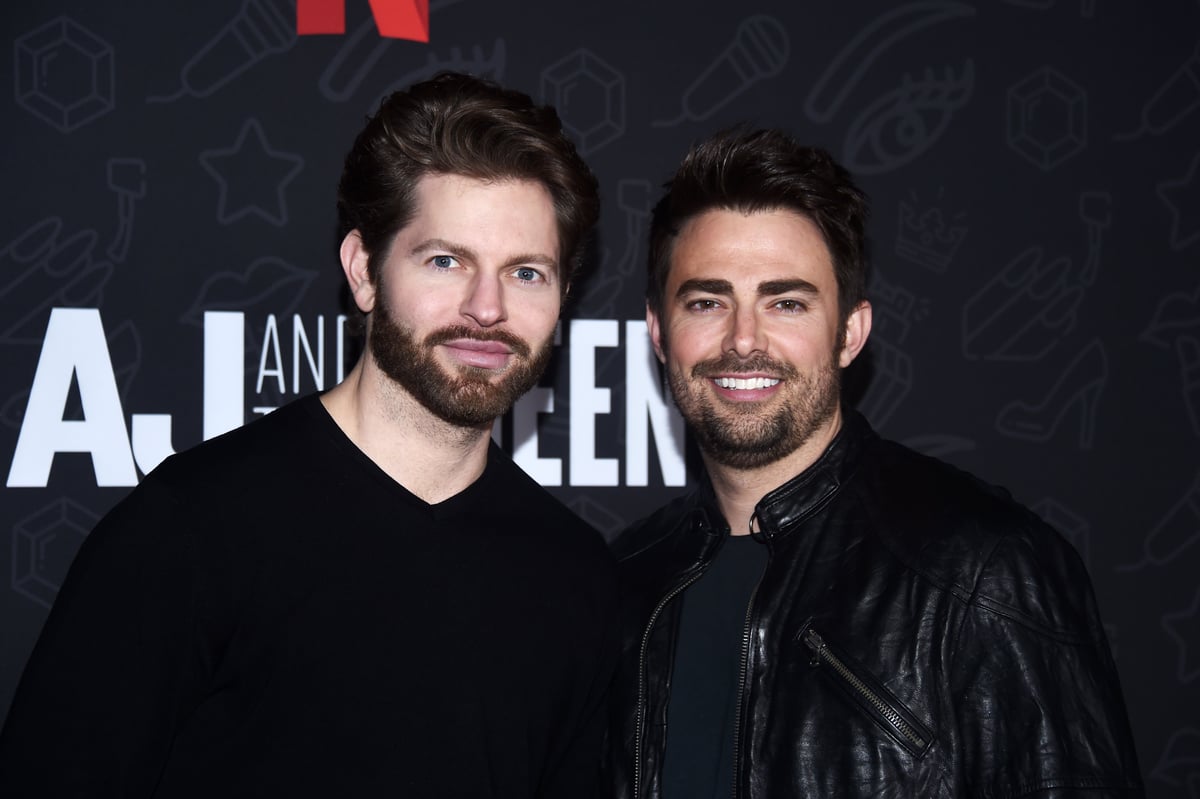 Speaking on FaceTime with Justin Hill, the now 39-year-old shared what happened when he came out to the world.

"If I was straight I wouldn’t talk about my relationship, so why should I talk about it because I’m gay?" he said, reflecting on his preference to keep his personal life private.

"You’re in a weird position – then you want to say something so people know, but then you’re like, 'Why don’t I just live my life how I live it and then if people, whatever they see from it they can see from it – it’s my life and I’m going to live it the way I want to,'" he added.

"So I just did it... and when people caught on, people flipped out. I'm very proud of my relationship and being a part of the LGBTQ community... and I never want that to waver for a second.

"I’m making a point to make sure to live honest and open."

Daniel Franzese, who played Damian in Mean Girls, recently shared that he and Bennett came out to each other during filming.

"We both were sharing in our little private misery of having to be in the closet. We definitely confided in each other," he recalled.

"When I came out, I urged him to come out," he continued. "He just wasn’t ready at the time. I’m glad now he’s at a place in his life where he can feel free to be himself. I’m proud of him."

"I’m proud of everyone at Hallmark Channel for making the holiday table bigger and more welcoming and warmer this year," the actor told NBC News.