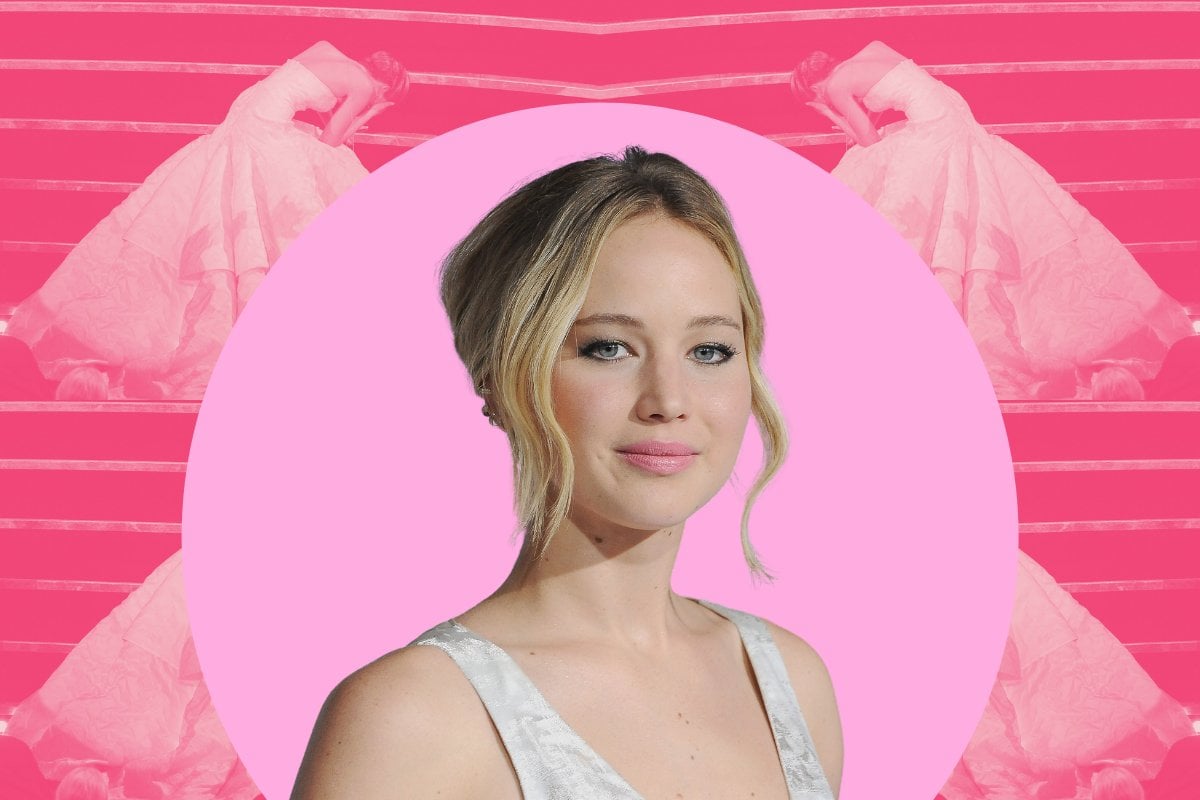 Jennifer Lawrence knows people are sick of her.

In 2015, she was the highest paid actress in Hollywood. By 2018, she had almost completely retreated from the public eye.

She hung up her 'Cool Girl' boots, ceased taking on roles, and stopped giving interviews.

Over the past few years, she's had time to reflect on her quick ascent to Hollywood's Golden Girl and her even faster descent into the "unlikeable woman" club.

She blames oversaturation for the tide turning against her.

"If I walked a red carpet, it was, 'Why didn’t she run?' ... I think that I was people-pleasing for the majority of my life. Working made me feel like nobody could be mad at me: 'Okay, I said yes, we’re doing it. Nobody’s mad.' And then I felt like I reached a point where people were not pleased just by my existence. So that kind of shook me out of thinking that work or your career can bring any kind of peace to your soul."

She's right, there was a time when Lawrence was everywhere.

She rose to fame early, landing the role of 17-year-old Ree Dolly in the critically acclaimed 2010 film Winter's Bone. Part coming-of-age, part mystery-thriller, Winter's Bone made waves in the industry and quickly established Lawrence as an actor who could take on the meatier roles.

At 20 years old, she landed the role of Katniss Everdeen in The Hunger Games franchise, a move which established her as the highest-grossing action heroine of all time.

She went on to star in Silver Linings Playbook, Serena, House at the End of the Street, American Hustle and the X-Men franchise. Lawrence, still in her early to mid-20s at this stage, had more than proved herself to be a versatile performer, who dominated the best actress categories at the Oscars, the Golden Globes and the BAFTAs.

But it was Lawrence's life off the screen which continued to attract headlines.

She dated several high-profile men including Coldplay frontman Chris Martin and About A Boy's Nicholas Hoult. There were persistent rumours that her on-screen chemistry with her Hunger Games' co-star Liam Hemsworth translated offscreen. And she was also linked to her Passengers co-star Chris Pratt while he was still married to Anna Faris.

Amy Schumer was her bestie, with the pair often posting candid photos of themselves hanging out a beach bonfires on Instagram. And for a brief period she joined Taylor Swift's #GirlSquad. 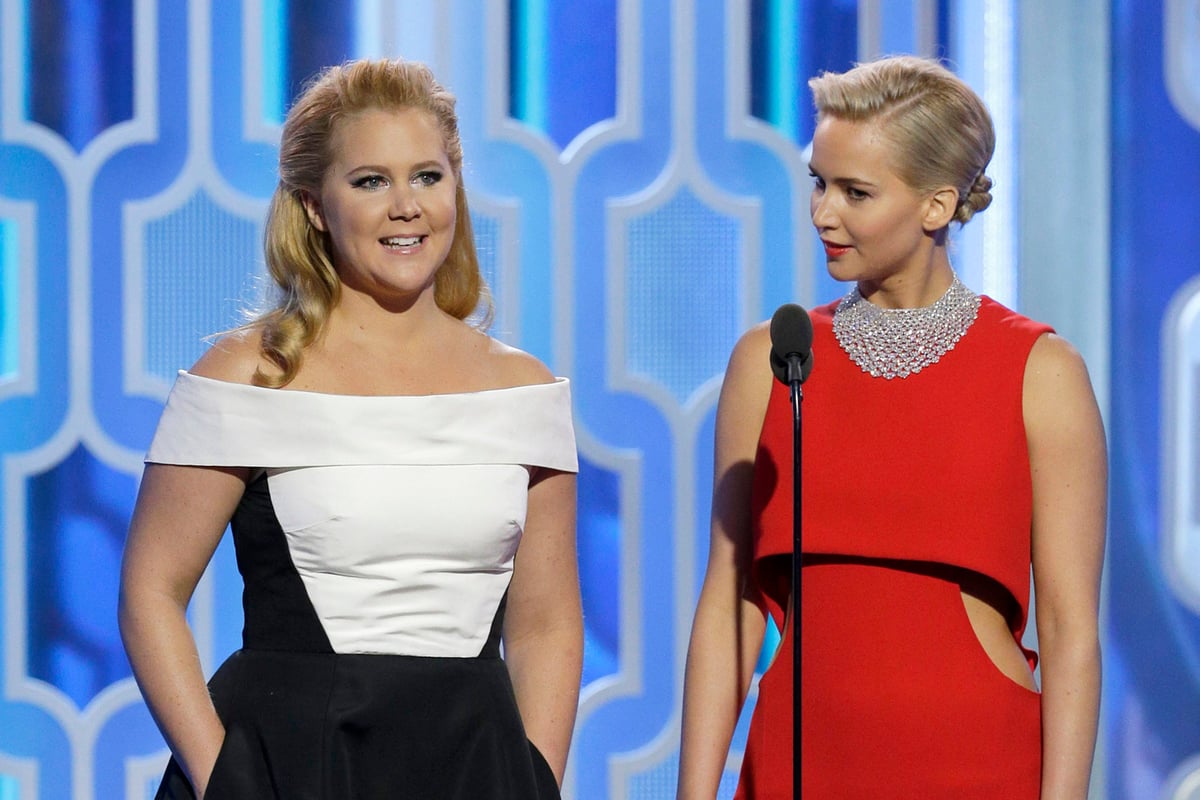 Mostly, it was Lawrence's goofy, relatable Hollywood 'Cool Girl' schtick that made fans all over the world fall in love with her and eventually turn on her.

If you're wondering what a 'Cool Girl' is, there's a passage in Gillian Flynn's 2012 novel Gone Girl which perfectly explains the myth of the 'Cool Girl' and the ongoing fascination with this mythical creature.

"Men always say that as the defining compliment, don’t they? She’s a cool girl. Being the Cool Girl means I am a hot, brilliant, funny woman who adores football, poker, dirty jokes, and burping, who plays video games, drinks cheap beer, loves threesomes and anal sex, and jams hot dogs and hamburgers into her mouth like she’s hosting the world’s biggest culinary gang bang while somehow maintaining a size two, because Cool Girls are above all hot. Hot and understanding. Cool Girls never get angry; they only smile in a chagrined, loving manner and let their men do whatever they want. Go ahead, sh*t on me, I don’t mind, I’m the Cool Girl."

Lawrence, whether it was real or fabricated, quickly established herself as Hollywood's 'Cool Girl'. She was the actress who would drink beer and eat burgers. She wasn't afraid to tell a dirty joke. She'd make herself the butt of the joke while being interviewed on late night talk shows.

She even laughed it off when she fell up the stairs while she was accepting her best actress award at the 2013 Academy Awards.

She wasn't like the other girls; she was different. 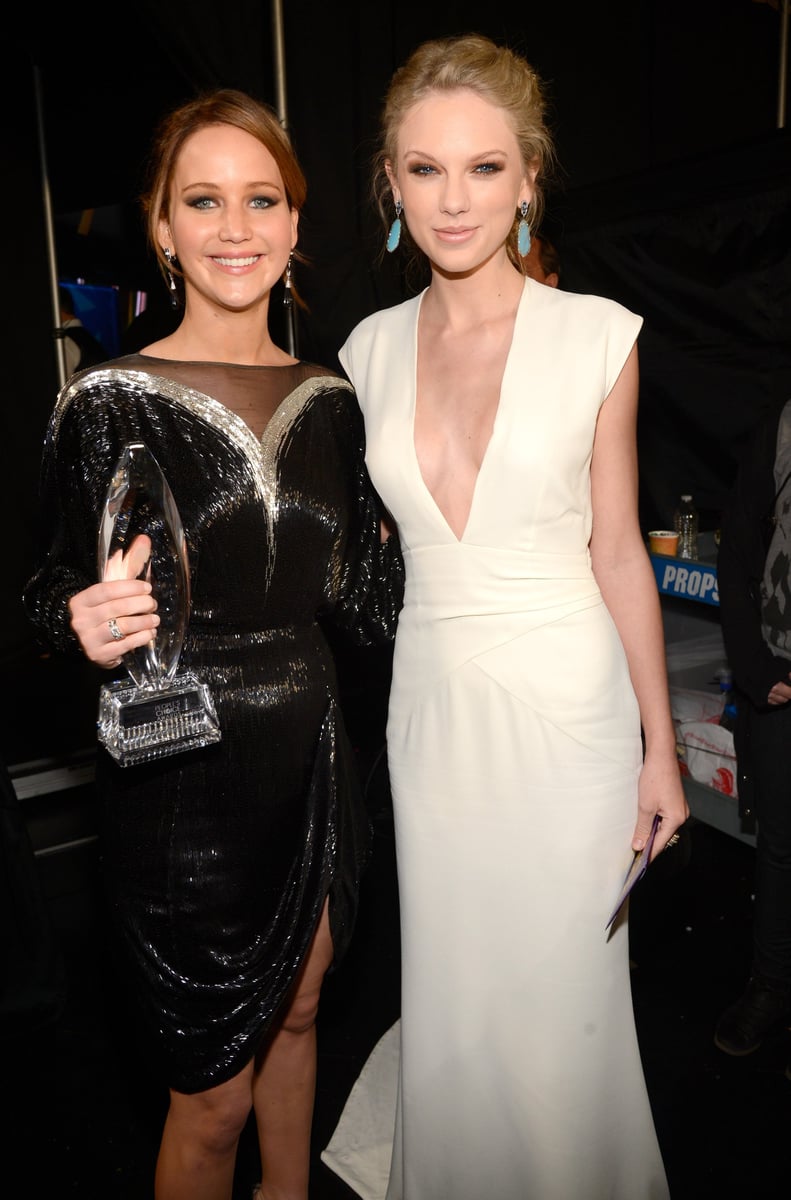 By the time nude photos of her were leaked on the internet in 2014, Lawrence was firmly rooted in Cool Girl territory and moving towards the "unlikeable woman" club.

The photo leak made Lawrence vulnerable. She was used to being in the public eye but suddenly, anyone, from anywhere in the world, could enter a few keywords into Google and pull up images of her naked body.

There was now a serious topic of conversation brought up in every interview, one that wasn't as easily laughed off.

It was the first chink in her 'Cool Girl' armour.

Lawrence later made a statement, refusing to apologise for the leak.

"I started to write an apology, but I don’t have anything to say I’m sorry for," she told Vanity Fair at the time.

"It’s my body and it should be my choice [to show it]," she added. "And the fact that it is not my choice is absolutely disgusting."

Lawrence's statement was a turning point in our treatment of women who have their private nudes leaked. It was the first step in the right direction. But one that probably wasn't taken as seriously as it should have been at the time.

Unfortunately, for Lawrence, the nude photo leak was followed by a series of underwhelming roles.

Joy, Passengers and Mother! flopped at the box office and Lawrence, as she admits in the Vanity Fair profile, began to feel like she couldn't do anything right.

So she stopped doing things altogether.

Now married and expecting her first child, Lawrence is back in the public eye and about to star in her first film in a few years.

She'll be starring alongside Leonardo DiCaprio in Adam McKay's new comedy Don't Look Up. It's a bold new direction for the actor who feels she can't get anything right anymore.

Lawrence isn't the first Hollywood woman to feel the tide change against her. Anne Hathaway, Katherine Heigl and Emma Watson have experienced similar trajectories, just to name a few.

But she is the first woman to speak so openly and with such self-awareness about the topic.

It's likely that Lawrence's 'Cool Girl' facade was a coping mechanism. A way to deal with scrutiny of the spotlight and the increasing interest in her presence on and off the screen.

Most celebrities wear a mask, it's just that for Lawrence her mask was pretending she didn't have one. That she was unflappable. The cool girl next door.

Her biggest "crime" was being everywhere and maybe being a bit annoying, while an actual crime was committed against her.

Hopefully Lawrence openly talking about her experience will make the machine - Hollywood, the media, us - think twice before we chew up and spit out another woman who we've just gotten a bit sick of.