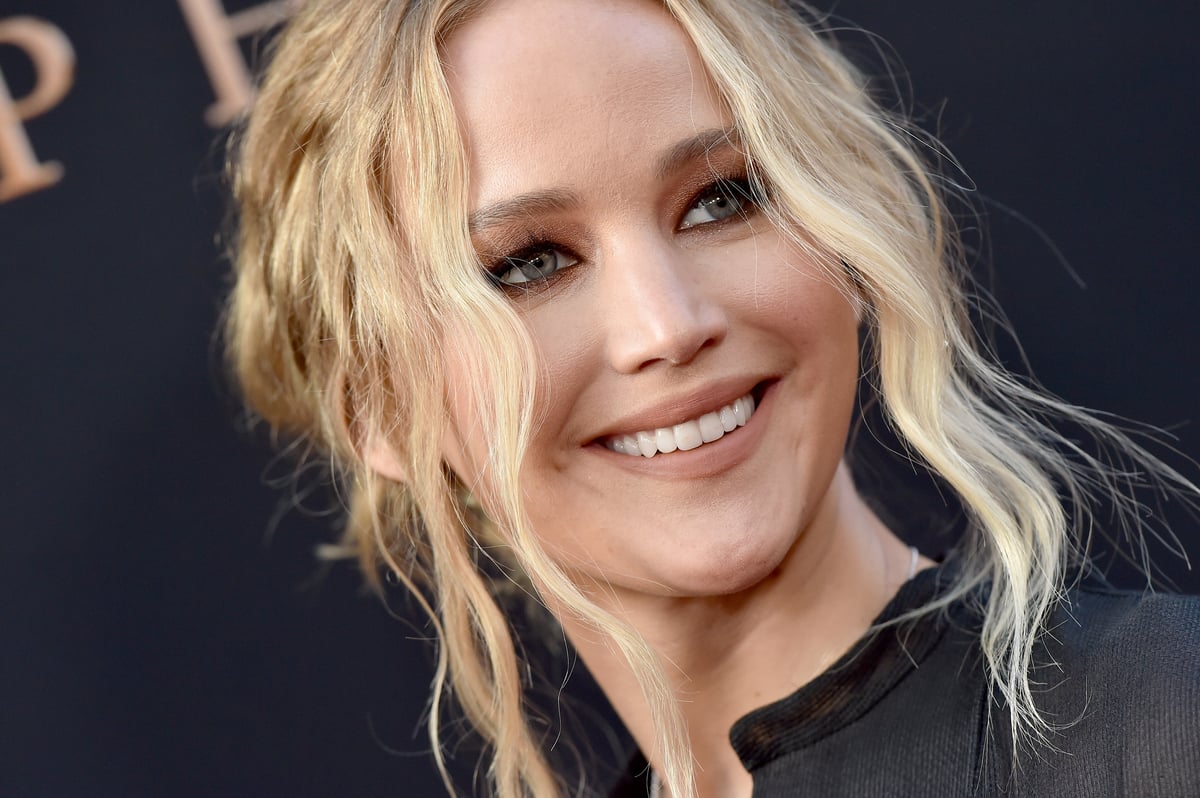 The 31-year-old's representative confirmed the news to PEOPLE on Thursday.

The couple became engaged in February 2019, before getting married in Rhode Island in October 2019.

Speaking on Catt Sadler's podcast, Naked with Catt Sadler, Lawrence described her husband as "the greatest human being I've ever met".

The most iconic celebrity pregnancy announcements. Post continues below.

"It sounds really stupid, but he's just, he's — you know. He's the greatest person I've ever met, so I feel very honoured to become a Maroney," she said.

Before meeting her husband through best friend Laura Simpson, Lawrence’s relationships with other high-profile stars were always the focus of media attention.

Lawrence dated her X-Men co-star Nicholas Hoult on and off for close to five years from 2010. 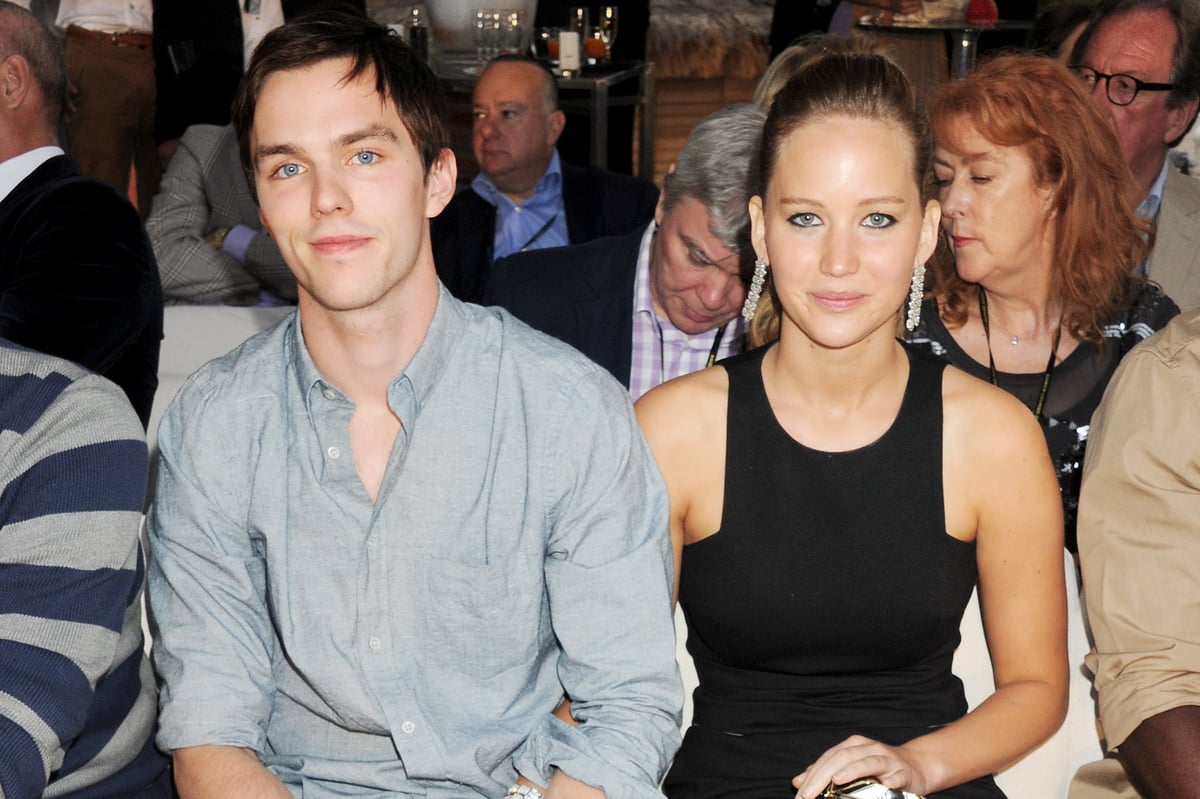 In November 2015, Lawrence admitted she felt lost after she and Hoult broke up. The couple split around the same time filming for The Hungers Games series wrapped.

"I was also in a relationship with somebody for five years and we broke up around the same time I wrapped the movies," she told Diane Sawyer on ABC News. "Being 24 was this whole year of, 'Who am I without these movies? Who am I without this man?'"

They broke up for the first time in October 2014, but got back together a couple of months later in December. Over the months that followed, the pair attended Harry Styles' 21st birthday party and a benefit to raise funds for Nepal.

Considering their star power, Lawrence and Martin were very good at avoiding being photographed together throughout their relationship. In fact, only a handful of paparazzi shots of the pair exist. They later split for good in August 2015.

Later that year, Lawrence complained about her love life - or lack thereof - to Vogue.

"No one ever asks me out. I am lonely every Saturday night. Guys are so mean to me," she said.

"I'm just a girl who wants you to be nice to me. I am straight as an arrow. I feel like I need to meet a guy, with all due respect, who has been living in Baghdad for five years who has no idea who I am."

Despite a 22-year age difference, Lawrence and Aronofsky began dating in September, shortly after filming wrapped.

Speaking on The Hollywood Reporter's Awards Chatter podcast, Lawrence shared that she actually "had a crush on [Aronofsky]" a year before they started rehearsing for the film.

"But he was a professional, which only made it worse for me," she explained. "We just kind of formed a friendship. He knew how I felt [but] he never told me how he felt. I mean, I assumed. And then friendship turned into a partnership once we started working." By the time filming ended, Lawrence was like, "Alright, you're my boyfriend."

Ultimately, it was the film that was the beginning and the end of their relationship. She said she never usually read film reviews, but Aronofsky made a habit of it.

"Dating the director was different, because, it's like, we'd be on the tour together [and] I'd come back to the hotel and the last thing I want to talk about or think about is a movie. He comes back from the tour and that's all he wants to talk about," Lawrence told Adam Sandler in an interview for Variety.

"I get it, it's his baby. He wrote it. He conceived it. He directed it. So I was doing double duty of trying to be a supportive partner while also being like, 'Can I please for the love of God not think about Mother! for one second?'"

Aronofsky would read reviews to her, and she finally realised it wasn't working.

"I was finally just like, 'It's not healthy. Neither of us are doing it.' We're not going to do it because if I read it, I start getting defensive, especially because it's, like, my man. And I don't want to sound, like, in an interview that I'm defending what we're doing in any way. It's awesome what we did. The people who hate it really hate it, but it's nothing that needs to be defended. If I read a negative review, I get defensive."

They quietly broke up in October 2017, only confirming it a month later.

Following time to herself, Lawrence's best friend introduced her to Cooke Maroney, the director of New York City's Gladstone Gallery, and they went public(ish) in June 2018. Around this time, a source told Page Six they were keen to keep the relationship under wraps... and they've definitely succeeded.

The couple have made no official appearances together, with again, just paparazzi photos showing them together.

Lawrence doesn't use social media, while Maroney only has a private Instagram page.

According to US Weekly, Lawrence and Maroney were committed from the get-go.

"Things between them are very serious," a source told the outlet. "They definitely appear to be in it for the long haul."

Could you not just say, hey, Jennifer Lawrence got engaged and here’s some stuff we know about her new fiancé? Did we really need a run down of all the famous guys she’s dated in the past? Pretty sure a list of all my ex boyfriends is the last thing I’d want to read about when I’m newly engaged.

I hope we get an article like this for ALL female celebrities!

I'm DYING to know about all of their past relationships!