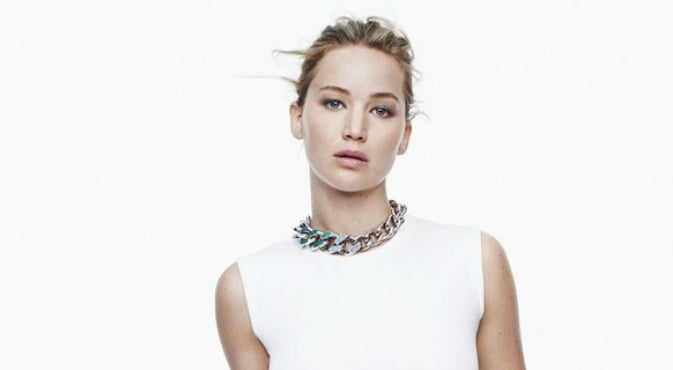 There are some photographs of Jennifer Lawrence that are making a lot of people very unhappy right now.

But it’s not for the reason you might expect.

Some back story: When Jennifer Lawrence was made the face of Dior she was still a relative unknown. She hadn’t won her Oscar yet, and she definitely hadn’t shown the world her quirky personality.

How Jennifer Lawrence gets in Hunger Games shape

When she signed on with Dior to be the face of the brand, I'm pretty sure it was a big win for both of them. Especially for Dior, as it was a measured risk, that DEFINITELY fell in their favour. (May the odds ever be in yours).

But to be honest, none of the Dior campaign shoots have ever done JLaw any justice. They've been over stylised, over photoshopped and do not bring out our bae's beauty much at all. It's safe to say, she's almost unrecognizable. Take a look:

So when literally just 4 days ago these NEW images popped up on every big beauty and fashion and pop culture website ever, everyone went pretty nutso.

I'll give you a few seconds to gaze over them in all their goodness:

"Finally, she is allowed to be herself," commenters cried! "Finally Dior doesn't photoshop Jennifer Lawrence to look like some weird editorial model," They squealed!

The Gloss, a top US beauty website, reported, "people had had a love/hate relationship with Jennifer’s Dior ads. In previous campaigns, people have said that they are boring as opposed to toned down, while others have photoshopped J.Law beyond recognition.

"These photos are still paired down, but don’t look heavily photoshopped. We recognize Jennifer. She looks her age, and that face makes it impossible to look away.

"She looks so stunning that you don’t notice the clothes. Almost. Good job Dior for capturing Jennifer’s beauty and not making her look like some super sophisticated middle-aged lady."

In fact Dior Headquarters in Paris are in overdrive trying to pull these rogue images from every website, glossy and publication.

These images were actually were shot for a magazine. Which one? I don't know. By what photographer? No one knows. But I'm sure that title is hurting A LOT because they're not getting any publicity from the images ...because everyone thinks they're the newest Dior campaign.

And of course, to add insult to (Dior's) injury, everyone loves these ones a whole lot more.

Which is why you can't believe everything you read on the internet.

Which images do you prefer?