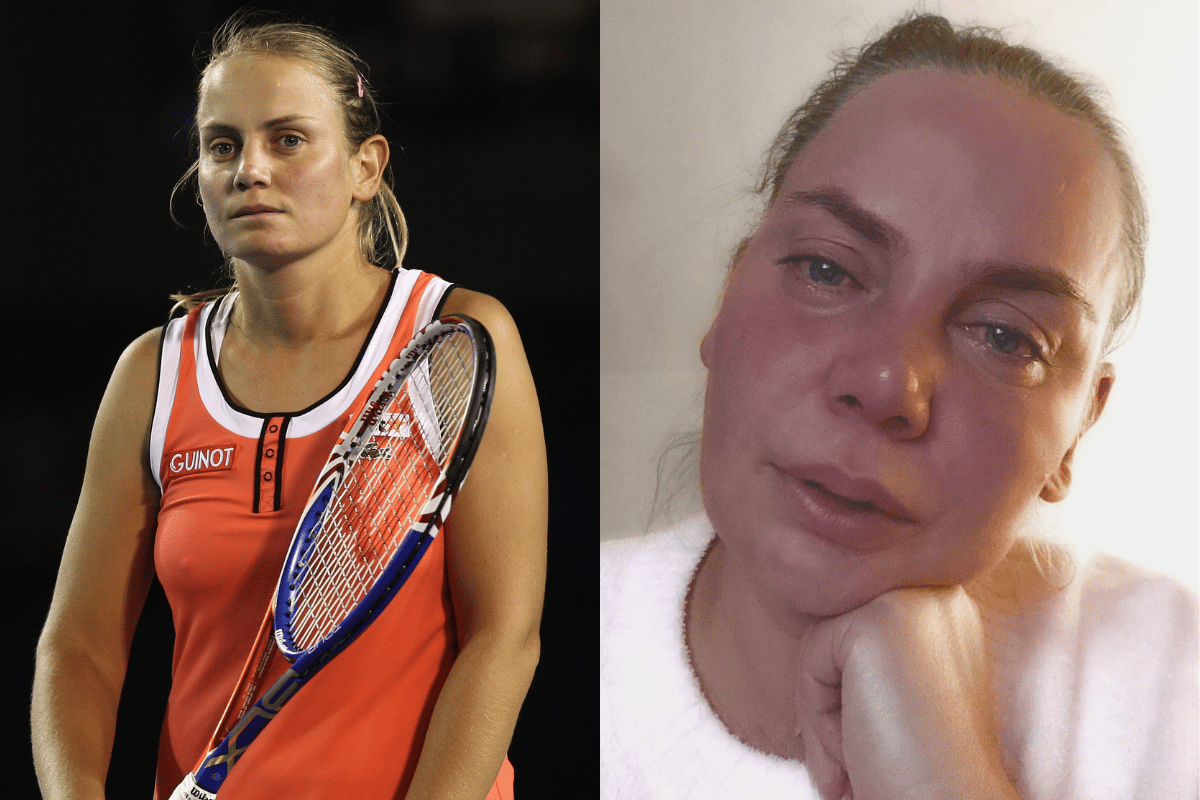 This post deals with mental health and suicide and may be triggering for some readers.

Aussie tennis star Jelena Dokic has opened up about her mental health struggles, sharing she almost took her own life six weeks ago.

In an Instagram post on Monday, the tennis commentator and former world No.4 said she will "never forget" what happened on April 28, 2022.

"Everything is blurry. Everything is dark. No tone, no picture, nothing makes sense... just tears, sadness, depression,anxiety and pain," she wrote alongside a photo of herself crying.

"The last six months have been tough," she continued.

"It's been constant crying everywhere. From hiding in the bathroom when at work, to wipe away my tears so that nobody sees it. To the unstoppable crying at home within my four walls has been unbearable."

The 39-year-old went on to say that seeking professional help "saved her life" and she's now on the road to recovering.

"I am writing this because I know I am not the only one struggling. Just know that you are not alone. I am not going to say that I am doing great now, but I am definitely on the road to recovery."

"Some days are better than others and sometimes I take a step forward and then a step back, but I'm fighting and I believe I can get through this."

"Love you all and here is to fighting and surviving to live and see another day. I will be back stronger than ever," she concluded the post.

"Just remember every day you get through is another page in your book. Stronger and stronger each day," Leisel commented under the post.

It's not the first time Jelena has opened up about her personal life and struggles.

Here's everything we know about the tennis star's family life and career.

Before she became an Aussie tennis legend, Jelena was born and raised in war-torn Croatia.

She started playing tennis at six years old before her family fled to Serbia as refugees when she was eight.

Three years later, her family would relocate once more to Sydney, Australia.

Here, Jelena would forge her career as one of tennis’ golden girls.

At 16, she defeated world number one Martina Hingis at Wimbledon, and later achieved a career-high ranking of world No.4 in 2002.

But while she found success on the courts, behind close doors, she was allegedly abused by her father and coach, Damir Dokic.

In her 2017 autobiography, Unbreakable, Jelena detailed being punched, kicked, spat at, pulled by her hair, struck with a belt, and on one occasion knocked unconscious by her father, whose rage was triggered by "a mediocre training session (or) a loss, a bad mood".

The abuse allegedly started when she was six - the age she first picked up a racquet - and continued for years.

"You get to a stage after that happening for a couple of years, where it’s just your everyday life, and you accept it as being, I’d say, normal," she told The Project in 2017. "That’s what my life was about, and that’s what I had to deal with literally on a day-to-day basis, and it was always something."

"Even at times when it wasn’t physical, which was very rare, it was emotional. There was always something I didn’t do right." 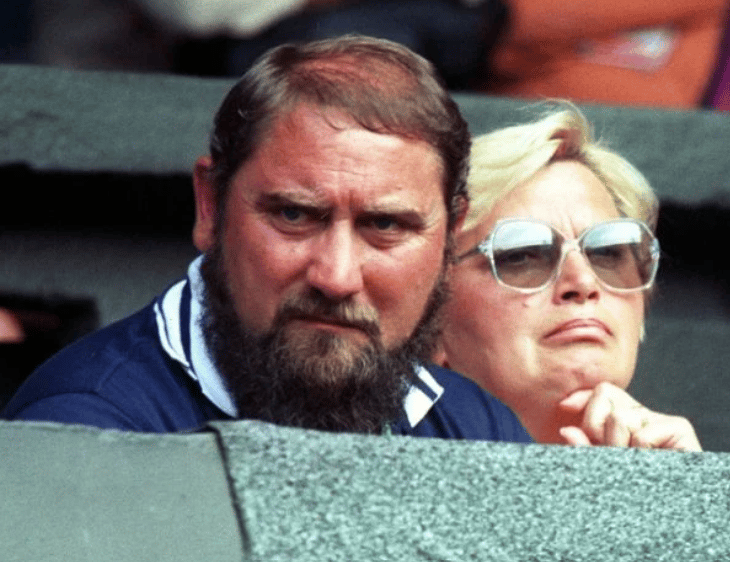 In an extract from her autobiography, Jelena described being left inside the grounds of the All England Club by her father after she lost to American Lindsay Davenport at the Wimbledon semi-finals in 2000.

"I have just made the semi-ﬁnals of Wimbledon. But in my father’s eyes I am not good enough to come home," she wrote.

Recalling a phone conversation she had with Damir after the game, Jelena said, "He is angry. Furious that I lost. His voice booms down the phone. ‘You are pathetic, you are a hopeless cow, you are not to come home. You are an embarrassment. You can’t stay at our hotel.’"

"‘You need to go and ﬁnd somewhere else to sleep,’ he yells at the top of his voice. ‘Stay at Wimbledon and sleep there somewhere… Or wherever else. I don’t care.’"

Listen to Jelena Dokic's interview on Mamamia's No Filter podcast. Post continues below.

Her autobiography wasn't the first time she spoke up against her father.

In 2009, she told Fairfax she had to leave her family to escape the violence. That same year, her father was sentenced to 15 months in jail for threatening the Australian ambassador to Serbia and possessing illegal weapons.

In 2019, she told Now To Love she's now officially cut ties with her father.

"I've made my peace with that," she told the publication.

"I haven't done anything wrong. You can't change things that happen. It is what it is. You can't choose your parents and your family and that's fine."

After a successful career in tennis, Jelena officially hung up her racquet in 2014.

However, fans still get to see her on our TV screens as a commentator for Channel Nine.

In December last year, Jelena shared she was going through a "tough" time, in a post on Instagram.

"I am going through a very tough period in my life right now, a huge change and just processing a lot of pain and trauma and I need time to heal and recover," she wrote at the time.

She later shared she had separated from her partner of almost 19 years, Tin.

In a separate Instagram post, the 39-year-old wrote, "I gave this relationship my all my heart and soul and I fought so hard till the end but ultimately it wasn’t enough this time but I am hopeful that there is still happiness and love somewhere out there waiting for me."

"This is hard, I am in pain, I am hurt, I am lost and right now it’s all about just being able to get out of bed in the morning and putting one foot in front of the other."

"I have said it before and I will say it again, STOP COMMENTING ON MY WEIGHT AND SIZE. It is not kind and it’s ignorant," she captioned the post.

"I get comments like 'why are you so fat?' Or, 'you are unrecognisable? And my favourite is, 'what happened to you?'
Well, a sh*t load has happened but I am here and I am fighting but that’s not what you care about. You only care about my weight and how to make fun of it."

"Would you do the same if it was your sister, mother or daughter in that position and how would you feel about them being body shamed?" she asked, before saying she's not ashamed of her size.

She ended the post with a simple message; "be kind".

Reply
Upvote
2 upvotes
I love Jelena’s commentary!  She is so knowledgeable and amazing at describing the complexities of  play as it unfolds.
Nothing she says is filler, it’s all substance and insightful analysis.
My favourite tennis commentator.
We’ll done Jelena!
A
apc_67 14 days ago