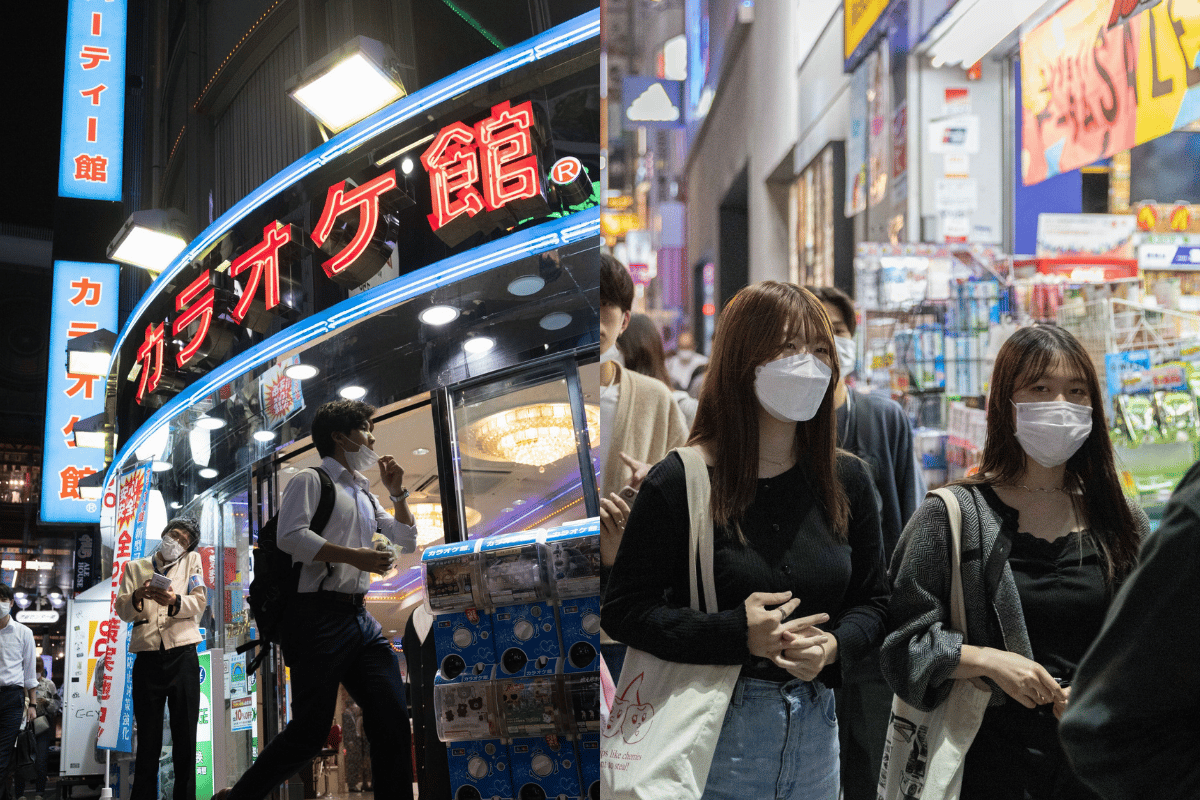 As borders open up and restrictions ease across the country, it's fair to say there's still a lingering air of uncertainty about the months to come.

But as we start getting out of the house and slowly returning to the things we love, we don't have to look too far to see a coronavirus success story.

Over in Japan, the country's capital city of Tokyo were recording a mid-August peak of nearly 6,000 cases a day as they prepared to host the Olympics and Paralympics. However, they've now dropped off to below 100 cases a day. This is despite full nightclubs, packed bars and crowded trains.

So why did the cases drop? Well, no one really knows.

But experts say a few factors may have contributed to the sudden decline, including the country's vaccination uptake and widespread mask wearing.

Unlike Australia, as well as other places in Europe and Asia, Japan has never introduced a hard lockdown.

However, from October 1, it was reported that local and prefectural governments may still maintain certain restrictions, including restrictions around restaurants and nightlife.

On Monday, Tokyo set a record when they totalled 29 new cases of COVID-19, the lowest daily figure all year.

It was also the tenth consecutive day that the new cases maintained below 100.

The country is getting prepared in case COVID-19 infections do increase.

On Friday, Japan's new Prime Minister, Fumio Kishida, said a preparedness plan would be compiled by early November which would include tougher limits on activities and require hospitals to provide more beds and staff for COVID-19 if case infections soar in a "worst-case scenario."

However, he did not elaborate on details.

Japan's vaccine rollout started back in February and by mid-September about half of the country’s population were fully vaccinated against COVID-19.

Today, the vaccination rate has increased to almost 70 per cent.

"Rapid and intensive vaccinations in Japan among those younger than 64 might have created a temporary condition similar to herd-immunity," he said.

Hiroshi Nishiura, a professor at Kyoto University, told a recent government advisory board meeting that he estimates vaccinations helped around 650,000 people avoid infection and saved more than 7,200 lives between March and September.

The government is also planning on rolling out a third booster dose of the vaccine.

This week, prime minister Fumio Kishida announced the shots would be offered from December, starting with medical workers and the elderly.

So, what else has contributed to the drop in COVID-19 cases?

"We have to consider the effect of the vaccinations progress, which is extremely big. At the same time, people who gather in high-risk environments, such as crowded and less-ventilated places, may have been already infected and acquired natural immunity by now."

Other factors experts have pointed out is the widespread use of face masks, which were typically already worn during flu seasons.

One university student told AAP that mask-wearing "has become so normal" and she was "still worried about the virus".

GPS data also showed that people’s movements in major downtown entertainment districts fell during the most recent, third state of emergency, which ended on September 30.

But while cases continue to drop, experts warn that cooler weather could bring a rise in cases as Japan heads into the winter months.

In the meantime, public health experts want a comprehensive investigation into the sudden drop in cases.