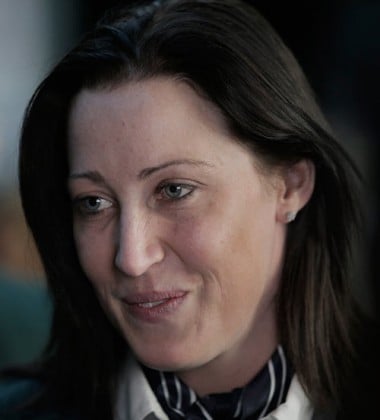 Jana Pittman has revealed she is four months pregnant after undergoing IVF treatment to have her second child.

But the story doesn’t stop there.

Soon after deciding to go ahead with a sperm donor, Jana met the love of her life – a man called James Gurr.

“With James beside me, I feel more confident about what lies ahead and whatever it is, I know we’ll cope,” she told Woman’s Day.

“It won’t be easy for him taking all this on! He’s been in my life for years, but in the last couple of months we’ve stepped it up. I adore him – and he’s really great with [my son] Cor.”

The 32-year-old is calling this her miracle baby after the breakdown of her marriage and two miscarriages.

“With each failed pregnancy I was heartbroken and started doubting I was meant to have more children at all.”

Jana has revealed her decision to undergo IVF was made with the help of her son, 7-year-old Cornelis.

“Cor was upset when I lost my last two pregnancies. He kept asking, ‘When am I going to have a brother or sister?’ ” she says.

“Now he kisses my belly, talks to her and says goodnight. I’ve told him he can pick her middle name and he’s chosen Cora, after himself! He also picked the first pink outfit the day we found out she was a girl.”