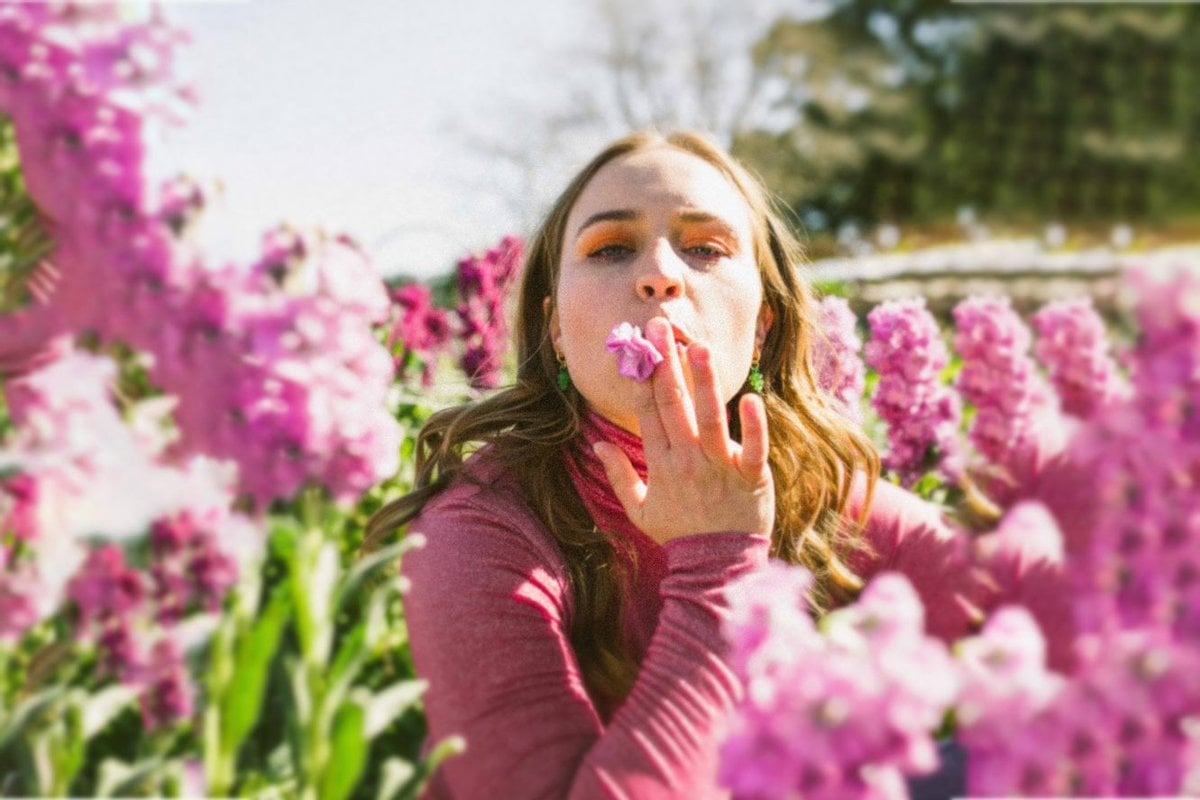 Today I voiced it for the first time to a friend on yet another Zoom call. Three words I thought were inconsolable, end-game even. They had been traipsing my mind for a week, but I had been too scared to say them out loud. As a singer, whose cultural currency, whose career relies on it, they felt large. It felt like if I said them; I was throwing my decade of efforts to the wind, giving up, like I was done.

What were those three words? "I feel irrelevant."

I wrote a pop song called ‘We Are The Youth’. I wrote about how it feels to be a young person living in a time of complete and utter inaction on the fronts of climate and action and first peoples' rights and respect in my country. I thought it would strike a match up to the flame of anger that I know so many of us are feeling. I laboured over it, like it might be some blue pill to take away the relentless feeling inside of me I wasn’t doing enough, about anything. I thought I would feel some relief, even for a moment, but I didn't. I thought it would take me somewhere further along some magical path I imagined - closer to making some kind of change that I could touch or see, but it hasn’t.

Watch Jack River's 'We Are The Youth'. Post continues below.

But at the heart of it, I have been left feeling irrelevant. Yes, irrelevant. My concern as a young person for the environmental and economic tipping point we are at, for my future, feels irrelevant.

After I said it out loud, I began to wonder. If I feel like this, about one little song, how are others feeling right now? If I commit hardcore to feeling irrelevant, who else is in this club? Why do we feel like this? And what happens next?

The more I thought about it, the more I realised how much what I was feeling was reflected in the feelings of my generation. Across the country young people are working to try to build a better future in a system that doesn’t permit them to make change.

Irrelevant, whilst I am sure you know the meaning, is a sense of disconnection. Like what is being sold to us, is not what is in the package. Like a friend who tells you one thing, and does another.

To take just one example, look at the young First Nations leaders spearheading the fight against Big Gas in the Beetaloo Basin. Origin Energy is preparing to frack thousands of square kilometres of their country. Despite the practice of hydraulic fracturing being outlawed in many countries due to the dangers it places on communities and water supplies (UK, France, Denmark, Switzerland), the NT Labor Government and the federal Liberal Government forge ahead, knowing the opposition of traditional owners. How do traditional owners feel in the face of the government shoveling billions of taxpayers' dollars into undermining continued relationships with their land, their communities and their water? Do they feel irrelevant to the media, unheard by voters? I can only imagine so.

There can be no denying that for Aboriginal people, the feeling of disconnection from the government, the media, the public, goes back to settlement. Sovereignty was never ceded.

Another example is 18-year-old Activist Anjali Sharma. How does Anjali Sharma, and the millions of young people she represents feel when the federal Environment Minister denies publicly, and in the record of the law, that her future should not be considered when approving major fossil fuel projects? Does she feel unheard? Irrelevant to the Minister's interests and therefore irrelevant to the nation? Or does her irrelevance to the nation provide proof that in fact the federal government’s direction and choices are becoming increasingly irrelevant to us?

Listen to Grace Tame on No Filter. Post continues below.

I grew up believing our democracy was built on the notion that any citizen can lead, can speak, can run for office, can represent their community. It was built to tear down the rights and royalty and power of kings and queens who ruled without question (well knowing that this system has never been perfect and continues to enforce colonial values at every turn). But in the face of so many challenges that feel consequential - so many of the people working to solve them are left feeling unheard, irrelevant as the wheels of the status quo keep on turning.

I feel less irrelevant when I listen to the words of Grace Tame, or Brittany Higgins, or Amelia Telford. I feel like there is some kind of connection between my interests and the future politics of this place we call home. I feel less irrelevant to the system when I see the work of Chanel Contos and Saxon Mullins being realised in the NSW Parliament - via the passing of the Affirmative Consent Bill with support from all parties. I feel less irrelevant when I attend School Striker meetings and attendance is in the thousands. These digital halls of power are where real change, real leadership seems to be happening.

With so many incredible cultural leaders across the country, I begin to wonder if the system is designed to leave us out. To keep us feeling irrelevant. To stop us from banding together and building our power. We’re told so often that young people are apathetic, disengaged. We are anything but.

Feeling irrelevant, unheard, unimportant, like you don’t have a valued place in a society, leads to a natural sense of hopelessness. If you feel hopeless, you're not alone. But maybe it’s about staying the course amidst a sea of hopelessness that might actually get us somewhere. Because our political leaders are not building the future we want, the future we need. We are.

Jack River's 'We Are The Youth' is dedicated to the billions of young people driving urgent political and social change. This song is for the kids staying up late to organise a protest, for the communities fighting for their culture and their people against an outdated system, for the politicians who are taking (enough) action, for the scientists labouring over data, for the ones maintaining their rage against all odds.

Young activists remain front and centre in 'We Are The Youth’s' accompanying video. Assembled from hours of archival footage, it features global change-makers including Jean Hinchcliffe, Grace Tame, and Brittany Higgins, as well as global advocates like Amanda Gorman (US), Hindou Oumarou Ibrahim (Chad), and Autumn Peltier (Canada) along with footage from the 2019 climate strike (which Jack River performed at), the local Black Lives Matter protests and Dakota access pipeline protests.

M
mumadonna a month ago