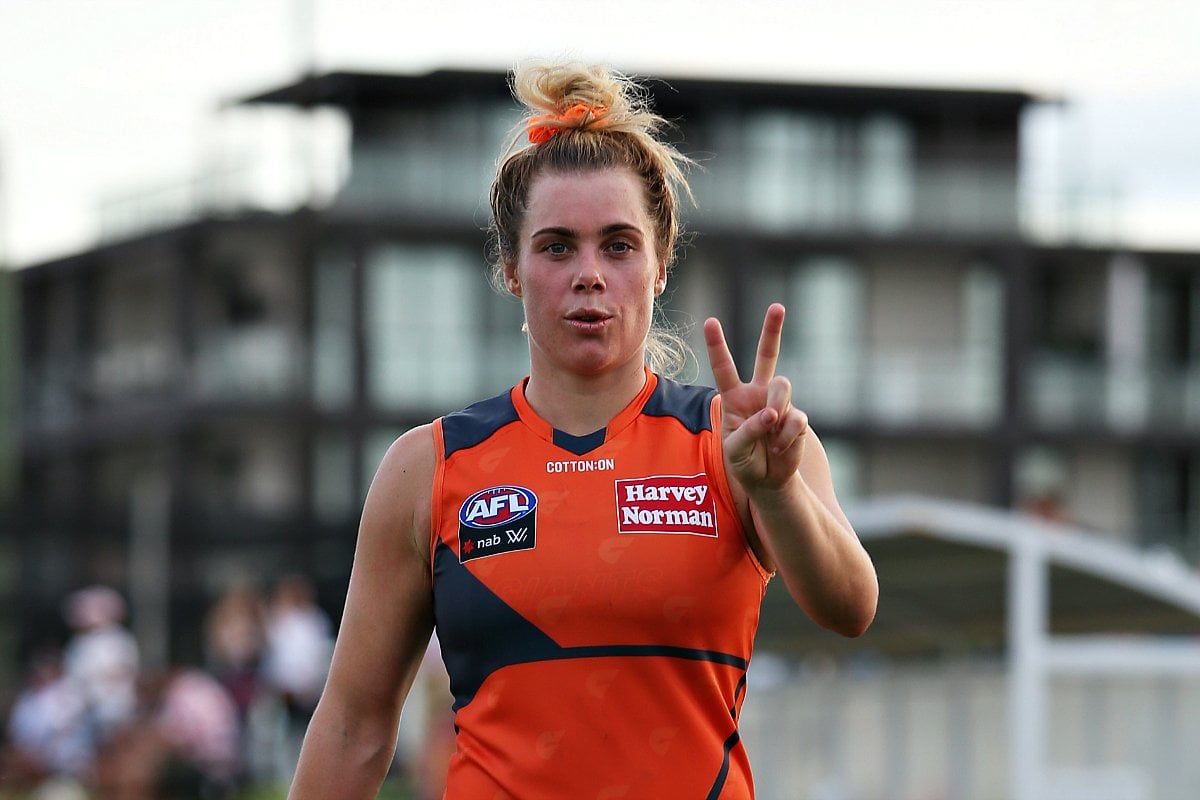 As a star of baseball, American football and the AFLW, Jacinda Barclay is today being remembered as one of Australia's most diverse elite athletes.

Friends, fans and teammates are paying tribute to the Western Australian woman, who died on Tuesday at the age of 29.

"Jacinda lived a life that most people could only imagine," wrote Steph Mur, who played with Barclay on the Chicago Bliss American football team. "She was an elite multi-sport athlete constantly shredding boundaries around the world.

"I feel honoured to have played alongside you and more importantly to have known your beautiful energy and bubbly, comedic personality. Your brightness will never stop shining in our hearts. Rest easy Cinda!"

“There are people you meet in life who - quite often without even trying - make the world brighter and lighter. I know for myself, Jacinda Barclay certainly was the leading example of such a person.”#RIP Barcs ❤️

Incredibly sad news. My heart goes out to Jacinda’s family, friends and team mates. Thinking of you all in this awfully hard time. Rest easy 🧡🧡🧡 https://t.co/AeRBMtTuaL

Thoughts are with Jacinda’s family and friends ❤️ I always admired the courage to take on the world and any sport she felt like! 🧡 https://t.co/4Ngf7ZQGgi

Barclay was a foundational member of the Greater Western Sydney Giants AFLW team, and the club's GWS chief executive, David Matthews, said the team has been left "devastated" by her passing.

"Jacinda's spirit and infectious personality made her a popular and unforgettable member of the Giants family. She will always be a part of our club," he said.

Jacinda Barclay was born in Western Australia to a family of New Zealand descent.

Her childhood was one spent largely outdoors, playing games with her brother, Zane. She'd scramble onto the roof of one shed, he'd do the same onto another roughly 20 metres away, and they'd hurl honky nuts at each other.

Though Barclay excelled in several sports, that well-honed throwing arm translated into a particular aptitude for baseball.

At the age of 17, she made her debut for Australia in the 2008 World Cup in Japan. She went on to play in four more World Cups, peaking with a silver medal in Venezuela in 2010.

2014 World Cup Myozaki, Japan. Taking home the bronze neck wear. Not what we were in search of but moving up in World rankings none the less. #Emeralds #Baseballfamily #arigatoJapan #worldcup #thesegirls

That year, Barclay was involved in a motorcycle accident that left her with two broken legs. Doctors warned her it could be the end of her sporting career, but after three months in a wheelchair, she recovered.

Not only did she continue to play baseball, but she took up American football as well. At the time, the top-tier competition was the Lingerie Football League, a controversial format that saw women athletes take to the field in nothing but padding, cleats and lingerie.

She was set to head to the US for the competition in 2012 but visa issues scuppered her plans, and she instead joined the short-lived Australian LFL the following year.

By 2016, she was scouted by the Chicago Bliss for the re-branded Legends Football League and took to the field as their quarterback.

Though the league raked in money, the athletes weren't paid, and Barclay became a vocal advocate for renumeration.

"Though many women before me had addressed the issue with the LFL board, it seems that each attempt had made no impact. I found myself alone in the revolution to change the exploitation from money-making ‘sexy’ mules to respected professional athletes," she wrote for Athlete's Voice in 2018.

"It took me years of learning, failing to speak and enduring to find my voice. I was going to use it to fight for me and other female athletes’ honour as professional athletes."

Barclay encouraged fellow players to participate in a strike. Out of fear of losing their positions, they refused.

She ultimately quit the league and returned to Australia. Then the AFLW came calling.

AFL and Jacinda's "field of dreams".

When Jacinda Barclay was drafted to Greater Western Sydney Giants for the AFLW's inaugural season in 2017, it fulfilled a lifelong dream.

She'd been playing Aussie Rules since the age of 12, but with no established girl's competition she abandoned the sport to focus on baseball. 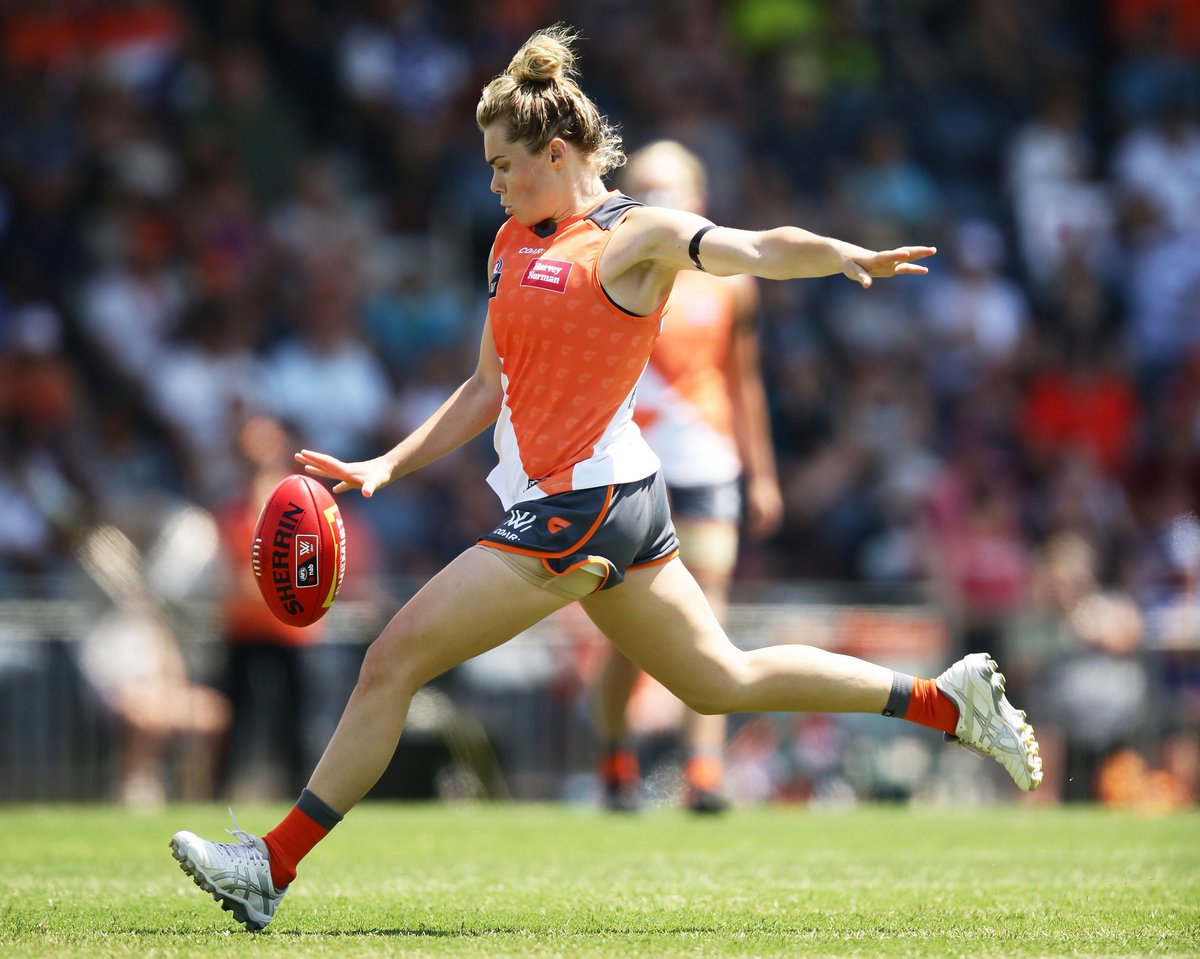 Barclay played 23 games across four seasons for the Giants, and though she and other players recieve a small salary (less than minimum wage), Barclay also held down three other jobs: a FIFO assistant life-support technician on oil rigs, a labourer and a ward clerk at a private hospital.

"Any mature female athlete who wants to pursue sport has to juggle her career as well, so it's nothing unusual for me, or that category," she said.

Still, Barclay acknowledged the progress being made for women like her, who simply want the chance to pursue a career in the sport that they love.

"To be one of the fortunate few to play on the field of dreams is something I will be grateful for as long as I live. When I am on that field, I will earn my place," she wrote for Athlete's Voice.

"Kia Kaha Mana Wahine (Stay strong, strong women.) It seems our time is calling us, let us answer it together."