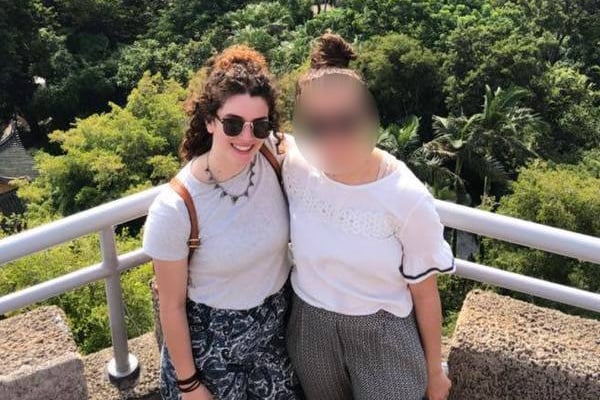 The uncle of a woman found dead near a tram stop in Melbourne’s north, who international media have identified as a 21-year-old Arab-Israeli student, has spoken of how he learnt of his niece’s death.

Aiia Masarwe, who Israeli newspaper Haaretz have named as the victim in Melbourne on an exchange study program, was believed to have been travelling on the route 86 tram home from Docklands when she was attacked.

The business studies student’s Miama-based uncle Rame Masarwe said he heard of his niece’s death in a phone call from a relative.

“I was in shock, I couldn’t believe it … the day before my wife had said to me, ‘We’ll have to go to Australia, Australia’s very safe, very nice’,” he said, ABC reports.

“We cannot believe that something like this happened in Australia, we think it’s very safe there.”

Mr Masarwe also spoke of how his niece had moved to Melbourne to further her studies and had only planned to stay for a year, an exciting challenge that wasn’t out of character for her.

Passers-by discovered Ms Masarwe’s body in scrub near a tram stop close to a shopping centre at Bundoora on Wednesday morning.

“We are treating it as suspicious. It’s apparent or it seems that the female has been assaulted,” Inspector Andrew Stamper told reporters near the scene on Wednesday.

Police are yet to formally identify the woman.

Haaretz reported that Ms Masarwe was studying at Shanghai University, and spent the past several months in Melbourne on a study-abroad program, according to her uncle Abed Katane.

Her father has left Israel for Melbourne in a bid to coordinate her body’s return home, Mr Katane told the newspaper.

On Thursday, the Department of Foreign Affairs told AAP: “This is a matter for Victoria Police and the Embassy of Israel.”

Officers are expected to further canvass nearby residents on Thursday to determine how Ms Masarwe died and what led to her body being left near the tram stop.

“We would ask for anyone that may have dashcam footage, CCTV or may have seen anything here that could be a small piece in the jigsaw puzzle to contact Crimestoppers,” Insp Stamper said.

Detectives are keen to speak to anyone who travelled on the route 86 tram, particularly between 11pm on Tuesday and 1am on Wednesday.

Her name is spelt Aya. And she was Palestinian. Honour who she was, correctly please.

I wonder whether her sister was concerned about the suddenly falling of her phone during FaceTime & the voices she heard to call the police, or not? I wonder about the car left there with its hazard lights on. If it was the killer's car, then they must have left on foot? Was she stalked, or was the killer/s just waiting in the shopping centre area, knowing young female students got off at this tram stop late at night? How many nights did he wait there watching women to possibly attack? If it was his car, I imagine the police know who they are after. I'd also expect they have CCTV footage of some type.