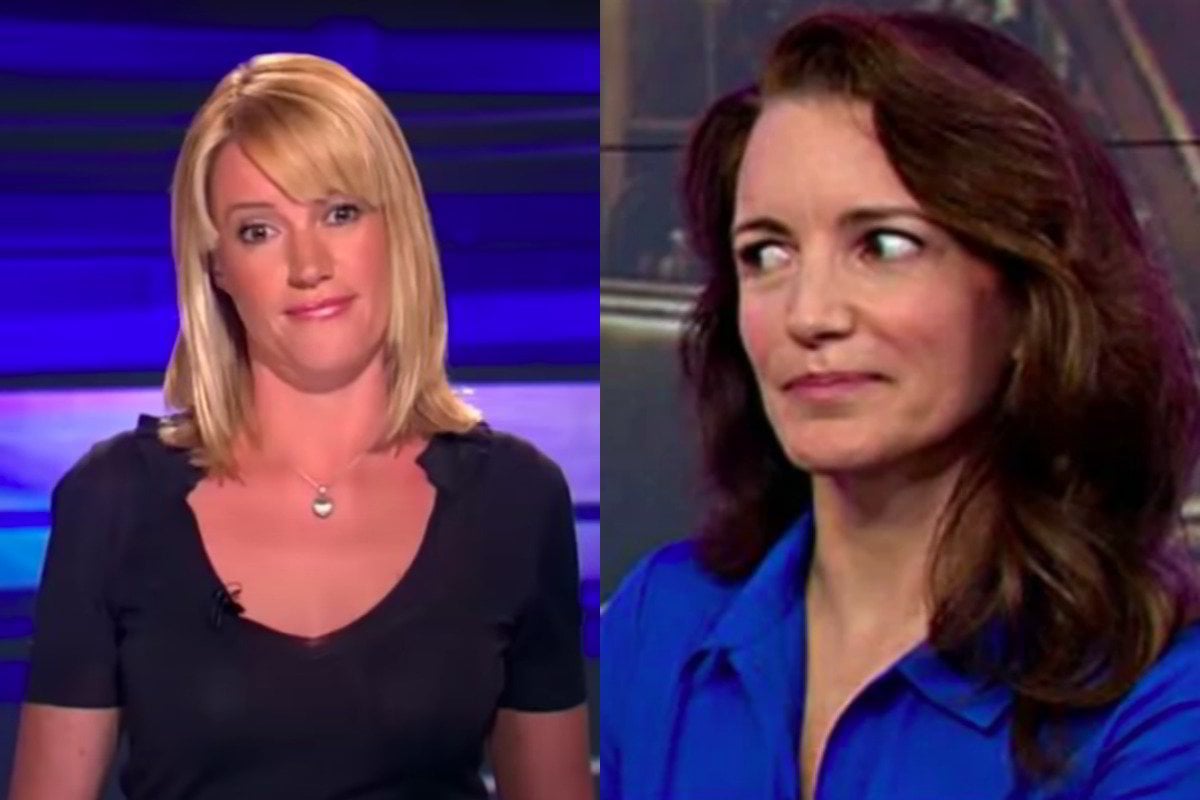 Always has been, always will be. In fact, I'd go so far as to say it's a part of our culture.

So when you put international celebrities (or just your average Aussie) face to face with outspoken television hosts like Karl Stefanovic, really, it's only a matter of time before cringeworthy interviews happen.

We decided to take a look back at all the Australian TV interviews gone wrong.

Strap yourselves in, it's a ride.

The Dalai Lama on The Today Show

It was back in 2011, and Karl introduces the segment as a "gag he shared with the Dalai Lama".

We then watch on as Karl sits opposite His Holiness, the pair leaning close to each other as he begins:

"So the Dalai Lama walks into a pizza shop," the Today host begins, pausing to let the translators explain what a "pizza shop" is.

"And says, can you make me one with everything?"

The Dalai Lama nods "mhm", waiting for the punchline of the joke.

Karl laughs: "Do you know what I mean?" and, no, he clearly does not.

He then tries to explain it again with some hand gestures and, Karl, this is not helping.

"I knew that wouldn't work," he said, as he put his head in his hands. 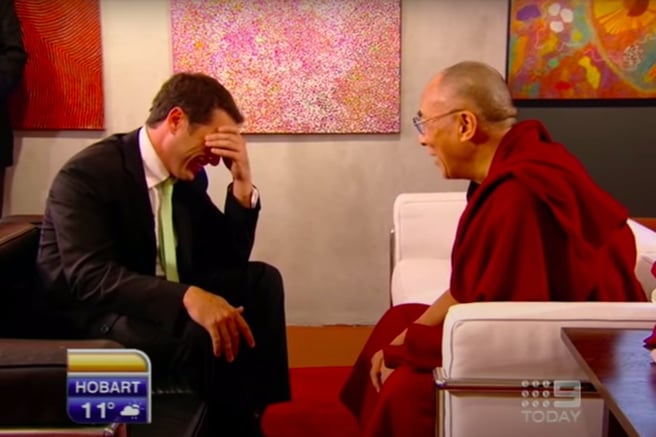 So cringeworthy, but also, just so great.

Corey Worthington on A Current Affair

The year was 2008, and A Current Affair was in its prime.

Leila McKinnon was prepped and ready to hold the teenagers of Australia to account for their partying shenanigans, when she was faced with none other than 16-year-old party boy, Corey Worthington.

Worthington landed in the news after he threw party for 500 of his nearest and dearest, which resulted in carnage and thousands of dollars worth of damage through the streets. (His parents were, of course, away for the weekend.)

But the interview went about as well as you'd expect an interview with a teen who posted an open party invite on myspace would go. Pretty much like a teacher scolding a rebellious student, but streamed on national TV. 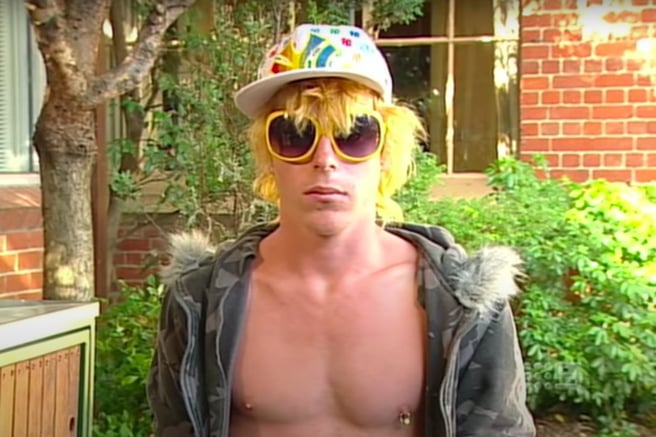 There was a lot of short back and forth before Corey gave a half-arsed apology, leading Leila to ask: "Are you sorry? You don't sound very sorry."

"I can't really be blamed for everything that happened because it wasn't in the house it was on the street, and I didn't do it," he replied.

Leila hit back: "Why don't you take this opportunity now to apologise to your parents and to your neighbours who say they were frightened?"

Side note: the interview cut between glorious shots such as these, and I still have so many questions. 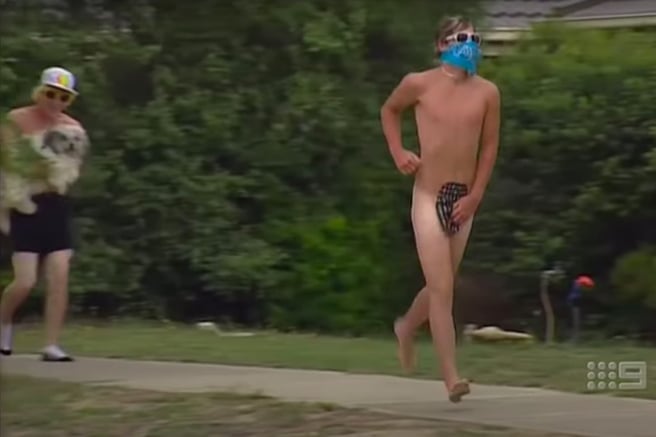 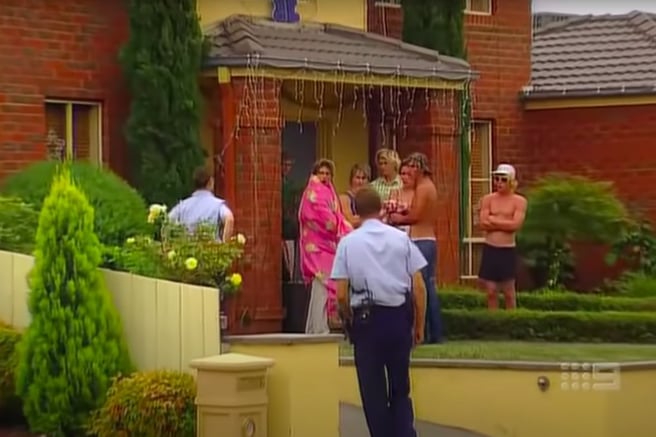 You can just smell the big night in this picture. Image: Nine.

Leila interrupted: "Why don't you take your glasses off now so we can see you."

Leila then demanded he take off the glasses to apologise to his neighbours and law enforcement, but Corey quickly responded: "I'll say sorry, but I'm not taking off my glasses."

There was a pause. It was weird. Before Leila simply asked, why not?

"Because your glasses are famous?" she asked.

"You're pretty happy, with the way you look and the attitude you've got are you," Leila responded.

The segment concluded with Leila asking Corey what he would say to other kids who were thinking about throwing a party while their parents were out of town.

"Not 'don't do it'?" Leila asked, seemingly appalled.

"Nah, get me to do it for you. Best party ever. That's what everyone's been saying."

And so the infamous reputation of Corey Worthington was born. 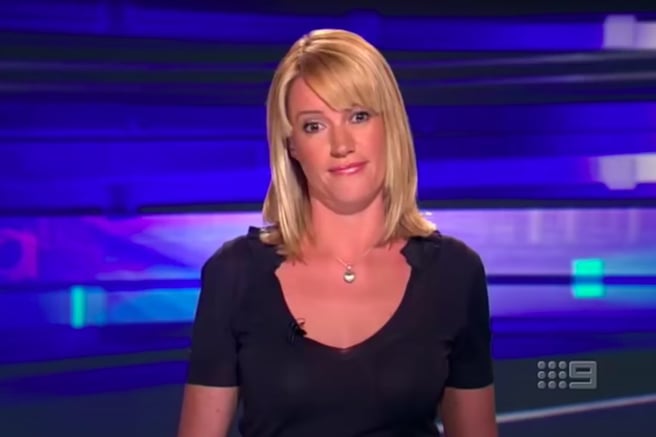 We feel you, Leila. Image: Nine.

Oh Molly Meldrum, we can't blame you for the nerves you felt interviewing Prince Charles back in 1977, but damn, this interview will go down in history.

The story begins as Countdown host Meldrum introduces Prince Charles on the program, stumbling over his words a few times before asking to start again. This happens twice more before he soldiers on, despite a few awkward pauses.

Charles asks if he has a teleprompter, but Meldrum is too far gone.

He makes it through the interview with the help of the patient future King, and we are left with the hilarious outtakes to watch as we please.

Nicole Scherzinger on The Project

More recently, Pussycat Dolls singer Nicole Scherzinger appeared on The Project to promote the band's 2020 tour. And things were just...off.

Although the interview started off fairly comfortably, it got into awkward territory when the men on the panel made a few cringeworthy comments.

The Pussycat Dolls are reuniting and @NicoleScherzy stopped by the desk to reveal what we can expect from the So Pop tour, the work that goes into perfecting those dance moves, and the lyrics people always get wrong. pic.twitter.com/x0auboMvxv

Host Waleed Aly set things off when he asked, "I'm just wondering, when you guys are backstage do you guys fight over who wore the best tube tops and low-rise jeans?"

Nicole responded a blunt, "No," causing Waleed to move quickly on.

But, as if that wasn't a signal enough to avoid belittling comments, fellow host Carrie Bickmore encouraged Waleed to share what he previously thought the lyrics were to her song: "When I Grow Up".

Waleed, picking up on the awkwardness of the situation interrupted Carrie saying: "Or we can just move on to the next question," but she persisted and Waleed did as he was told.

"I'm going to have to do this aren't I?" he said. "Until about 10 minutes ago, I thought the lyrics were: 'I wanna have boobies', am I alone in thinking that?"

Nicole explained that it was a common mistake people made, but the actual words are "I wanna have groupies".

Waleed then motioned at panellist Tommy Little, "see?", as though they had this conversation before, and Little responded: "I just thought it was weird because I walked into the office this morning and he goes: 'I'm going to ask Nicole if she's grown up and gotten her boobies."

Nicole, clearly uncomfortable, paused before saying: "I don't know... Have I?"

A few more comments were made about the misheard lyrics as well as the Pussycat Dolls' risque costumes, and we did not feel great about that interview. Neither did twitter apparently:

Questions ask were cringed worthy. It was sexist and demeaning especially Waleed's, that was extremely misoginistic question. @NicoleScherzy handled it with gracefully.

Are they really the best questions these so called ‘journalists’ could come up with? Why is Waleed talking about Nicole’s breasts? The hosts spoke so much she could barely get a word in!

Who could forget the curly wig of doom Samantha Armytage donned during a Sex and the City skit that went horribly, horribly wrong?

Davis – an activist and UNHCR Ambassador – was in Sydney to speak about her work with refugees when much to her horror, host Samantha tossed her a script to re-enact a scene from Sex and the City, which at that point, had wrapped a whole 12 years prior.

Looking utterly appalled while muttering "I don’t know if this is a great idea, frankly”, Davis seemed to look around with a look of sheer desperation, hoping that somebody, anybody, would change the subject to the important work she had come on air to discuss.

Samantha was later dropped as the MC for a UNHCR event.

Though Davis attempted to take it with good grace at the time, she later tweeted a Sydney Morning Herald opinion piece that called the segment "gender-cringe TV at its worst".

At home, we all wanted to hide behind our sofas. 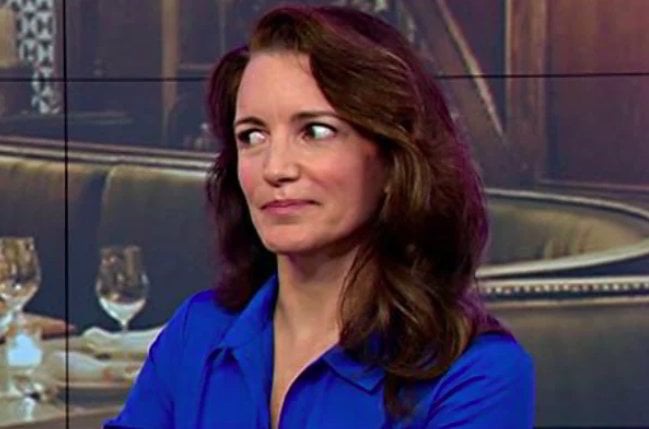 What awkward TV moments do you remember? Let us know in the comments below!