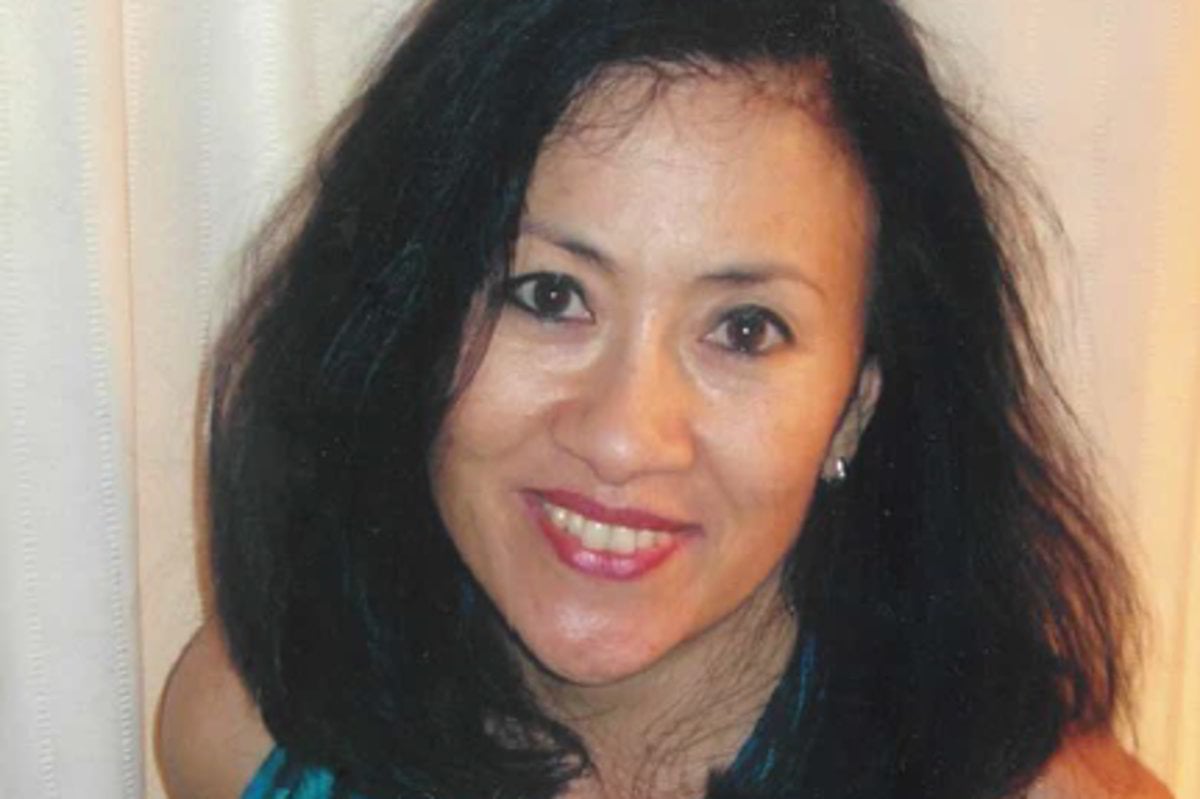 Sam Douglas remembers the first time she felt like she belonged.

It was an overwhelming feeling. Scary, but wonderful.

So many other people felt like this all the time; it was so familiar they didn't even know it. But for the first 20 years of her life, Sam felt the complete opposite.

Sam was born to an unmarried Greek mother in the 1960s. She does not know who her biological father is, but she believes he was Chinese. At the time, social prejudice towards unmarried women and mixed race children was the norm, and this saw Sam forcibly adopted into a white family in Canberra.

Sam's family were 'colour blind', meaning they didn't see her as "any sort of colour", she explained to Mamamia.

Her family believed if she was brought up the same as her fair-skinned, red-headed sister, there wouldn't be any issues.

But there were issues. Lots of them.

For an entire year, she was called 'dirty little girl' by a teacher, and sent to the bathrooms where she tried to "scrub her skin white" each day. People stared at her and called her racist names. Her adopted grandmother did not acknowledge her, and she was forced out of a multi-generational family photo. 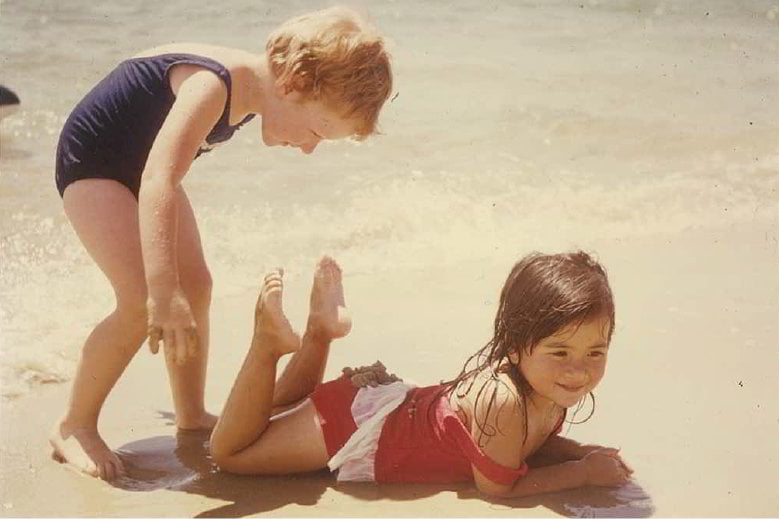 She knew she "didn't fit", so Sam could not be 'colour blind' herself.

"It was my colour that set me apart. Back then I saw that everyone was white, so I was the odd one out," she told Mamamia.

At 18, Sam tracked down her biological mother, but it took her two years to decide making contact was what she wanted to do.

So at 20 years old, Sam met her mother Zena and lots - lots - of other family members.

"It was overwhelming because it wasn't just my biological mother, but it was my uncles and aunts, nieces, nephews and things like that," she said.

"It was extremely traumatic, having to get my head around the whole 'colour' thing, and there were so many emotions around that but I felt like I actually belonged. It was like, 'these are my people, this is my blood'." 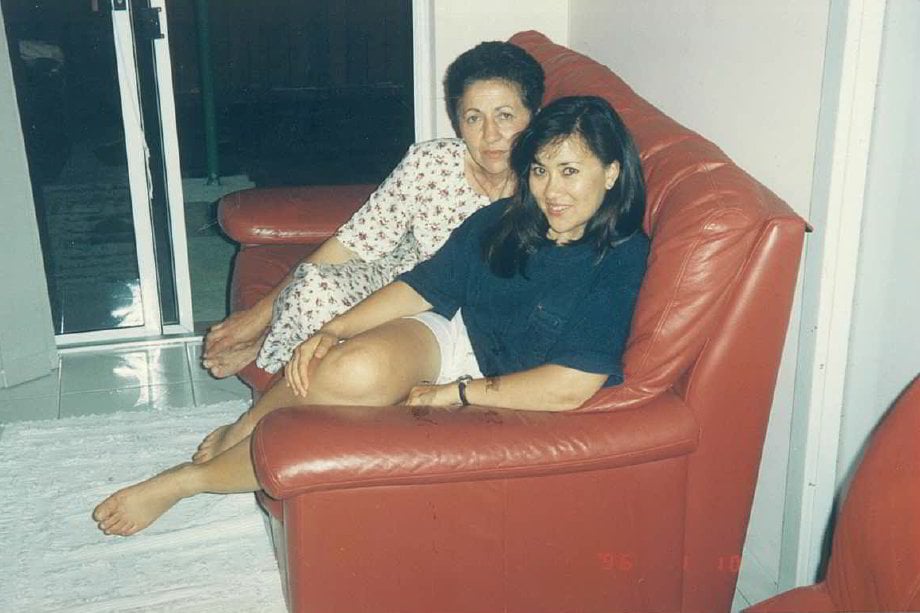 Sam identifies herself as Eurasian. It's an identity she wished she had known as a child and in her formative teenage years.

To have not known herself back then has had an impact on every facet of Sam's life.

"It's my depression, it's my happiness. My confidence, my lack of confidence," she said.

[It's] my stress. I come from a very conservative adoptive family so from that my personality's so different and when I'm with my dad and his friends, I feel the need to tone myself down, being the extrovert that I am."

It's also informed her opinion on adoption. Not just interracial adoptions, but all of them.

"To me, adoption in general is all about erasing who you are. You end up getting this birth certificate and a name that isn't who you are.

"These people who are adopting you, it's like they're giving you a new culture and a new everything to absolutely erase who you are, who you were born to be. That's wrong. You need to give that child their culture."

If Sam had been given the opportunity to embrace and understand her cultures, she would have learned much earlier on that being 'different' is not a bad thing. It is not something shameful, but something to be embraced and celebrated. 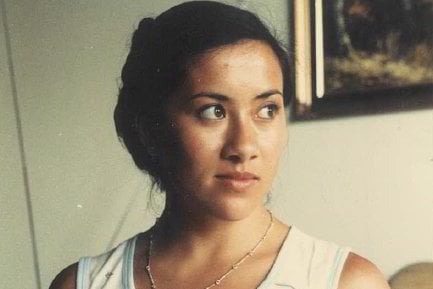 "They didn't realise I needed so much more support than the average kid, because I was drowning in a sea of white faces that I couldn't relate to," Sam told Mamamia.

"My parents should have sat down with me and explained to me that I was different, but I was still loved equally. And that it was other people's problems if they couldn't accept me.

"Kids should not grow up not knowing who they are."

Sam doesn't think her adoptive family know how deeply she has been impacted by her experience, even now, and she doesn't want another adoptive child to feel that way.

This is why she so strongly advocates for adopted children to be given all the resources, experiences and immersion they need to know who they are and where they come from, with access to others with lived experiences they can relate to.

"That child will always wonder what it's like to be in their own environment and will want to go and find that," Sam explained.

"You get some adoptive parents who get really funny about that because they think they're going to lose this child, but they really need to understand that you've lost part of who you are."

Now settled in Cairns, and working as a dressmaker, Sam said her life is "pretty ordinary". 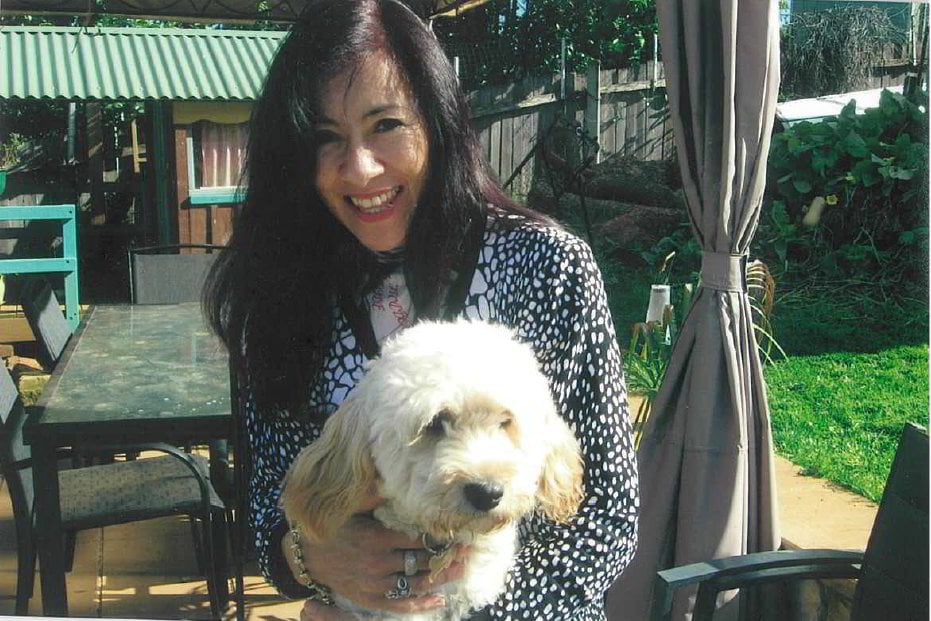 But her identity struggles still make their mark.

"The weird thing is my friends are all white. I was brought up 'white'. I relate to white people, and I do 'white things'," she said.

"Last year I had an altercation with a taxi driver. We were having words because he parked me in, and a woman who saw what was going on said to me 'Go back to where you came from'. In this day and age.

"I said to a friend who I talked to after that, what if she knew I'd spend my school holidays on big outback properties rounding up sheep? I thought what an ignorant old cow. It was unbelievable."

As an adult, Sam has carved out spaces where she feels like she belongs - all the time. For a long time she worked as a scuba driver as a way of travelling the world.

She's spent time in Greece with her biological family, surrounded by their outpouring of love - in a physical, unapologetic way far removed from the more restrained love she had been brought up in in Canberra.

She has spent years travelling all over Asia. It's her 'safe space'. She's lived in Malaysia and Thailand, and visited countries right across the continent.

"I think I'm just this ball of happiness [when I'm there]," she said. "I am so comfortable, so relaxed in that environment. That's who I am."

You can hear more from Sam and others about growing up mixed race on SBS Insight Tuesday, July 28 at 8.30pm.