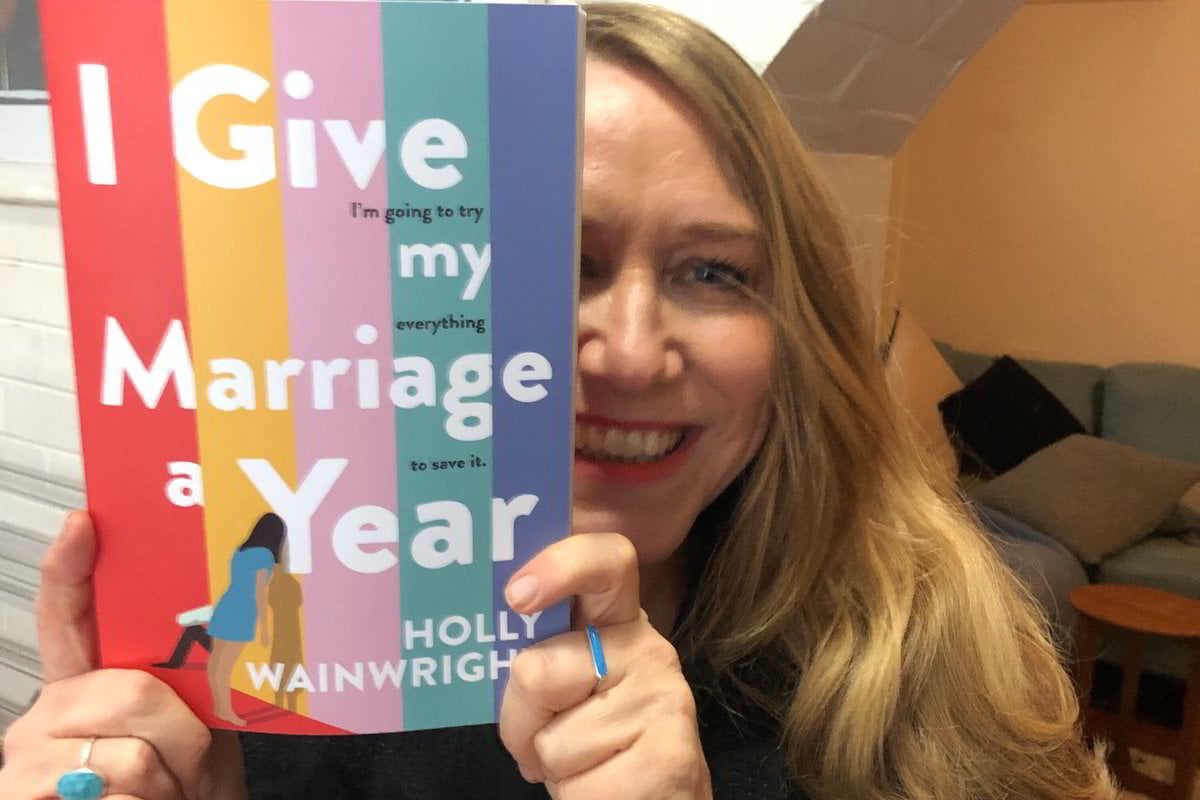 I give my marriage a year.

I give my marriage a year.

Lou’s hand didn’t shake as she put her phone down on the bedside table.

She closed her eyes. It wasn’t light yet, but she knew it was a matter of minutes, not hours, because the birds were beginning to jabber in the tree outside. The tree Josh wanted to cut right back, away from the house. The tree Lou used to love looking at as she lay here with him. Her head resting back on his shoulder. The smell of his skin. His arm tight around her.

She used to say it was her happy place. Here, in their bed, in their home. Safe. Loved. Spent.

How long ago was that? Lou opened her eyes. Stared into the lightening gloom for a moment. Rolled over. Listened for the steady breathing next to her. Rolled back, picked up the phone again.

Why don’t I feel anything? She typed.

After all, this was a big decision. Twelve months to decide on fourteen years.

For at least ten of those fourteen years, Lou had told everyone who’d listen that Josh was the love of her life. Her person. He was the man she’d built her life around.

Deep breath. He was a good man, mostly. A great father, mostly, to their girls. Their crazy beautiful girls.

Now she was feeling something.

I’m going to try everything to save it, Lou tapped into her phone.

What did people do, when they’d made a decision like this? The cursor blinked yellow at her.

Most days, Lou couldn’t decide what to have for lunch. Lately, her brain felt sludgy, like months and years of too many choices – both tiny and life-changing – were all still swimming around in there and she had to fight her way through them to any clear space where things could be sorted into ‘yes’ or ‘no’, ‘do’ or ‘don’t’.

But the clear space was where this sentence sat. I give my marriage a year.

Twelve months to decide whether to stay, or go.

Ballsy, Lou thought, and laughed softly to herself. I’ve decided to decide.

The people she knew, who’d been here, how did they decide?

She didn’t know anyone who’d been here.

Oh, she knew plenty of people whose relationships hadn’t worked. She and Josh had often talked about their divorcing friends and family with a confident kind of distance.

They’d nod and hug and provide the heartbroken with wine and shoulders to snot on. And then, when they were alone again, on the way to the car, or to bed, they’d find themselves holding hands. And one or the other of them would say, ‘Thank God that’s not us.’

What smug bastards we were, Lou thought.

Ed, you spineless quitter, Lou had thought. And said. What a despicable, scaredy-cat quitter.

But that night, when she and Josh had gone to bed, they hadn’t even talked about it. Josh was angry, bristling. ‘That f*cking prick.’

‘It’s too awful,’ Lou replied. And they’d gone to bed and she’d pretended to read and he’d fallen asleep, and all Lou could see was Anika lying alone in a bed on the other side of the city, still breathless.

I’m going to try everything to save it.

I’m going to try everything to save it.

I don’t want to be a quitter.

Josh deserves better than that. So do I.

So do our girls.

Stella and Rita couldn’t know. There was no need to upset them until it looked like it might be real. They were too little, and too happy. Too much in love with their daddy.

What would she say, if they did get to that moment? Lou let the thought squeeze in. The truth, she supposed. All those online experts would definitely say she should tell the truth.

‘Mummy and Daddy don’t make each other happy anymore.’

How long had it been since Lou had felt happy, in this bed, watching the sky lighten behind the branch of that old ash? How long since she’d felt lucky, the way she once had, before a million dramas big and small had white-anted the solid base of the life she and Josh had built together?

Yes, this bed and Josh’s shoulder had once been her happy place. But now, sometimes, Lou would just lie here next to her husband and cry. As the sun came up, it always crossed his side of the bed first, bathing him in that buttery yellow light that had made them buy the house in the first place.

Sometimes, he would roll over and throw an arm over her while she lay there, quietly sniffling. As if his instincts, even in the deepest sleep, were to comfort his miserable wife.

Humans are so weird, Lou thought. For years, she was physically obsessed with Josh, with inhaling him and touching him. And now just a comforting arm could make her flinch.

She used to play with his long, strong, blunt fingers. When they were out in public in the early days, they had a running joke that Lou would pick up Josh’s hand and place it where she wanted it. On her thigh. On her chest. On her belly. It was a joke that would invariably lead to an urgent need for them to excuse themselves and go home. Even as that memory made her smile now, it felt like something other people used to do.

Now, those same fingers only had to brush against that same body for Lou to recoil. And even she knew that there were only so many times you could throw a ‘Don’t touch me’ at your husband before he took you at your word.

How did desire turn to disgust? Was that just what happened after your body shifted from belonging to you to belonging to your children? Or was it what happened under a pile-up of disappointments, sleepless nights and towels left on the floor? If Lou was completely honest with herself, she knew there was a turning point, a moment when that changed. Could it be changed back?

I’m going to try everything I can to save my marriage, Lou wrote into her phone.

And if it doesn’t work I’m going to let it go. Exhale.

But what did that mean? Lou, a teacher to her bones, knew it meant she needed a plan.

And they were going to start right there, with the bodies, she decided. And the hands. And that f*cking extinguished fire.

1. We’re going to start having sex again, she wrote. Smiled at the memory of some blog she’d once read and dismissed as lame, and added, Every day for a month.

There was a place to start.

Next to her, the steady breath broke. There was a stirring. A grunt.

Lou quickly put her phone back on the bedside table, face down, next to a necklace she would never wear.

And she looked out of the window at the tree branch one more time before she rolled over to the body next to her in their bed. She ran a finger down the smooth, dark spine and she leaned across and breathed in deeply. Then she pushed her hand flat into his muscular back.

‘You’d better wake up,’ she said. ‘My husband’s coming back today with the girls.’

This is an extract from I Give My Ma﻿﻿rriage A Year by Holly Wainwright, Published by Macmillan Australia, RRP $32.99, available in all good bookstores and online now.

P
petlyn50 a year ago