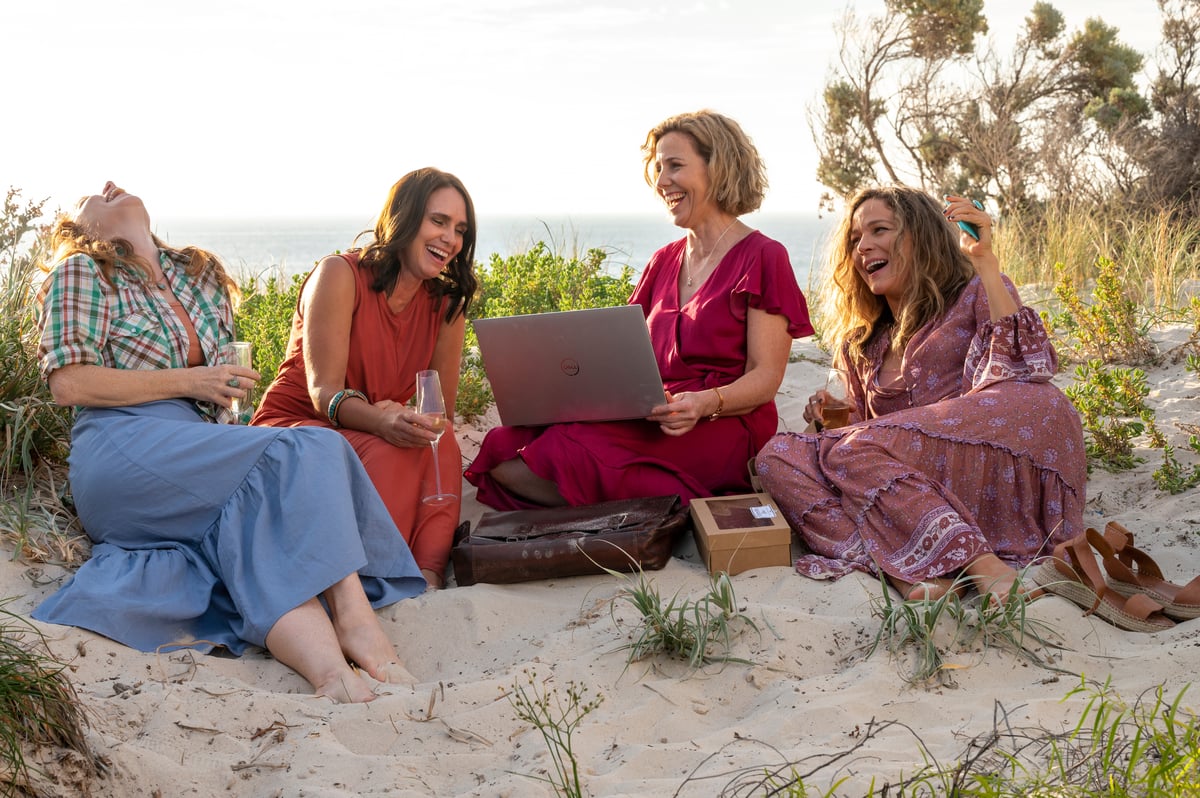 Here at Mamamia, we have a social campaign called #WeNeedToTalkAbout, where our audience tells us exactly what they'd like us to cover.

Frequent suggestions include parenting opinions, tales of friendship, TV, fashion and beauty recommendations, and perhaps most of all, stories of women in their 40s, 50s and beyond, and their perspectives on relationships, sexuality, work and family.

So, there was a moment not too far into new Australian film How To Please A Woman where I thought, 'holy sh*t, this is the exact film people have been screaming out for'.

Watch: How To Please A Woman trailer. Post continues below video.

How To Please A Woman is about Gina (Veep's Sally Phillips), a 50-year-old woman who is let go from her office job. She is feeling invisible, not helped by her sexless marriage to long-time husband Adrian (Cameron Daddo).

After a special birthday gift from friends, she comes up with the idea to launch an all-male house-cleaning service. However, the business grows very quickly, for uh, reasons, that find her needing to acknowledge her own desires to make a new life for herself.

The venture ends up having a major ripple effect not just for Gina, but for her group of friends and all the women in her town - who have for so long known deep down what they want, but have been too afraid to ask for it.

Filmed in Fremantle, WA, the film feels groundbreaking not just for Australian cinema, but film globally. Despite great strides in entertainment's depiction and treatment of women's stories, there is still a way to go. How To Please A Woman feels like we've reached that new frontier, and the best part is how naturally it arrives.

Touching on themes around ageing, sexual desire and romance, it is affirming, empathetic and laugh-out-loud funny.

In some scenes, there is poignancy in how just being listened to feels like the most important thing. In others, there's the quiet satisfaction of Gina finding respect and passion in her new pursuit. And then there is a scene - involving an exercise bike - that will have audiences in stitches. It's hilarious, but sweet and given the thoughtfulness it deserves. 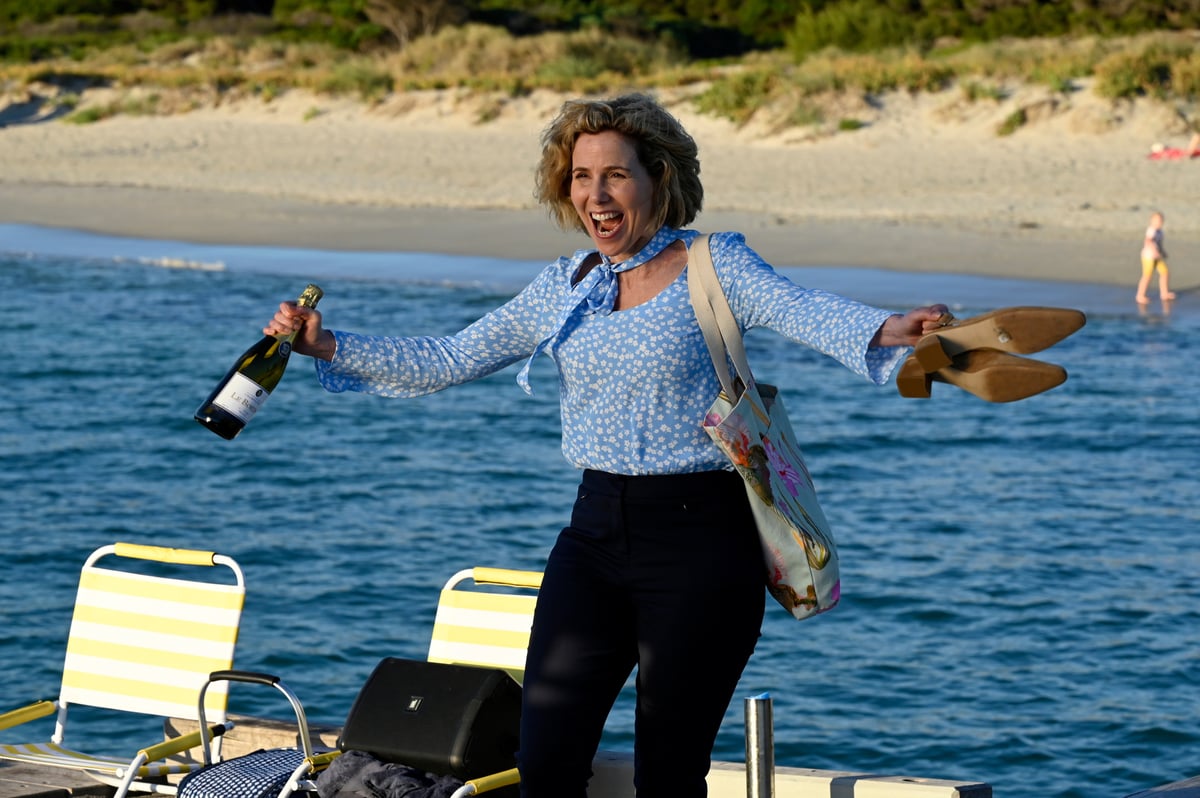 Tasma Walton stars as one of Gina's friends, Monique, and in an interview with Mamamia, explained that she signed on to the project because of the "playful, warm and endearing way" the story tackled subjects that still get less airtime than they deserve.

"I really like the spirit of the piece and what [writer and director Renée Webster] had achieved, in terms of dealing with not often considered subject matter packaged in a lovely, heartfelt, funny, empathetic structure and story," she told Mamamia.

Walton has been acting on Australian screens since the mid-90s, and said she'd seen a shift in the way women's stories are told in media - spurred on by the elevation of women in key behind-the-scenes creative positions.

Not only does How To Please A Woman present female sexuality in an honest and authentic way, very much rejecting the 'male gaze', but it also features a cast of women predominately in their 40s and 50s.

"I think it was quite a long period of time where if you were going to be an actress in this industry, you had to fit that ingenue mould," Walton told Mamamia.

"And that was kind of it. If you didn't, then you didn't get runs on the board at that point and it was going to be very, very difficult for you to arrive at a later point because there was just very few kinds of roles available; it just didn't really exist. You certainly would never see leads, lead females, in that kind of age group.

"But mercifully, that is shifting. And I think we're finally seeing that women in that age group can be really interesting and nuanced and flawed, but, wonderfully flawed. So hopefully, it continues. And you know, as we kind of see more and more women moving into these creative spaces and telling more stories, I think it'll start to become the norm and not a happy exception." 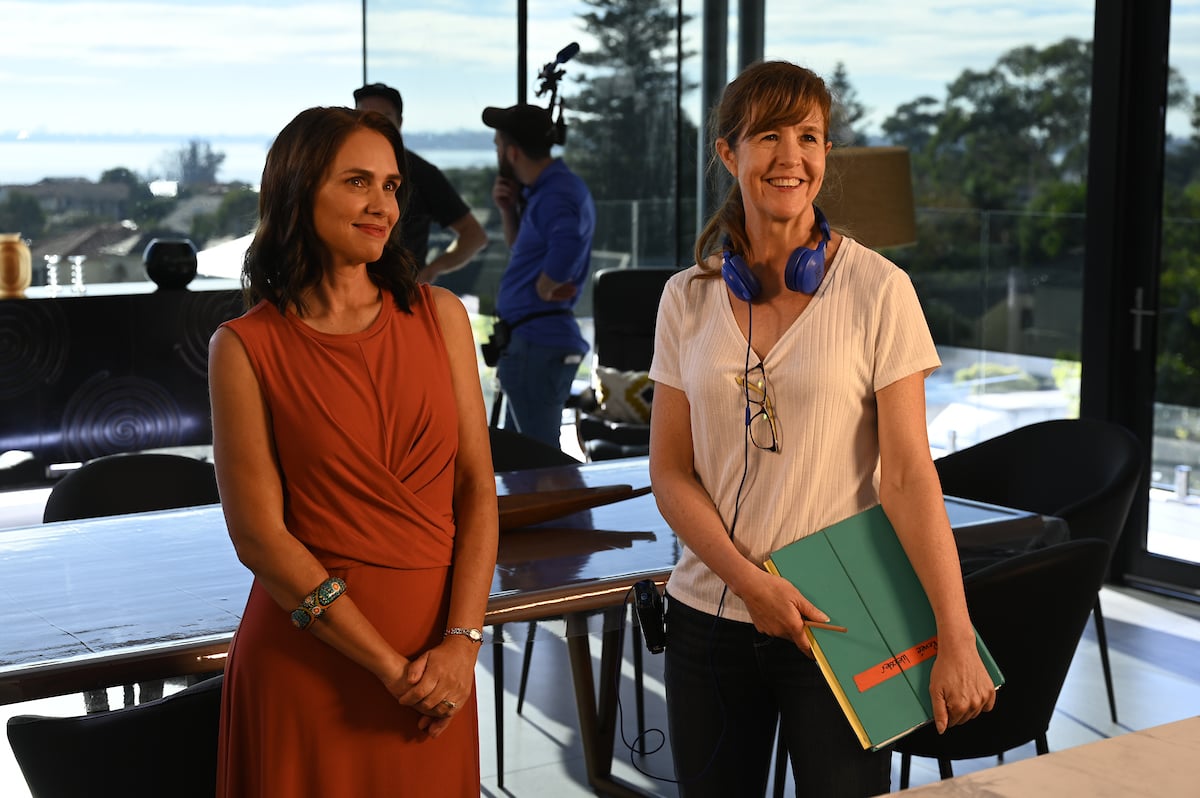 Walton's character appears regularly as part of Gina's morning ritual; chatting to her girlfriends in the changing rooms after an early ocean swim.

It's in these moments that the film's other major theme - female friendship - shines.

"I really, really cherished those scenes in the change room, for example, because it was a group of women talking honestly with each other for no other reason or agenda except that they were friends and they were having fun."

As for audiences, Walton said she hopes they leave cinemas "with a big smile on their face".

"A funny and endearing experience in a cinema is so valuable, so effective. And really, it's just an understanding and acknowledgement that women of all ages you know, have full and rich lives and ought to be celebrated," she said.

"What can often happen is that stereotype of an older person who's angry and resentful, we have challenges we are facing, societal pressures that can make us feel not seen and not heard. That's what's lovely about this film, it's a group of women who are going 'we've got life experience, we have our flaws, we have our needs and desires as human beings, and we're going to celebrate that and have some fun with it'."

How To Please A Woman is in cinemas across Australia from May 19.