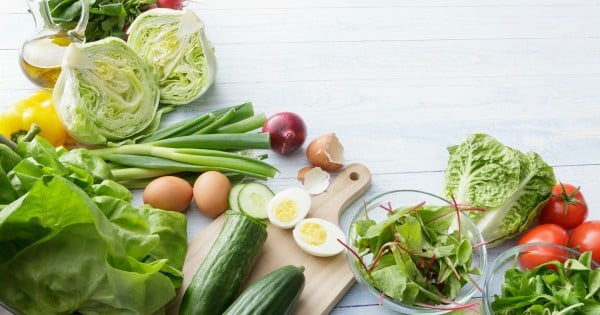 Thanks to our brand partner, Vaalia Kids

In and amongst the lovingly crafted artworks and dirt-smeared clothes that accompany my children home from day care every winter, so too comes one virus or another. Week after week, one child will get better as another gets sick; bug going from child to child, parent to parent, until we are all miserable and counting the days until September.

A week or so into the season, giving even the prescribed amount of medicine to young children, several times a day, seemed too much for their little bodies. It was apparent that warm baths and thick layers of clothing were not enough to combat the chill – more had to be done. This winter, I decided to take it back to basics. In a bid to boost their immunity, and protect my family from further day care-produced ills, I was going to be vigilant about all food that passed their lips.

I didn’t last long. No one can say I didn’t try though.

"I was going to be vigilant about all food that passed their lips." Image: iStock.

A quick search on the internet for ‘foods to boost immunity’, produces the following results - leafy greens and lean meats, followed by orange slices for vitamin retention. Grains, but not white bread, less I want to laden them with preservatives. Garlic, sweet potatoes, and mushrooms. Skeptical of the willingness of my children to stray from their limited toddler-approved diet of chicken fingers, yogurt, and Nutella sandwiches, I nevertheless committed to giving this Dr. Google immunity-boosting menu a go.

That first night, my children were served salad and beef for dinner. No oranges in the house, their meal was accompanied with orange juice. It would have to do.

A change in their toddler-approved diet did not go down well. Image: Giphy.com.

My daughter, the one-and-a-half-year-old, picked up a lettuce leaf, inspecting it inches from her face. Her mother, a salad-shunner herself, had never before served her this food. Just as I thought she might bring the lettuce to the tip of her tongue – she changed her mind and dropped the leaf off the side of her high chair. The rest of the meal was of little success; meat not minced as they preferred, was picked at and mostly discarded. I tried to take solace in the fact that at least they drank their orange juice.

The next morning, the fail-proof standby breakfast of Nutella on white toast was replaced by Nutella on multi-grain toast. This inspired as much enthusiasm as the night before – perhaps less, as my daughter wouldn’t even touch the sandwiches. She eyed them with suspicion, shirking away as I brought a piece to her mouth. My son must’ve sensed my frustration - he at least took a bite before leaving the table to play, pretending he was oblivious to my calls for him to come back to his breakfast.

My success rate being what it was, I didn’t attempt incorporating mushrooms into any meal, certain disaster as it was. I had my greatest victory when potato and garlic bread were served– nothing but silent, chewing mouths, and a tablecloth decorated by crumbs. Unless I found a convenient immunity-boosting food though, I would be spending an inordinate amount of time chopping sweet potatoes, and fighting to keep my children’s weight down from carb-heavy, butter-laden garlic bread.

Enter Vaalia Kids Immune Defence. One of the only foods my children have never yet turned down, yogurt is now more than a sure stomach-filler, or even a way for my children to get many of their essential minerals and vitamins. Packed with a trio of probiotics, and Vitamins B12, A and D for good measure, Vaalia Kids Immune Defence is the easy way to ensure my curious and virus-prone toddlers have extra protection from germs – even when I can’t convince them to eat so-called superfoods.

As for me – there are abandoned leafy greens in my vegetable crisper that need to be consumed, and woefully, it would appear they have my name on it. Only one more month of winter, thank goodness.

How do you make sure your kids stay healthy?