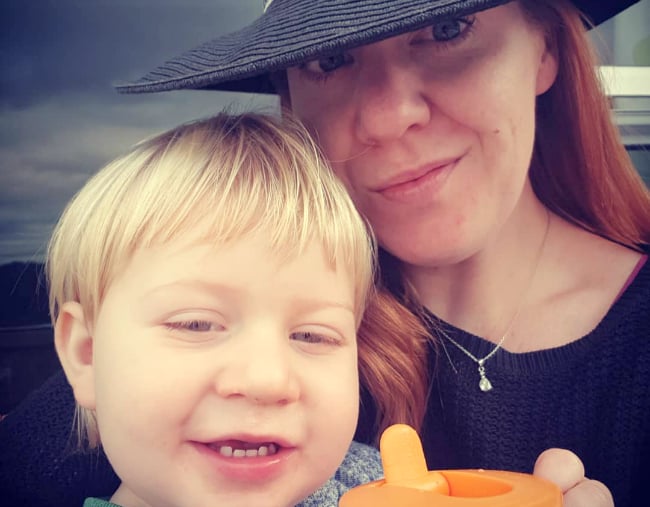 Thanks to our brand partner, Dymadon®

When I became a mum, I was expecting all the parenting curveballs in the predictable ways. The scariness of real responsibility, the debilitating exhaustion and even the exploding nappies straight from the pits of hell.

But no-one tells you about the pain in the tushie that is giving your new baby a little bit of medication.

Surprisingly, it is one of the hardest parts of being a parent. Give me three-hour windows of sleep over trying to put eye drops into a toddler any day.

And maybe no-one talks about it because as pre-parentals, we wouldn’t quite believe that a small bundle of gurgling squishiness could suddenly find super-baby strength and buck, wiggle and scream at a deafening pitch when faced with a few millilitres of medicine.

In the two years since my angel-faced son Max came into the world, we have had more wrestling matches about syringes filled with all types of sweet-tasting “get better” liquids than we’ve had about anything else – including hats, his real irrational hate in this world.

Did someone say winter heatwave? ???? #maxandmumday

I was nearly broken by six bouts of conjunctivitis that came in quick succession. Every time it came to putting those eye drops in, Max would squish his whole face so tight that I started to worry he may never open his gunky eyes ever again.

During a funky ear infection in Fiji, I had to get inventive. I used one hand to offer fruit juice while swooping in a syringe of antibiotics with the other like a sneaky ninja. He eyed me with a degree of scepticism about messing with the juice trust code for the rest of our time away.

And don’t even get me started on the midnight medicating hell – if you turn the light on, your baby will never sleep again. If you keep the light off, you may blind him with some medicating apparatus. It’s a parenting quandary that I sure know wasn’t in any new baby books!

The thing is, babies and even worse, toddlers, aren’t really known for being the most rational when it comes to problem versus solution. Instead, they just see it as “why would I want that foreign object anywhere near me, especially now when I’m not feeling so great?”

Thankfully I’ve had some breakthroughs along the way. If Max has pain or fever and needs paracetamol, I give him Dymadon for a bit of temporary relief, and because he loves the strawberry flavour, it goes down the hatch without a fuss.

Pro tip: I like to add a quarter of a cup of juice and quicker than you can say abracadabra, bubs feels like he’s getting the ultimate treat. The strawberry variety works a treat.

Another breakthrough has been knowing that I’m not alone in my baby medicine battles. These mammas from around Australia have also faced the wiggle war that is medicating those new to the world. Here are their tales from the parenting frontline:

I really thought that for the first time I was turning a corner when it came to giving my 14-month-old some medicine. She just smiled when I offered it and didn’t even put up a fight! My smugness lasted maybe 15 seconds when I looked back to see her spitting it up on the floor, where our cat was now licking it up. Seriously, she must have kept it in her cheeks like a little hamster!

We had managed to last until six-month-old without our baby needing any medication! We were really pleased about that. But because he’d never needed it, when it came to finally having some, he went absolutely berserk. My husband was trying to keep him still while I squished the medicine into his mouth. It went everywhere! It was all over his face, our clothes, the floors, the walls and the curtains. The stain was on them forever. When I finally washed the curtains, they shrunk to a comically small size so we couldn’t even re-hang them!

This is by far the worst parenting tip I can offer, but we have had to start giving a chocolate bribe when our three-year-old son really refuses any medication. It was working well until about two months ago when he vomited up this brown goo all over our brand-new sofa. Chocolate sick and a baby blue three-piece really don’t work well together! What was I thinking?

With a very high temp on holiday last year, we had to resort to suppositories. It was seriously horrendous. I had to hold him down while he thrashed and he kept squeezing it out. After my fifth attempt, it finally worked. But the poor boy was terrified every time I changed his nappy for three days after that - he squeezed his bum and held his breath. Bless him!

What are your tricks you've used to get your child to take their medicine?

This content was created with thanks to our sponsor Dymadon.

Dymadon is great tasting oral liquid paracetamol for temporary pain and fever relief for babies and kids. It's suitable for babies from 1 month old. Ask for it by name at your local pharmacy.

ALWAYS READ THE LABEL. USE ONLY AS DIRECTED. INCORRECT USE COULD BE HARMFUL, IF SYMPTOMS PERSIST, CONSULT YOUR HEALTH PROFESSIONAL.