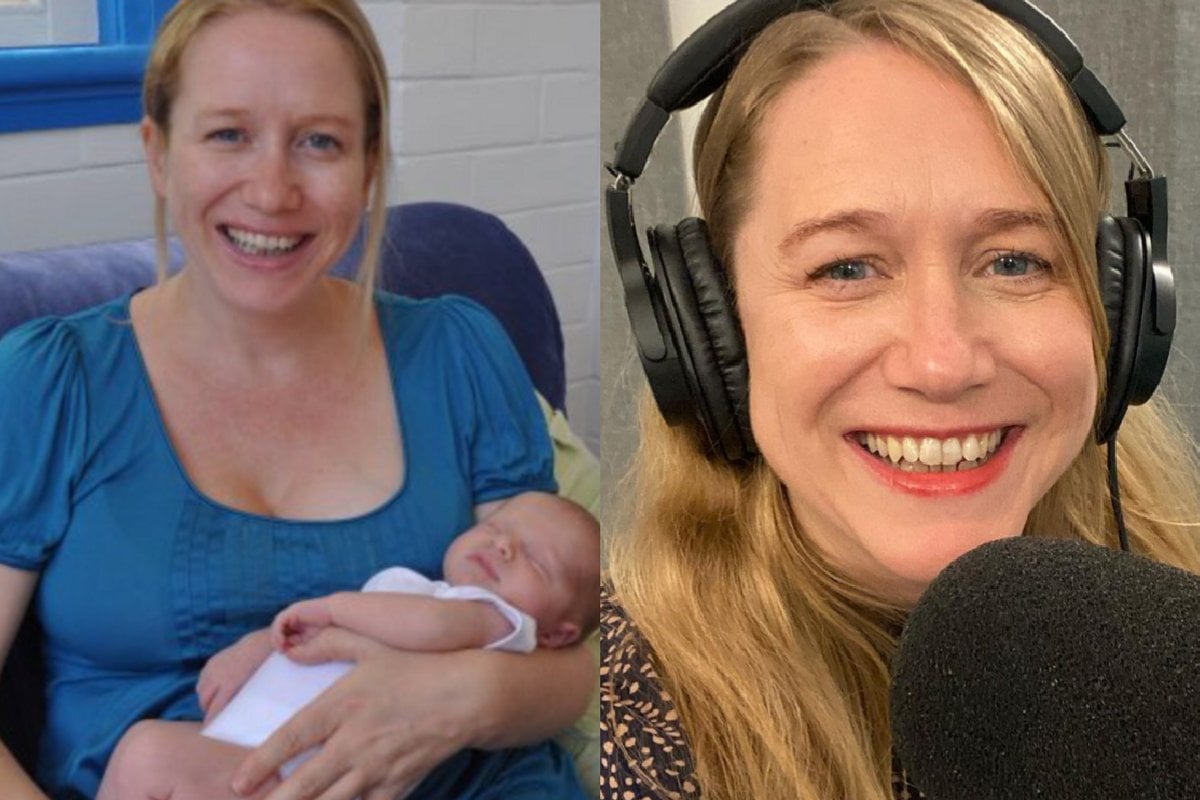 I was sitting across the table from one of the most impressive and talented women I have ever worked with.

She prides herself on a work ethic that matches her talent, an unflappable nature, a list-ticking level of organisation that intimidates those of us who are a bit more... free form, and a passion for what she does that has seen her build a career to a respected, enviable height.

She looked at me the way a dog looks at the boot that kicked it.

"Why didn't you tell me it was this f***ing difficult?"

Oh. I thought I did.

My brilliant colleague had just come back to work after having her first child. Part time. Her almost-toddler was in daycare on the days she was working.

The first years of that transition are brutal.

Every phase of parenting has its own peculiar hells.

The all-consuming terror of those first days at home with a newborn, where the weight of what you've just done - made yourself literally responsible for the survival of what you love most in the world - settles on you like a lead jacket.

The waves of anxiety that buffer you as you deal with milestone culture and endless imposter syndrome. Every other mother seeming to know what to do. Every other kid is sleeping/eating/rolling/crawling on the schedule spelled out in that bloody parenting app, while yours seems stubbornly unaware of the timeline.

School choices, phone dilemmas, friendship meltdowns... They keep coming. And any parent of a teenager will tell you that the toddler years were child's play (I'm sorry).

But there's a particular trauma to that moment when you go back to the job you did before everything in your universe tilted and your "old life" crashes into your "new life".

It's a reality perfectly expressed by another very excellent colleague of mine, Nicolle Stuart, in this story: The unspoken truth about sick kids and childcare.

"I now have a brand new perspective on why so many mums have extended breaks from the workforce.

"Kids are out of daycare more than they are in, your bills have never been higher thanks to the exorbitant fees, and it's likely your hours have been reduced so you can balance them with your family life.

"Before you know it you’ve rescheduled a meeting with your boss more times than you can count, and you spend your days apologising for missing this meeting and that deadline.

"As soon as the kids are in bed, you spend hours on your laptop, constantly playing catch up, trying to get ahead."

Before she wrote this, Nicolle had asked me how I'd done it. How anyone does it, this particular part of parenting where you're being pulled in two directions by what feels like equal force, and leaving what feels like the worst of yourself on both sides.

And I realised - maybe I didn't tell you. Maybe none of us tell anyone, except for other women in the exact same situation and the exact same moment. Maybe admitting we're not coping with this apparently aspirational moment in time feels like a failure? Maybe it feels shameful?

Aren't "modern women" meant to be able to handle all this without breaking a sweat (apart from at spin class, of course, which you're fitting in somewhere, because you 'have to make time for your health').

Listen to Holly Wainwright on This Glorious Mess: Big Kids. Post continues below.

Did I tell anyone:

About the times I was hiding breast milk in the office fridge in brown paper bags because I knew the rest of the office would find it entirely gross?

Or that I was getting that breast milk by pumping at high-speed in an unlocked office while working, eating and praying that no-one would walk in (and they did)?

The time I was so sleep-deprived I couldn't remember how to turn on the kettle, so I just stood there, staring at it, until I burst into tears.

The time I fell asleep in a client meeting? (Micro-nap, a colleague's quick swift kick to the shin woke me up.)

The time my infant son was having terrible gut issues and the prescribed antibiotics were so expensive we had to wait for payday to buy them but I was too proud to ask for help and I spent two days in tears, massaging his swollen tummy?

The many, many times I was late to pickup and sat in traffic - sometimes in a car, sometimes on a bus - with so much rising anxiety travelling from my stomach to my throat I couldn't swallow?

The even more times I would lose my train of thought in meetings, be suddenly asked what I thought of a particular problem, and I worked out if I just said, "yes", most of the time people got what they wanted and moved on?

Did I tell anyone about all the times I've had to pass up an opportunity I was craving and my ego took a dent, and another, as the project got handed to someone else?

None of this list is to play "poor me" - I am beyond lucky, and privileged. I work in a career I love, and I (now) work for people who understand all this push-pull more than most.

It's just to say, it is hard. It's as hard as my colleague was finding it. It's all absolutely true.

But you know what else is true?

And suddenly you look up and those early days of child care drop-offs and pumping disasters are a million miles away.

And your career, your job, has shifted. It's grown, or shrunk, or just shuffled into another slot on your priority list. It's changed. And so have you.

And you're so thankful to have this life that is so full to bursting. A world at home and a world away from it.

And you did that.

And it was hard.

But it was worth it.

And then the phone flashes up the school number, and... Here we go again.

By the way, my talented colleague who thought that mothers can't work?

She still thinks that. But every day, there she is. Doing the impossible. And being incredible at it.

Read more from Holly below:

HOLLY WAINWRIGHT: My daughter is busy changing her face. She's 11.

HOLLY WAINWRIGHT: Every parent has a list of "Never Will I Evers". This is mine.

HOLLY WAINWRIGHT: I let my partner take care of our son's birthday party. Here's what happened.

Reply
Upvote
I’m a mum to gorgeous 21 month old twins, and feel so lucky to have been able to have time at home (with a few sacrifices!) but am looking to return to work part time in July. I am terrified, I look at my days now, and my sleepless nights and think-how do all these women (and men) do it?
This was spot on Holly, and helped me in a way to brace myself for the next few years, but also to know to be kinder to myself. I won’t get it all done, but will do my best.

Reply
Upvote
3 upvotes
This article terrifies me. As someone in their mid-30’s already anxious about pregnancy, childbirth, and raising children, this feels like getting more than a glimpse of the harsh reality that is parenting— it feels like a slap in the face wake up call. Is it really worth it? The career? Or the children? Or is this just what women tell themselves to quietly affirm their decisions that are too late to undo? I’m so confused. Reading sentiments like these make me dread motherhood more than look forward to it.

Reply
Upvote
2 upvotes
@lize I think that is just it - you have to figure out for yourself whether it will be worth it for you and if you really want your life to change and be flexible around that.
My toddler is currently snuggled up in bed with me and it is the best. I love being a mother, and although I can totally relate to the above article,  for me personally it is the best thing I have ever done and my pre baby life is just a sweet memory.
Other people would not agree or might have regrets, or wish for their ‘old life’ back or wish things were easier. Everyone is different and it is hard - but only you can look at your own life and your circumstances and values, and decide whether it is going to be right for you.
News
General
Opinion
True Crime
Politics
Sport
Explainer
Entertainment
Celebrity
Reality TV
Movies
TV
Books
Rogue
Royal
Lifestyle
Beauty
Fashion
Weddings
Home
Wellness
Health
Fitness
Travel
Food
Parents
Before The Bump
Pregnancy
Baby
Kids
Teens
School
Parent Opinion
Work & Money
Money
Finance
Career
Lady Startup
Relationships
Sex
Dating
Separation
Friendship
Family
Real Life
Couples