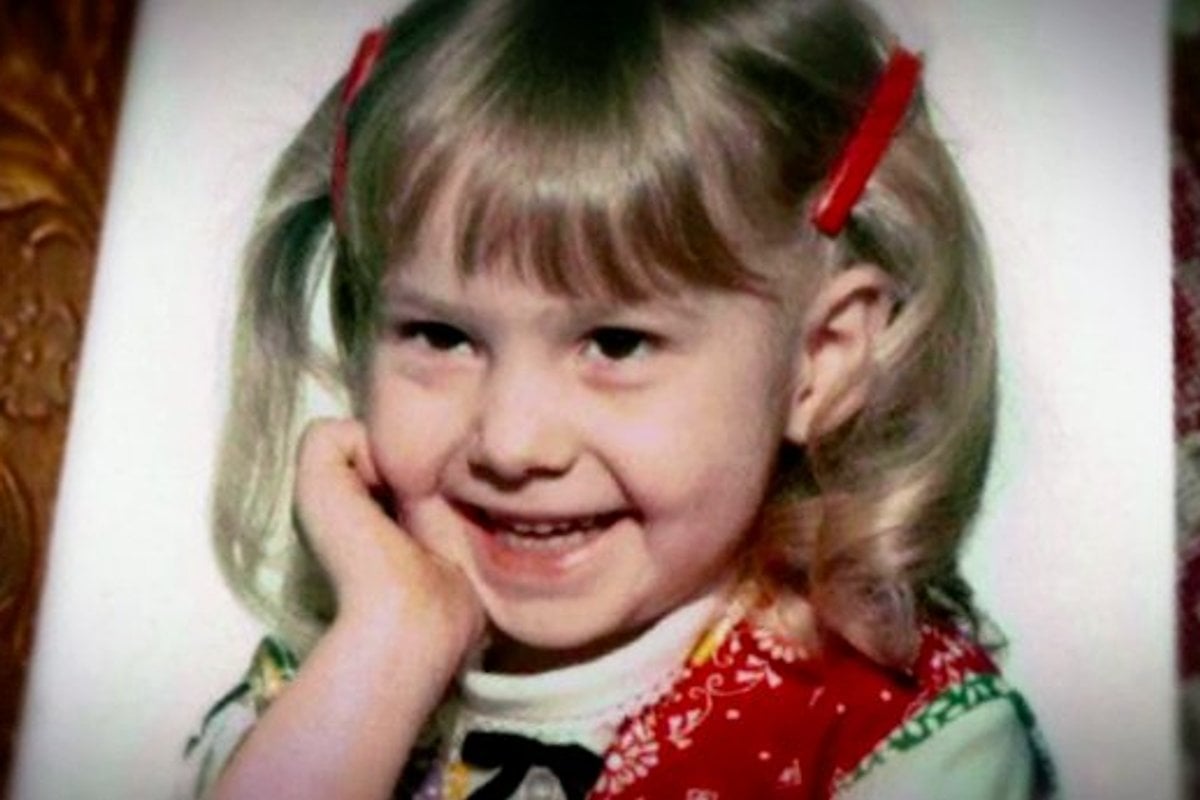 Heidi Jones-Asay was just four years old when she woke up to find her mother dead, in a pool of blood, in the living room. But the memory of that morning – July 30, 1970 – is still clear in her mind.

"When I got up, I looked through the keyhole into the front room and when I opened the door, there was blood everywhere," Jones-Asay told Exhumed. "It was my mum's lifeless body."

The little girl ran out of the house, in the small Utah town of Price, and saw a boy on his front lawn.

"I think my mummy is dead," she told him.

The police were called to the crime scene. Loretta Jones had been raped, and she had been stabbed 17 times, including 14 times in her back. Her throat had been cut. But she had almost no defensive wounds, and her daughter hadn’t heard her screaming during the attack.

It seemed that she had stayed quiet because she was afraid that if she woke her daughter, the little girl might come running out and be attacked herself.

Jones was 23 when she died. The single mum and her only child had been close.

"We played games together," Jones-Asay later told the Deseret News. "We went and got ice cream together."

The little girl went to live with her grandmother. She started talking about a man called Tom, who was her mum’s friend. She said she’d heard Tom say he was going to kill her mother.

"Tom is going to come get me," she told her grandmother.

The grandmother told police. They read Jones’ diaries and found she had dated a man called Tom Egley for a couple of months. Egley was a drifter who lived in a nearby town, Helper, with his pregnant girlfriend. When questioned by police, Egley denied murdering Jones. The owner of a bar in Helper said she’d seen him late on the night of the murder, and he’d had red spots on his shirt.

The same night that Jones was murdered, just an hour earlier, a 10-year-old girl living nearby, Lori Kulow Fennel, had been riding her bike in the street when a man had grabbed her from behind and put his hand over her mouth. She’d spat her bubblegum into his hand, he’d let go, and she’d managed to escape.

Police put Egley into a lineup, and the girl picked him out.

"They said, 'Is this the guy?' I felt like I was about to throw up," Fennel told Exhumed.

Egley was charged over the attempted kidnapping of the young girl. He was also charged with Jones' murder. But several months later, a judge said there was not enough evidence to order him to stand trial. Soon afterwards, he left Utah, starting a new life in Colorado.

Jones-Asay grew up with her grandmother. She held onto memories of her mum: that she loved music, that she wore a shade of lipstick called Pony Pink, that she was beautiful and tall and smelled good.

She remained convinced that Egley had killed her mum.

"I knew who did it all along," she told City Weekly. "But I just couldn't get anyone to listen to me, to reopen the case."

As an adult, she left Utah. But then she returned, with her mum still on her mind.

In 2009, she ran into an old high school classmate, Dave Brewer, at the Helper arts festival. Once she found out he was now Sheriff’s Sergeant Brewer, she asked him to look into her mum’s murder.

By the time Brewer re-opened the case, it had been nearly 40 years since the crime. Police records had been lost.

Then Jones-Asay remembered something. One of her family members had, bizarrely, taken a photo of her standing in the living room, while the floor was still covered with her mother’s blood.

The photo had been in the family album for years until she had asked her grandmother to take it out. Her grandmother was able to remember where she’d put it, and handed it over.

"That picture kind of set me back a little, because why are they taking a picture of her where her mum died?" Brewer said. "But this picture is the only crime scene photo we have."

Brewer began investigating, going on information he found in old newspaper articles. When he spoke to the woman who’d been Egley’s girlfriend at the time, she dropped a bombshell: Egley had come home very late that night and had taken a bath with all his clothes on.

The next morning, he’d gone to the laundromat, and when he came back, he was missing several items of clothing.

Brewer wanted to exhume Jones' body, but her mother was against the idea. It was only after she died that the exhumation went ahead. Unfortunately, the body was so badly damaged by water that it produced no useful evidence.

But the exhumation turned out to be worthwhile. When the news of it was reported in the media, Brewer was contacted by a woman named Linda, who was a friend of Jones family. She said Jones had written the killer’s name in her blood, in the living room where she was murdered.

Brewer enlarged the photo Jones-Asay had given him and could clearly see two letters written in blood: T and O.

The police got another call from a woman, Lisa Carter, who was Egley’s current neighbour. She said Egley had asked her how long DNA evidence lasted. Carter had a series of conversations with Egley, where he eventually confessed to killing Jones. Carter convinced him to tell police,.

"I didn't even have to ask him a question," Brewer told City Weekly. "He began the story and then everything just flowed after that."

According to police charges, Egley had gone to Jones' house for sex, and when she turned him down, he had stabbed her.

Egley was arrested in August 2016. It was seven years to the day that Jones-Asay had run into Brewer. That night, the two of them went out again, to the same festival.

By the time Egley appeared in court, he was 76.

"I expected a monster, but he was just an old man," Jones-Asay said.

He seemed surprised that he was being charged.

"I don't understand why they are going back to [something that happened] in 1970, 46 years ago," he told the judge.

Egley was sentenced to 10 years to life in prison. Jones-Asay got to speak in court.

"My mum was my hero that terrible night," she said. "She never screamed nor made a sound. She did everything she had to, to prevent me from coming out of my room."

She said Egley had taken her mother from her. "My mum was not there for any milestones in my life. I missed out on every mummy-daughter moment."

Jones-Asay got married a few years ago, and lives not far from the house where she lived with her mum. She told the Salt Lake Tribune that she still has her mum’s stereo.

"I'm doing everything to keep my mum's memory alive and her love around me."

She now devotes her time to helping other people whose family members have been victims of crime and who haven’t had resolution.

"If somebody’s hurting and somebody needs a little hope, I’m going to be there for whoever that may be," she told the Deseret News. "Maybe a little justice for Loretta Jones will help other people in other ways."