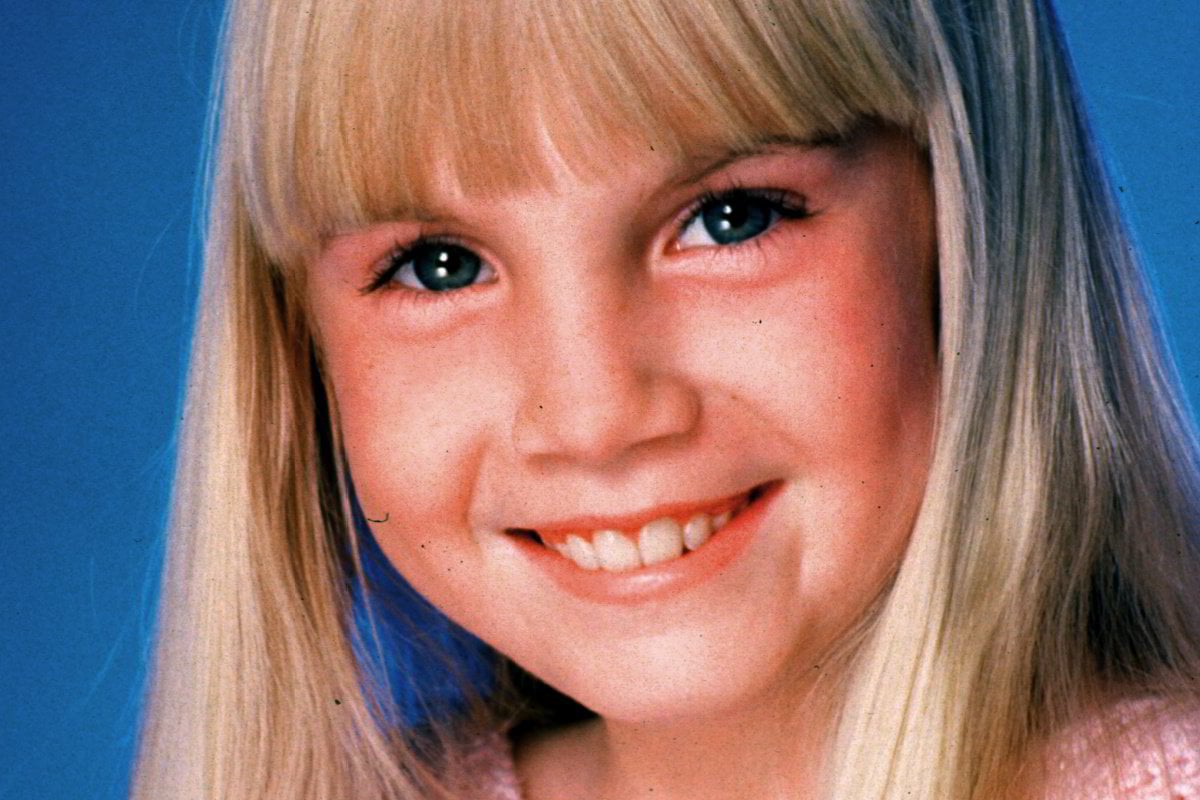 As an angelic little blonde girl in 1982, Heather O’Rourke spoke one of the most famous horror movie lines ever: “They’re here.”

The movie was the mega hit Poltergeist. Heather would go on to star as Carol Anne in the sequel, where she declared, “They’re back.” But in 1988, at the age of 12, before Poltergeist III came out, Heather died in mysterious circumstances.

Heather had a classic Hollywood story of being discovered. She was eating lunch with her mum Kathleen, while waiting for her older sister Tammy, who was a dancer in the movie Pennies From Heaven. Steven Spielberg, who was looking for a “beatific” four-year-old to star in his upcoming horror movie Poltergeist, spotted her. He asked her into his office, and tested her acting ability.

“He wanted me to be afraid of this pink fish and this purple pig and all that,” Heather later explained.

The next day, Heather was signed on to star in Poltergeist, scoring the role over Drew Barrymore. The movie is about a couple with three children who move into a house inhabited by spirits. The youngest child, Carol Anne, can hear the spirits through the TV set. She is sucked into a portal to another dimension, but later rescued.

Oliver Robbins, who played Carol Anne’s brother Robbie, says he and Heather were like “brother and sister” on set.

“She was precocious and a very intelligent girl for someone who was only five years old,” he told Daily Mail Online in 2015.

Following the massive success of Poltergeist, Heather was offered other roles, guest-starring in classic '80s shows Webster and CHiPs and scoring an ongoing role in Happy Days as the daughter of Fonzie’s (Henry Winkler) girlfriend. Her manager, Mike Meyer, said she had the ability to memorise a 60-page script in an hour. Heather’s earnings meant that her family could move from a trailer park to a three-bedroom house in the woods in Big Bear, California.

Poltergeist II came out in 1986. It was in 1987 that Heather started getting sick. After numerous trips to the doctor, she was told she had the parasite giardia, probably picked up from the well water at her house in the woods. She was treated for that, but later diagnosed with Crohn’s disease and put on cortisone. It gave her a “chipmunk cheeks” look that she was self-conscious about. 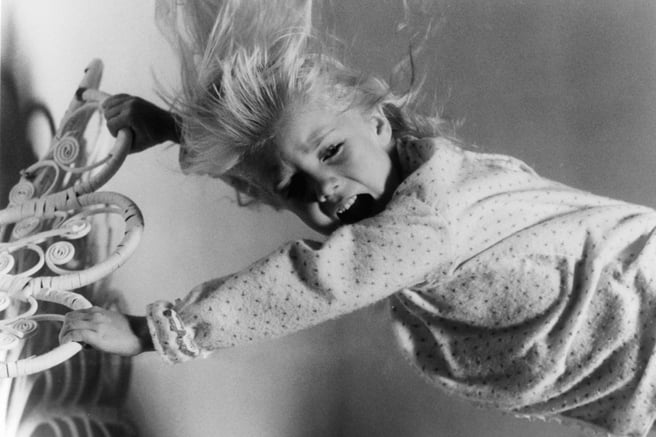 Heather in Poltergeist. Image: Getty. “I think it was after the first or second day of shooting, she came up to me and said, ‘You know what, Gary? I really like the way you direct. And I’m going to be a director when I grow up. So I would like to study how you work.’”

Once Heather had finished shooting, the family went on a road trip to Disney World. Kathleen described it as “the vacation of a lifetime”.

On February 1, 1988, Heather woke up feeling unwell but insisted she wanted to go to school. Her symptoms worsened. She couldn’t swallow, her fingers and toes started turning blue and her breathing became heavy and fast. She collapsed on the floor, and Kathleen called an ambulance. She was in septic shock.

Those were the last words she spoke. She suffered cardiac arrest in the ambulance. At the hospital, doctors resuscitated her, but she had suffered brain damage. They performed surgery and found she had a bowel obstruction caused by a birth defect, rather than Crohn’s disease. But it was too late to save her. She was pronounced dead that afternoon.

Dr Daniel Hollander, head of gastroenterology at the University of California medical centre, told AP that Heather’s death was “distinctly unusual” because she hadn’t shown prior symptoms of the bowel defect.

“I would have expected a lot of [digestive] difficulties throughout her life and not just to have developed all of a sudden,” he explained.

“It just doesn’t seem to quite make sense,” he said.

Heather’s funeral was held three days later. Her Poltergeist and Happy Days co-stars attended. Reverend Dennis Estill told the mourners there were two things Heather had wanted in her life.

“Heather gave me these for Christmas,” Kathleen told People. “She used to tell her friends that I was her best friend and not just her mum.”

Kathleen said after Heather’s death she had to force herself to get up and to eat.

“I couldn’t cook in the kitchen anymore. Heather loved pies, cakes and cookies, and I used to make them for her. In the beginning I didn’t know if I was going to make it. I thought, ‘Why go on?’”

In May that year, Kathleen filed a wrongful death suit, claiming that Heather would still be alive if she had not been misdiagnosed.

Meanwhile, Sherman had been planning to re-shoot the ending of Poltergeist III. But without Heather, he felt her couldn’t – and he didn’t want to, anyway.

“I can’t go back into the cutting room or watch this film with this dead 11-year-old in it,” he remembers thinking.

But he tells Cursed Films that he had to.

“Afterwards, the board at MGM just said to us, ‘You’re going to finish the film. We’ve got a lot of money invested in the film.’”

He had to come up with an ending that didn’t involve Heather.

“So we came up with the idea for the stupid ending that’s on the film now and used a double for Heather. That was the creepiest thing I’ve ever gone through in my life.”

The rumours that the Poltergeist films were cursed had started long before Heather’s death. Dominique Dunne, the 22-year-old actress who played Carol Anne’s older sister Dana, was strangled by her ex-boyfriend in her driveway just months after Poltergeist was released. She never regained consciousness and died five days later.

Two stars of Poltergeist II passed away not long after they finished shooting. Julian Beck, who played Kane, died of cancer before the film was released, while Will Sampson, who played Taylor, died of post-operative kidney failure the following year.

When Heather died, the rumours went into overdrive. Someone came up with the theory that the curse was caused by real skeletons having been used in the making of Poltergeist, and that theory took off.

Craig Reardon, the makeup special effects artist for Poltergeist, tells Cursed Films that this is “conceptually ridiculous” and “personally offensive”. He says human skeletons have been used in movies for years.

“The idea of having a few of them on the set of Poltergeist and killing two lovely young girls is a pretty pernicious idea,” he says. “It’s an insult to the memory of a very sweet little girl, Heather O’Rourke, and it’s worse that than to Dominique Dunne, who was strangled to death by her [ex-] boyfriend, which had f—k-all to do with a skeleton.”