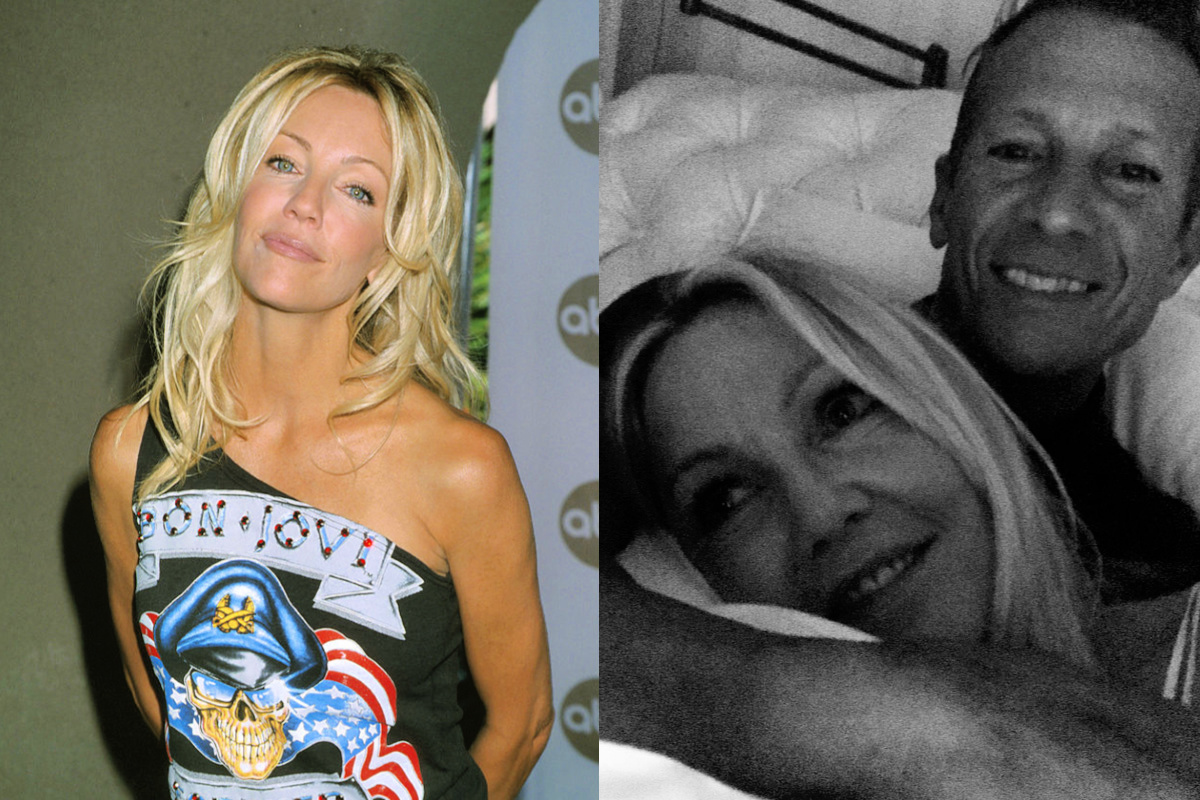 Content warning: This article contains mentions of domestic violence that some readers may find triggering.

Back in the late 80s and early 90s, Heather Locklear’s blinding smile and blonde hair were at the centre of Hollywood and the small screen, her all-American charm helping her to carve a career in an industry notoriously hard to crack.

But off-screen, the now-58-year-old actress' private life has been a turbulent one.

WATCH: Here are a bunch of celebrities we forgot dated! Post continues after video.

In June 2020, US Weekly and People confirmed Locklear is engaged to her long-term, on-again-off-again partner Chris Heisser.

A source close to the family told People, "They are really happy together. [Locklear's] family, her parents, her siblings, and her daughter are all supporting her and excited for her.

"She's strong and clear-headed. It's really amazing to see how she managed to turn things around."

Photos obtained by the Daily Mail show the actress wearing a diamond ring on her left hand, two months after celebrating one year of sobriety on Instagram in April.

The couple first met as teenagers, becoming high school sweethearts in the 70s. Locklear and Heisser, 58, reunited in 2017 before splitting after a string of arrests and allegations regarding their 'toxic' relationship.

However, Locklear's highly-publicised struggles with personal demons, and the law, have been going on for more than a decade.

So how did the Hollywood star go from a point of glittering fame, to one where her mug shot was brandished across international news sites with allegations of domestic violence shrouding her reputation?

Over the last three decades, Heather Locklear's name has appeared in an almost cyclical bunch of headlines involving her battle with mental health, her turbulent — and, at times violent — love life and various driving incidents.

On May 10, 1986, about a year after they first met, a then 24-year-old Locklear married 23-year-old drummer Tommy Lee when he was at the height of his fame as part of Motley Crew.

"I've only thought of getting married once," Locklear told People after the wedding. "I plan for this one to last." 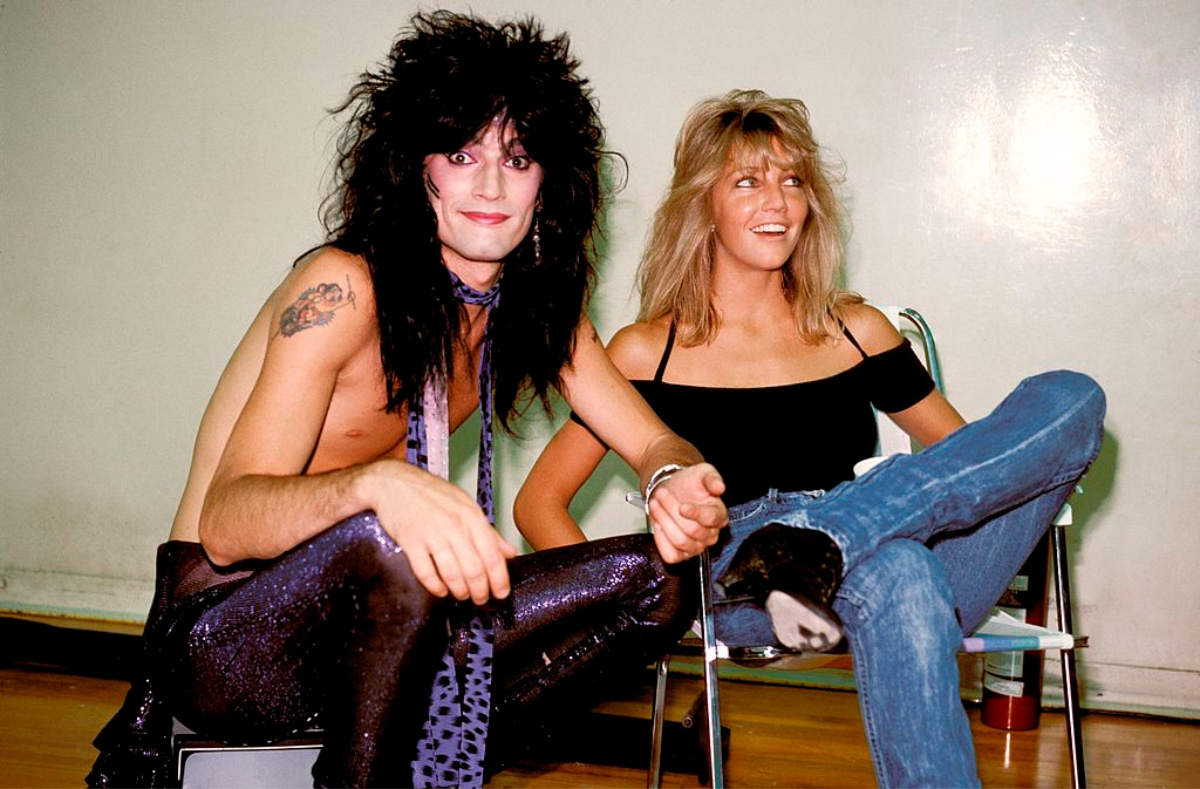 “After 11 years of marriage Heather Locklear has filed for divorce from Richie Sambora,” the actress’ rep, Cece Yorke, told People at the time.

“This is a private matter and there will be no further comment at this time.” 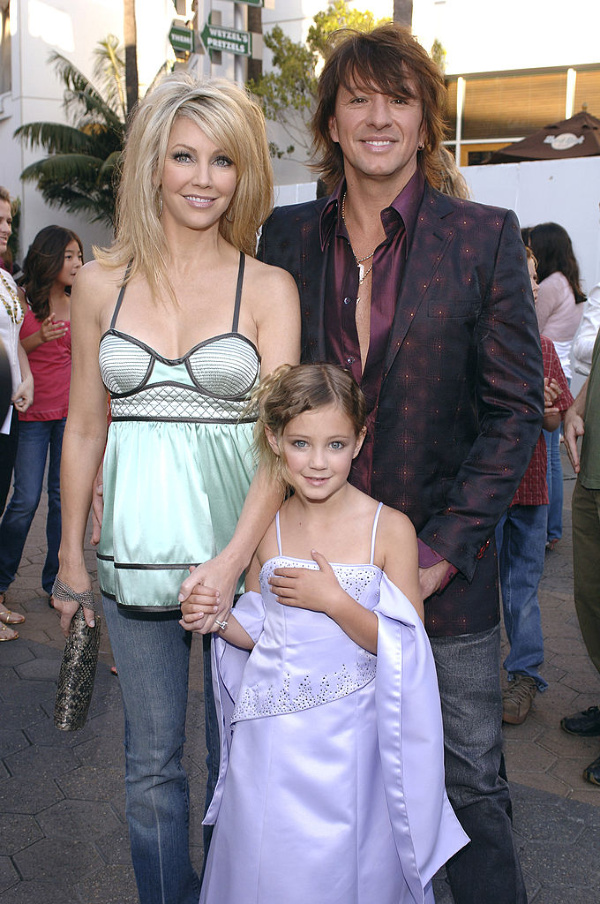 Sambora went on to date Locklear's close friend, Denise Richards, breaking up their friendship, with Richards telling People there was no other option than for their friendship to end.

"Unfortunately our friendship had to dissolve and I'm sad about that."

In 2008, Locklear's rep confirmed she had been admitted to rehab after battling "anxiety and depression".

Later that year, she was charged with driving under the influence of drugs in Santa Barbara. The actress pleaded no contest and the charge was later dismissed.

Two years later, Locklear's driving got her into trouble once more, when she was arrested after a hit-and-run involving a parking sign. She was never prosecuted over the incident.

At the end of 2011, Locklear and former Melrose Place co-star Jack Wagner ended their three-month engagement, amid news of a physical altercation in December that year.

“There was some sort of physical altercation back in December. A police report was generated and forwarded to our office for review,” City Attorney spokesman Frank Mateljan told The New York Daily News in January 2012.

Weeks later, the actress was admitted to hospital after taking a dangerous mix of prescription drugs and alcohol, TMZ reported.

And then, in 2017, unable to overcome some issues she had been working for years to overcome, Locklear told People she had re-entered rehab to "tie up some loose ends".

“I am feeling great and am taking steps to enrich and better my life.

“Currently I am working on tying up some loose ends regarding certain issues so I can hit 2017 full steam ahead.”

The same year, she was hospitalised once again and treated for minor injuries after a collision. Law enforcement told Entertainment Tonight "drugs and/or alcohol were not a factor".

In February 2018, Locklear was arrested on suspicion of domestic violence in her California home. At the time, she and her now-fiancé Heisser were together.

Authorities did not initially release Heisser's name, but added Locklear was “kicking and pushing” deputies. No domestic battery charges were filed against her. She claimed in a search warrant obtained by US Weekly that Heisser had choked her, which allegedly “stopped her from breathing.” The former motocross rider denied Locklear's allegations, and was also never charged.

In June 2018, Locklear was arrested again for allegedly kicking first respondents, as reported by CNN. Just a month later, Heisser pleaded guilty to DUI. He was sentenced to 36 months of probation, a $2,377 fine and a nine-month DUI program.

After the two 2018 incidents, Locklear was placed on an involuntary psychiatric hold in November for two weeks. She and Heisser split in January 2019, and in May of that year, she checked herself back into rehab.

In August 2019, Locklear pleaded no contest to multiple charges of battery on law enforcement personnel who responded to the 2018 domestic disturbance calls at her home.

She faced five counts of battery on a law enforcement officer, one count of battery on emergency personnel and two counts of resisting, obstructing or delaying a peace officer, the Ventura County District Attorney’s Office said in a statement at the time.

She was sentenced to 120 days in jail, but instead completed a 30-day stint in a residential treatment program.

Now, sources close to Locklear say she is doing well, and spending most of her time cooking and gardening at home.

"She cooks for herself, Ava and her parents," a source told People.

Locklear's 22-year-old daughter Ava recently graduated from Loyola Marymount University with a B.A. in Psychology and a minor in Women’s and Gender Studies.

Judging by Locklear's Instagram, she is happy focusing on her sobriety, her relationship with Heisser, her daughter, and an adorable white fluffy dog.