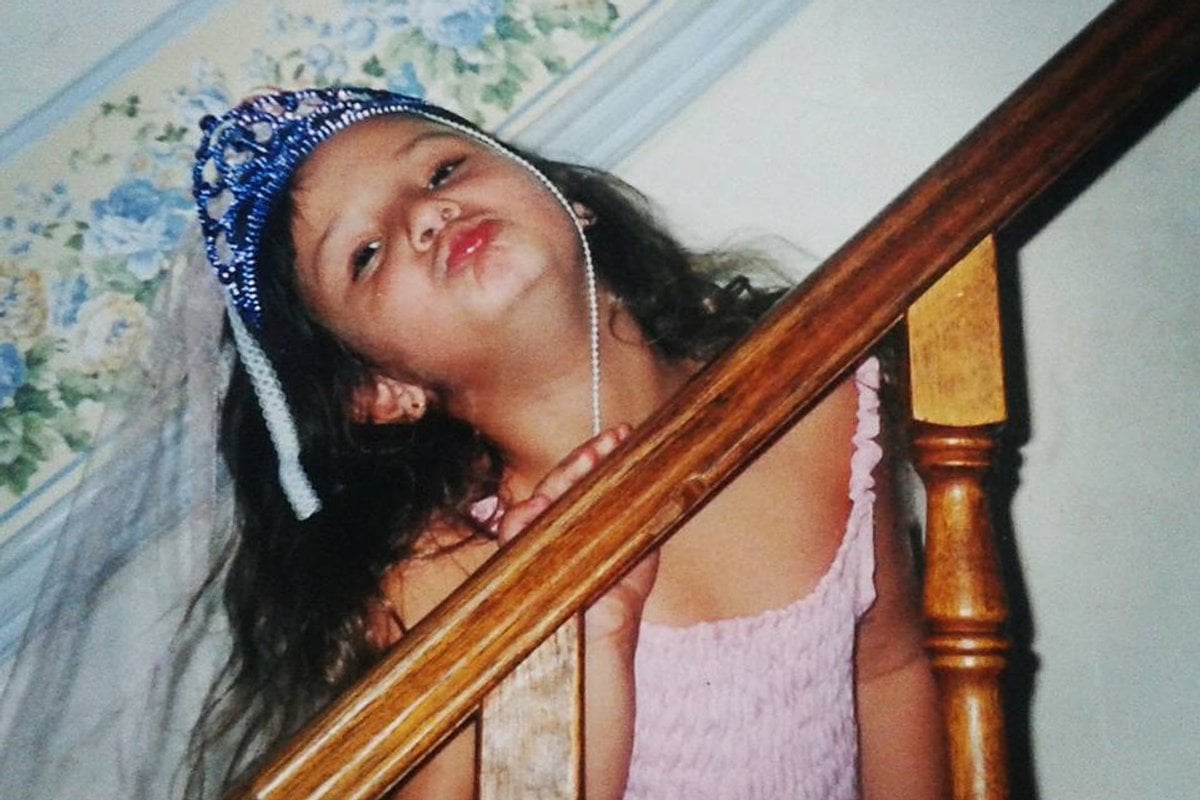 When Lizzie* died, it rattled me to my core.

She was such a vibrant, creative and free-spirited young woman and at merely 20 years old, everyone around her believed that she was just scratching the surface of her wonderful life. Instead, her untimely and unexpected death abruptly splintered our lives in the most jolting way.

As a child, Lizzie was a kind, smart, energetic little girl. She was alert, mischievous, active, and excitable and together we were always up to no good.

Side note: Here are the horoscopes and self-care. Post continues below.

We shared our childhood as sisters would. We laughed as hard as we fought and made up moments later only to repeat the cycle over and over.

I don’t remember my life without Lizzie because we were born into our friendship by virtue of strong family ties.

We had drifted apart in our adolescence, but having spent so much of our young lives together, her death left me feeling overwhelmed with heartbreak.

At first, I was tormented by the regret of allowing our friendship to drift apart and overcome by all of the unanswered questions.

I felt such fury, that something so abhorrently cruel and unfair could happen to someone so undeserving.

For months, I would lay awake at night revisiting old memories, asking myself 'what if' a million times over.

There were days when I would succumb to the mental suffering, only to find myself submerged in an agonising sea of grief that was impossible to escape without drowning in regret. Other times, the reminders of love and loss were just like sharp shards of ice that pierced me when I was off guard and unsuspecting.

But the pain of unrelenting grief for a young and precious life lost is something that has always remained within me, like a dark cool pool beneath a weeping willow, impervious to the rushing of the river just a stone’s throw away.

As I watched all of the old home videos that documented the important moments in my early life, I saw Lizzie in so many of them.

The photo albums were brimming with snapshots that captured many precious moments in time and were littered with adorable images of us on school excursions, at Christmas parties, playing in the bathtub as infants and experimenting with fashion during our many 'dress ups'. 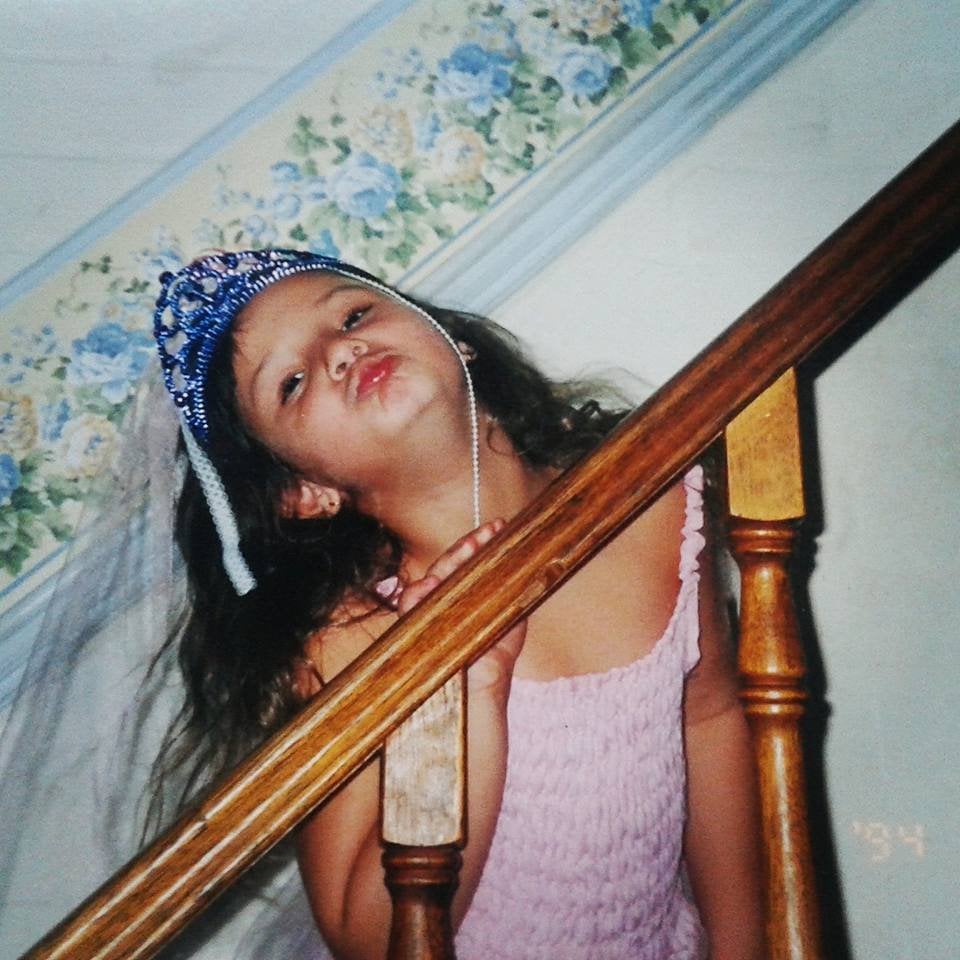 Me (pictured) and Lizzie were childhood friends. Image: Supplied. The film provided a chronicle of our short story that could never be put into words: It documented the time that we dressed up as Beyoncé and Avril Lavigne for my 10th birthday party and the many sleepovers, playdates, and reminders that by the ripe old age of five, we already had grand ambitions of being a modern-day Destiny’s Child duo.

But one day, we lost touch.

As the years passed by, we found ourselves growing from little girls into young women. And as our lives inevitably took their courses and we grew up, we also grew apart, leaving behind the warmth of our young friendship and kindred souls.

As the years passed by, I bumped into Lizzie sporadically and heard of all of her triumphs and exciting journeys.

I had always been thrilled to hear of her successes.

But the day I found out Lizzie was in the ICU fighting for her life, it was as though all the years melted away and all of the cherished memories we shared flashed before my eyes.

I cried a lot that night, as everything came rushing back to me. I prayed and hoped from the bottom of my heart that she would get well. I realised that I had missed her, through all the years that had passed as we orbited each other’s circles after but never fully infiltrated each other’s lives.

Several days later, after what felt like a lifetime of long and sleepless nights, we got the information that we had all been dreading: Lizzie had passed away.

The news hit everyone like a tonne of bricks. The cruel outcome rippled through the lives of all the people she had ever known, leaving behind an intricate and tragic cobweb of devastation that moved like smoke up a highway.

It was as though things had changed overnight. One day, my friendship with Lizzie was a distant recollection and the next, it was an omnipresence in my daily life in the face of her deeply tragic death.

Now she was gone, and nothing could change that.

None of it made any sense until I finally accepted that albeit from a distance for some time, Lizzie had been with by my side since the beginning of our lives.

I was forced to reevaluate the world because I had never known it without her.

Her abrupt departure had left me struggling with a strange and convoluted cocktail of emotions. I had lost my childhood partner in crime, the only other person who knew of our mischief, secrets, and plans.

But beyond this, a family that had been present in my life since I was born had lost their daughter and sister, and I felt such profound sadness for them all.

And most heartbreakingly of all, a beautiful, vibrant, and talented young woman brimming with potential and just starting out in life, had been ruthlessly robbed of the opportunity to fill the world with all that she was, and could have become.

Lizzie's funeral was a terribly painful testament to the love and fond memories that she had filled so many lives with.

I could see the heartache and agony in her family’s eyes, but I could never even begin to imagine what they were feeling in that moment.

That day, her closest friends spoke of her with such love and admiration; They explained that she was a brilliant, compassionate, and thoughtful soul with a unique understanding of the world and an open, caring heart.

Their recounts of her filled me with both a nostalgia and a deep sadness; I had never gotten to know the wonderful, clever and scintillating young woman that they had adored.

That was another great loss in itself.

While my friendship with Lizzie was one that only lasted the span of our childhood, it took her tragic and untimely passing for me to realise that even if you don’t carry a person with you throughout your life, you will always carry the memories they leave you with.

Lizzie’s impact on my life is like a footprint on the heart, a little memento to highlight the role she played in shaping my journey.

Almost three years on, I still think of Lizzie often.

But the trip down memory lane is often a bumpy and unsettling ride as I am tormented by shattering reminders of the heartbreakingly unjust way that her story ends.

And yet the memories are like a healing balm that soothes the wound of grief. The recollections of laughter and joy console me momentarily. The enchanting sounds of jubilant giggles is a rhythmic melody; sweet music to my ears.

Even though the song has long since ended, the melody lingers on in my day-to-day life.

I am still reduced to tears when I ponder on all the things that Lizzie missed out on; her short life serves as a reminder that tomorrow is not promised.

And perhaps, the rest of my life will be tainted by the painful realisation that someone who was once my best friend has missed out on so much, but this only attests to the fact that she touched me so profoundly that she will eternally be in my heart.

I can only hope that Lizzie would feel the same way. And perhaps, even carried a little piece of me to wherever it is that her next journey will begin. 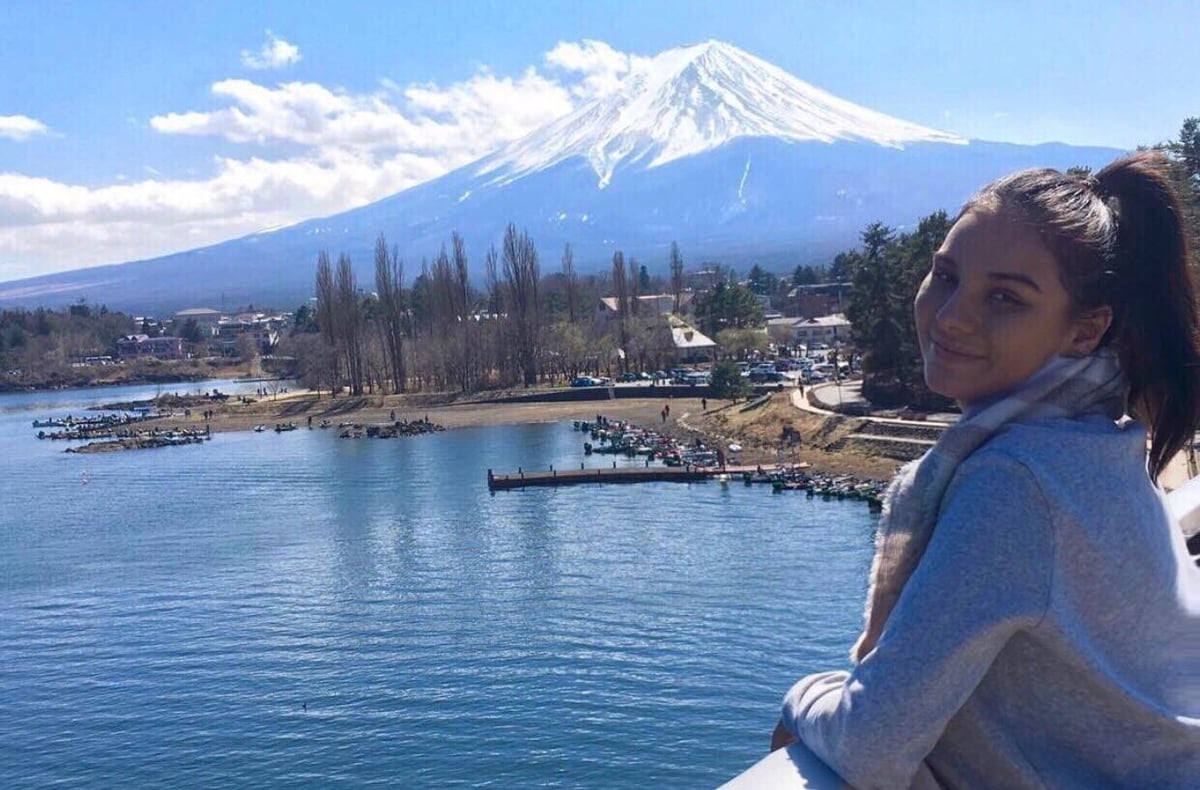 Me now.  Image: Supplied. While the years have slipped away through my fingers, I still experience perplexing feelings of profound regret and deep sadness. But I have learned to manage them so that they no longer overwhelm me in a crashing, raging torrent, sweeping me over the edge of a foaming waterfall.

Grief doesn’t go away. I have finally accepted that. I know now that I will always miss my friend. I will think of her with love, remember her with nostalgic joy. But my journey will continue; often rutted and choppy, sometimes smooth, it sways in a rhythmic action as it inevitably clacks ahead.

The only option I have now is to look forward.

*Out of respect for Lizzie's family, I have not shared any photos of her in this story. Lizzie is not her real name.