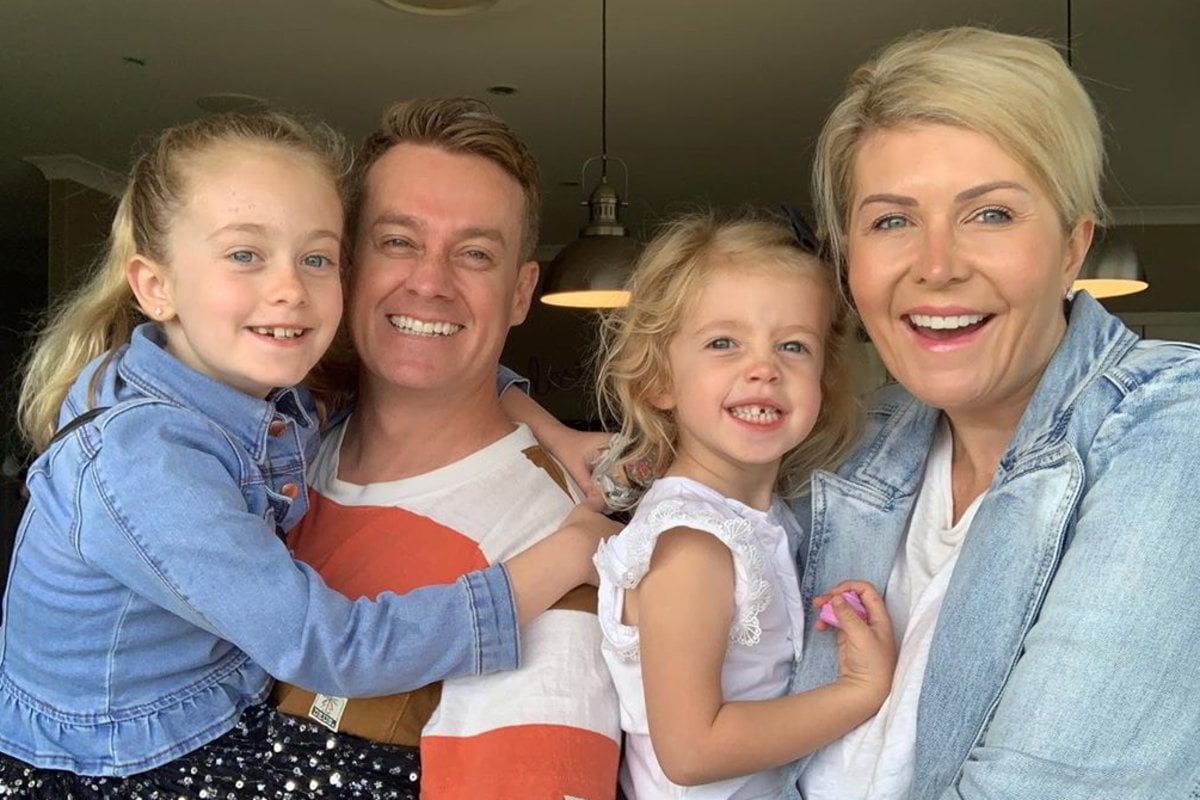 Grant Denyer and his wife Chezzi are expecting their third child together.

The couple shared the news on Tuesday night, sharing a video to Instagram.

"So, we have some news. Our mum is pregnant! And mum's really sick. And she's been resting for days," the couple's two daughters explained.

"It's so exciting that she's got a baby," they added.

"We're so excited to play with it and look after it."

The couple, who share eight-year-old Sailor and four-year-old Scout, announced that their newest family member is due in March 2021.

"We have some exciting news... coming 1st March 2021," Grant shared on Instagram.

Grant and Chezzi were married on Hamilton Island in the Whitsundays in 2010 after meeting while Chezzi was working at Channel Seven in 2007.

Speaking about the time they first met, Grant told Now To Love that he initially clashed with Chezzi because they were so similar.

"She was quite pushy in terms of how she thought I should do things and then I was a smart alec know-it-all who thought I knew better. There was a tug-of-war situation that went on for quite a while until one day, I brushed her hand accidentally and then I just felt this tingle from the top of my head to my toes just come over me," he explained to the publication.

Grant said in that moment he realised he couldn’t "live without this woman".

After getting married in 2010, the couple relocated to the regional city of Bathurst, where they live with their two daughters.

Throughout their relationship, the couple have faced many ups and downs together.

At the time, Chezzi was also dealing with personal health problems.

After the birth of the couple’s first child daughter Sailor in 2011, Chezzi was diagnosed with PTSD, which was brought on by her earlier work as a journalist and the aftermath of Grant’s accident.

After welcoming their first child, Sailor, in 2011, the couple welcomed their second daughter Scout in 2015.