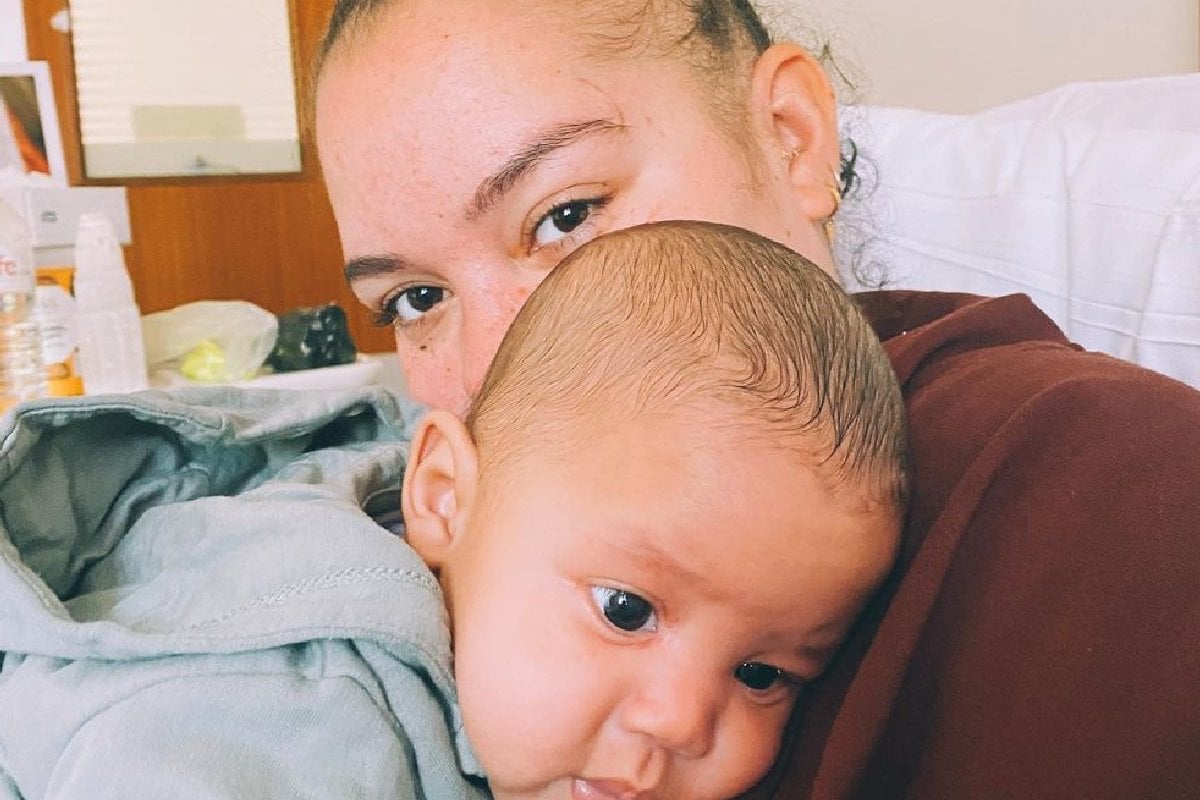 The UK body positivity influencer's 247,000 followers hadn't seen any updates to her page since December 2020, when her family logged into her social media accounts and told them that she had given birth to a baby boy, not due until February, on Christmas Eve.

It was a pregnancy that she'd been keeping them updated on daily. But Grace was also battling COVID-19, they said. She'd caught it a week before she gave birth, and although her symptoms were mild at first, they'd started worsening as the days went on.

"Grace was admitted into intensive care on Christmas Day due to her breathing and therefore they had to make the decision of placing her into an induced coma to give her body the rest it needs in order to recover," the post on December 29 read.

"We love her so, so much and we know she'll come out of this stronger than ever. She has dedicated her whole career to healing people, we now ask that you pray to heal her. Love Grace's family and bubba," it continued.

And so Grace's page; full of fashion hauls and bump videos and selfies with her partner Lee went quiet.

Also known as 'The Internet's Big Sister', the 30-year-old joined YouTube in 2011 and amassed a legion of subscribers who fell in love with her videos about body image and confidence.

Her posts normalised cellulite and living in a bigger body with quips like "never met a thigh I didn’t like," and "can't believe I used to hate you, thanks for keeping me safe."

She'd gone on to write a book called Calm It, which aimed to give insight into learning to process what's going on inside our heads, heal our bodies for the better, and to teach us to love ourselves.

Even though the aforementioned post had stated that Grace was "currently stable" the COVID news coming out of the UK was sobering. On January 6, 2021, England entered yet another lockdown as Christmas was all but cancelled, and hospitals around the country warned that they would run out of capacity within weeks if nothing was done.

That lockdown would last until March. The same month Grace opened her eyes for the first time.

Among the thousands of wellwishers were comments like, "I’m genuinely crying, I have had Grace in my thoughts EVERY single day," and "oh my gosh, the tweet I've been waiting for."

"Baby boy is thriving at home," she quickly followed the update with.

Since waking up, Grace has been sharing photos and insights into her journey in hospital and into first-time motherhood. As her organs started to fail, staff had given her a five per cent chance of surviving COVID-19, but her family kept telling them, "you don't know what she's capable of." Within three weeks of waking up, she went from 100 per cent oxygen on a ventilator to breathing alone.

She has shared the heartbreak of having to say goodbye to her son when he leaves her side to go home, describing healing as feeling like "heartbreak."

It was Grace who asked the doctors to remove her baby two months early, which she was later told saved his life. A few hours after he was born, she was put into the coma.

"I thank God for my intuition," she wrote, on April 1.

On April 19, Grace took her first steps since being put in a coma. She's currently in a rehab centre, and is looking forward to hopefully being discharged in two weeks.

"Just know that when I’m fully recovered I’m celebrating with a party, a luxury holiday and a new designer bag. I have been through hell and I’m still fighting," she told her followers.