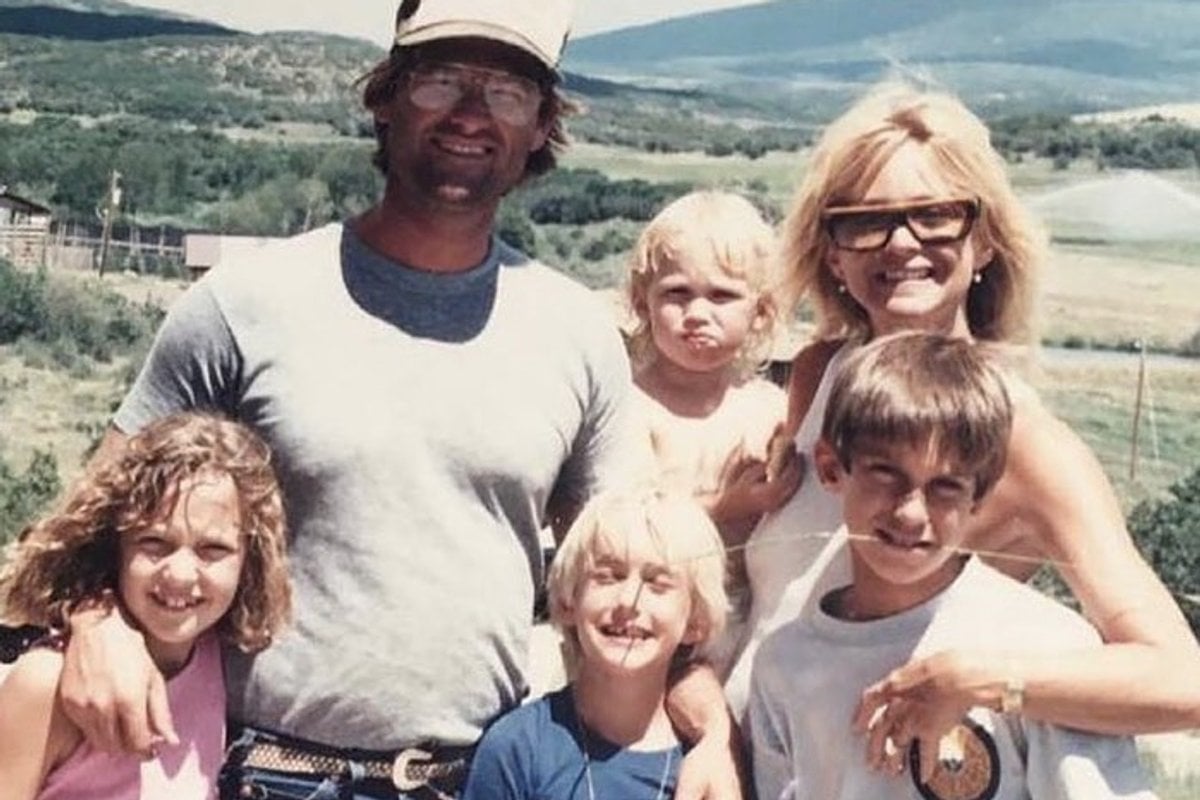 Goldie Hawn and Kurt Russell just got snapped by the paparazzi kissing on a luxury boat in the South of France. Hawn, 75, and Russell, 70, have been together for 38 years.

One of Hollywood’s longest-running love stories shows no sign of ending.

Hawn and Russell first starred opposite each other in 1968, in the Disney musical The One And Only, Genuine, Original, Family Band.

Watch: Goldie Hawn got a little too close to the action during her granddaughter's birth. Post continues below.

Back then, Russell was just 16 and Hawn 21. Russell was a child star who so impressed Walt Disney that Disney’s last words, scrawled on a piece of paper, were, "Kurt Russell".

Meanwhile, Hawn was an It girl of the late 1960s, famous for playing a ditzy blonde in a bikini in the sketch comedy series Laugh-In.

"I thought he was adorable, but he was much too young,” Hawn told BBC Radio 4 about her first impression of Russell.

Hawn married dancer-turned-director Gus Trikonis in 1969, the same year she won an Oscar. Then, in 1976, she divorced Trikonis and married musician Bill Hudson. Hudson claimed that Hawn had a huge appetite for sex.

“We made love everywhere.... airplane bathrooms, rooftops, under the covers in first-class... just any and every place we could find,” he wrote in 2011.

Hawn and Hudson had two kids, Oliver (future star of Nashville and Scream Queens) and Kate (yep, the Kate Hudson).

But by 1982, the couple had divorced. After that, Hudson didn’t play a big part in Oliver and Kate’s lives. On Fathers’ Day 2015, Oliver posted a photo of Hudson on Instagram with the words, “Happy abandonment day.”

As for Russell, he met actress Season Hubley on the set of the movie Elvis, where Russell played the legendary singer and Hubley played his wife Priscilla (and Russell’s dad Bing played Elvis’s dad). Russell and Hubley married in 1979 and had a son, Boston. They divorced in 1983.

That same year, Russell was auditioning to play Hawn’s love interest in the romantic war drama Swing Shift. He turned up to meet her, after a huge night of drinking with his dad.

“I was severely hungover,” he admitted on the late-night show Conan in 2017.

When Hawn appeared, Russell blurted out the first thing that came into his head: “Man, you’ve got a great figure.”

Luckily, Hawn was flattered, replying, “Why, thank you.”

Russell scored the role. The movie was a bomb, but it was the start of something beautiful for two of them.

“He was so good-looking, but he had no pretence about him,” Hawn told People in 2017.

“I could tell right away he wasn’t a womaniser.”

What really won Hawn over was seeing Russell with Oliver and Kate when they came to set.

“He was amazing with them. He was such a natural.”

Hawn and Russell’s first date was a cracker. They went to a club, and when they decided to spend the night together, Hawn suggested a house she’d just bought but didn’t have the keys to yet.

“We eventually found our way upstairs, looking around at imaginary furniture, and we were in the imaginary bedroom, now, and we are realistically having sex, when the police walked in because we had to break into the place to get in,” Russell told talk show Harry in 2017.

Hawn and Russell moved in together, blending their families, and Russell became “Pa” to Oliver and Kate. Kate paid tribute to Russell on Instagram earlier this year, on his 70th birthday, saying he was a “Never miss a show or game, kinda dad. Kids before anything, kinda dad”.

“I love this man so much!” she added.

Hawn and Russell had one child together, Wyatt, in 1986. The following year they starred in the rom-com Overboard, with Wyatt making a brief appearance in it too.

In 2017, Hawn told The Late Late Show With James Corden that she and Russell had recently watched Overboard, with a glass of wine.

“You know how sometimes you forget why you fell in love? I remembered everything, and why I fell in love. And it was really something to be able to watch that."

She said Russell praised her performance in the film as they watched.

“He said, ‘Honey, that was so great, you did that so good...’ It was just a shared love of each other and it was a turn-on, actually.”

Over the years, the couple kept starring in movies, with Hawn’s hits including The First Wives Club and Russell’s including Backdraft. They supported Oliver and Kate’s acting careers, and in 2002, moved to Vancouver to support Wyatt’s ice hockey career.

"Wyatt could have come up and billeted with a family connected to hockey," Russell told the Chicago Tribune. "But he was just 15 turning 16, and we wanted to be with him for the last years of his high school life."

In 2017, the couple received side-by-side stars on the Hollywood Walk Of Fame.

“Thanks to my kids Boston, Oliver, Kate, and Wyatt,” Russell said in his speech.

“Any father would be blessed to be gifted with the lifetime you have brought me. Goldie, to you, I owe my wonderful life. Simply put, Goldie, I cherish you.”

So why haven’t Hawn and Russell ever married?

“Because we have done just perfectly without marrying,” Hawn told Woman’s Day in 2017. “I already feel devoted and isn't that what marriage is supposed to do?”

She says they’d done a great job of raising their children, and didn’t need to get married to do that.

“I like waking up every day and seeing that he is there and knowing that I have a choice,” she added. “There is really no reason to marry.”

“Katie got married once and that didn’t work, and she’s with this most amazing human and I don’t know if she’ll marry again. The point is that we all tried marriage and sometimes marriage doesn’t work."

She says it’s not about the marriage, but about “the people and the relationship and the will to stay together”.

“You’ve got to give things up, but the joy and the excitement of being together and touching the toes of somebody at night is really a nice feeling."