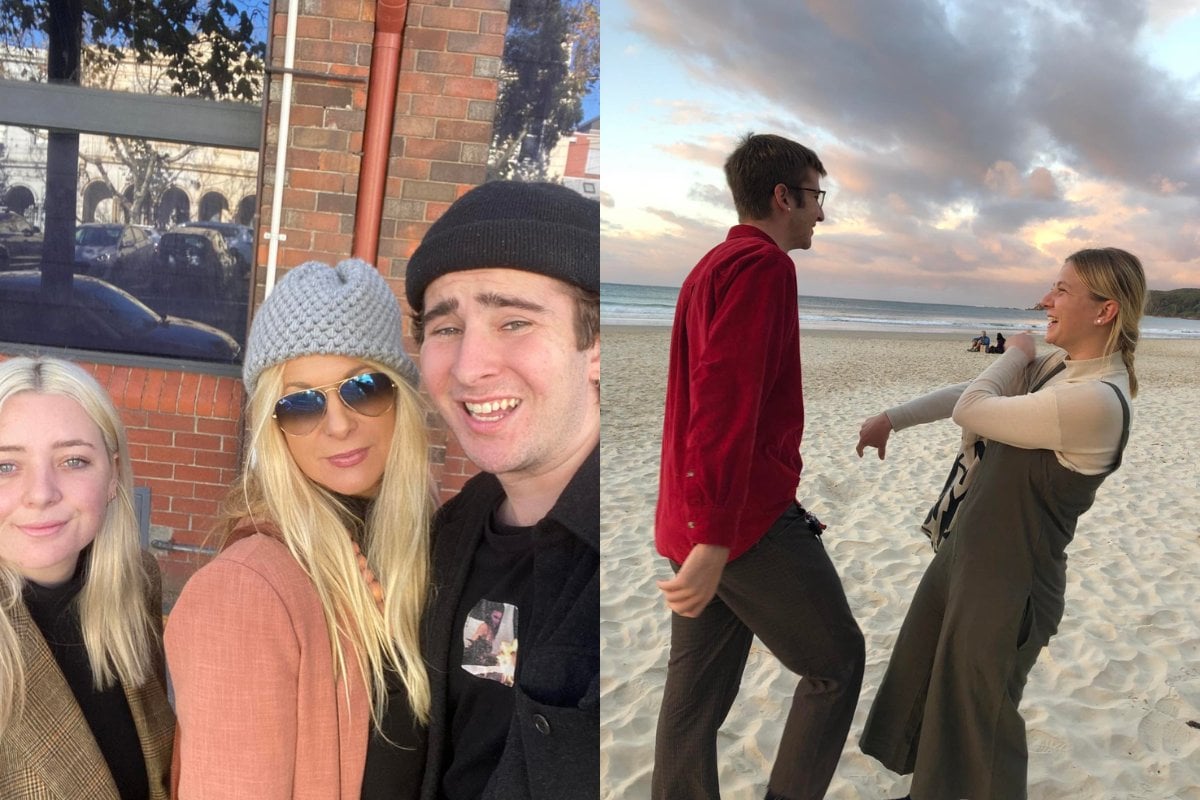 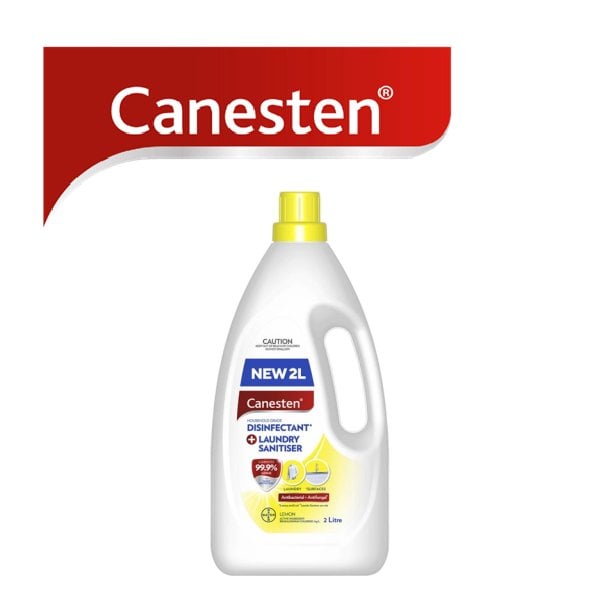 Thanks to our brand partner, Canesten

Mamamia’s Five Golden Rules series takes a pervy look into the lives of Australian families. From parents of toddlers to parents of teenagers, the series asks parents to share their golden parenting rules, including the rules for their kids, and their rules for just getting through the day.

Here's my hot take: your family is a team, and everyone has a role. These roles are super important because without them... well, you'll never make it to the finish line.

I like to see myself as the coach. An unfit, underpaid, overwhelmed woman in a tracksuit weeping in the dark at the sink. We all have our dark days when we think it's just too hard. But there's always a way to the light at the end of the tunnel.

It's about inspiration. It's about having achievable goals. Like opening a door to your son's room and not being knocked out by the stench.

It's also about rules. They're all you've got now, so you have to make it work. My advice? Don't sweat the small stuff, and when stuff does get sweated, deal with it.

When the kids were little, it was easy. You're younger, they're more compliant, and everyone is 'match fit'.

As you get older, they get trickier, you get tired, and they become an expert at knowing how to beat the coach. The coach needs to get her best game on. She needs a game plan. Here's mine.

1. Bench the stench — everyone does their own washing.

I'm very sensitive to smell, and there's a certain whiff you only get when you open the door to a teenage boy's room.

It can take you down. I've literally collapsed at the shock of it.

I once spent hours trying to find the source, sniffing every offending garment and towel. I thought I was hallucinating, I almost called an ambulance when I realised – it's spreading!

It didn't take me long to put two and two together: he plays sports and he's a sweater. In fact, he sweats the big stuff, the small stuff and all the stuff in between. Then he uses a towel. All the towels.

I was washing his stuff with all the other laundry, and the stink was on the move.

That was when I created this lil' golden rule: everyone does their own washing.

I equip them with everything they need including the extra good stuff — Canesten Laundry Sanitiser. Not only does it smell great, but it kills 99.9 per cent of odour-causing bacteria and fungi in your washing. 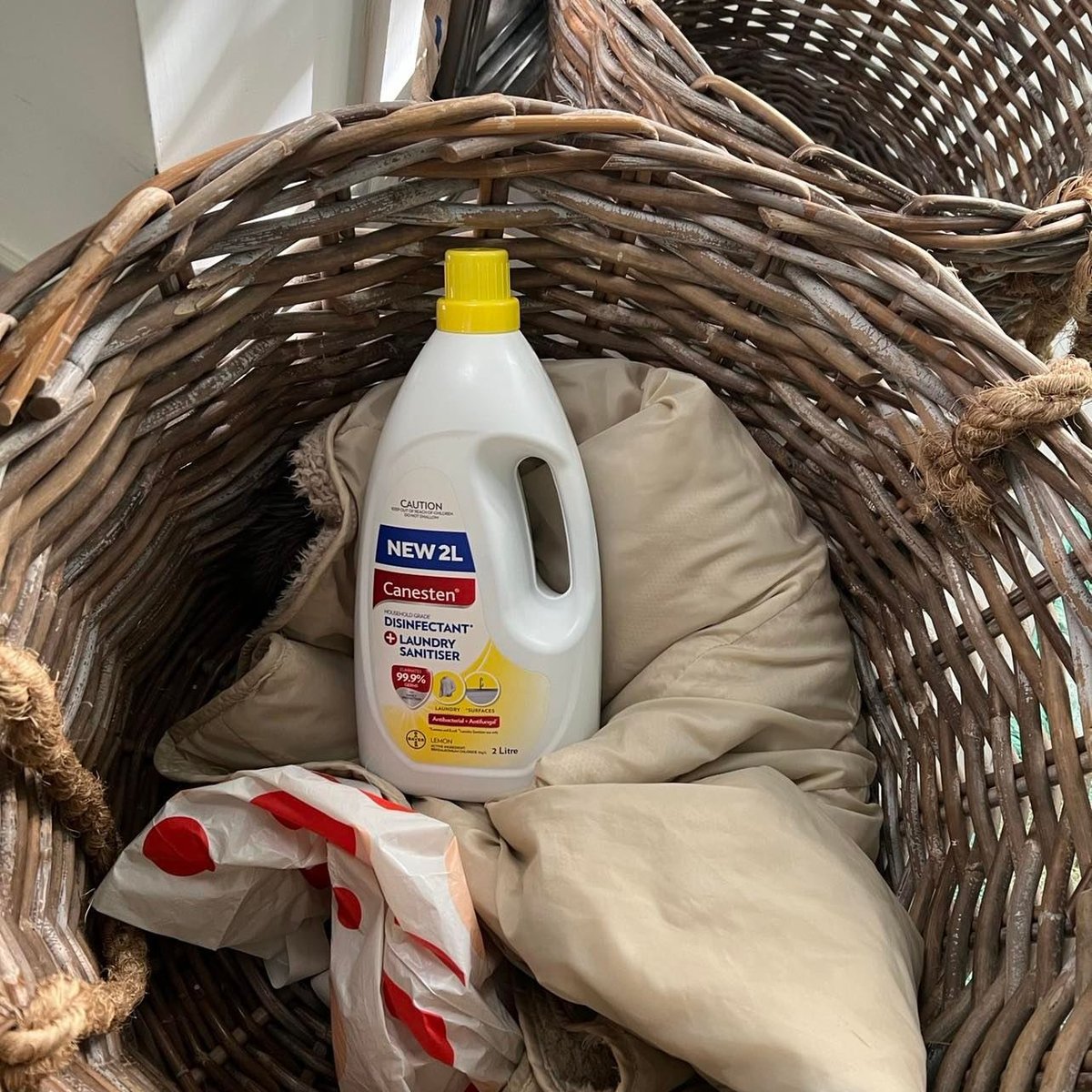 2. No phones at the table. We eat together.

Dinnertime is the one time we gather together. The way to keep the team together is with these regular gatherings. It's the tradition.

This was hard at first, but it became a habit. This is when you find out how your kids are going, and exactly what's happening. You know how you ask that question in the car 'what happened at school?' and they say 'not much'? Well, this is where you get the details. 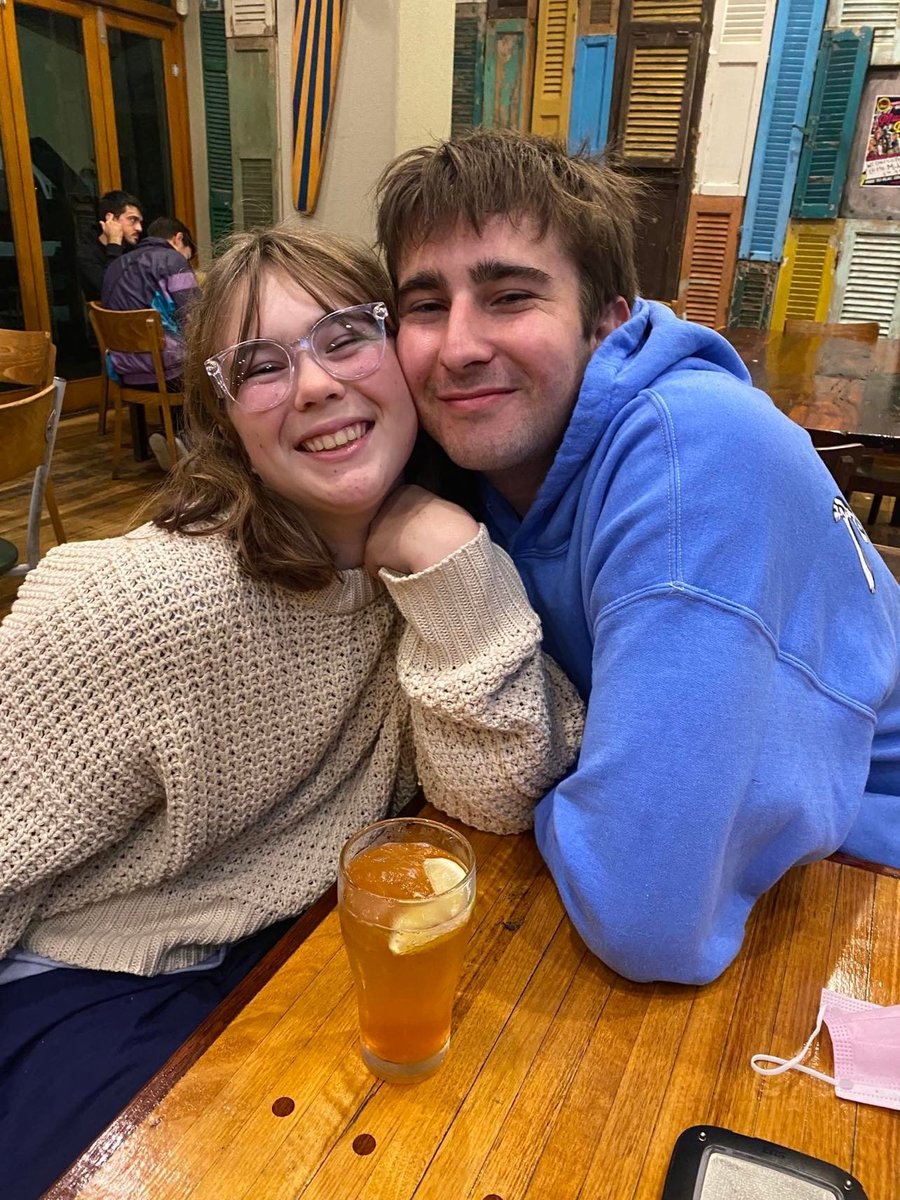 You have a laugh, and they get to talk teenager to each other. Some nights we would sit at the table for over an hour. They're the nights you think 'this team is going to make it'.

We washed the dishes when we were kids. They should do it too.

Besides, people who do the washing up become more thoughtful humans. When you spend your evening cooking, it's disrespectful for the people who ate not to clean the kitchen.

Make it fun. Everyone apart from the cook participates. Let them choose the music, let them blast it loud.

One sweeps the floor, another clears and wipes the table, someone else stacks the dishwasher. It's done in 10 minutes.

I have watched my kids laugh and tease each other and just be awesome. Sometimes, it's not exactly how I would do it. But it's getting done.

Then they get their phones back.

There's so much happening in your teenager's body.

They're growing physically and emotionally. They're not that little kid that gets hurt and climbs on your lap for a cry anymore. They become more secretive. Sometimes they shut you out and you don't know what’s going on.

It's hard but don't interrogate them. Don't go through their things when they're out. You are their parent, not a cop. You might find something out but you will have lost their trust. A good coach knows when her player is down. This is when you go to the long game. Develop a relationship and model self-care. 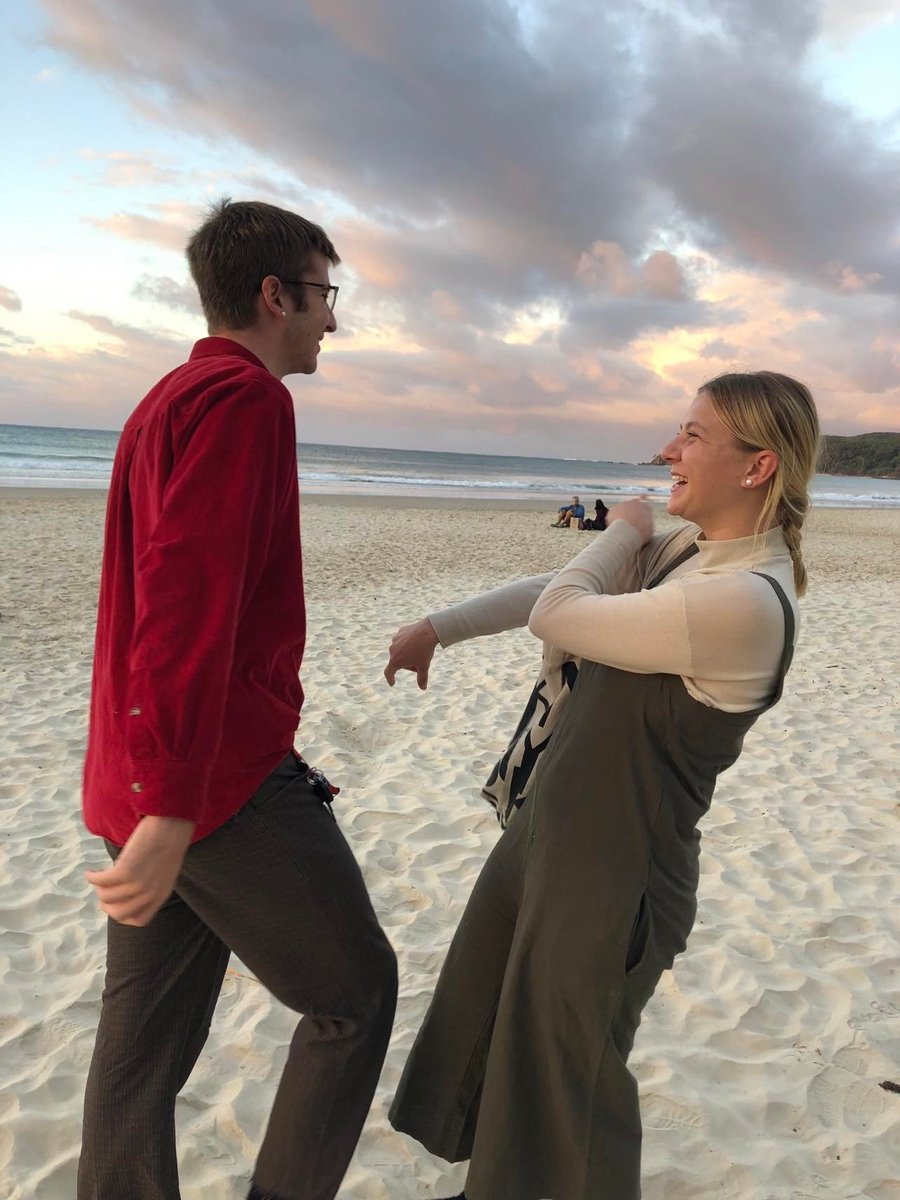 Sometimes at night I’d jump into bed and we'd watch a YouTube clip they like or I'd ask them to play me a song they were listening to. Remember to learn from them too. 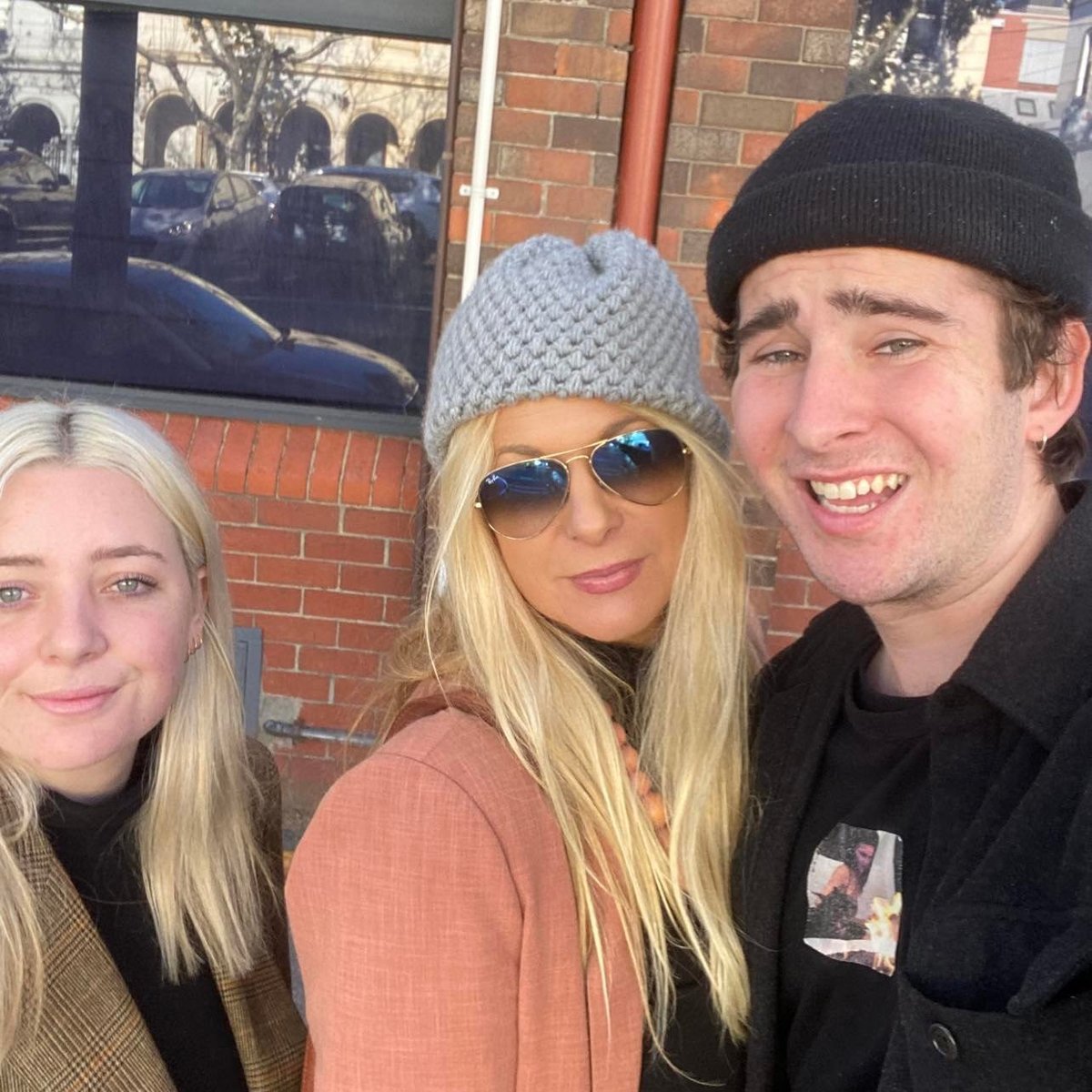 So there you go!

Lots of love, sharing food and chores, and having a few little family rules that keep the team on track.

It's never perfect. We all have struggled from time to time, but we've pulled each other through.

It's about navigating this space where they find out who they are and what they care about. It's about knowing what as a parent you can teach, and what you need to learn.

Leave space for your kids to succeed, but also leave space for them to fail. I might be the coach, but I realised long ago I'm only as good as my team. And my team are bloody amazing.

When it comes to life as hard as it's been, one thing I know is: I won.

Canesten's Laundry Sanitiser is your ally in the fight against the invisible odour-causing germs that linger in your laundry. Shop it online or in-store at your nearest Woolworths, Coles or Chemist Warehouse.

Always read the label and follow the directions for use.

When used as directed, Canesten Laundry Sanitiser eliminates 99.9% of bacteria (S.aureus & E.coli) & fungi in the wash.

Canesten Laundry Sanitiser is your ally in the fight against the invisible odour-causing germs that linger in your laundry. Adding Canesten Laundry Sanitiser to each wash will eliminate 99.9% of bacteria* & fungi in the wash, delivering hygienically clean laundry even in cold water, to help protect the whole family. Click here to learn more about Canesten products. Always read the label and follow the directions for use. *S.aureus and E.coli