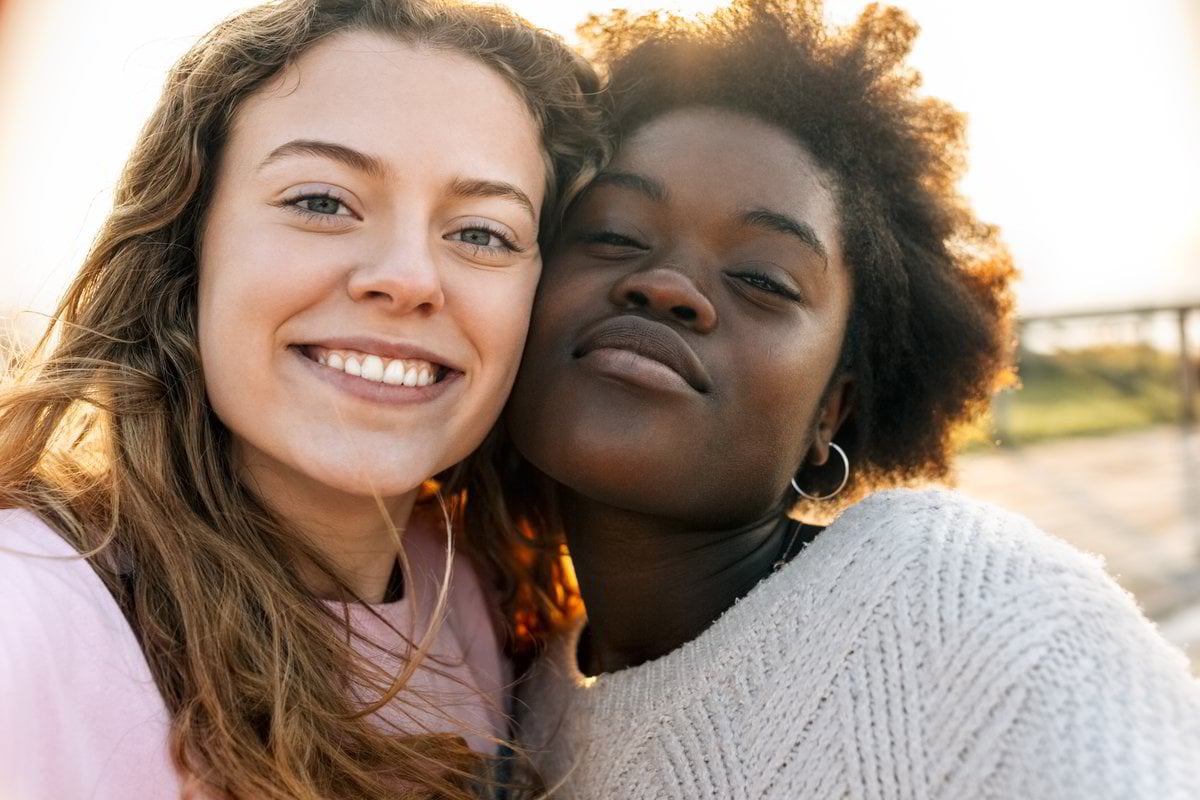 My friend, Alex, met an event planner at a party in Los Angeles. She described him as charismatic, sweet, and ambitious — a mix of personality traits you typically don’t find in the men of LA.

They went on several dates: the movies, a museum, and a wine n' paint night.

The morning after they grabbed sushi together, Alex texted this guy. She didn’t hear from him all day. A little weird, but she figured he was busy.

But that day turned into another day, which turned into weeks. This guy went radio silent on her in a matter of 24 hours. "What the actual f*ck," she rightly wondered to me.

We wouldn’t be sure for at least a few more weeks, but Alex was ghosted by this guy. She felt betrayed, in a sense. They’d gotten to know each other so well; she figured she at least deserved an explanation.

About three months after Alex was ghosted, we were grabbing coffee. I pointed out someone’s adorable puppy (like I do with every dog I see) when Alex spotted none other than Mr. Ghoster himself.

When he locked eyes with Alex, the look on this guy’s face was one of a coward. She walked up and confronted him about the ghosting, and told him he was an ass hat for treating her like that (again, her words).

I imagine this dude thought he’d never see Alex again since Los Angeles is a big city. But it just goes to show that ghosting is equal parts cowardly, lazy, and hopes they’ll never be held accountable.

If you’re thinking about ghosting someone, have the decency to send them a simple message.

Sending a straightforward text to let someone know you’re not into them isn’t hard; if anything, running into the person after you’ve ignored all their texts for months is way more awkward, trust me.

The "put yourself in their shoes" scenario applies well here. If you were dating someone you liked and, out-of-the-blue, they stopped responding to you, you’d feel pretty hurt, right?

You already send at least 20 to 50 texts a day, would it really be that hard to send one more?

I understand if you don’t want to say the wrong thing and hurt someone’s feelings. But the fact is, that’s just the way the dating cookie crumbles. Their feelings will be a bit bruised; but they won’t be devastated. And it’s better than leaving them wondering what happened instead of having solid closure.

I compiled some easy, copy-and-paste texts you can send to someone you’re not interested in anymore. But if you’re going down the route of crafting your own, make sure to avoid these:

Implying there’s hope. You don’t want to use the line "I’m just not in a place to date right now," because it implies there could be hope for the future.

Blaming something external like work/your health. I one time had a guy tell me he wanted to stop seeing me because his health was terrible. But a month later, he had a girlfriend. 'Twas not fun to see.

Being too vague. It would be a crappy situation to work up the nerve to send a text, only for the person you’re breaking it off with to not realise you were breaking things off.

Sounding like a jerk. This one is self-explanatory. Be a decent human being. Unless someone was horrible or borderline psychotic with you, there’s no need to get into too many details.

Now that we’ve gone over what not to write in a text, here are ideas for what you should write:

"Hey, I think you’re a great person, but I don’t feel a romantic connection."

Simple. Short. And to the point.

"I’ve been thinking about things, and I don’t see this going anywhere between us. I wish you the best though!"

A kind way to say you’re not a good match, but there’s no ill will.

"I want to be honest with you... I met someone else and want to see just them. I had fun getting to know you though."

I’d appreciate this response. Dating multiple people at once is normal. I imagine this happens pretty often.

"I’m not interested in you anymore. Sorry if I led you on."

Again straight to the point and not beating around the bush.

"It was fun getting to know you but we’re looking for different things and I think we’ll be better off with other people."

If you want to give a little detail, saying you’re looking for “different things” is usually a good explanation.

"I had a ton of fun getting to know you but I only feel a friend vibe. I’d still like to hang as friends if you’re OK with that? If not, I understand."﻿

I add this one in because, sometimes we meet awesome people, but the romantic connection isn’t there. If you think you’d make great friends, shoot your shot with this text.

The bottom line is: ghosting is a crappy thing to do. You’d hate it if someone you liked stopped talking to you, so don’t do it to other people.

By sending one of these texts, you don’t have to think much, and the other person can have some peace of mind and move on.

This article originally appeared on Medium and was republished here with full permission. You can read Kirstie’s other articles on Medium or follow her on Instagram  @wordswithkirstie